Big Bear Lake is one of the largest lakes in Southern California, at about 8 miles across. While you can drive completely around it, the best way to see it is to get out on the water itself. I got a chance to do that recently with Captain John, and it was a fantastic experience. Read all about it below. 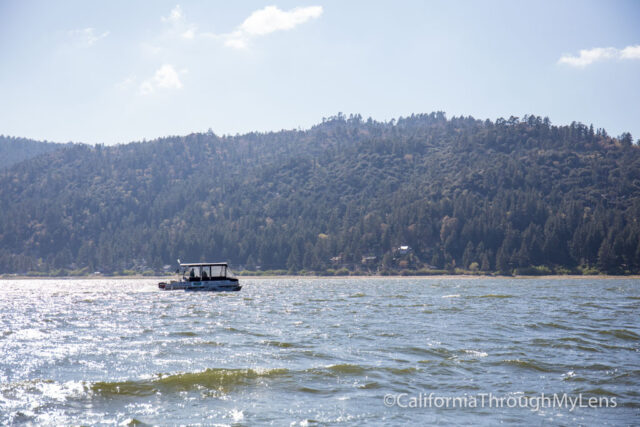 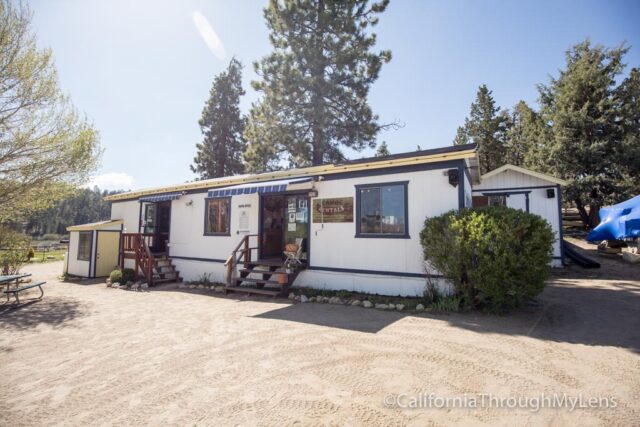 Captain John’s Fawn Harbor Marina is located on the Fawnskin side of Big Bear Lake, right off Highway 38. It’s difficult to miss as it is right on the highway and there is parking near the boating area. Do call ahead though, so you can reserve a spot and make sure the boat isn’t full. 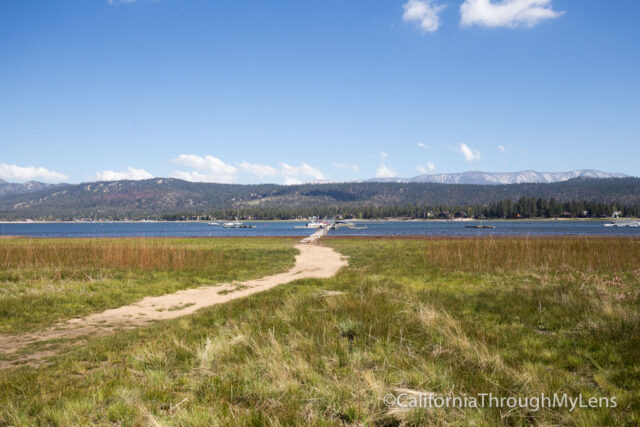 First, Captain John is a fantastic person to spend a few hours with. He is incredibly knowledgable, and his tour takes you all over the lake while he tells you stories and information about the houses and the area’s history. He has been doing the tours since 1979 and has lived in Big Bear since the ’60s, so he really does know a lot. 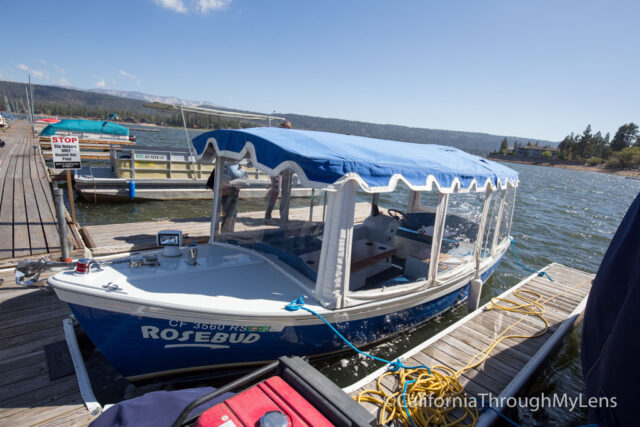 I enjoyed being on the water with Captain John; he was one of those people that you just instantly like hanging out with. He is a great musician as well and often plays at many of the local restaurants. Be sure to ask him if he is playing anywhere when you go as you do not want to miss his fantastic rendition of “Folsom Prison Blues” on the ukulele. 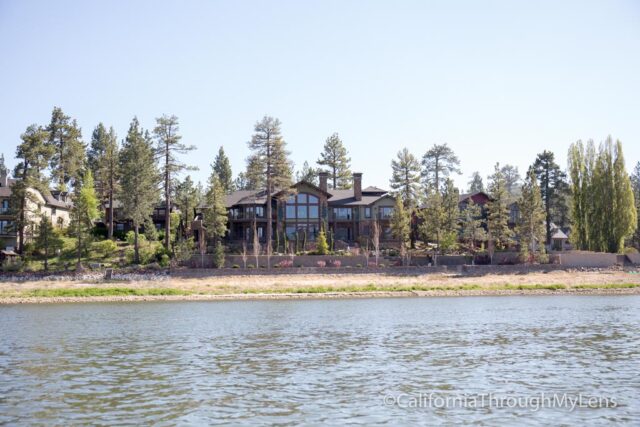 The tour itself is a kickback hour and a half on the water. Captain John takes you around slowly and tells you about the different houses that line the shore and who lives in them. 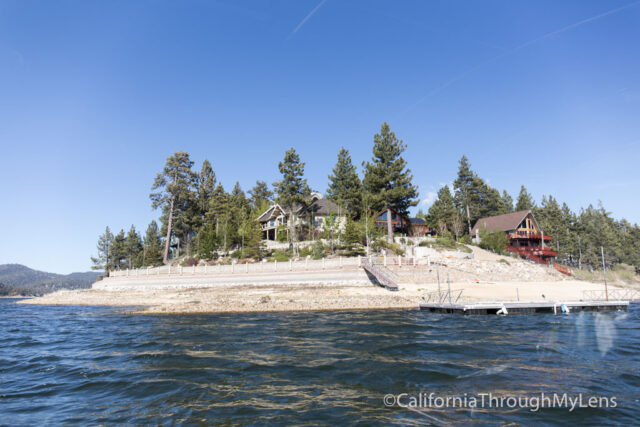 I learned that Ron Howard, Mike Judd, and the guy who created Taco Bell all had a house on the lake at one point in time. 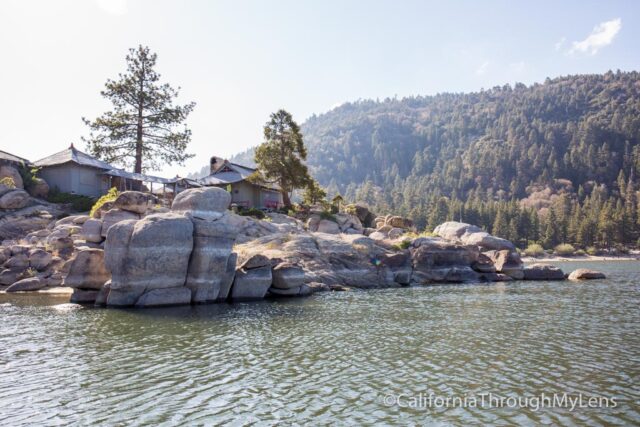 He also took us around to see the older part of Big Bear, where all of the houses sit on Forest Service Land, including China Island. 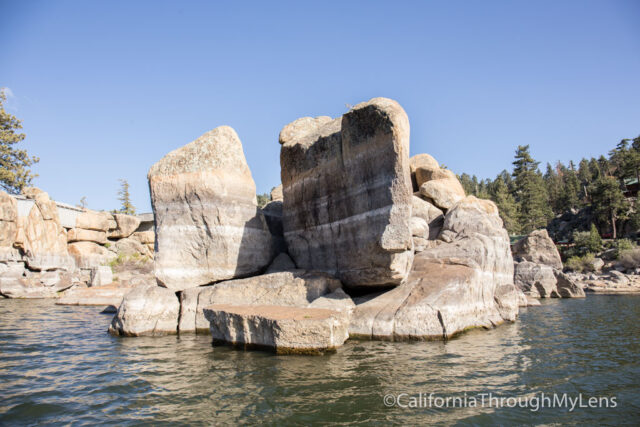 This is a trendy area for swimming as there are tons of boulders to climb on and explore. 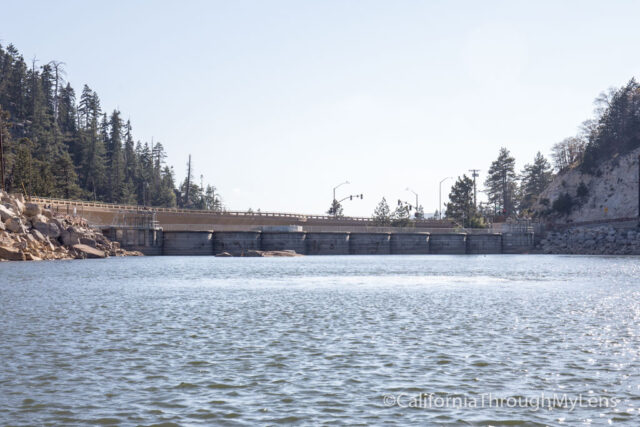 We also got to see the dam from the backside as well. You can’t get that close to it though, as there are rocks in the water that stop that from happening. 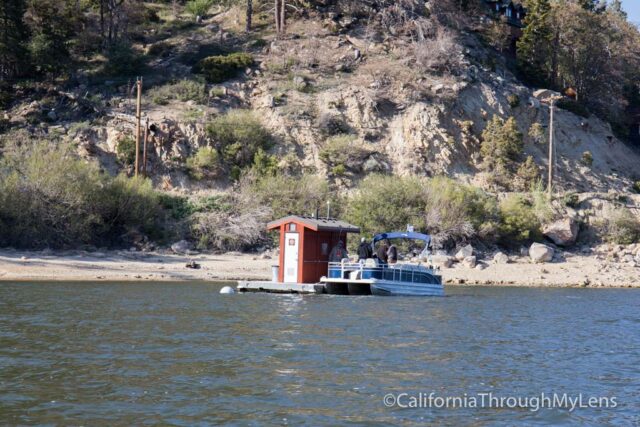 On our way back, we passed SS Relief, which is the floating bathroom that they have 3 of in the Big Bear Lake. Such a great idea and something I didn’t know about before the tour. 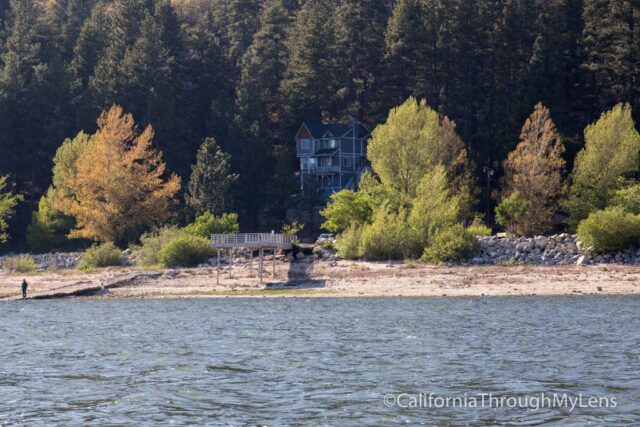 On the north side of the water, there is even a wheelchair-accessible fishing dock, which is an excellent addition to the public land there. 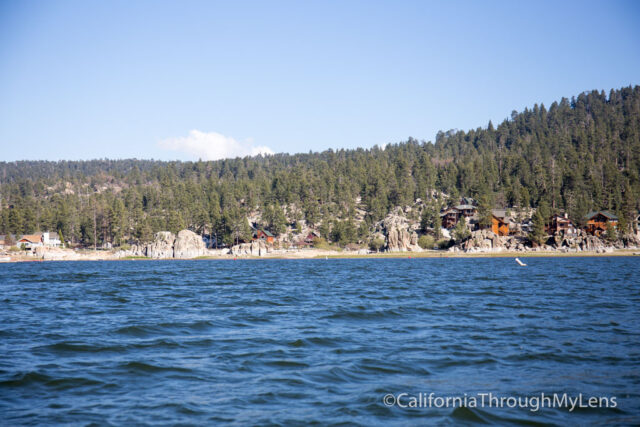 We learned from Captain John that six bald eagles live along the lake, four chicks, and two adults. We kept our eyes peeled but didn’t see any during the tour. 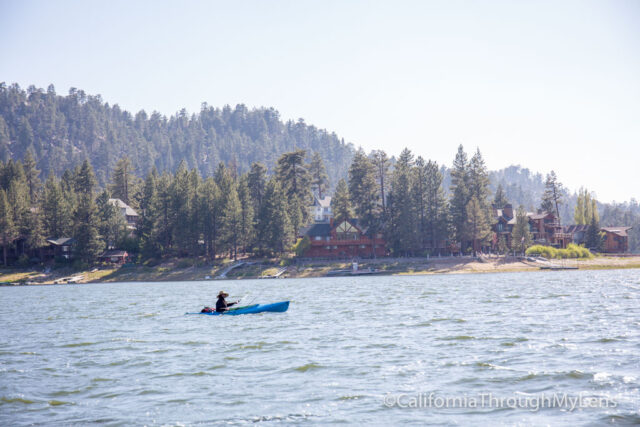 After talking with Captain John more, I learned that he runs a frisbee golf course right on the water that you can play for free. It is out on the land that has surfaced since the California drought has dropped the water level. I have to imagine it is one of the most beautiful frisbee golf courses in all of Southern California since the backdrop is the Big Bear Lake. 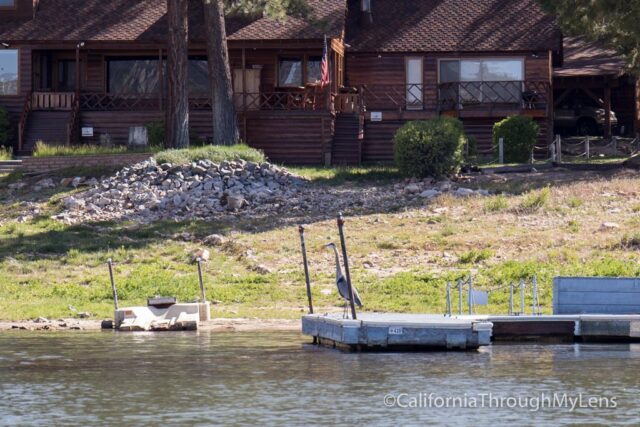 After an hour and 45 minutes out on the water, we headed back in. My group enjoyed Captain John so much that we ended up going to hear him play some songs that night at the Pines Restaurant as well. I highly recommend you do this as it is a lot of fun. This is an excellent tour with a knowledgable guide. I really enjoyed my time, and I wouldn’t hesitate to bring others back and do it again. Be sure to check it out if you visit the area and let me know if you have been in the comments.