I initially heard about Colorado Donut from a foodie friend of mine who had seen all the crazy donuts they make online. I was immediately excited, as I am a huge sucker for fun new donuts, so I made the way out there the next day on my way to Malibu. I can honestly say this is one of the best donut places I have been to in a while. They have a mind-blowing amount of options, including a lot of unique stuff like the Elmo donut and deep-fried Reese’s Peanut Butter Cup donut. I recommend you check them out, here is all the info. 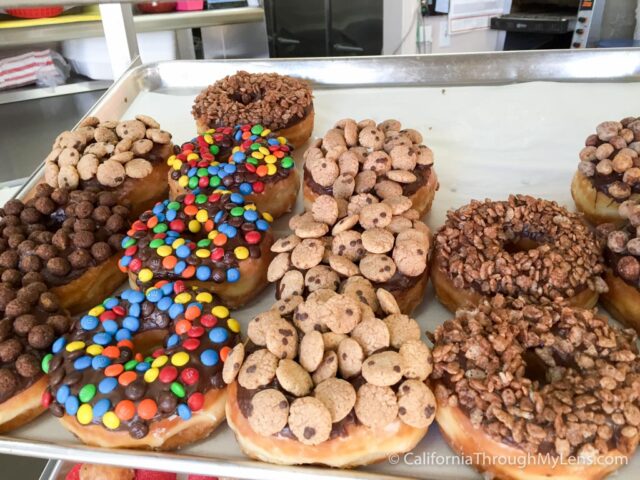 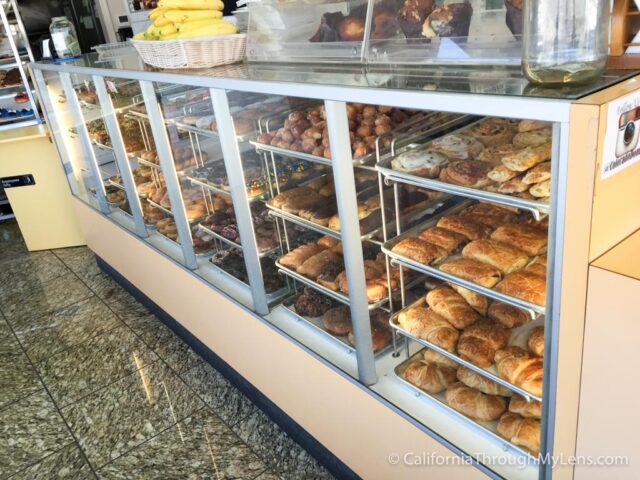 I was meeting a friend for a hike so I ordered five donuts for us to try. Honestly, it was hard to even pick five as there were so many donuts I had never seen before here, ranging from s’mores with marshmallow in the middle to red velvet glaze and deep-fried Reese’s Peanut Butter Cup. Here are the ones I chose. 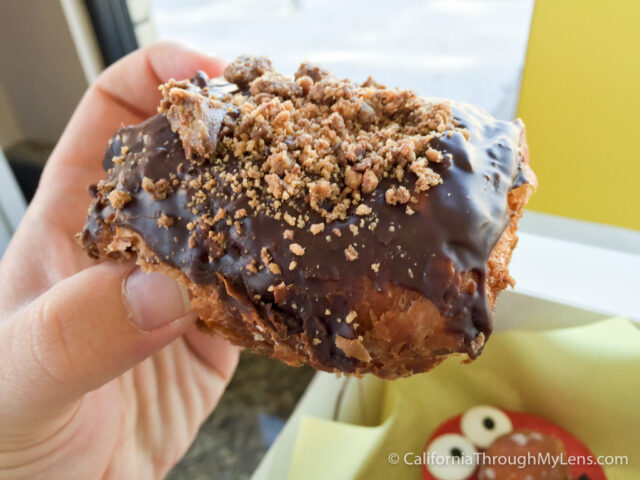 Reese’s Peanut Butter Cup Croissant Donuts – Deep-fried Reese’s in between a croissant donuts. This thing is incredibly sweet, almost overpowering but it really good if you can handle the sweetness, probably best shared. 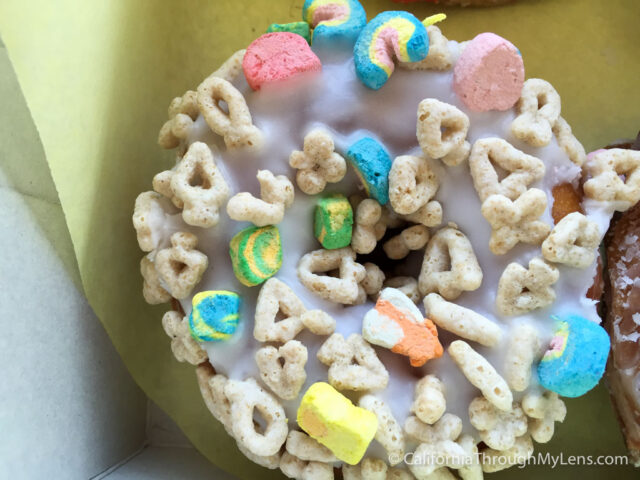 Lucky Charms – Good glazed donut with a rich vanilla frosting. Usually the cereal gets soggy on donuts like these but it was crunchy, which made the donut pretty good. 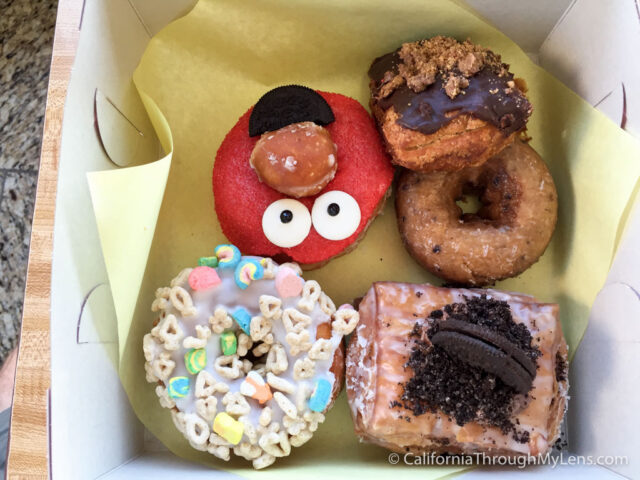 Blueberry Glaze – I am a sucker for blueberry glazed donuts and this was one of the better ones I have had. It had a really good blueberry flavor that was not overpoweringly sweet like some of the others. This is the donut I would get here all the time if it was local. 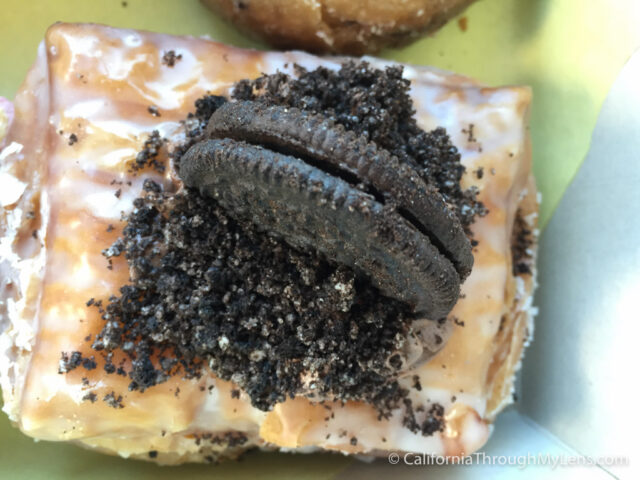 Oreo Croissant Donut – Another really good croissant donut covered in glaze. The croissant flakes off and is full of flavor. The deep-fried Oreos in between add a huge sweetness to the donut, it is another donut you probably would share. 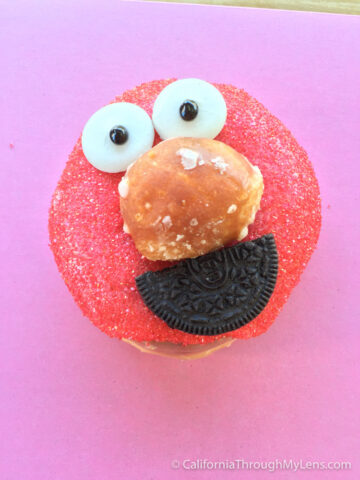 Elmo Donut – My least favorite of the bunch, it has a raspberry flavor with a strong sprinkle crunch. The eyes are white chocolate and the nose is a donut hole. I would say this is not a great donut to eat as I wasn’t a huge fan, but it was worth it for the photo, as is the Cookie Monster one.

As you can see this is a fantastic donut shop. They have so many great options that I will be back often in the future when I drive thru Eagle Rock. Let me know if you have been in the comments and be sure to post a photo of your favorite donut.