Right on the outskirts of the town of Redcrest, near Scotia, sits a fun little roadside attraction called the Eternal Tree House. This stop boasts everything from a gift shop to a restaurant, but it is only open certain times of the year. When I went, the other pieces were closed, but I was still able to take a quick peek into the Eternal Tree House, which is always open. 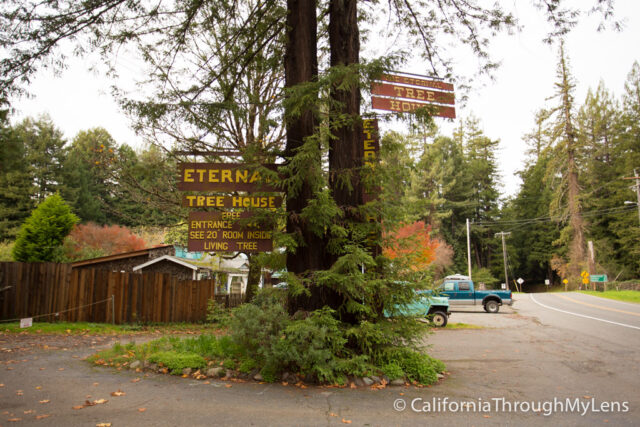 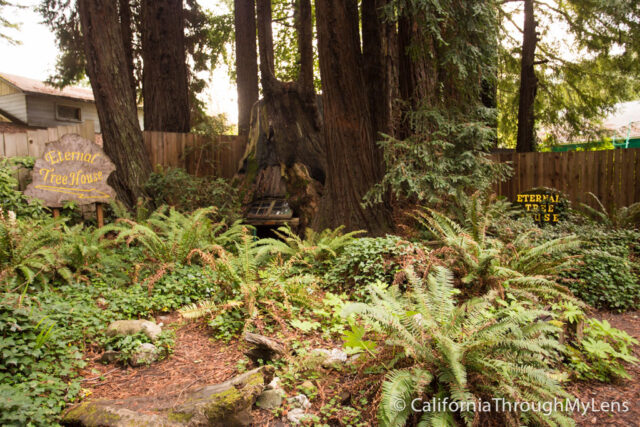 When I pulled up to the Eternal Tree House, I assumed it was closed based on the lack of people. As I wandered around though, I saw the treehouse near the back of the area and went to explore. 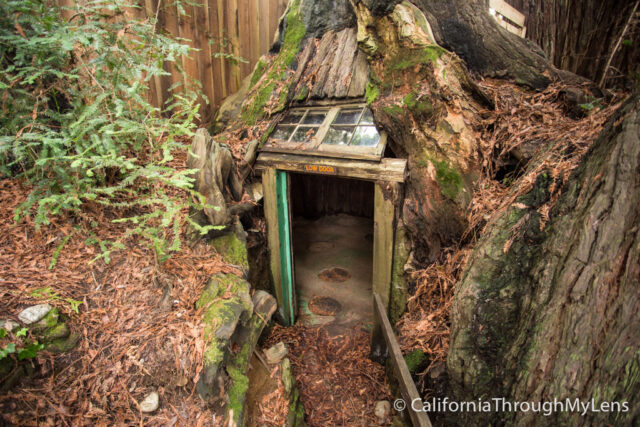 When I got closer, I realized it was open and had a light on, so I was able to peek my head inside. 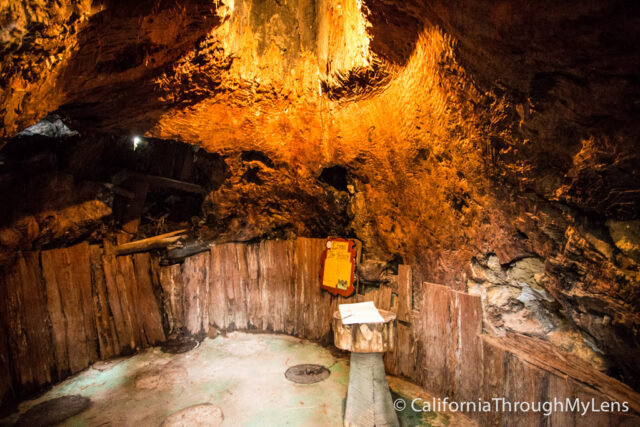 While it is called a treehouse, it is more a hollowed out old tree stump. The stump itself is pretty massive though, and it would be a super fun place to play when I was a kid. 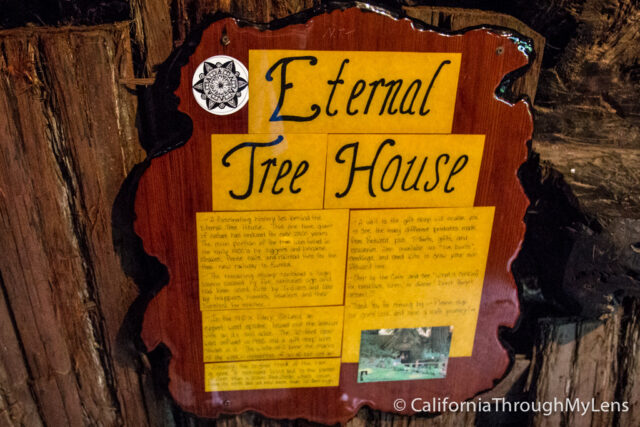 Inside the treehouse was nothing but a small guest book that you could sign. I snapped a few pictures then headed back out. On the way back to my car, I did stumble on this fantastic California bench though. I want one of these for my house! 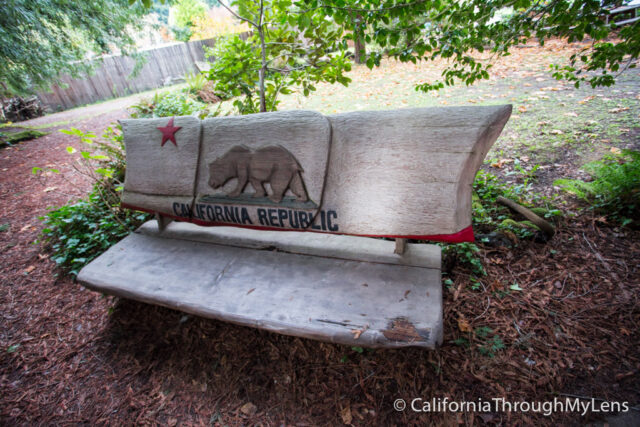 I stayed in this spot for as long as I could, as for me it meant the end of my time in Avenue of the Giants, which is one of my favorite places in all of California. It’s a fun 5 minute stop for kids though. If you have been when the store and restaurant are open, please let me know in the comments.