Located in the town of Weaverville, about an hour outside of Redding, Joss House State Historic Park is an interesting stop if you happen to find yourself in the area. The history of this unique temple and how well it has been preserved made it much more enjoyable than I even anticipated it being. It really is a highlight in the historic state parks of California. Here is all the information so you can check it out for yourself. 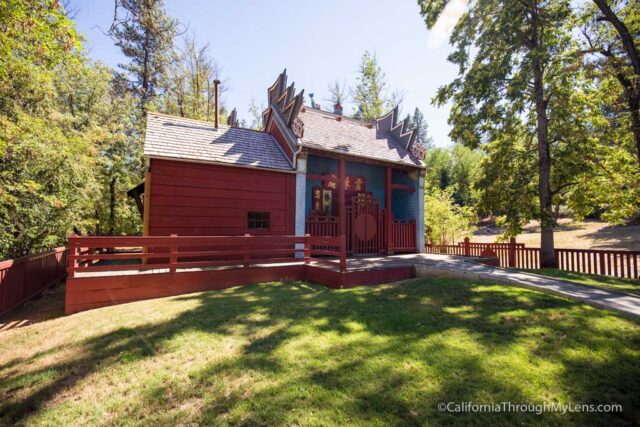 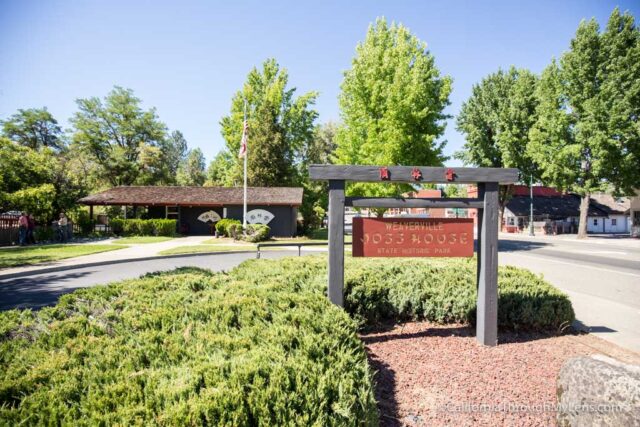 This state park is located in the town of Weaverville at the intersection of Highway 3 and Highway 299. It is pretty remote and not something you would stumble on. I went when I was heading over to the coast from Redding, so if you are doing that, then be sure to stop by. You can’t miss it when you get to the town as it is on the left in the downtown area. There is a decent sized parking lot as well. 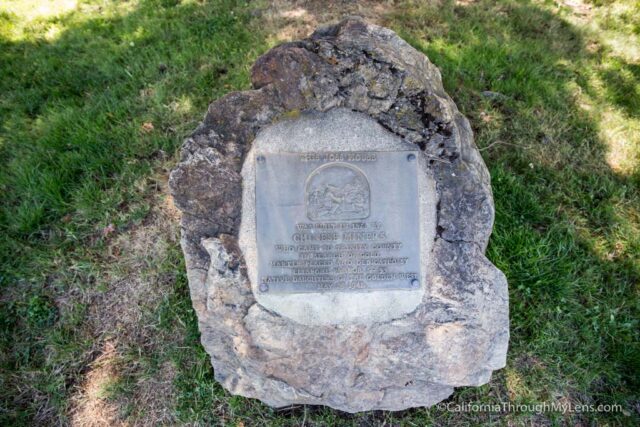 This Taoist Temple, known as the “Temple among the trees beneath the clouds,” started its construction in the early 1850s. Most of the pieces were from the 1850s-1870s, and they were shipped into San Francisco from China. The temple, as it stands today, was completed in 1873. It was eventually gifted to the state for preservation in 1956 by the Lee family, who now maintains it as a historic spot in California. 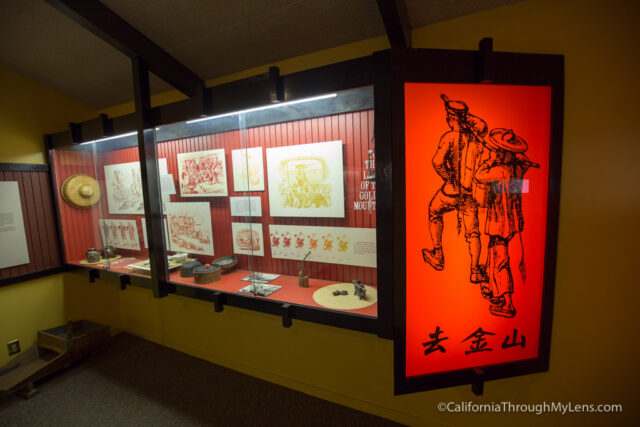 I arrived just at the start of a tour and paid my $4, so I could hop on it. There were only two other people with me on the tour but the docent that lead it was fantastic and answered a lot of questions. You can see the temple exterior without a tour, but if you want to go inside, that is only possible on a guided tour. 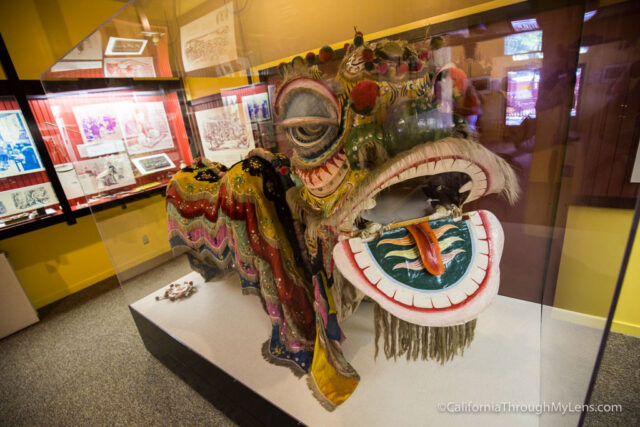 The tour started at the visitor center, which has a few fun items from Chinese history. I really liked the old dragon that they have sitting in the center glass. 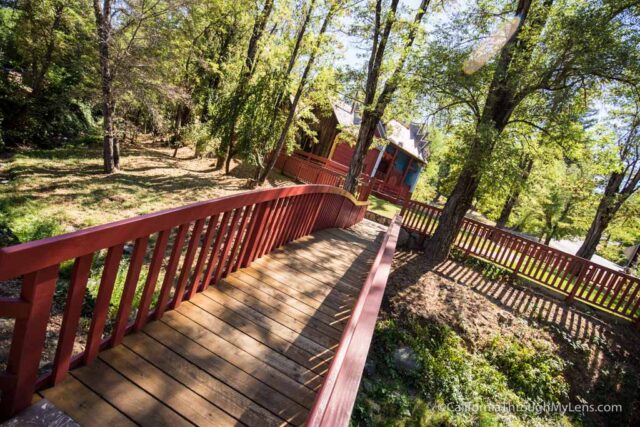 From there, it heads over the bridge and to the temple. 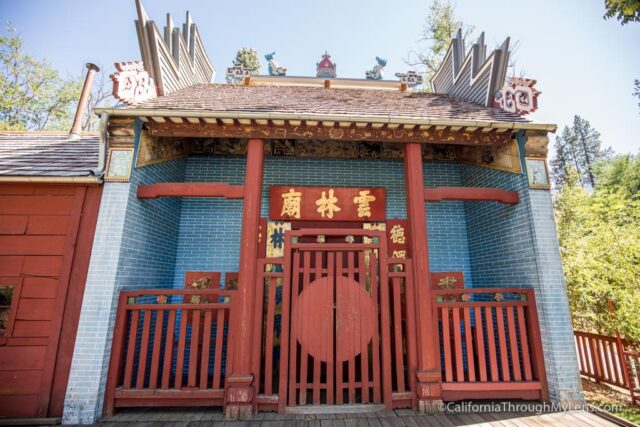 The temple is impressive from the outside as it has lots of pastel colors that you would not expect to see in an area like this. 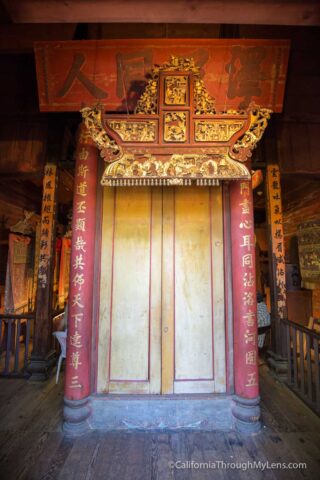 Walking into the interior takes you over a series of raised steps and around a large door in the middle of the walkway that doesn’t open. The reasoning for this is that they don’t believe that evil spirits can walk around doors or over steps like this, so it keeps them out. 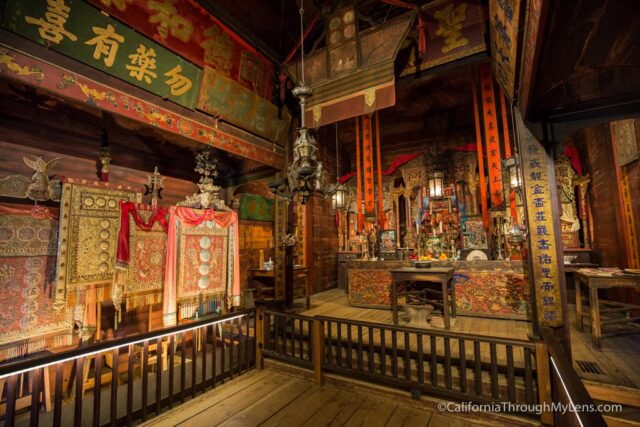 The interior of the temple is beautiful in the way it spotlights the artifacts and pieces on display. It is still used on and off as a temple, so that is why there is so much in it. 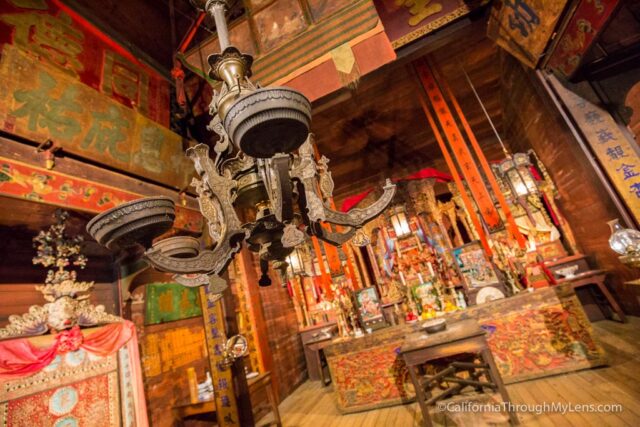 The tour guide let us sit in here and walk around to look at the different pieces while he told us the history and answered tons of questions. 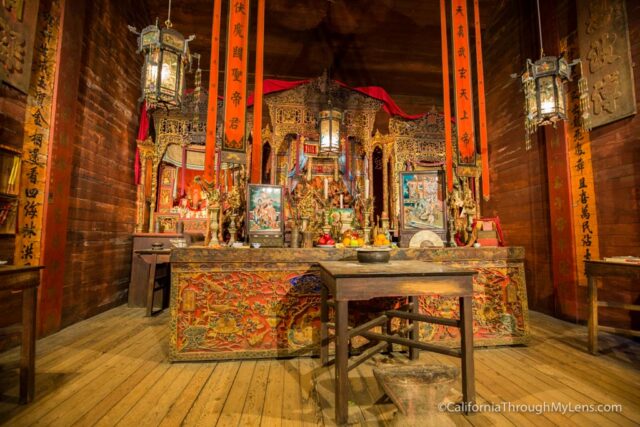 I was overwhelmed by trying to find the best spots for pictures as there’s so much to look at. 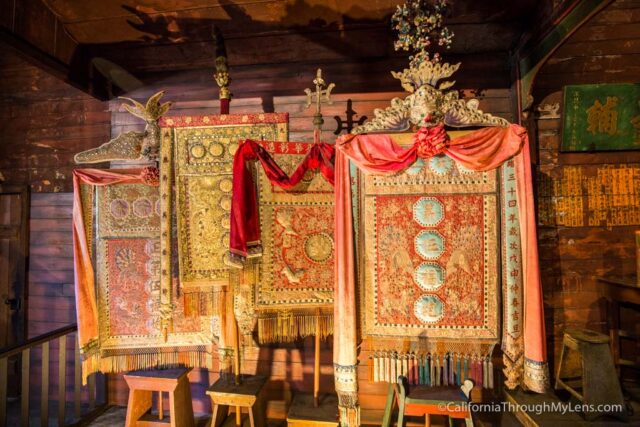 On the left, there are mirrors that each represents a season. 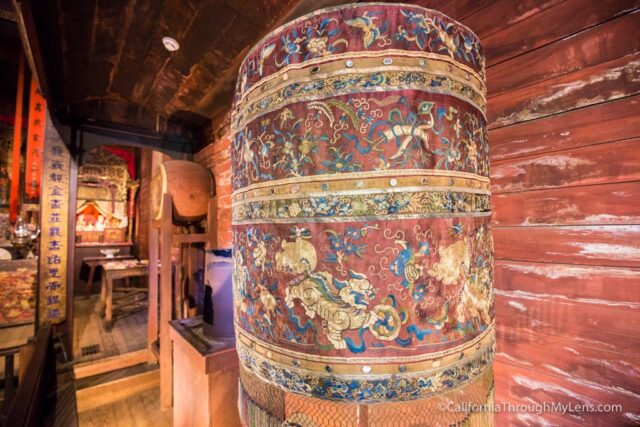 On the right, there is an old bell that they ring for special occasions. 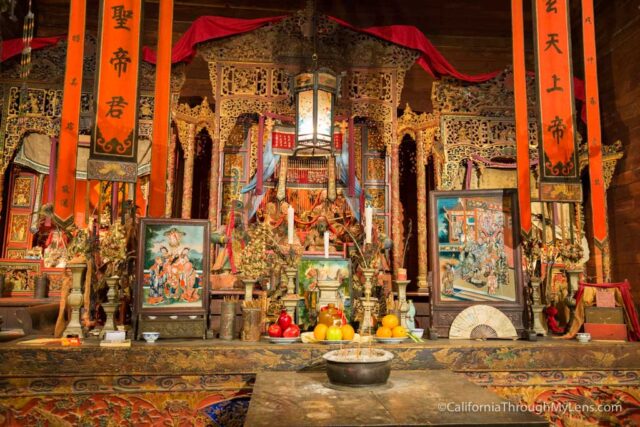 In the middle is where all the offerings and artifacts sit. 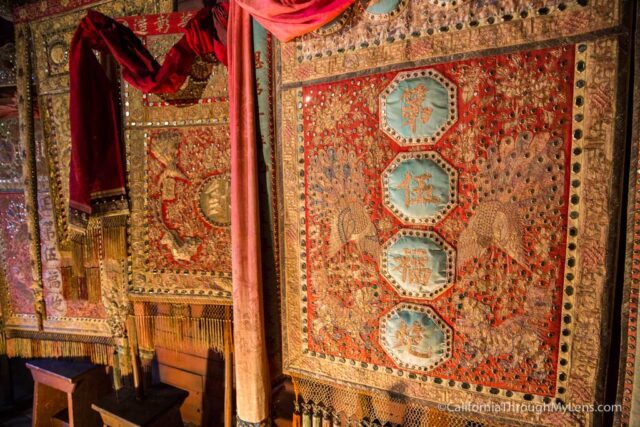 After looking around and asking questions, the tour ended, and we exited the temple. It was a unique state park and one that I highly recommend if you are driving through the area. Let me know if you have been in the comments and what you thought.