Update 2013: You can still see a Banksy creation from his time in LA near S Broadway and W 9th St in the parking lot. It is this one below. The rest of this exhibit is gone, though. 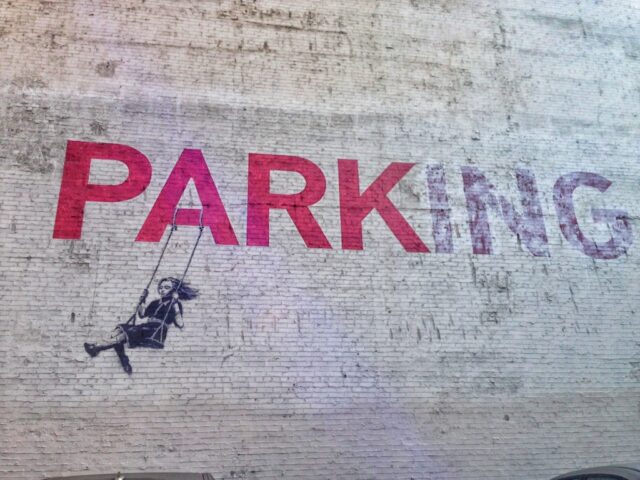 I will fully admit that I, like most everyone else, had no idea who Bansky was before the documentary “Exit Through the Gift Shop.” However, after I saw it, I was immediately hooked into the world of street art and the exciting idea that Banksy and others represented in that area. As a fan of nontraditional art, good street art has a style that pushes the boundaries but has a message. It is not as much about tagging as it is social statements. Since Bansky lives in London, I figured he would not have much art outside of Europe but decided to search on Google to see if there was anything I could go look at in LA. I stumbled upon a gold mine as it was the last week of MOCA (The Museum of Contemporary Art) in LA’s exhibit called Art in the Streets, and Bansky had a lot of work featured there. The following pictures are some of my favorite pieces of art that he had on display. There is not much else to say about them other then they all have a fresh style that is different then what you would typically see. I wish this exhibit would come back, as this was in 2011, but this is the only time I have seen it happen in LA. Check out some of my favorite pieces below. 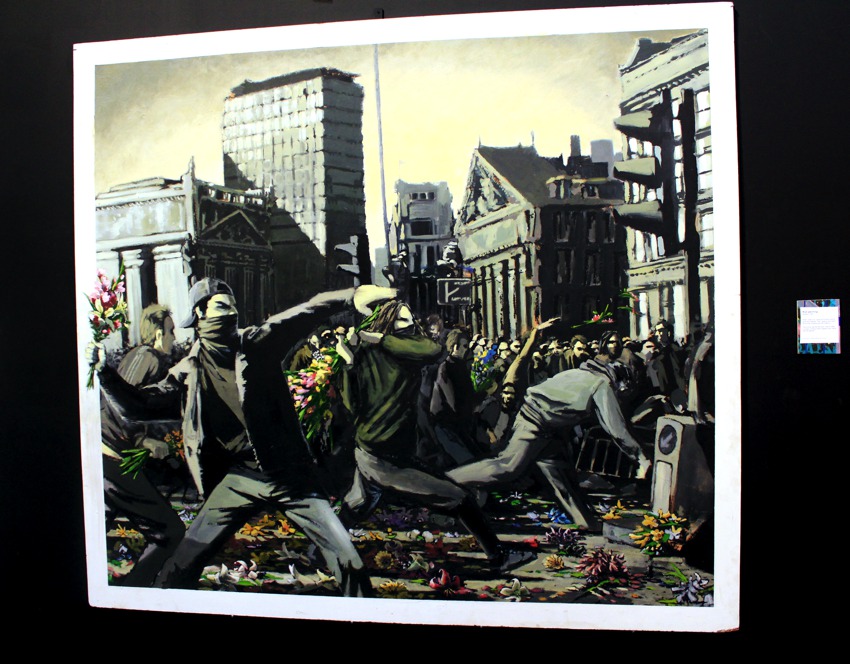 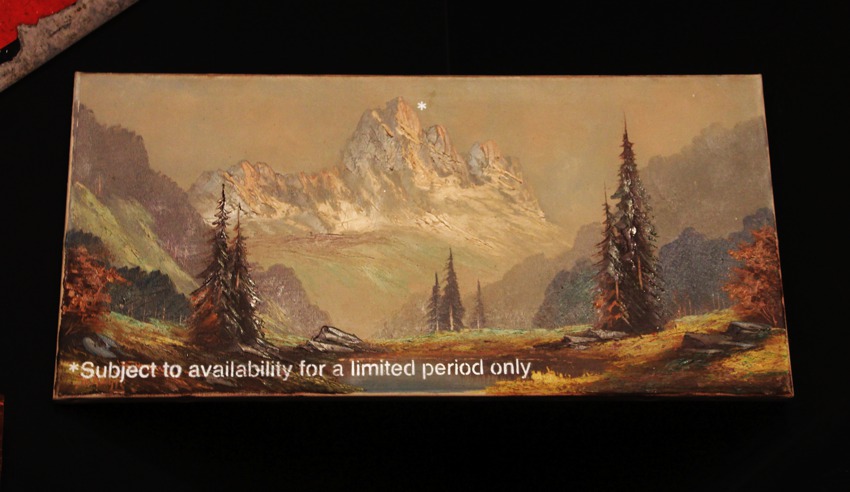 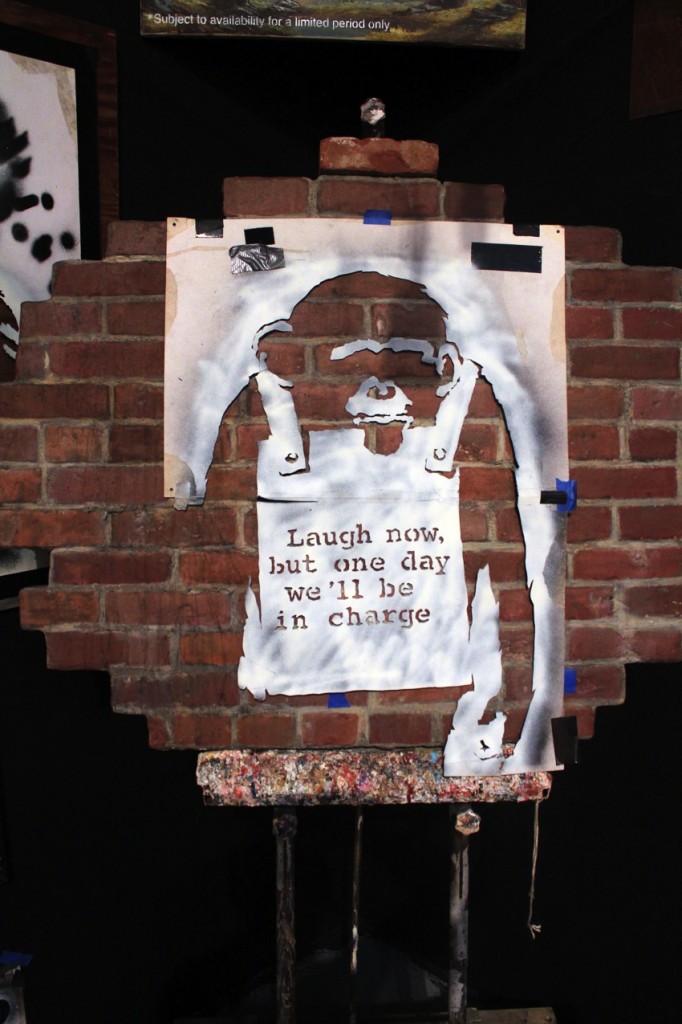 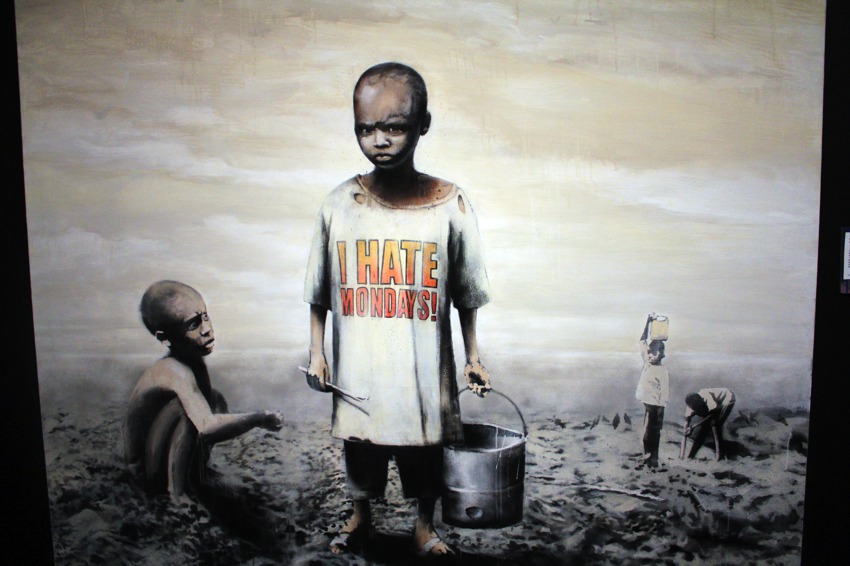 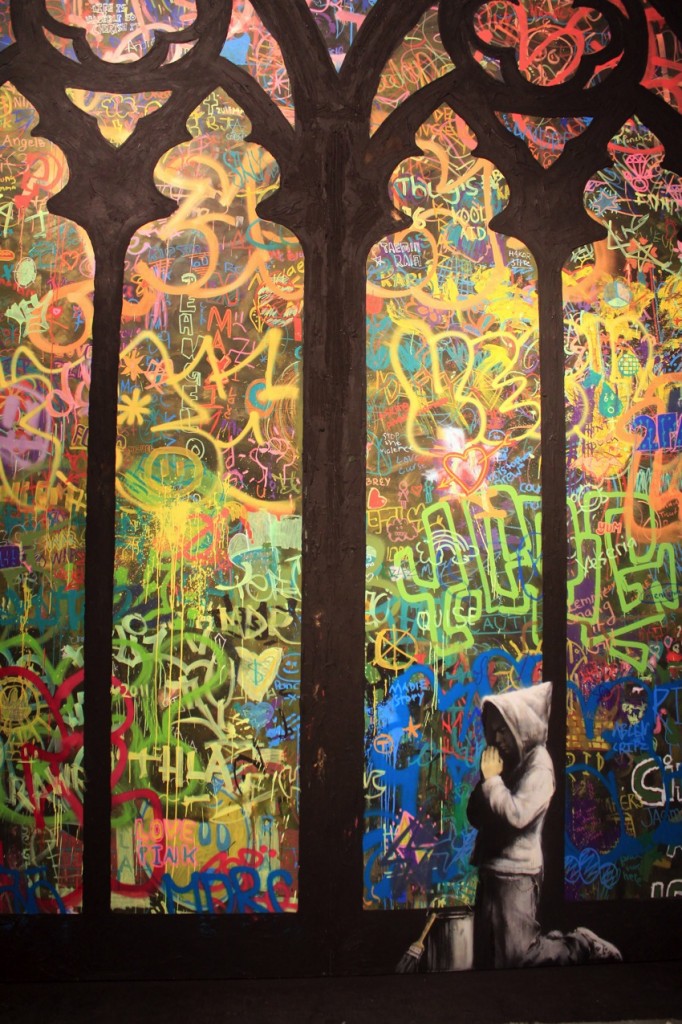 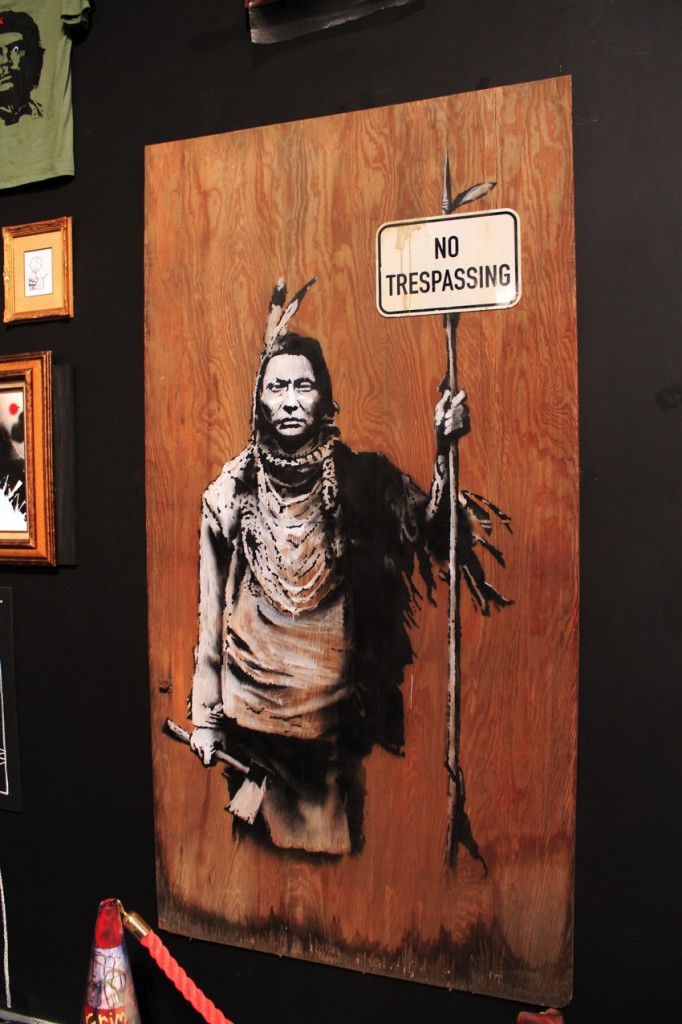 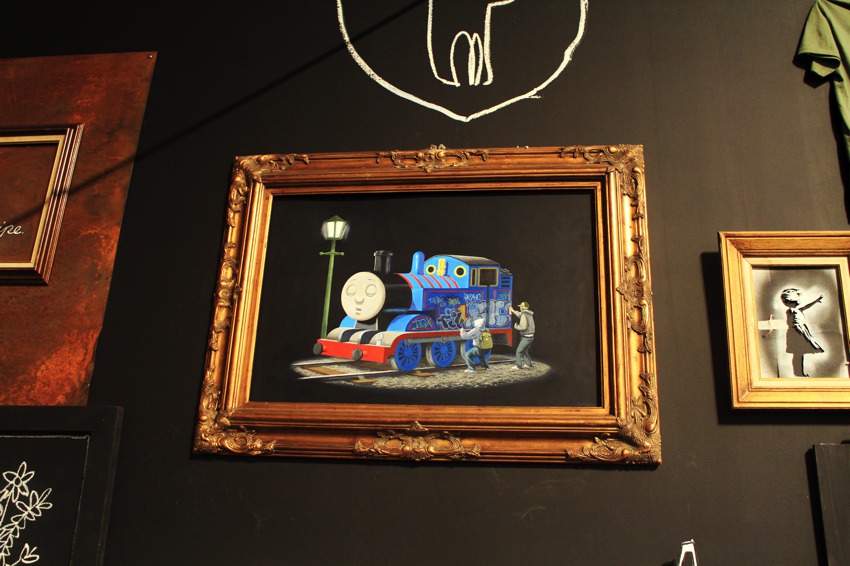