Oh, La Jolla, how you continuously capture my heart! I have been to the Children’s Pool half a dozen times, and the walk from Scripps Park to the Children’s Pool cove is still one of my favorites. It reminds me of the Sunset Cliffs in San Diego, while not as majestic but still equally beautiful. When you get to the Children’s Pool and see all of the seals frolicking in the sand, it’s hard not to be a kid at heart. This free attraction is a must for any visit to Southern California. 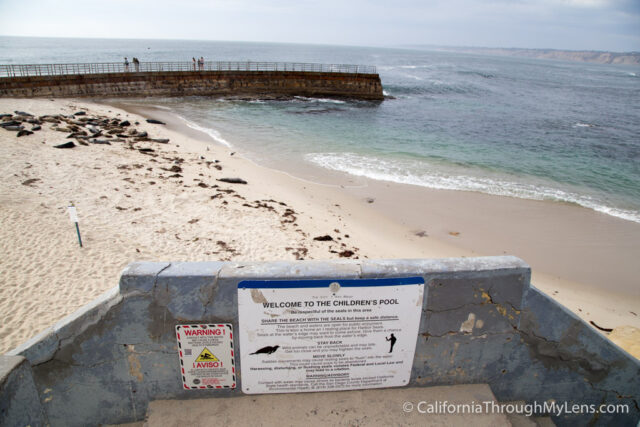 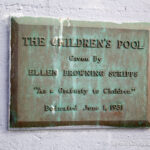 The sea wall was built in 1931 to protect the beach from crashing waves, making it a favorite spot for divers, swimmers, and families with children. Before the “wave wall” was built, there was a shallow water area between a large rock and a mainland bluff called “Seal Rock Point.” The sea wall was built on top of several rocks, across the channel. It is topped by a paved walkway protected by railings. Local philanthropist Ellen Browning Scripps paid for the sea wall project to create a Children’s Pool, a place where children could play and swim that would be protected from the waves coming onshore.

In September 1997, the city closed Children’s Pool to swimming because of “continuously high fecal coliform counts,” later confirmed to be caused by seal excrement. At that time, a discussion began about whether the seals should be removed from the Children’s Pool beach. In 2004 the NMFS said the matter was a local issue for the city to resolve and that the city can remove seals it considers a nuisance from the beach if it chooses to. As of late 2009, about 200 harbor seals were using the beach regularly. The seals have become a popular tourist attraction.

Children’s Pool and the Seals 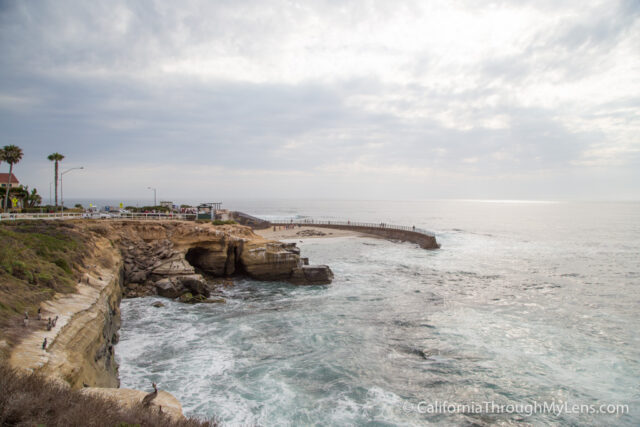 If you walk from Scripps Park like I suggest you do, then you will be greeted with beautiful views of the coastline the entire way. This area is especially fantastic at sunset, assuming you can find parking. 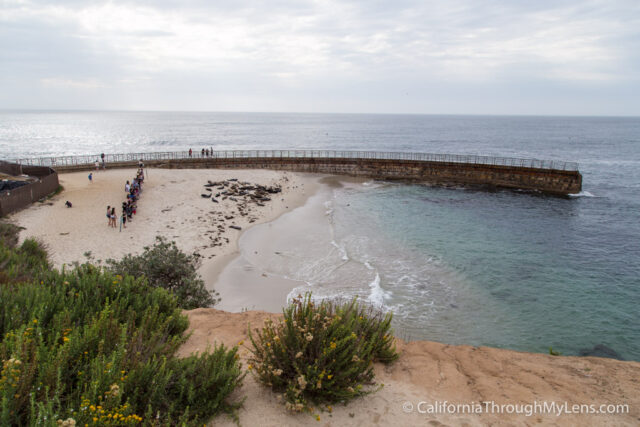 After arriving at the Children’s Pool, you can either walk down the steps to the beach (sometimes the beach is closed though) or walk out on the jetty. Obviously, I recommend both as you want as many angles as possible for your pictures. 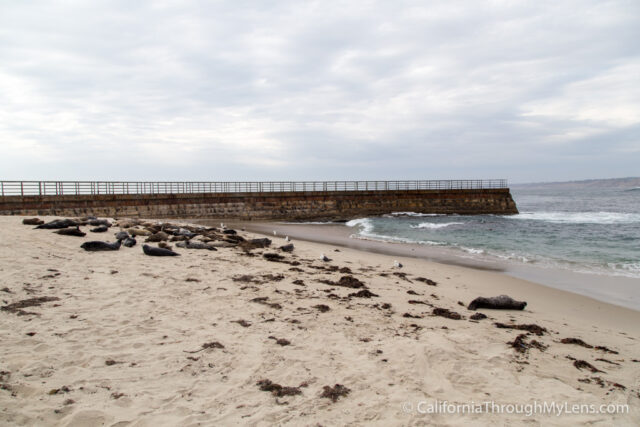 I would suggest heading down to the beach first though. There are about 20 steps to the sand, and then from there, you can walk to about 15 feet away from the seals. There is a rope installed so you will know how close you can get and obviously don’t mess with the seals as you don’t want to screw up their habitat for others to enjoy as well. 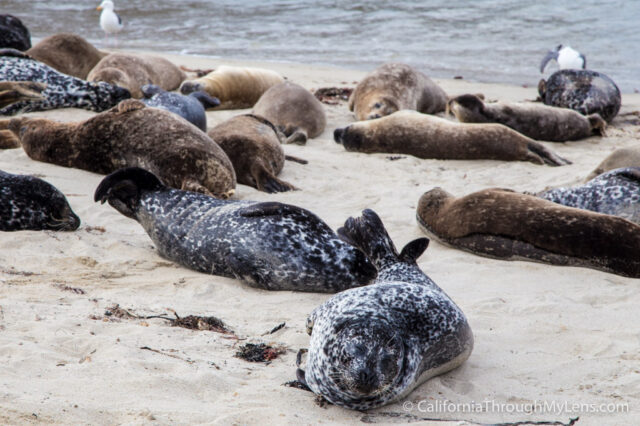 I like to sit on the sand and just watch them interact with each other. They are often making noises, throwing sand, and flopping around, it is a lot of fun to see, and they are unique animals (when they are not sleeping). 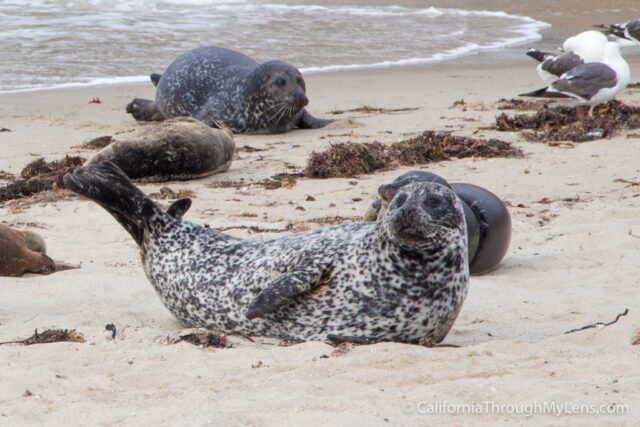 After checking them out from the sand, you can head out on the jetty for a different view. This is also a great place to get a view of downtown as well. When I last went, it was under construction, but there was a way they had made around it so you could still go out on it. 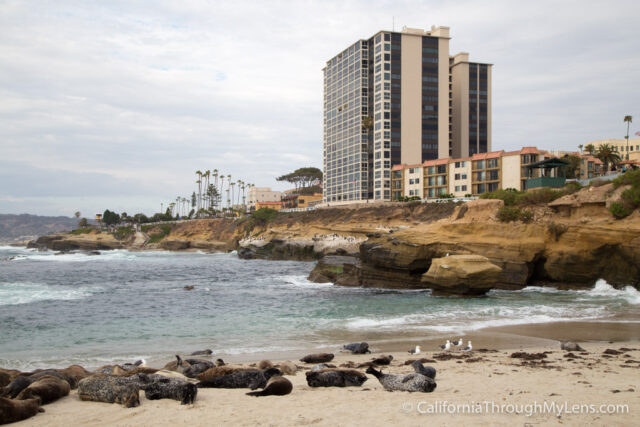 There isn’t a lot more to say about this spot other then it is a great way to see wildlife up close without going to a zoo. I always love my time at the Children’s Pool, even if it is busy, as you can just observe the seals and not worry about other people. Let me know if you have been and be sure to leave a comment with a photo below!