When I was growing up in the public school system, I remember learning about Manzanar and thinking about the harsh lives these Japanese Americans must have lived all of those years ago. It was a crazy story to hear as a child, about the forced relocation of so many families, and here I am 18 years later, able to experience it first hand for myself in the form of the California State Park system. What follows is a recap of my time here, but know I am not great at writing pieces like this, so know that going in. Also, it was from my visit in 2014, but when I went back in 2018 not much had changed from what is written below. 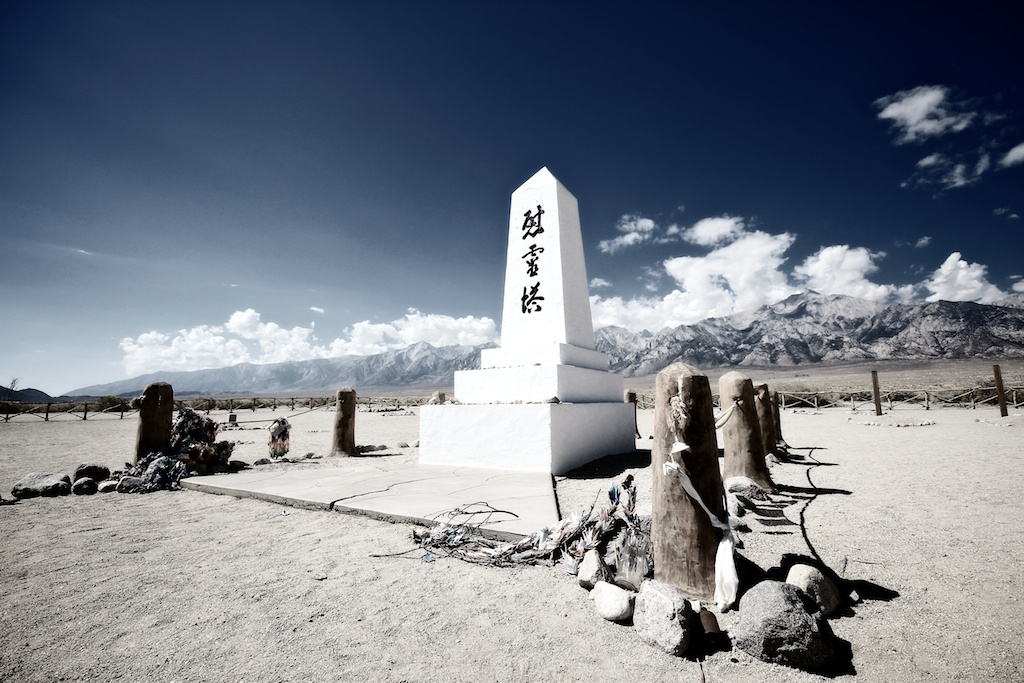 Manzanar State Park is located in the desolate and hot desert, about 15 minutes north of Lone Pine and the Alabama Hills. It is a strange and unique place where 1000’s of Japanese Americans were forced to relocate for three years during WWII. For a full history of the area, I would check out this site as they can give you a lot more information then I can, but I will attempt to give you a walkthrough of the National Historic Site. 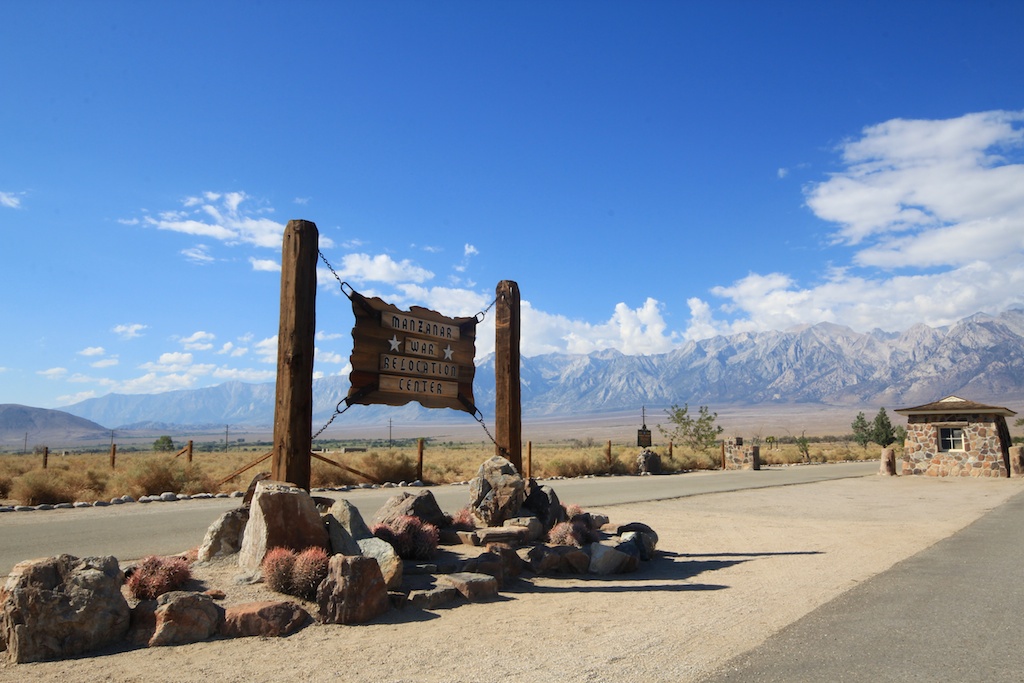 The museum is free to the public (as of 2017) and features a lot of well put together exhibits. 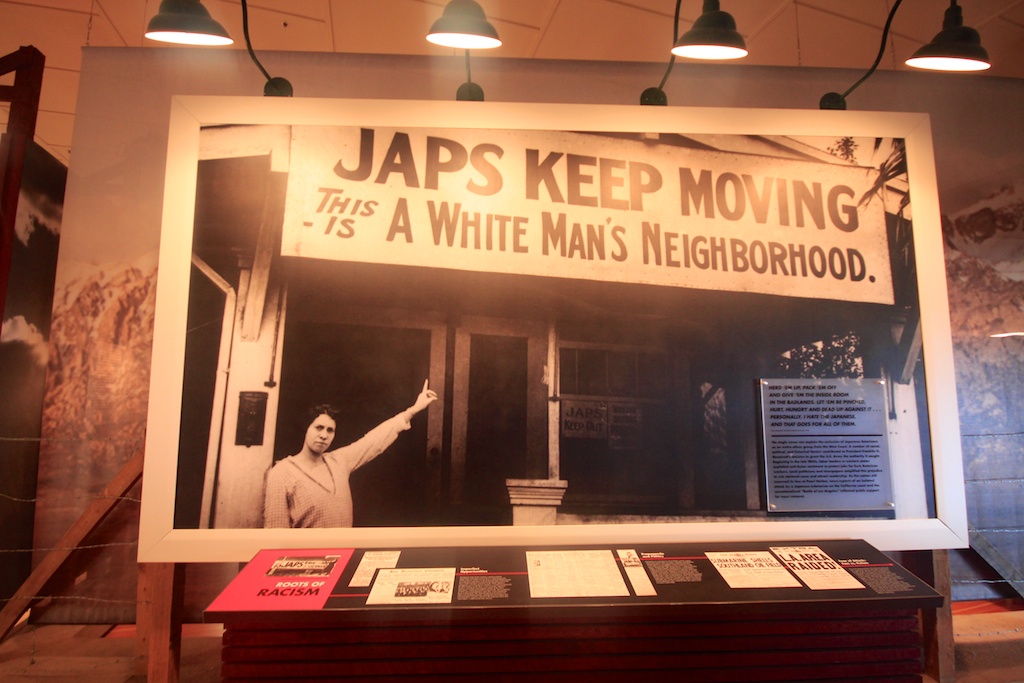 From photos of the living quarters to the letters that were sent to the families, they have collected a lot of the history of Manzanar. 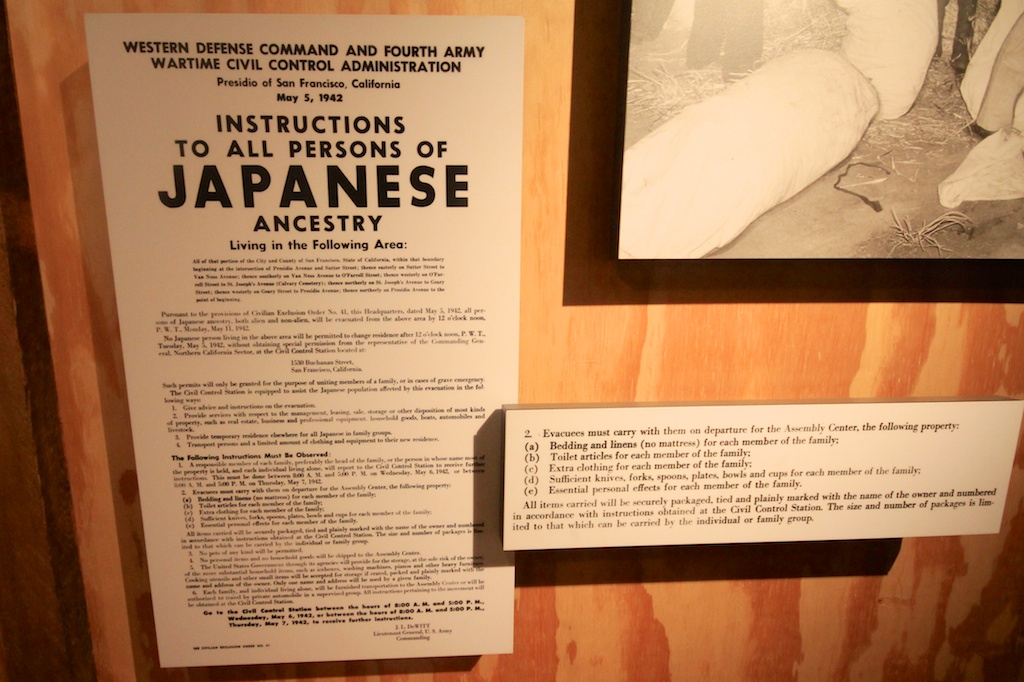 In the back of the museum, there is even a wall that has all of the names of the people who lived in the internment camp and a replica of one of the patrol towers. 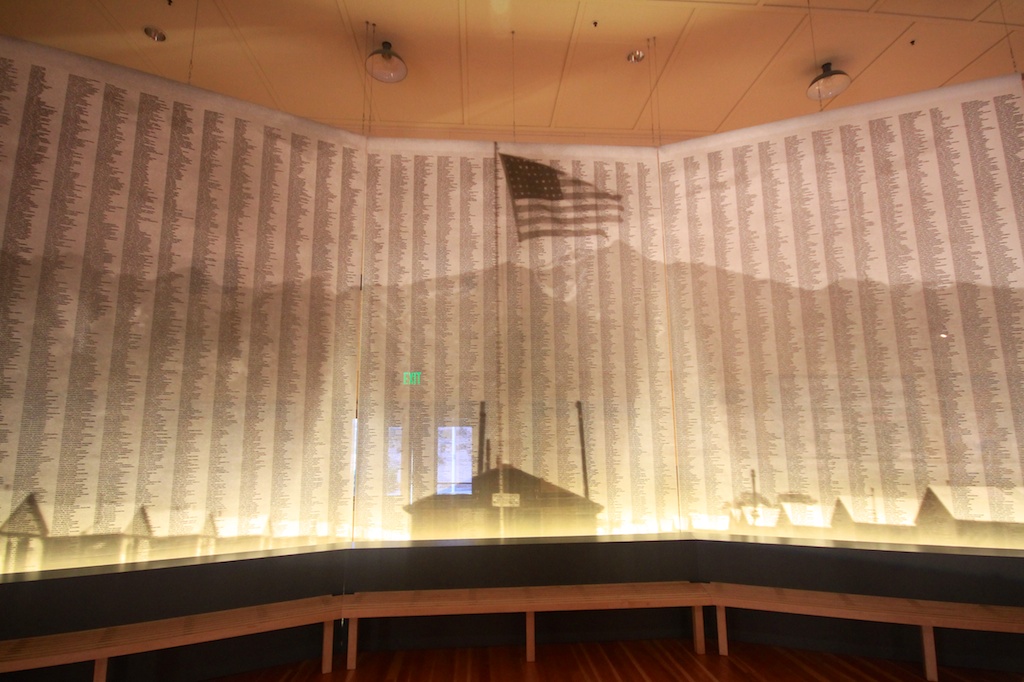 There is also a 15-minute movie on the people and their spirits, and I recommend it highly as it is heart breaking to see what they went through. 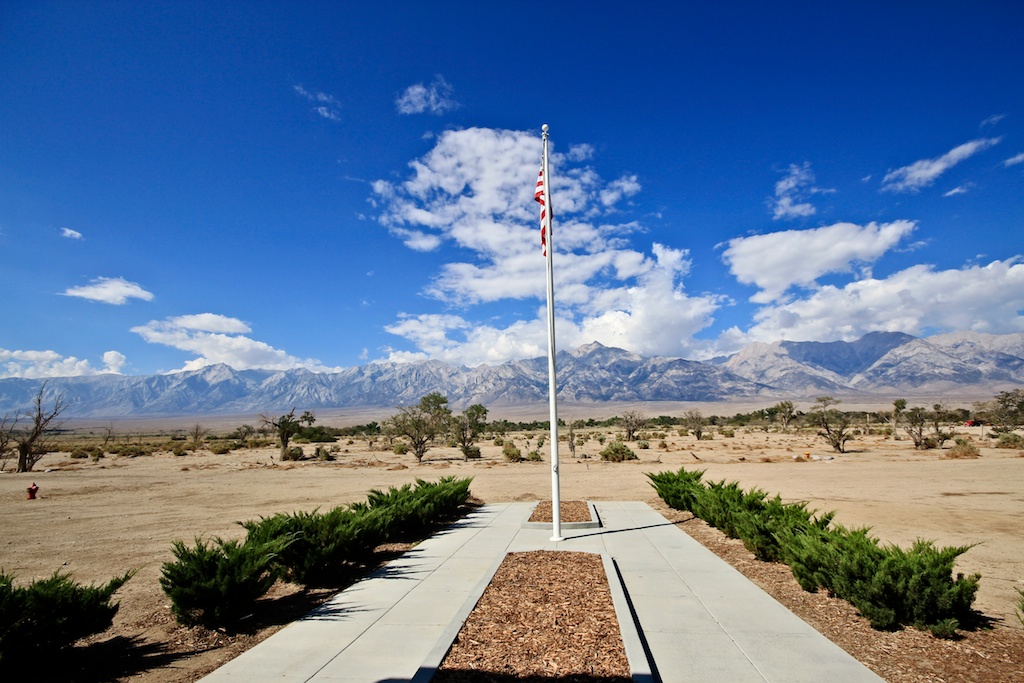 The Barracks and Food Hall 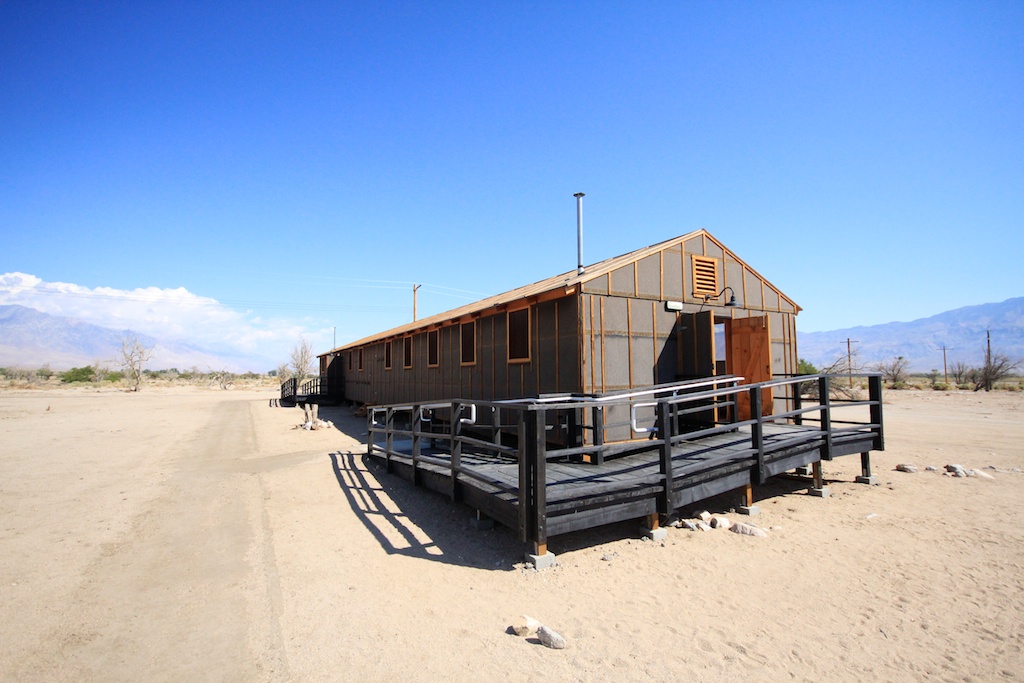 After checking out the museum, you can head to the back and see the barracks where the people lived. While it is not much to see now, it gives you an idea of how small everything was with over seven people to a tiny room. 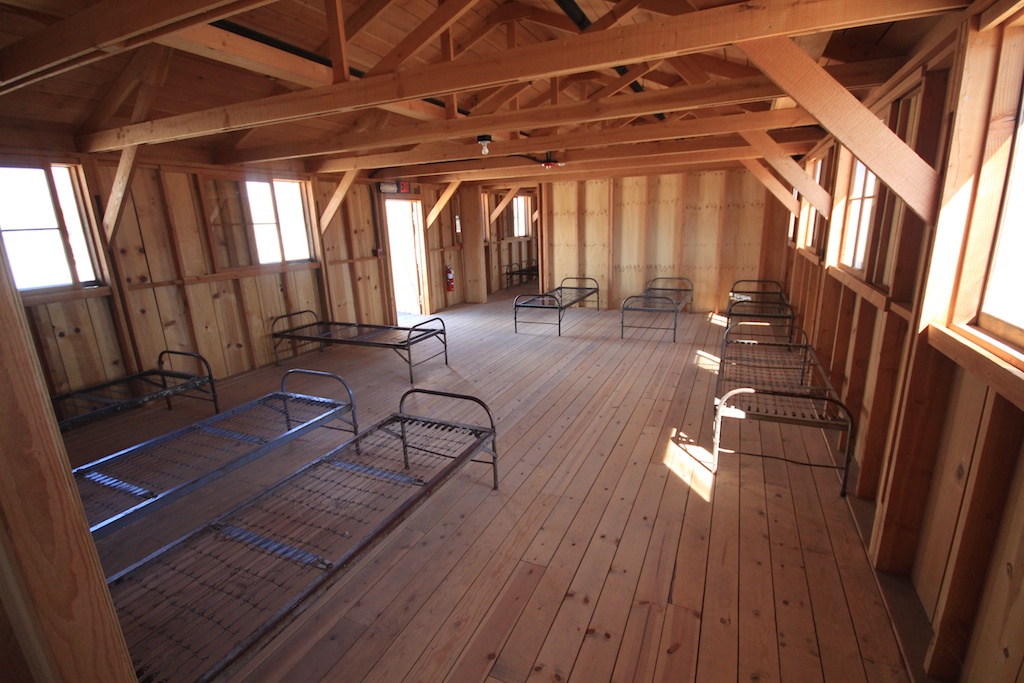 There is also a replica of the kitchen that shows there was no running water in the camp, and twice there were outbreaks of diarrhea from the poor sanitary conditions. 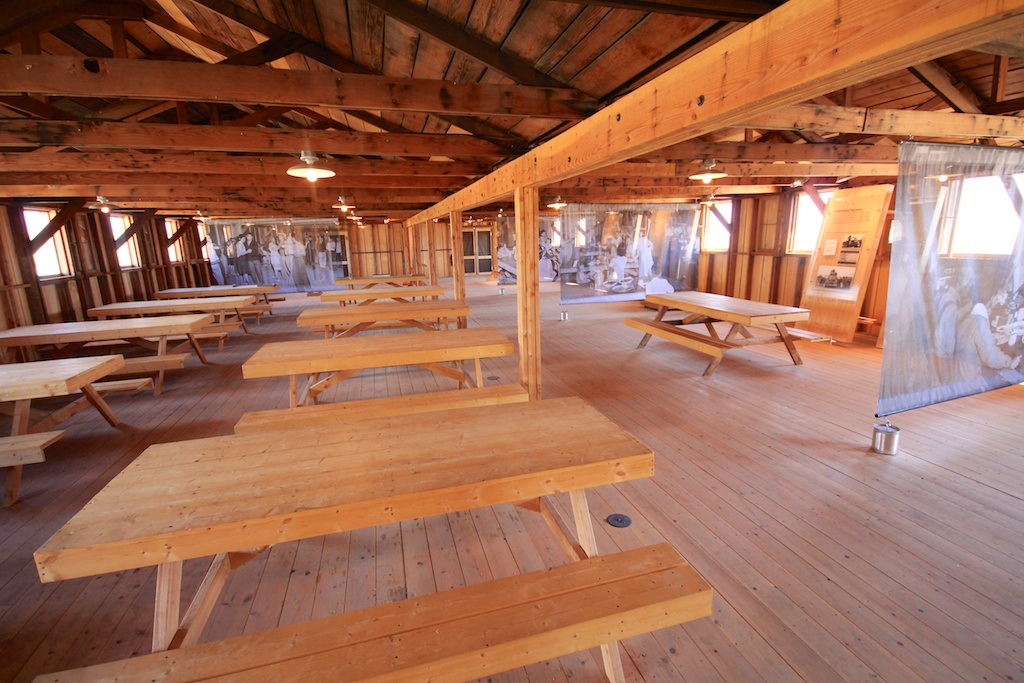 They also had this old truck outside, next to where they rang a pot to let people know that dinner was ready. 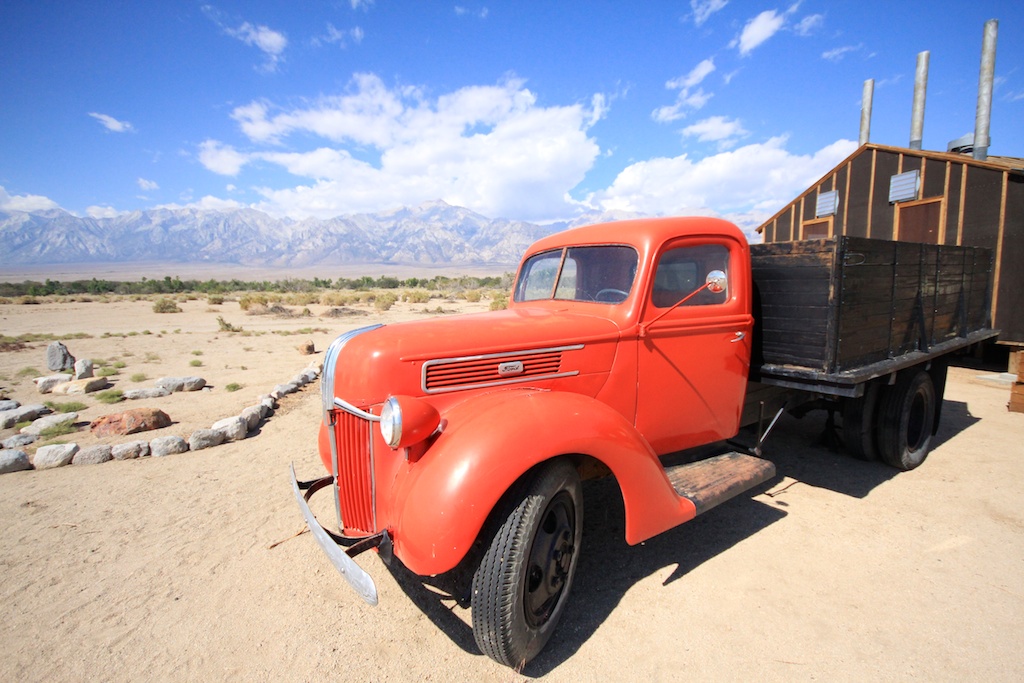 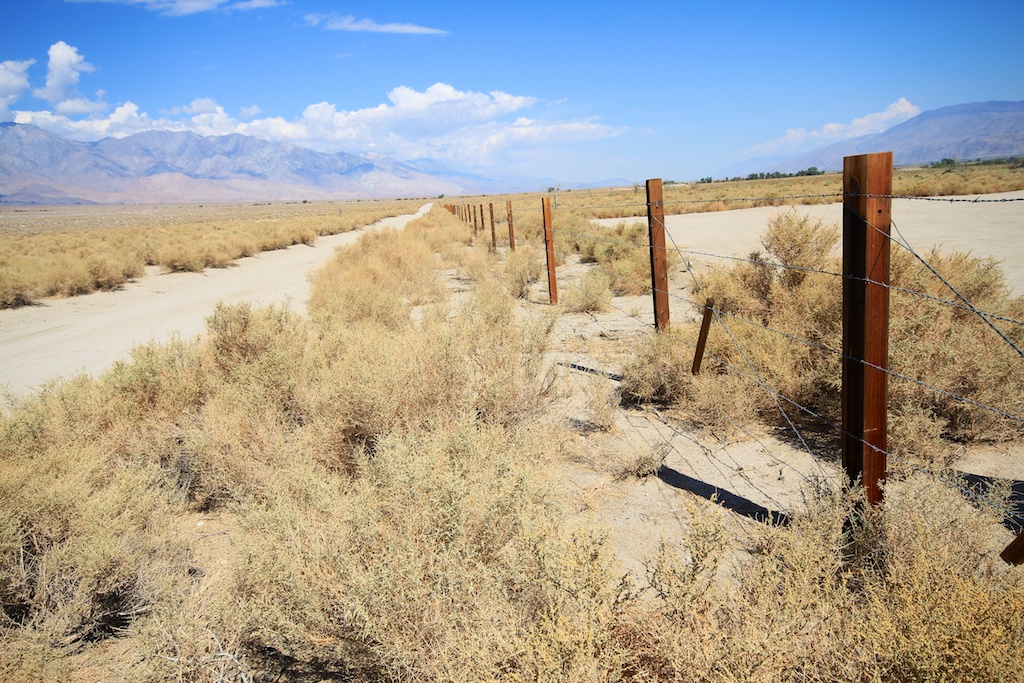 After seeing the museum, you can take the driving tour, which takes you through the entire camp. Most all of the buildings have been taken down, but you can still see their outlines, as well as the some of the shells of the beautiful gardens that were created by some of the people who lived there. 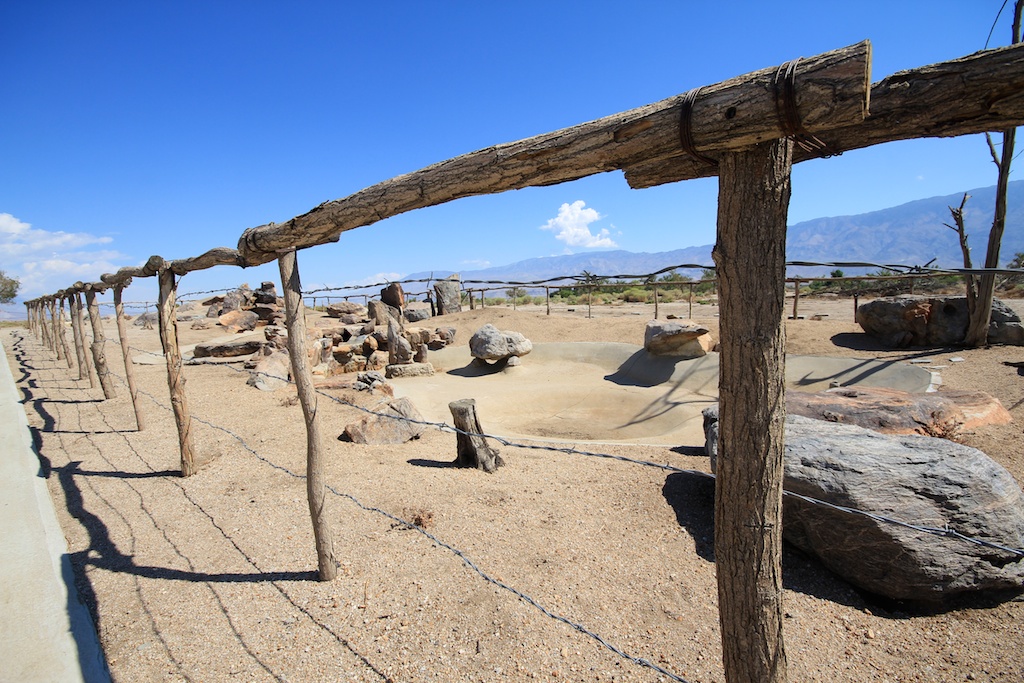 The highlight of this area is the stunning memorial in the old cemetery. While many of the bodies have been moved, there are still some graves near the memorial that spotlight the people who were lost, as well as the normal life that was taken from so many. 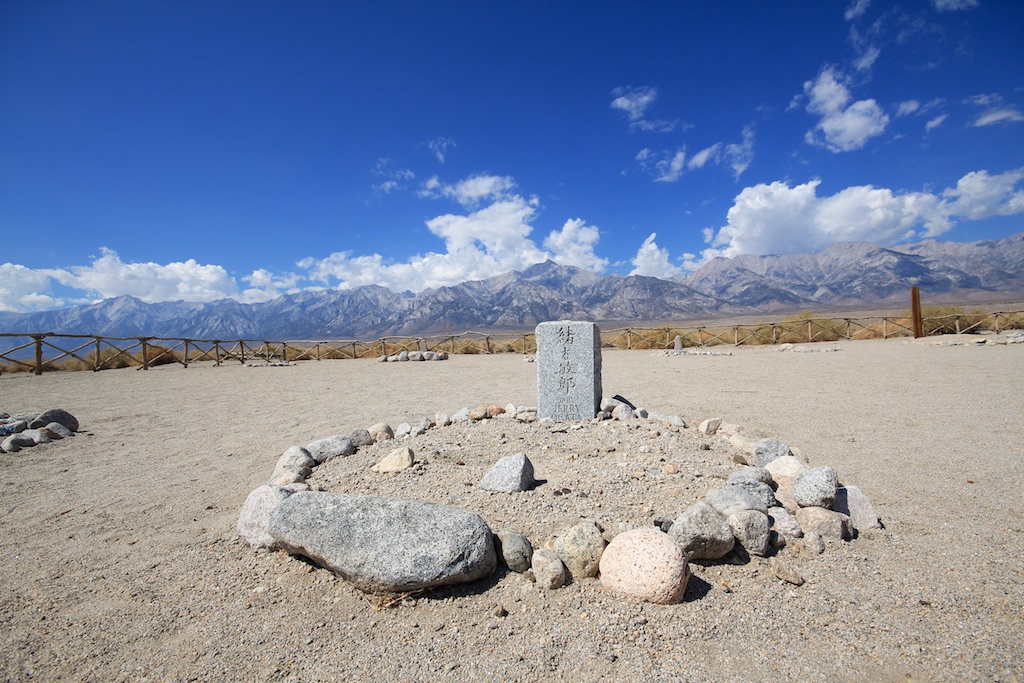 One of the most beautiful things for me was the origami that was strewn all over the area where the memorial was located. This was an elegant and traditional way to honor those that lost their lives in the camp. 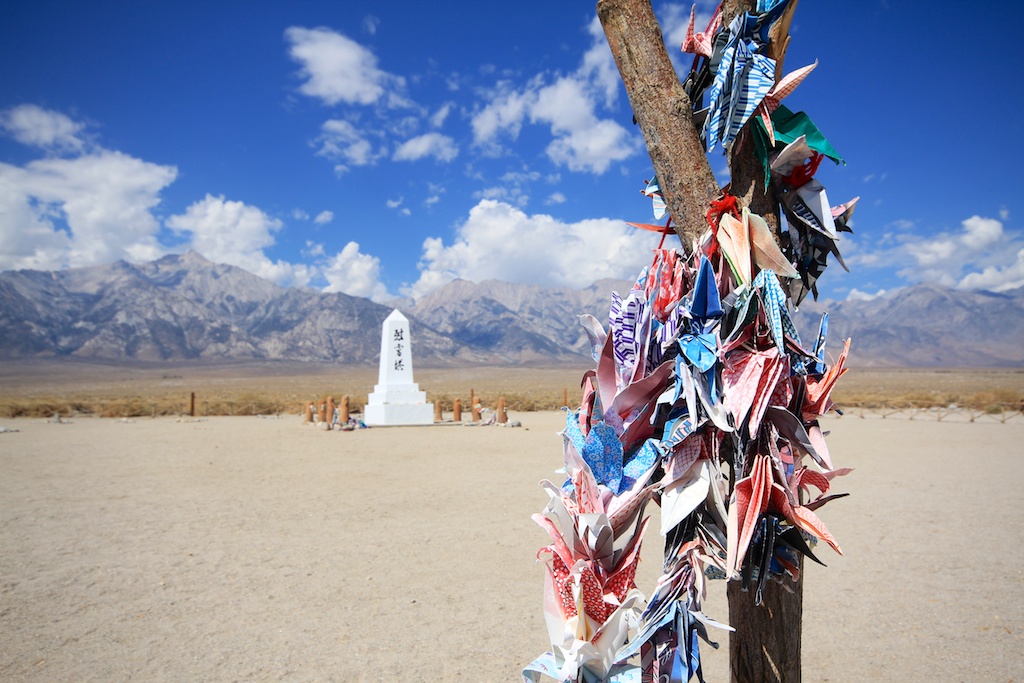 The inscription on the memorial says, “soul consoling tower.” Its minimal beauty provides a stark contrast to the bleak desert and the beautiful high Sierras behind it. 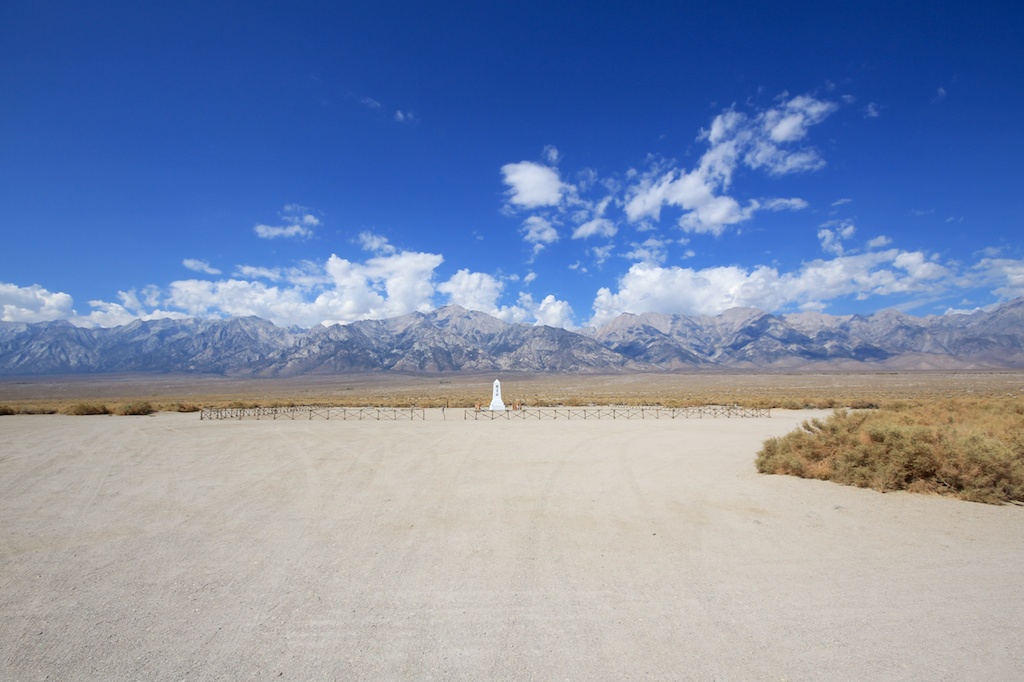 After seeing the memorial, you can finish your driving tour and head back to the museum or on to your next stop. 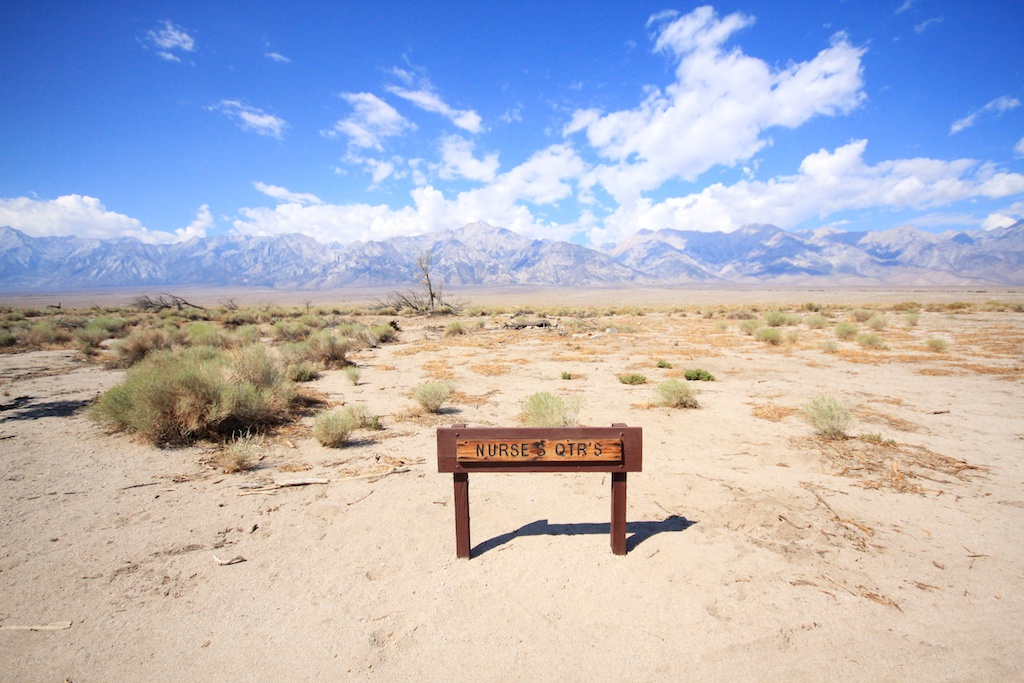 Seeing a place like Manzanar is a stark reminder of some of the darker decisions in our nation’s history. Hearing the stories of the people that suffered here and getting a glimpse into their lives helped to put into perspective the way life really can change at any minute. I highly recommend visiting Manzanar and experiencing it as a family, remembering this history and striving not to repeat it is important as society progresses.