Oh, the musical road of Lancaster, what is there to say about you. I was very excited to conquer your quarter-mile of road, but left slightly unimpressed. Anyways, when researching Lancaster, I found stumbled on the musical road, and apparently it is the only musical road in the entire United States. By musical road, I mean a road that literally has grooves cut into it and plays the William Tell Overture as you drive over it. It sounded awesome to me, so I set out to try it. 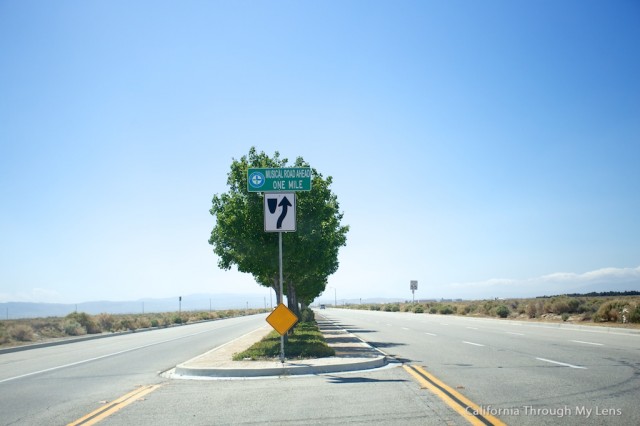 After getting off on Avenue G, I proceeded west to the start of the road. There is a sign that lets you know you are going the right way. 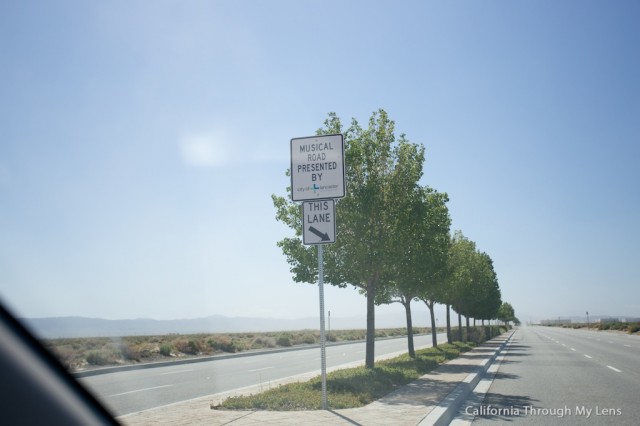 A mile later, another sign states that the song is starting. Excitedly I drove over it, and almost immediately, I had no idea what song it was playing. I heard the faint sounds of music but did not hear what I anticipated to be the song. 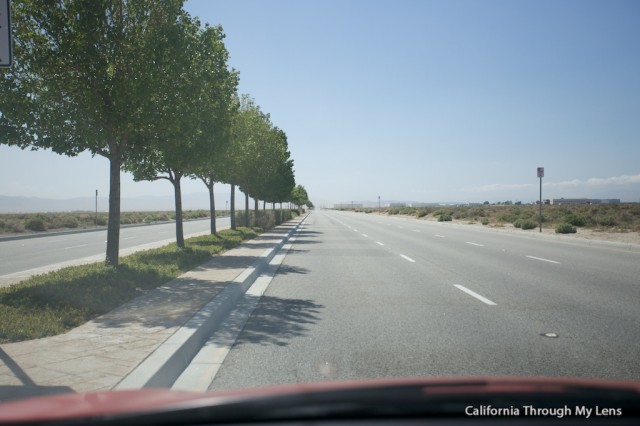 I figured that I probably was driving too fast, so I made a u-turn and went back to try again. Here is the video if you want to hear what I did.

After that, I stopped to check out the road grooves themselves then just headed on to my next stop. 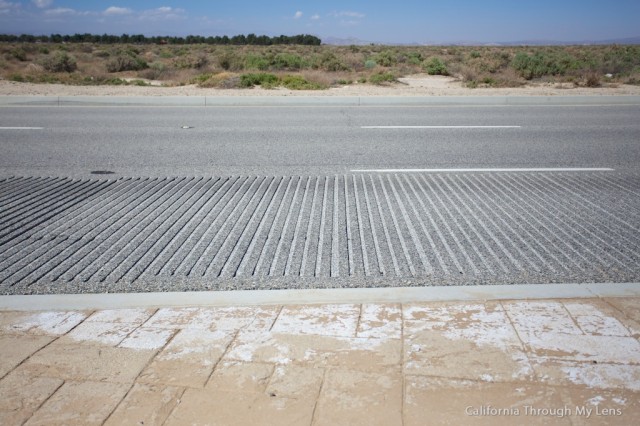 Update: I have been back a few times since and it seems like the best way to do it is to drive around 55 MPH on the road. Here is a good video my friends at Oddity Odysseys made on the road.

I appreciate what they were doing here, but unfortunately, it was lost on me. If anyone knows the correct speed to drive it let me know, and I am happy to stand corrected if someone has a better video of the experience.