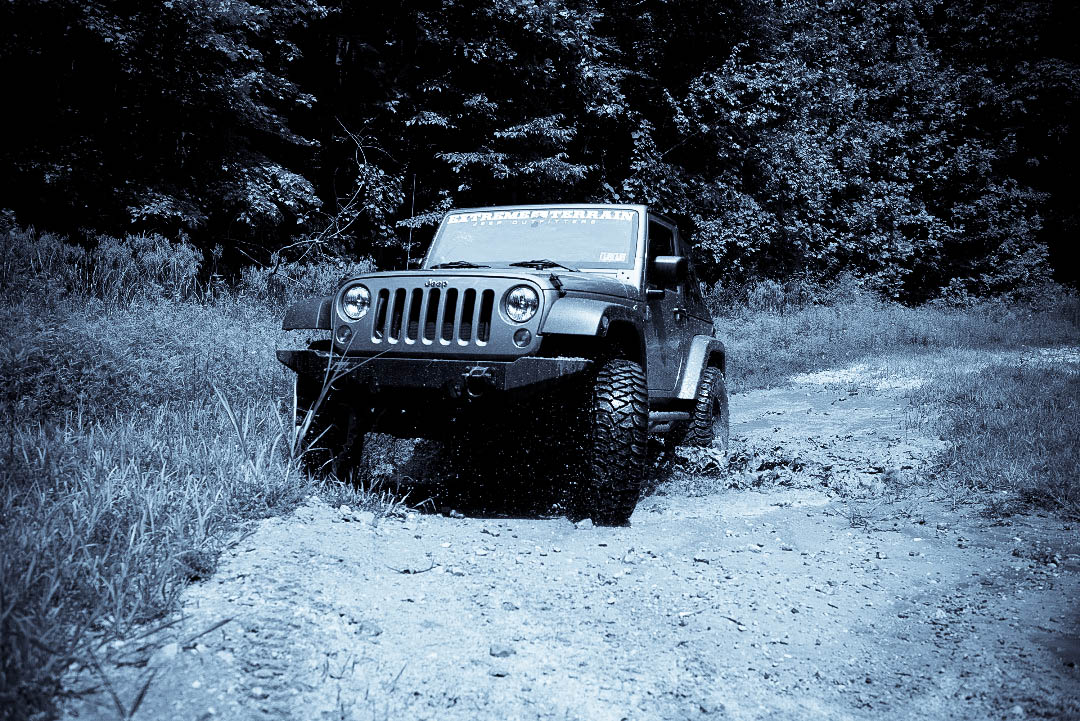 This is a guest post is from 2012; the things mentioned in the article may not coincide with the views of the owner of this site. Use caution when attempting anything referenced in this article.

“California is the place you wanna go,” so says the old Beverley Hillbilly’s song, and with its incredibly varied topography, California really is one of the most remarkable places in the United States. With teeming millions in its coastal city centers, the population fans out to small rural farms, desert dwellers, and humble communities set in lush, velvet forests. You can hit basking plus one hundred degrees temperatures in its southern climate, and cozy down in your sweater at sixty degrees in its rain forest mountains. For the off road driver, the question isn’t which of the roads are the most rugged, but which climate do you prefer because all the off roads are taking you into rugged country. 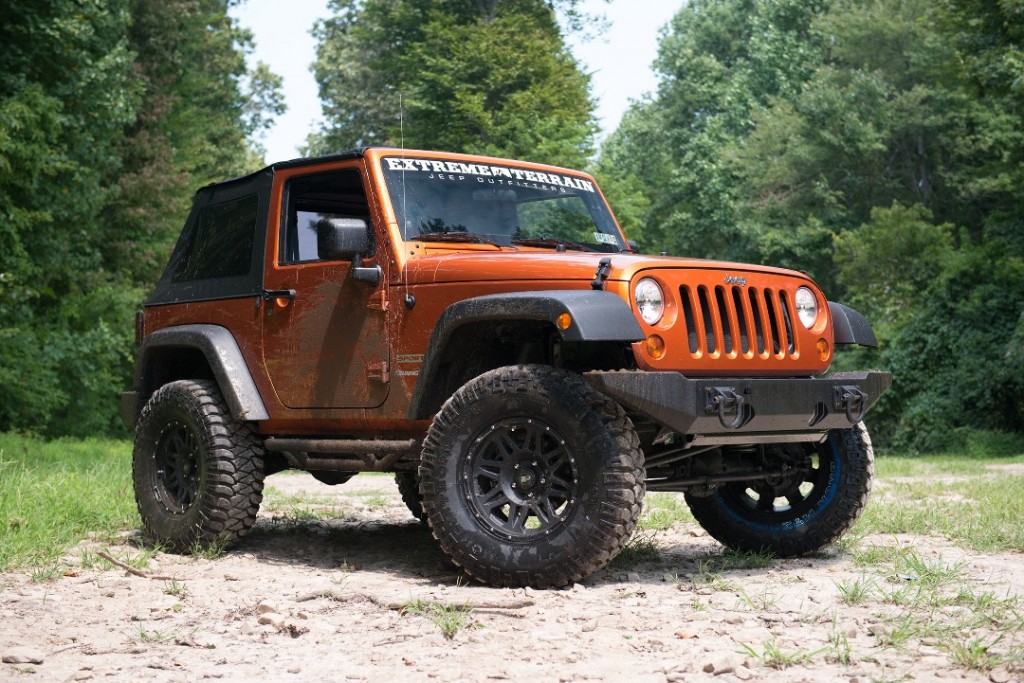 Except for the rather extensive Mojave, a great deal of California is very hilly terrain, the result of an extensive network of mountains. Even in the Mojave, you never truly lose sight of those lofty perches, as the snow white Sierras shimmer in the distance. The Sierras and the Coastal Range are the most dominant features of California’s hill country. Running parallel to each other, they offer two very distinctly different types of terrain. The Sierra’s are home to the Yosemite and King’s Canyon National Parks. The Coastal Range is home to the southern tip of the northern rain forest and to the Empire of the Redwoods.

King’s Canyon offers a large number of off-road trails, a couple that are over twenty miles long, but most are relatively easy access, requiring only two-wheel drive, as long as the vehicle has high clearance. However, it is an excellent area for practicing your four-wheel drive techniques, as there are several steep grades, loose sandy areas, and granite boulders. The top trail, however, for the experienced driver is Buck Road. Passable only to four wheel drive, the route is sandy, twisted, narrow, but with some fantastic scenic views. 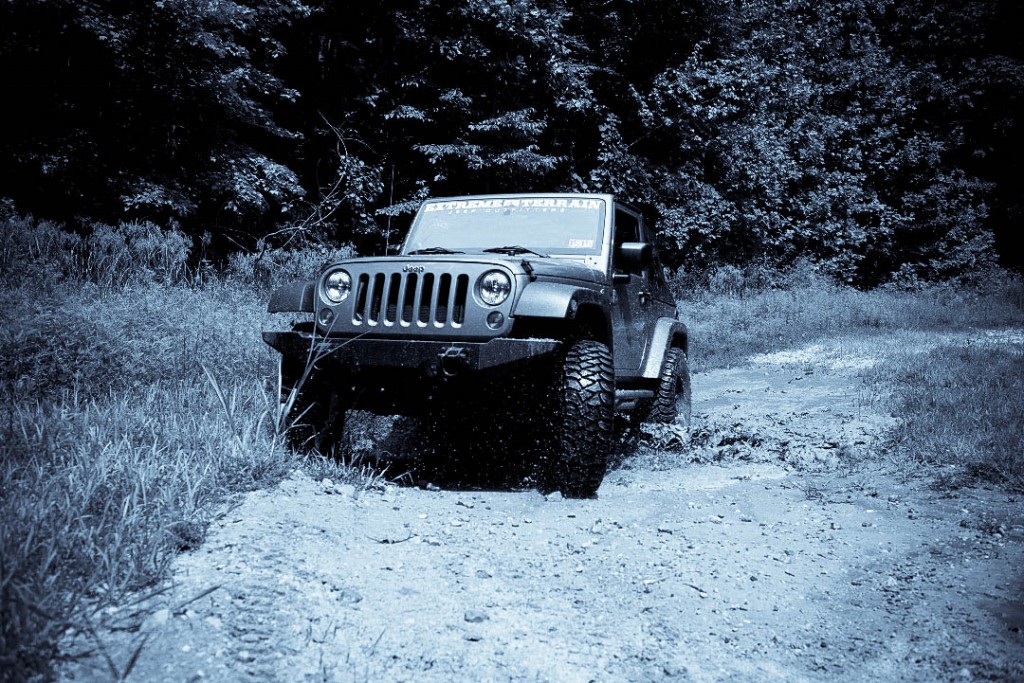 If you’re a Jeep or Jeep Wrangler aficionado, Johnson Valley is a household name. Already the target for ATV and motorcycle races, the Johnson Valley has something for everyone, from sand dune jumpers to rock crawlers. Located in the Little San Bernadino Mountain Range, it’s a land of tumbleweed and sagebrush, sunburnt hills and strange, massive rock formations, sheltering land turtles, and coyotes.

This vast, sweeping area of the Mojave Desert has been a favorite place for off road drivers for years. Scattered here and there are the remains of early homesteads reminding you that here is where the wild, Wild West was fought, but only partially tamed. You can’t take the wild out of the landscape, which look like the brush strokes of lonely cowboy paintings, a pensive glance over burning sunsets and mountains slowly eroding into the dust.

A new battle has begun for the community of wilderness lovers and desert inhabitants. The Marine Corps Air Ground Combat Center wants to expand into this federal reserve, cutting the off-road access by nearly half the 190,000 acres of rugged, unspoiled backcountry recreational area. It’s a favorite place for rock hounds and nature lovers, as well as ATV riders, and both the nearby inhabitants and the off road community have petitioned to leave the beautiful Johnson Valley alone. 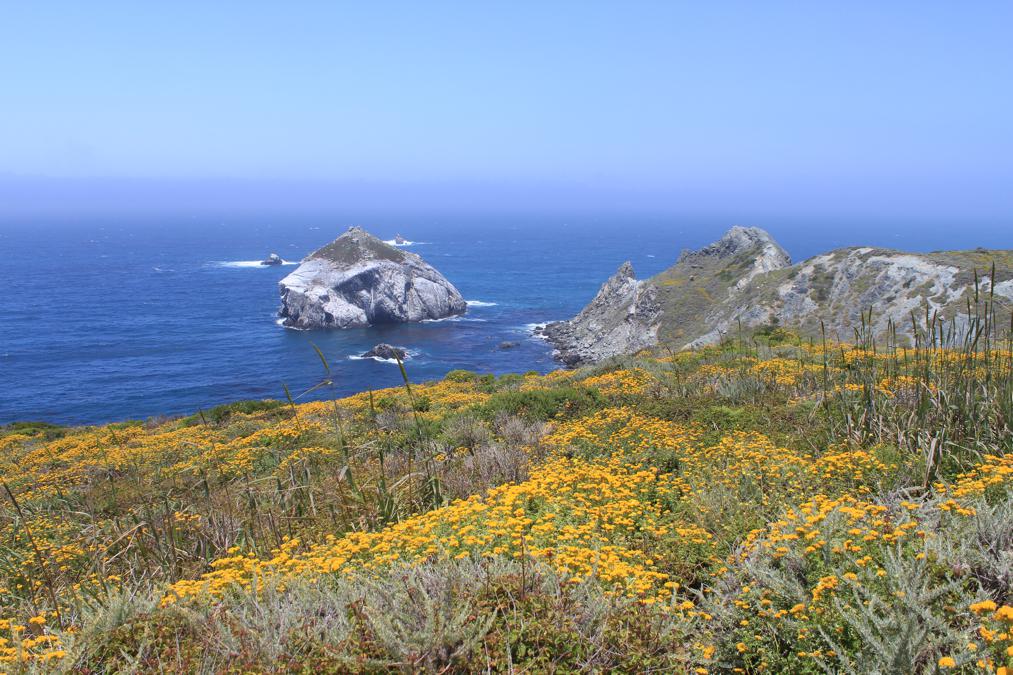 Big Sur is more commonly known for its tucked away hamlets by the sea, great food, accommodating motels, and art retreats. It also has several back roads, of which the most celebrated is the Old Coast Road. The ten and a half mile long road was once used to connect Big Sur to Carmel. Now it is mainly a sand and dirt road used by bicyclists and off road drivers. The entrance is across from Highway 1, at the Andrew Molera State Park. This narrow, twisted road begins immediately climbing straight up. It’s littered with boulders, mostly of limestone, and meanders through hills, habitually sweeping sharply on one side into the ocean, and thickets of pines, oak, and bay laurel. Once the home of the mighty Sequoia, you can still see an occasional redwood while making the climb.

High in the mountains, within the shade of the giant trees, the temperature cools down to an average of fifty degrees. Small creeks trickle by, and the ground is matted with decomposing leaves, fallen branches, and dead brush. Bursting back out into sunlight, there is a spectacular view of the nearby mountains. At the top, you can look down at Highway 1, appearing like a pencil line scribbled over the sides of the turbulent cliffs that meet in black symphony with the ocean. Much of the Big Sur area is privately owned, so do not try any off-roads that have “private property” signs. However, for the mountain loving off-road enthusiast, the Old Coast Road, along with San Martin Top and Prewitt Ridge, are enough of a delight to make you want to return again and again.

There is something deliciously alive and magical about being in the center of the last stand of these magnificent Red Wood trees. The air seems to whisper and tell stories of days long before the advent of man; days when all creatures were large and Earth stood poised restlessly on the verge of a new creation.

It’s easy to imagine yourself a hobbit when the roots of these trees stand as tall as your waist. The Mendocino and Humboldt areas are thickly matted with old-growth trees. The terrain is hilly, steep, and full of boulders and canyons. Many of the off-roads are unmarked and used by hunters, as the rich forest land is vibrant with wildlife; small black bears, deer, spotted and great horned owls, as well as rabbits, squirrels and all manner of rodents. Caution should be taken, however, in choosing an off road unmarked for public use, as the pot-growing plantations do guard their assets.

The true off road paradise, however, is perfectly public, simply a bit unknown. Somehow, the crowding motor homes, campers, and assorted RV’s have managed to overlook the exquisite beauty of the Lost Coast. Rather aptly named, the Lost Coast falls under just everybody’s radar, yet it’s a strange and astonishing world, dotted with strands of oak and fir, deep valleys, ponds, and slowly moving landslides.

The Lost Coast became truly lost when it was discovered it was impossible to run a railroad through it or even a decent highway. The area is mainly wetlands, and usually windy. On a dry day, it is possible to get to it with a high-clearance two-wheel drive, when it’s wet, which is most of the time; only a four wheel drive, like the Jeep Wrangler, will make it. The road is very narrow, unpaved, and slippery, but it’s vibrant with color; fields of wildflowers wave from cliffs that tower over a raging ocean. It does have some sheltered coves as well, so if you like to surf, it’s best to bring along your surfboard. It has some pretty magnificent waves, especially in the winter, when the weather fronts move in from the Gulf of Alaska.

Whatever your taste for back road driving might be, mountains or desert, rock climbing, or mud bogging; whatever climate you enjoy, California has it all. Rivers and canyons, deep coastal waters, sand dunes, and thick, rustling forests, are all right there at your fingertips. 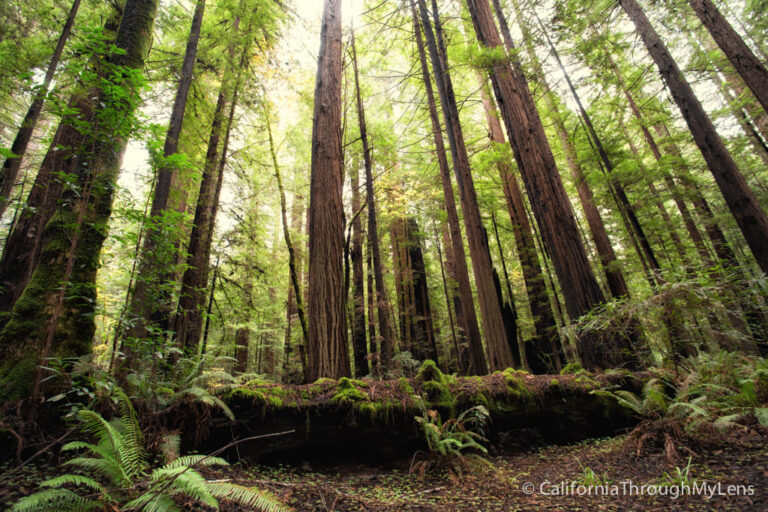 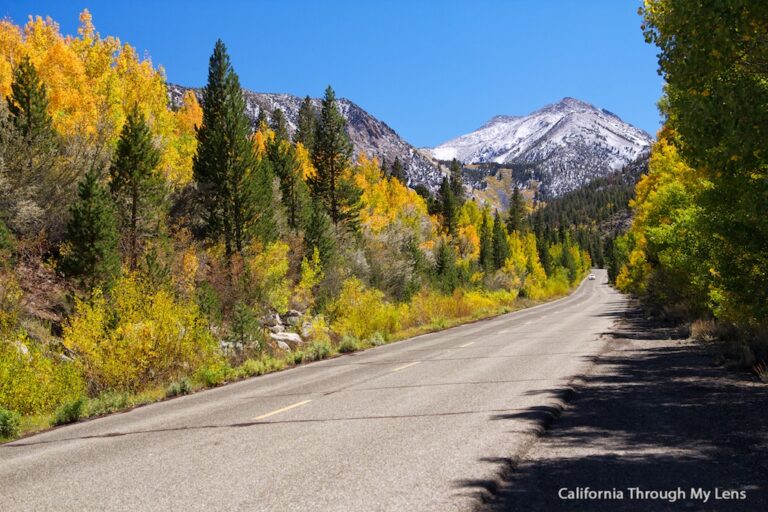 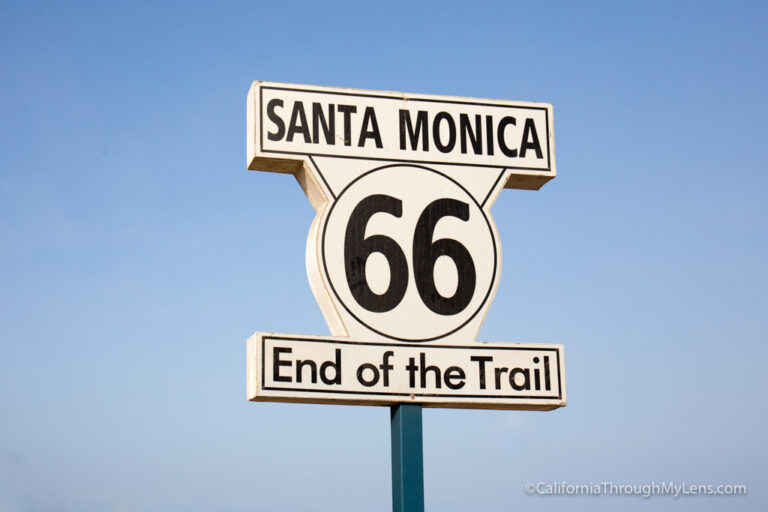 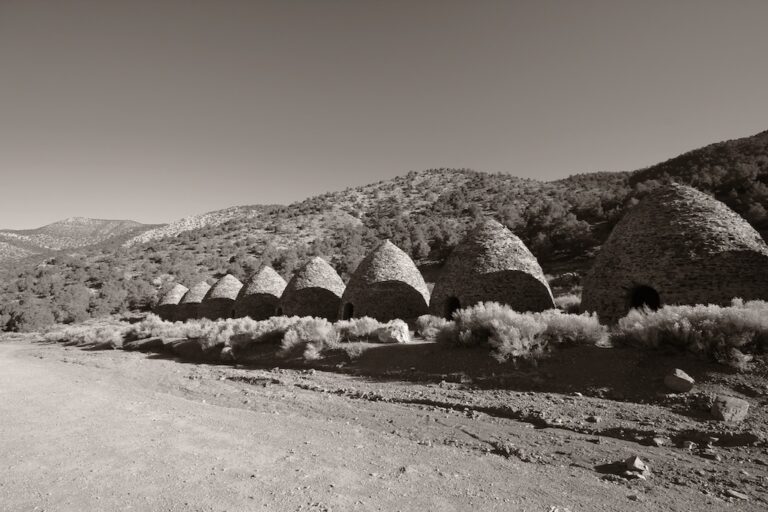 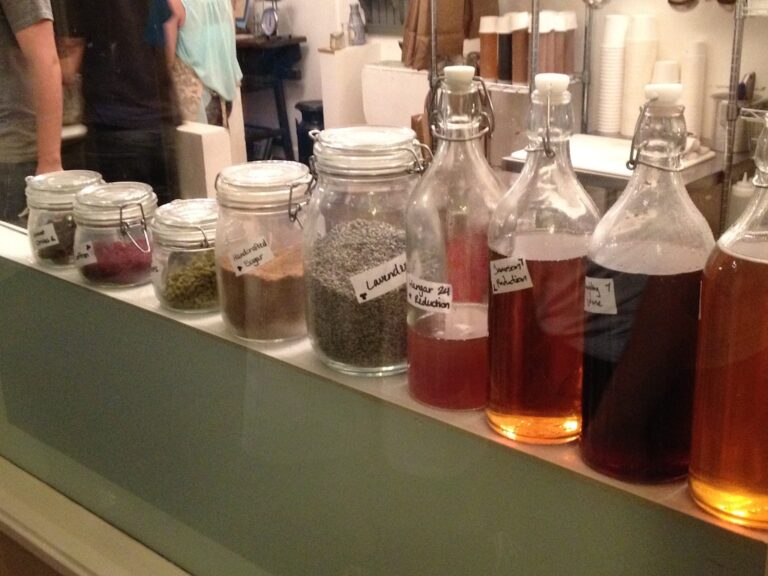 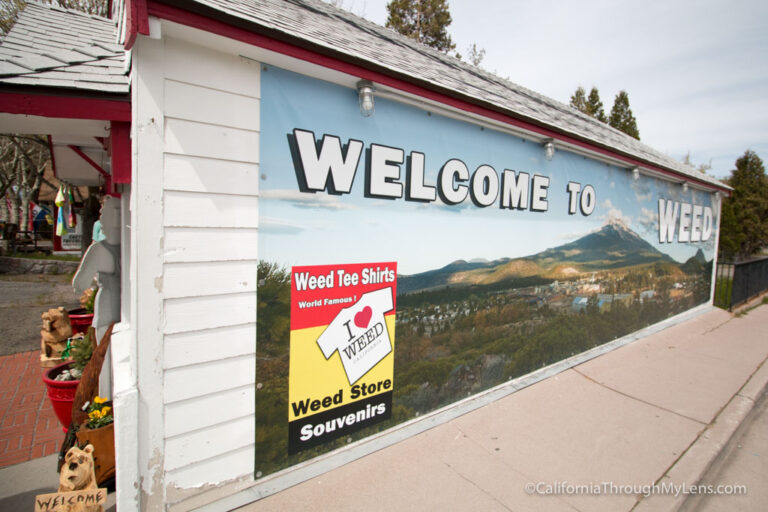