By far, one of the strangest places I have written about on the blog is the Winchester Mystery House, built by the Winchester Rifle fortune. The house is full of mazes, corridors, doors, and windows that lead to full brick walls and even an entry in a second-story room that drops entirely to the ground outside of the house. The house is thought to be haunted, there is a seance room, and while she was alive, Sarah Winchester never allowed the building of the house to stop. This is one of those strange California places that needs to be experienced to be believed. Here is all the information. 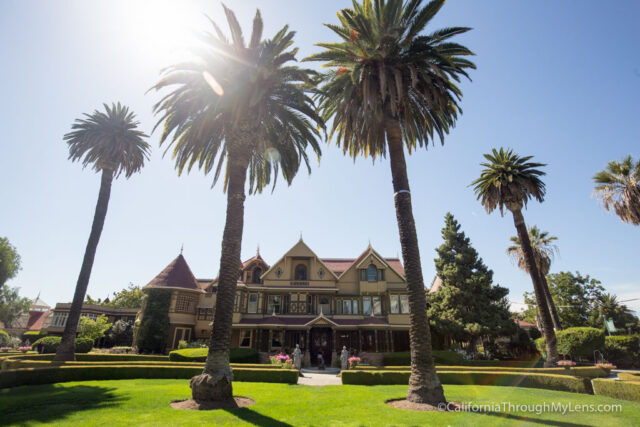 We may never know for sure if Mrs. Winchester built her house to accommodate the spirits, but over the years, the story has come down that she believed her life was unavoidably affected by departed souls. Presumably, she wanted to be friendly with the “good” spirits and avoid the “bad” spirits – and the way to be familiar with the “good” spirit, it seemed, was to build them a beautiful place to visit. In any case, for nearly thirty-eight years, the round-the-clock sawing, sanding, and hammering at the Winchester Mystery House never ceased – not even on weekends or holidays. It was never a rush job. Mrs. Winchester had all the time in the world – at least, all the time needed to maintain a steady pace. With her financial freedom, she was content to honor whatever whims came from her imagination and from the spirits she believed were guiding her.” 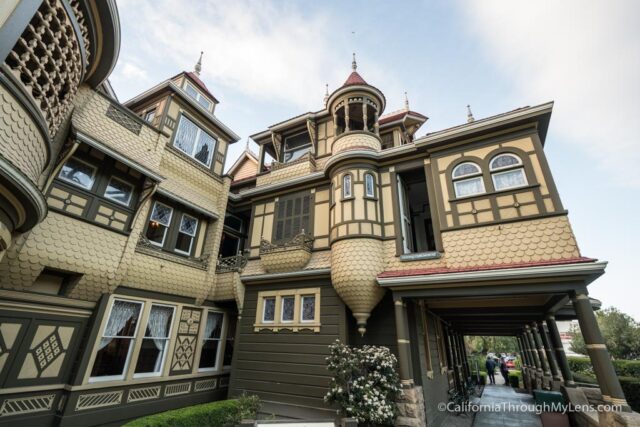 When you arrive at the house, you are immediately struck by the size of this building; there are many different stories, gardens, fountains, and doors, and that is just from the outside. The cost to tour it when we were there was around 25 dollars (in 2017 I believe it is now $40), and we took the tour that just included the house and not the gardens. 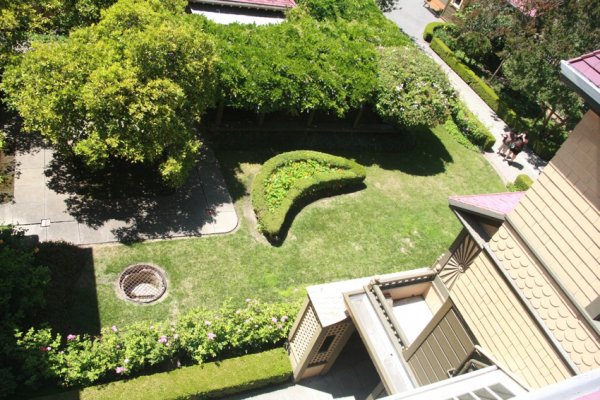 The tour takes you through all of the main rooms, including the dining room, seance room, and even the room with a door that leads to a fifteen-foot fall. Throughout this strange house, some staircases go down and then up again, some stairs lead directly to a ceiling and even windows that open to brick walls. 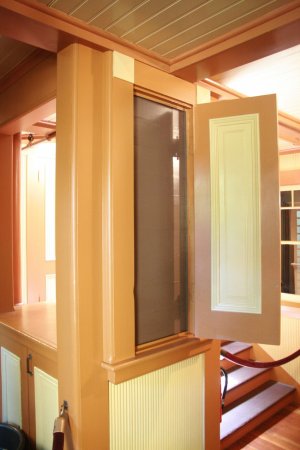 The tour doesn’t ever drag on as there is so much to see and so many new things that greet you in every room you enter. She also had a fascination with the number 13, which went into a lot of the work done on the house and is explained below. 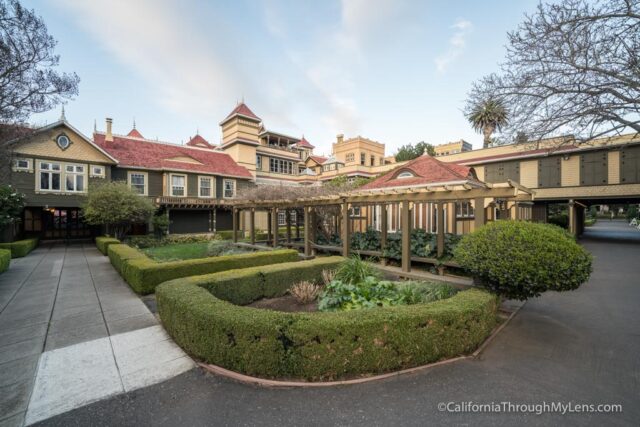 “Whether or not one believes in Mrs. Winchester’s superstitions about spirits, it’s harder to dismiss occurrences of the number 13 throughout the house. Many windows have 13 panes, and there are 13 bathrooms, with 13 windows in the 13th Bathroom. There are also 13 wall panels in the room before the 13th Bathroom, and 13 steps leading to that bathroom. The Carriage Entrance Hall floor is divided into 13 cement sections. There are even 13 hooks in the Séance Room, which supposedly held the different colored robes Mrs. Winchester wore while communing with the spirits. “ 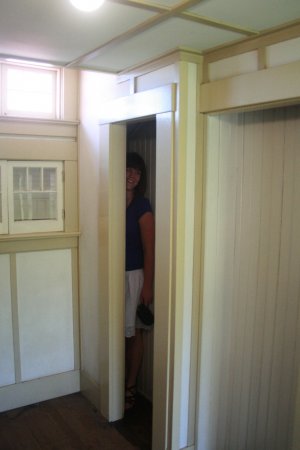 One of the oddest things I heard on the tour was that she believed she would die if she ever stopped building. This is why there are so many random additions to the house because she thought that her life depended on the work never stopping. 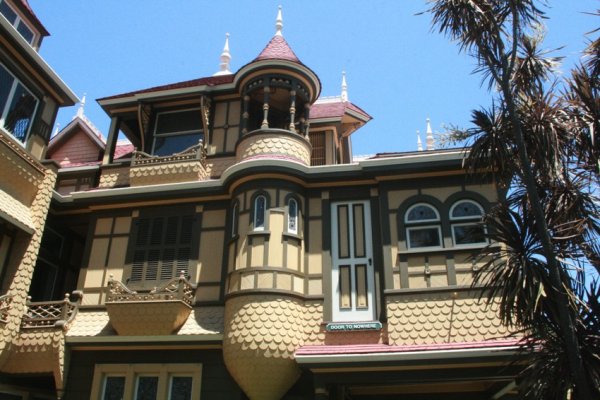 This is truly a unique place to visit. We had so much fun on the tour that when it ended, they told us we had walked a mile through the corridors of the house, and it didn’t even feel like it. 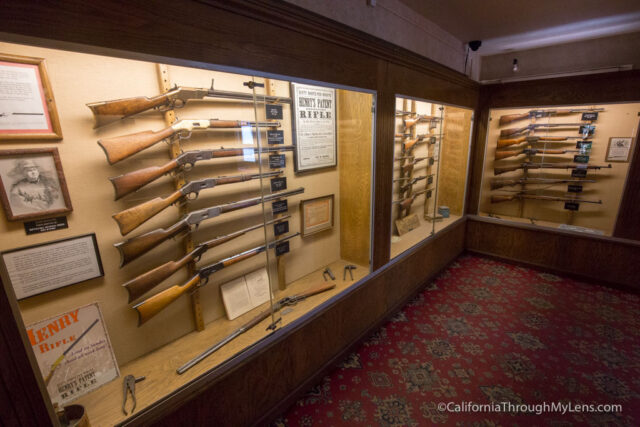 There is also a museum with many different Winchester Rifles from various points in its history that you can check out when the tour completes, and that is free to visit. 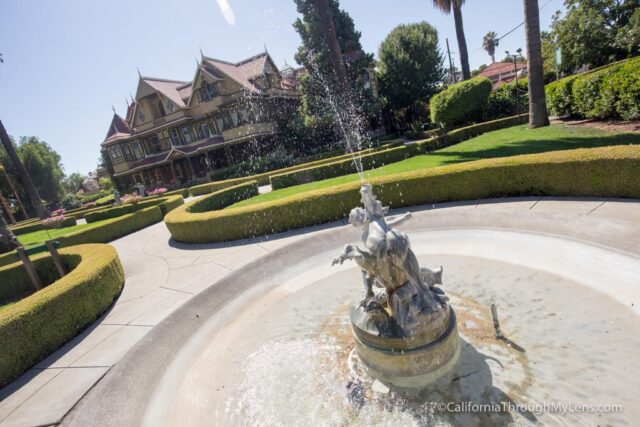 The gardens are free to tour when you finish the paid tour as well. You can grab a map from the gift shop and set out to see what you can find. 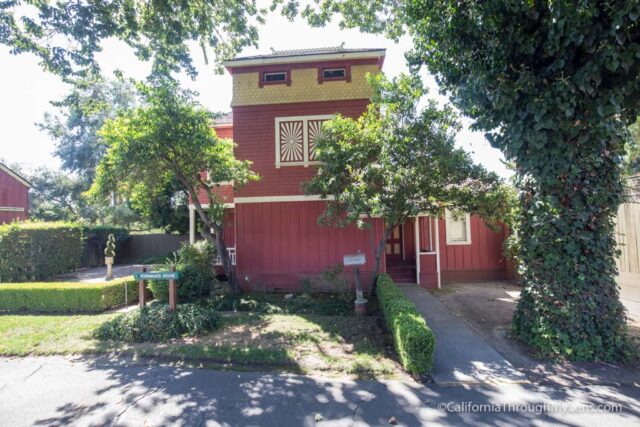 I explored the outside area for about 45 minutes, just walking around and taking it all in.

I would recommend this to anyone looking to see something new on a road trip or even if they have lived in the area their whole life and not done it. 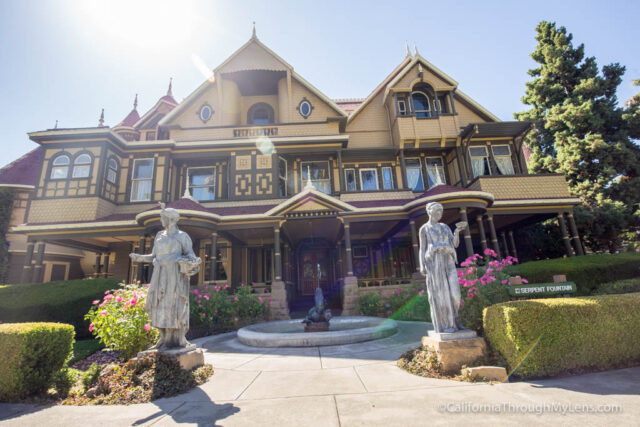 Let me know what you think in the comments.