After visiting and hiking Saddleback Butte State Park, I took the 10 minute drive over to Antelope Valley Indian Museum State Historic Park, the other state park in the area. I had done little research as to what it was and did not know what to expect other than that I was visiting another state park. I quickly realized though that Antelope Valley Indian Museum State Historic Park is awesome, and I was surprised by how much I enjoyed it. From its landscape and history to its artifacts, it is a unique state park that shows another of California’s many sides. Here is all the information. 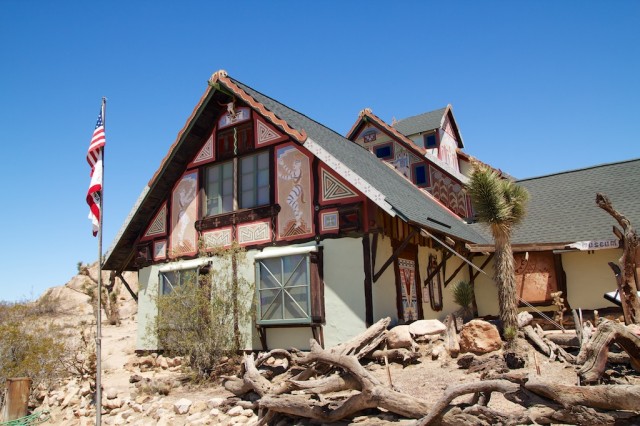 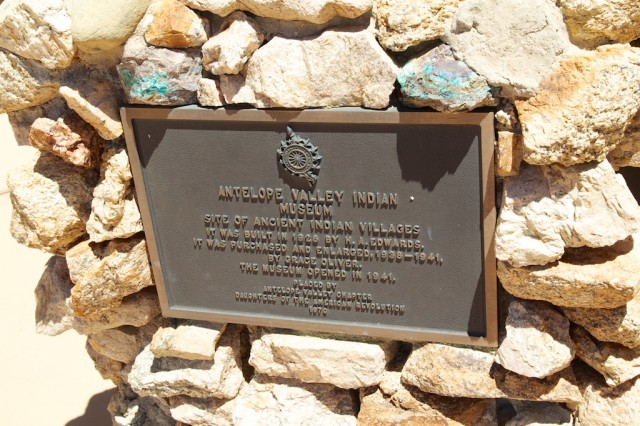 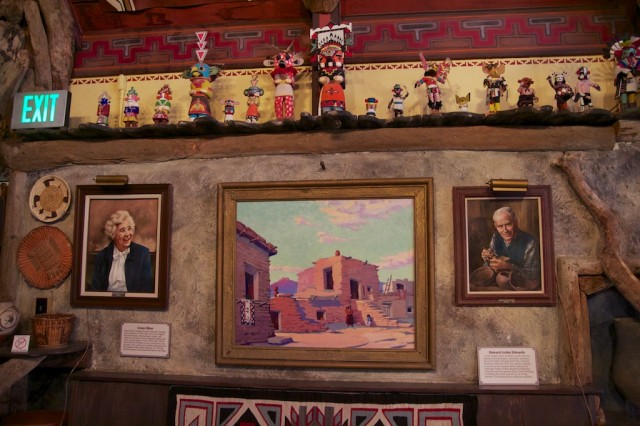 The museum was originally constructed by homesteader/artist H. Arden Edwards in 1928. The chalet-style structure was built over an entire rock formation of Piute Butte in the Mojave Desert. The unusual folk-art structure is listed on the National Register of Historic Places. 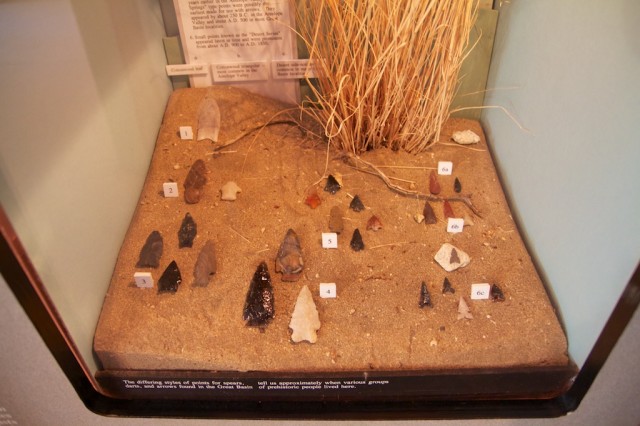 When we entered and paid our fee, the volunteer behind the counter gave us a rundown on the history. Basically, Mr. Edwards was a big collector of Indian Memorabilia, but as a screenwriter, he was also a fan of creating stories. So much so, that when he set up the museum, he made up fake history for many of the artifacts and tried to pass it as real. 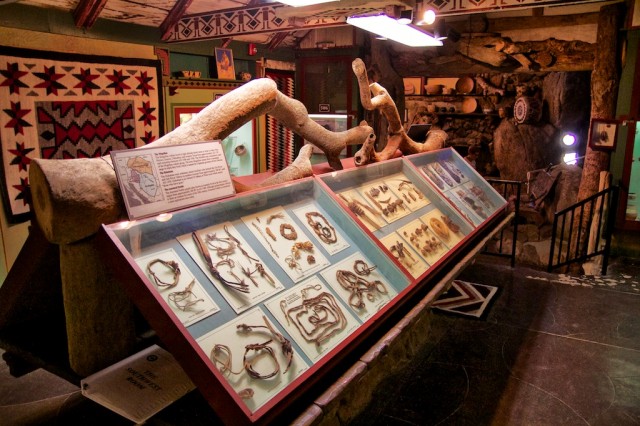 The best part about this is that the state park has left the second floor entirely how he created it, with the fabricated stories and all, then used the bottom floor to tell the real story. 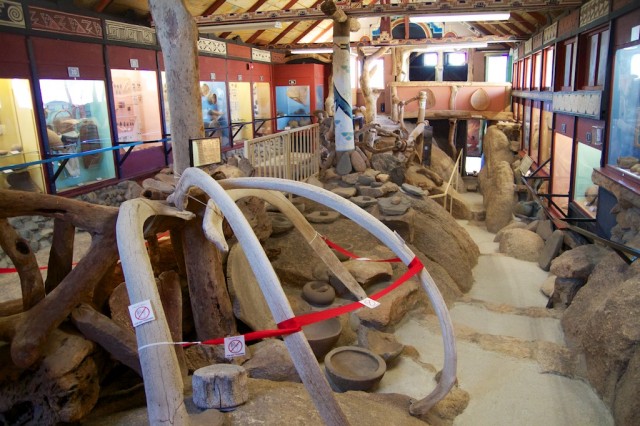 So if you want to learn about the first jeweler in the world or the Indian Chieftain and his favorite dog (complete with dog skull), you can relive the stories on the second floor. 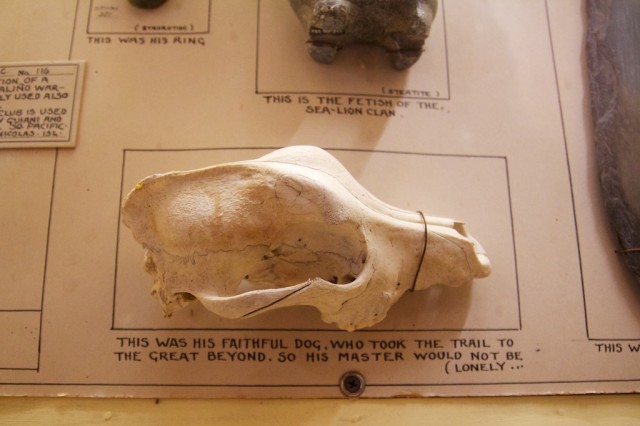 When you enter the museum, you are taken into three rooms that collect the history of the Native Americans, and the significance of this area to them (it was a meeting place for all of the different tribes to meet and trade). 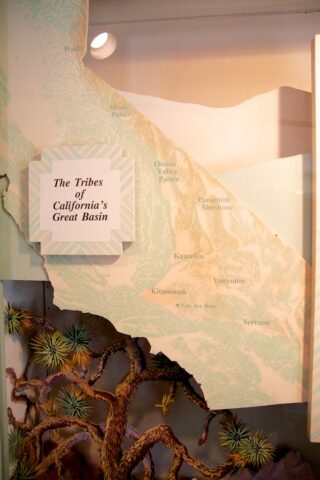 There is even a touch room where you can touch some of the actual artifacts that are on display, obviously be careful as they are not replicas. 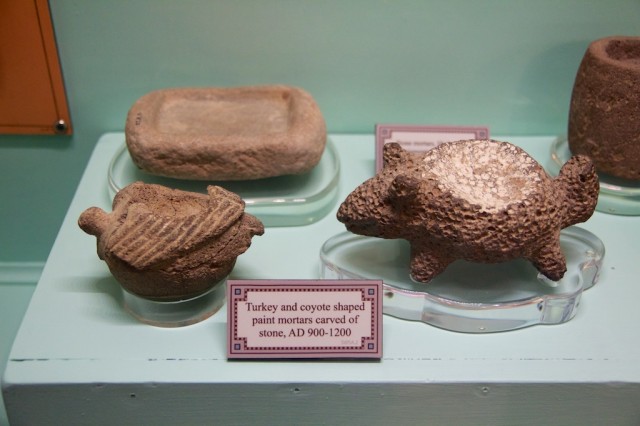 The last room is dedicated to the tools the Indians would use for their daily jobs ranging from fishing to carrying their children. 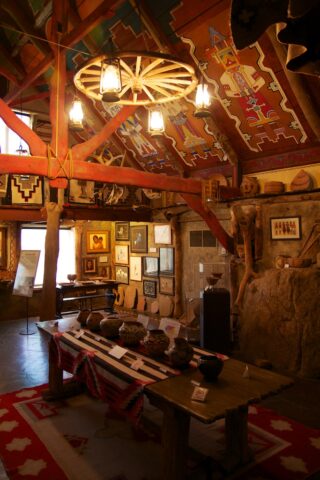 After that, you will enter my favorite room, the massive dining hall. This room is so unique as it has one whole side that is just a gigantic set of rocks. These rocks make up one of the wall, and it is so funny to see someone build their house on something like this without trying to move it. 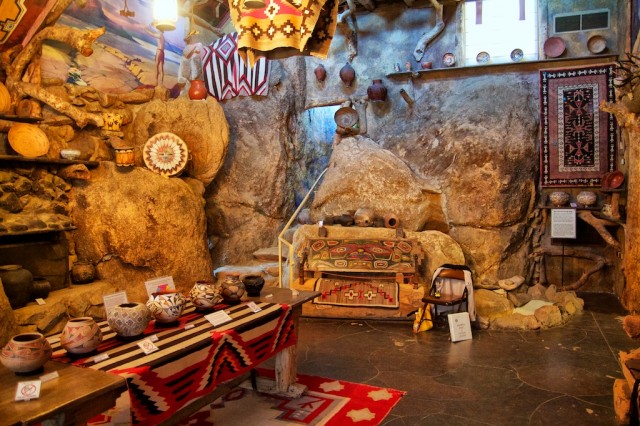 There is also a lot of paintings representing the cultures of the Indian groups (as envisioned by Mr. Edwards) dotting the ceiling. I also liked this quote that he had painted and hung up. 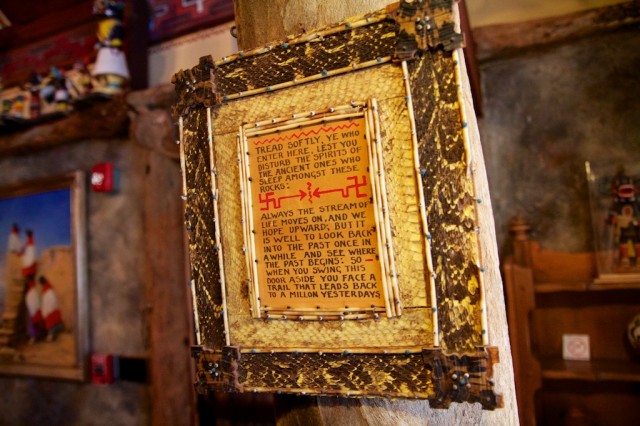 From there, you walk up the very rough rock steps into the upper area where you can see Mr. Edwards original displays complete with their stories. Here are some of my favorites. 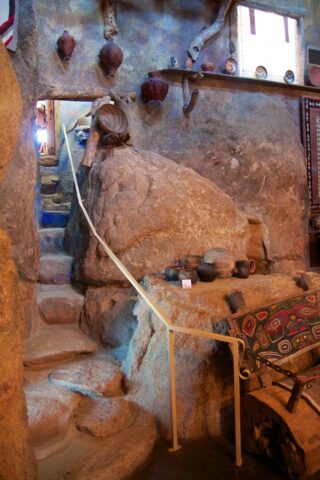 Take note of the way the floor is not at all straight or level, as well as it is just the same rock that makes up the bottom wall. 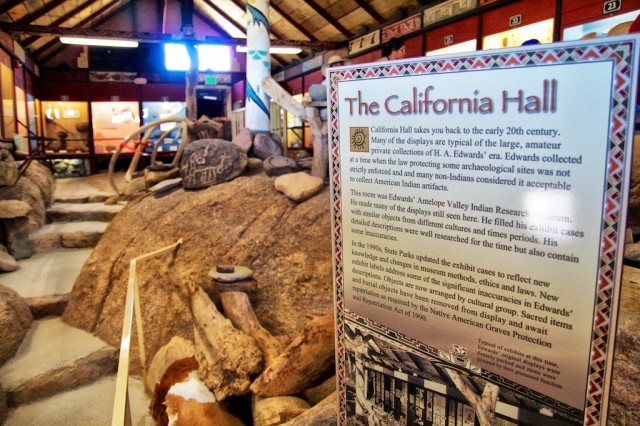 This is the area where you will find a lot of the unique stories that were created to explain the remains. 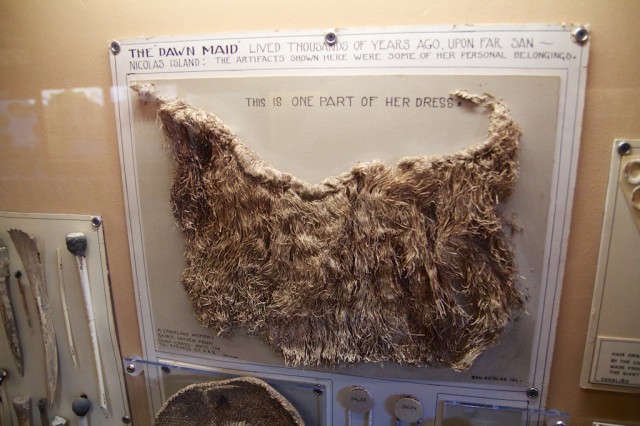 When you exit the house, you can see all of the different places the volunteers and guests stay on the property, as well as the interpretative trail that takes you along the outer area of the park. 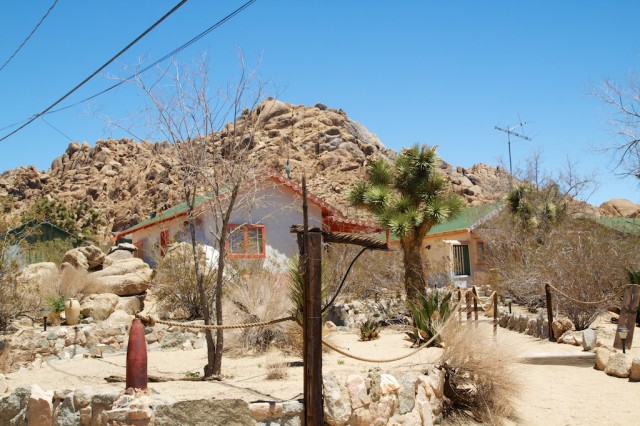 Lastly, I loved this random door in the ceiling. 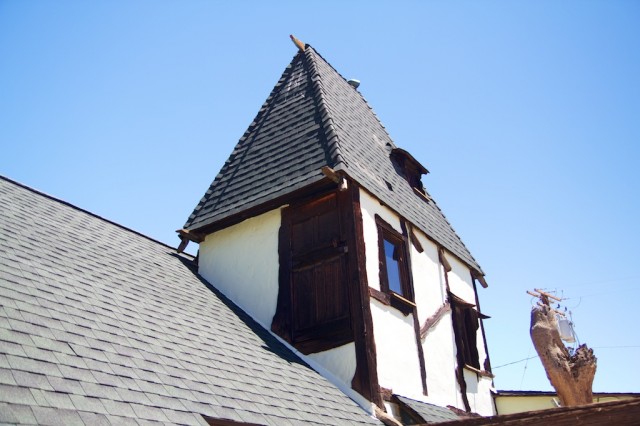 After asking about it, I was told it was the bedroom of the son, up in the attic (the only bedroom in the house). There used to be a ladder that would help him get up to his room, but it has since been removed. I found it funny that he had a ladder to get to his room on the roof, but anyway, I digress.

There is also a trail you can take that goes around the museum. I did not take it as I had already been hiking that day, and it was hot, but I am sure it would give you some unique views of the rocks and the house. Here is the trailhead. 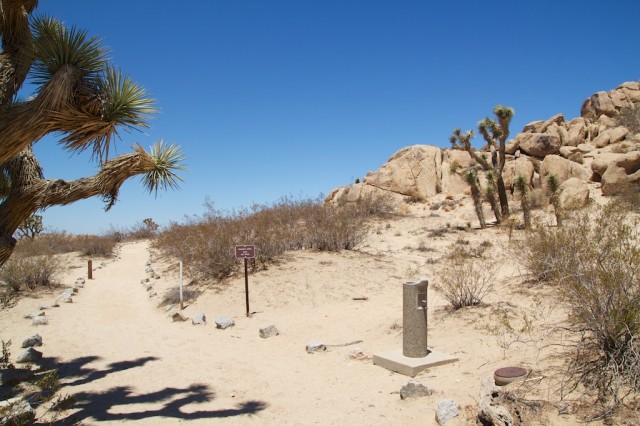 I wouldn’t say you need to make the drive all the way out here just for this museum, but if you are in the area for Saddleback Butte or something else, it is definitely worth stopping by this unique state park. 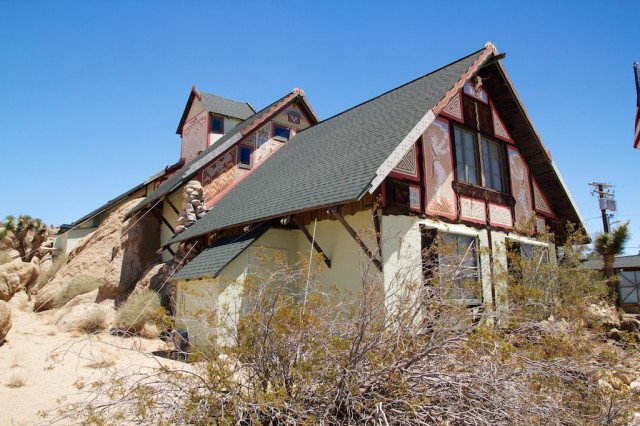 Make sure to leave a comment with your thoughts if you visit.