The Bombay Beach Ruins are one of those places I absolutely love, but I am not sure if others will or not. It is a total gem for photographers looking to capture a stunning example of urban decay in an area that has a background of a beautiful lake amidst the rubble. You will probably see no one else while there, and that adds to both the eerie vibe and the charm. Here is all the information. 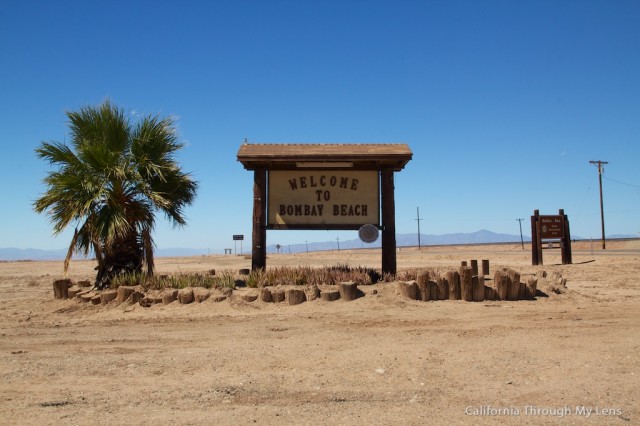 In the ’40s and ’50s, the Salton Sea area was posed to be a massive playground for the rich and famous. However, when the salt levels of the water rose, and the birds and fish died off, this area became much like the remnants of a disaster movie. 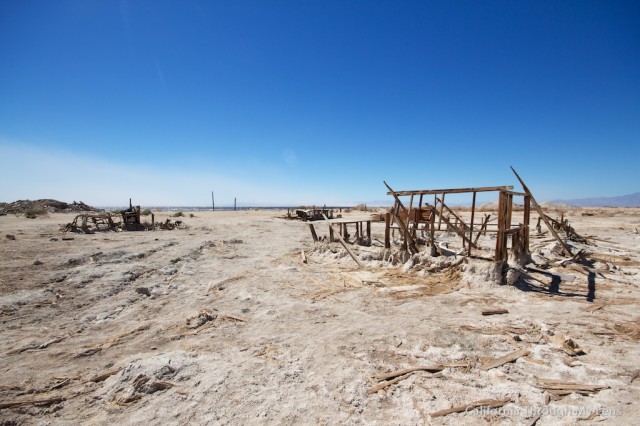 This is seen most prominently in the ruins of the Bombay Beach area that was overcome by rising water and the elements. This area is now just a beach with lots of ruins and crazy places for photography. I mean how often do you see an old TV sitting on a beach like the below photo. 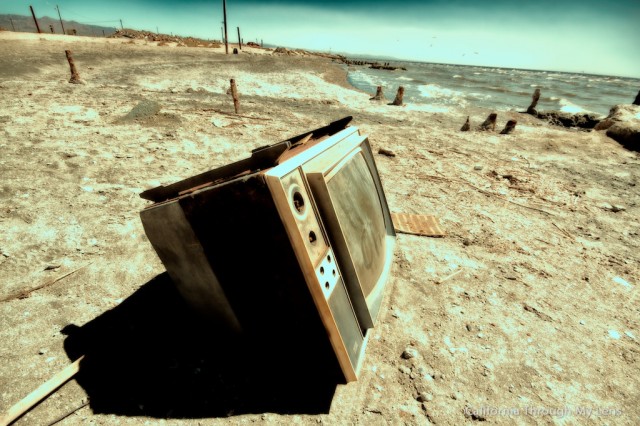 The ruins consist of about six main houses that are in varying levels of destruction, what looks like an old dock and what appears to be a pile of the leftovers from the things that stood here. 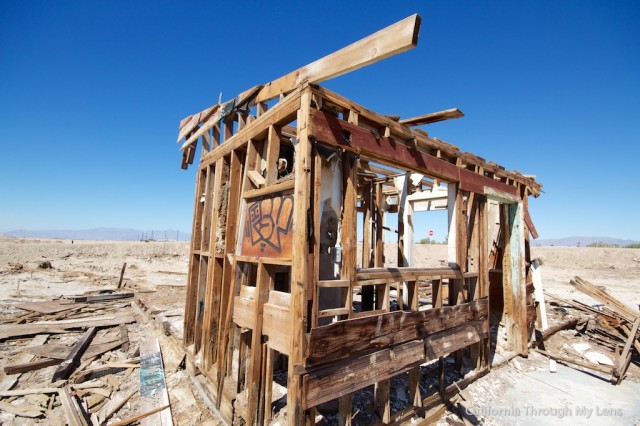 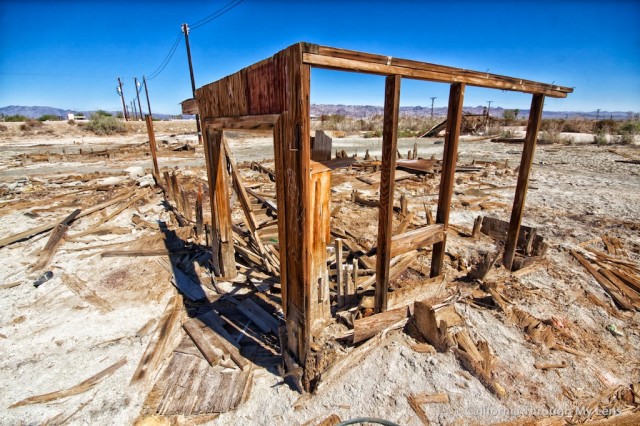 These houses range from a pile of wood to a floor with a couple of rooms still standing. I have to imagine that the ruins change with the wind and weather as well. 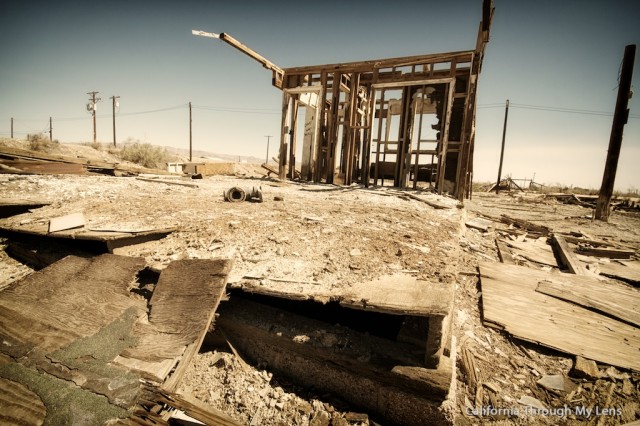 One of them had old lightboxes still connected, which was cool to see. 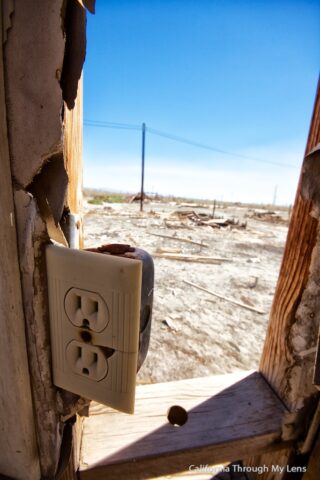 Another had an old chair sitting right in the middle of the rubble. 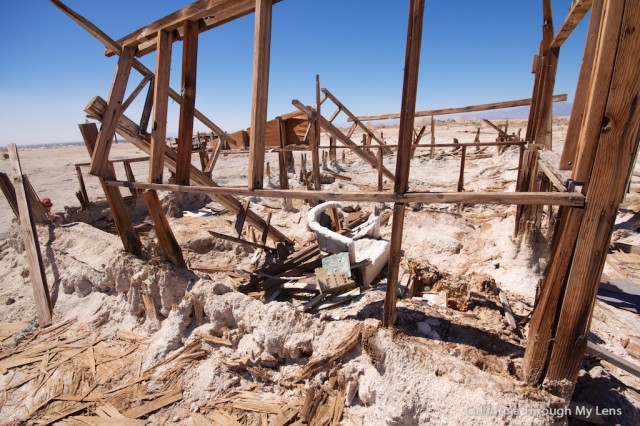 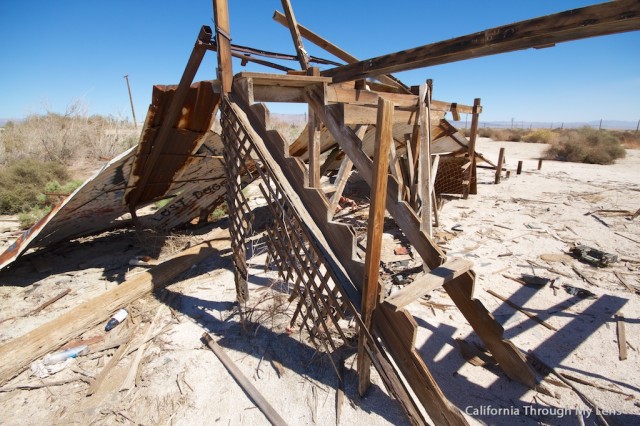 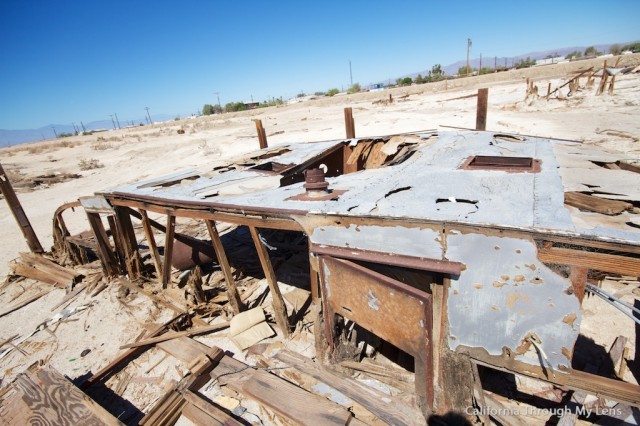 There are also two mobile homes that are about three feet off the ground as they had been knocked down over the years. 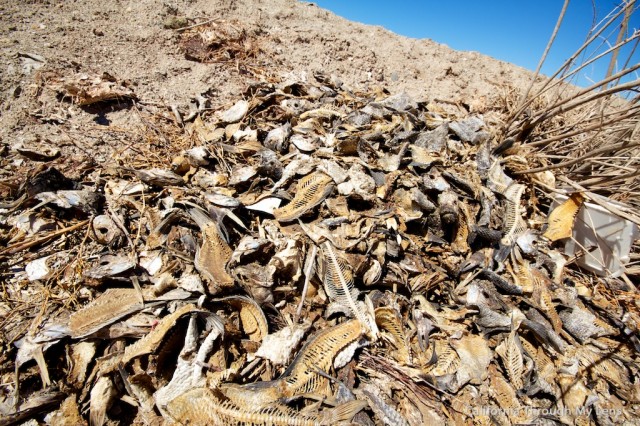 Lastly, in this section, there are piles of dead fish around the area that you will stumble upon. This is a bizarre sight to see.

The Beach and Dock 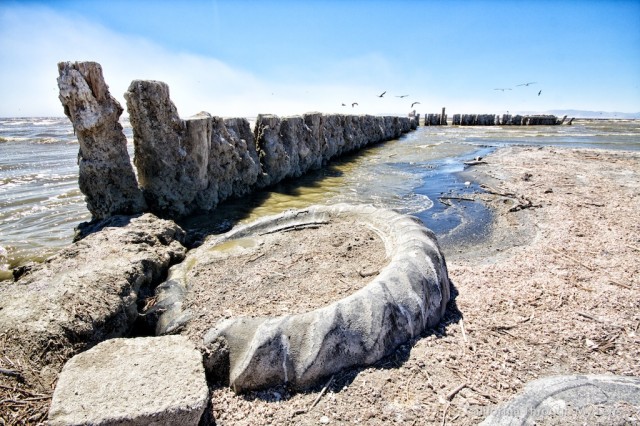 The beach area was pretty crazy, as the water was a brownish color, and there was a lot of different debris strewn around. I would assume the debris changes relatively often as well. While the area was desolate, there were still a lot of birds flying around over the water. 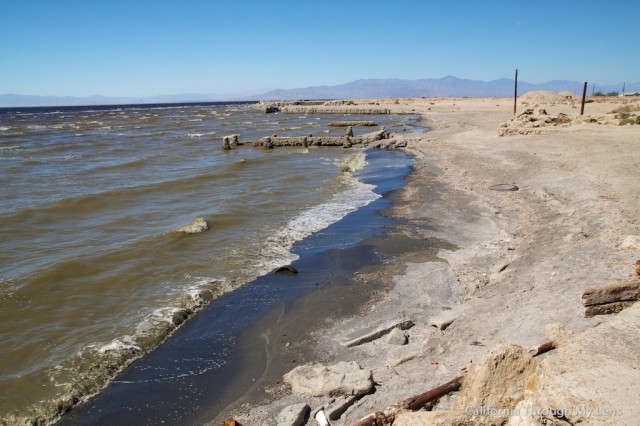 One of my favorite views for photos was this old tv sitting on the beach. While I would never be a fan of littering, it was a crazy juxtaposition of the technology with the beach and water behind it. 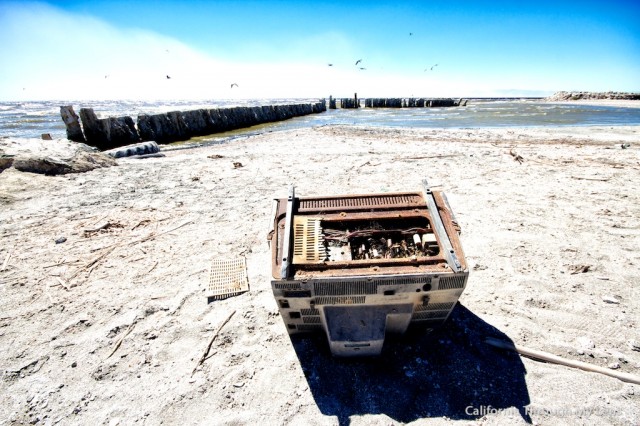 There were also big tires strewn around the beach as well. 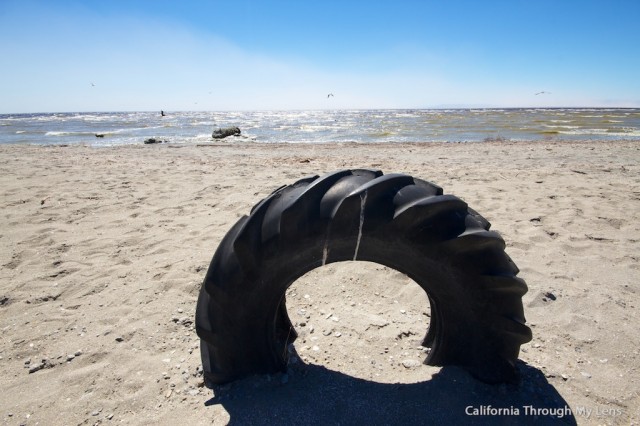 Lastly, there was this old dock that I saw a lot of birds on, and it was in varying levels of decay 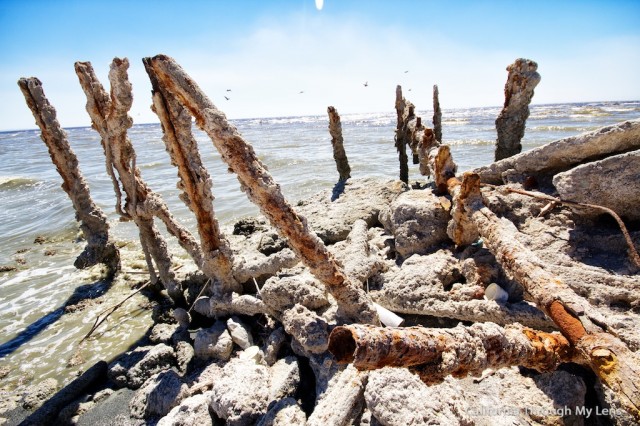 All in all, the ruins are something to experience for sure, especially if you are a photographer or someone looking to explore abandoned history. Make sure to continue to Salvation Mountain and East Jesus if in the area as well. Live me a comment if you visit below.