Since I was doing a complete guide to the Salton Sea, I knew I needed to see as much as possible. Everyone knows about Salvation Mountain, but few have ventured past both it and Slab City to the unique desert art community known as East Jesus. Note that this post is from 2014, so information in it may have changed. 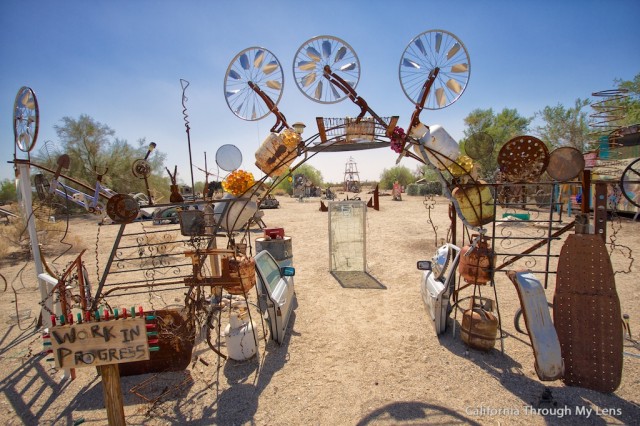 East Jesus gets its name from a slang term that was used in the Midwest back in the day where a person would describe really off the beaten path as being East Jesus. It is the perfect way to describe this art community on the very edge of Slab City, out in the desert, which is pretty much in the middle of nowhere, and from which it gets its charm. Here is all the information if you want to check it out. 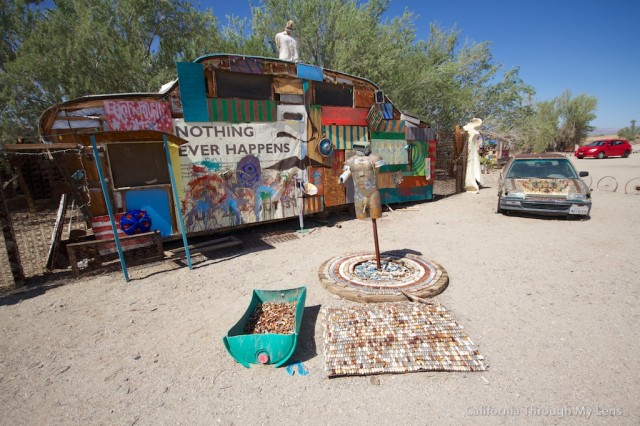 East Jesus is an experimental, habitable, extensible artwork in progress since 2006 begun by the late Charles Stephen Russell in Slab City, California. The inhabitants of East Jesus and offsite members provide a refuge for artists, musicians, survivalists, writers, scientists, and laymen. They are dedicated to providing a working model of an improbable improvised community. Completely self-contained and run entirely on solar power, East Jesus attempts to use and recycle every bit of consumable trash. They are unique in the Slabs in that they have Human Manure composting to reduce and improve the impact on the local desert environment.

When I got out of the car, I was immediately greeted by the man serving as the caretaker who was a super awesome guy. He took 30 minutes out of his day to give me a full tour, and it was great as I got a lot of background on the crazy art pieces and the community itself. One of the first things I was shown was this quote, and I thought it was a great reminder. 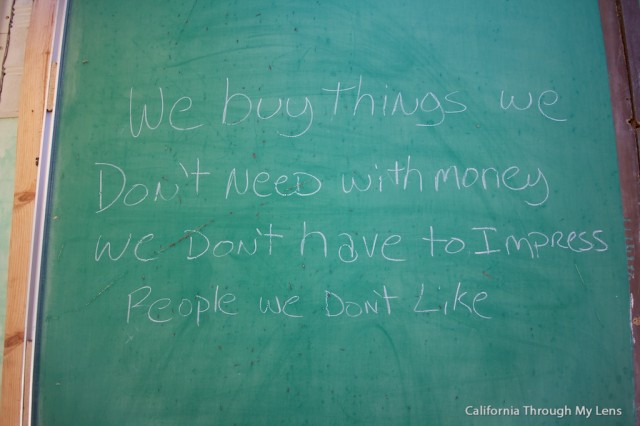 Basically, this community is just a welcoming area for people from all walks of life. Artists come here year-round, stay for one night or one month, and help to build art and work in the small community. 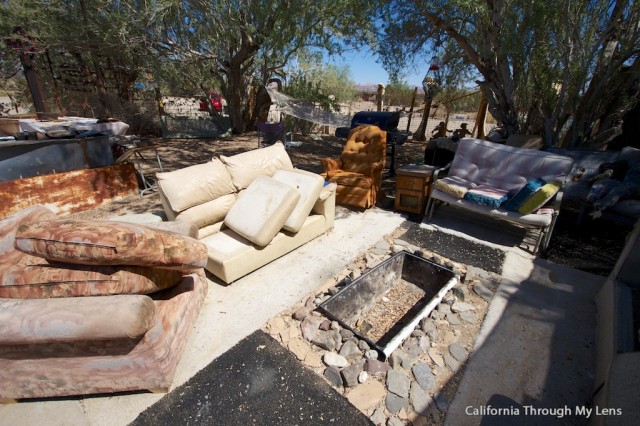 The people there were very welcoming to me and seemed like fun people to be around, plus I love the spirt that they have. That being said, I don’t want to try to describe the art as I would instead encourage you to go or let the pictures speak for the uniqueness of it all. Here are some of my favorites. 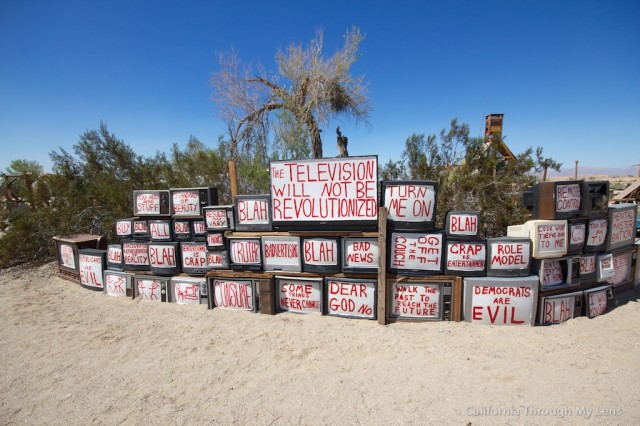 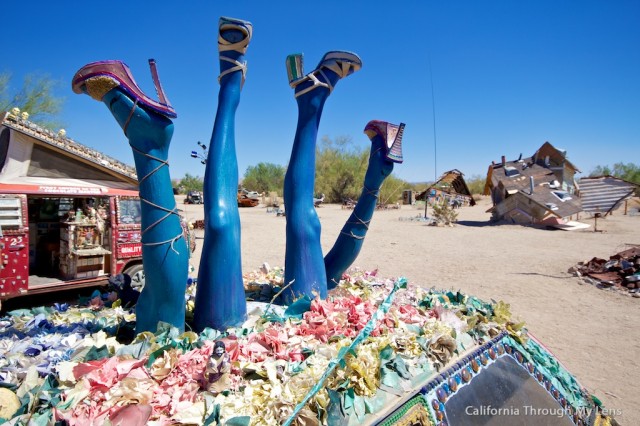 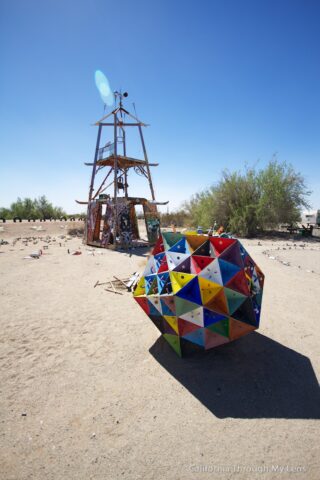 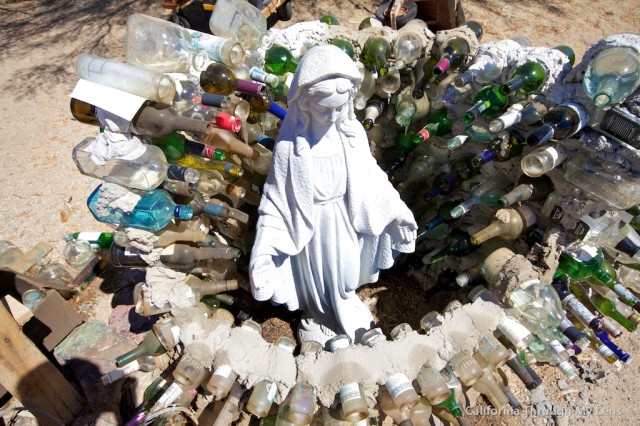 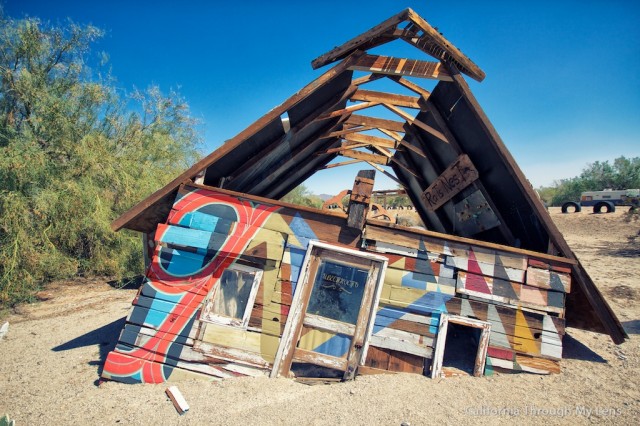 There were some stand out pieces that I loved, which I want to point out. The first was the time machine. I believe they said it was called this because you can sit in it and spin around, thus wasting time. I spun around in it for sure. 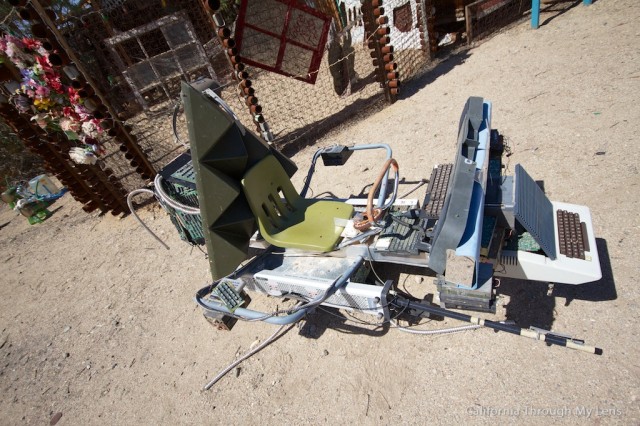 I also loved this giant mammoth made out of old tires. The pictures do not do it justice, but it was terrific. 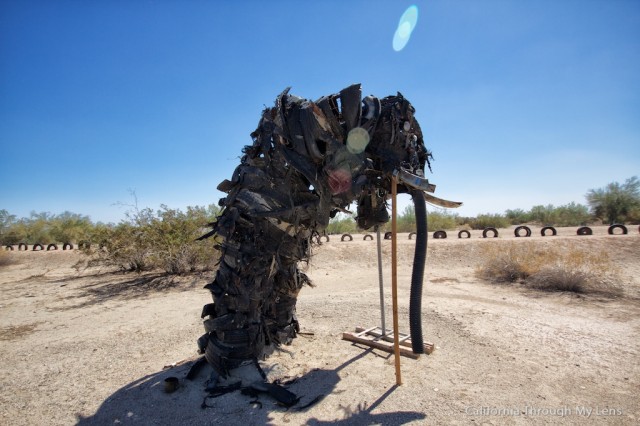 In the back, they had this awesome bus that was buried half in the sand named Walter. It was a makeshift living quarters and was pretty unique to see. 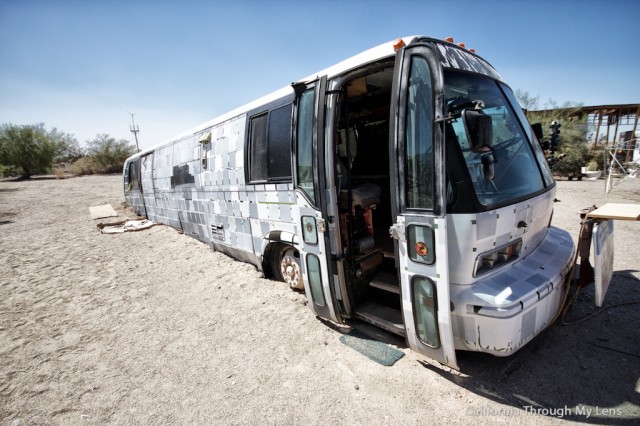 They also have a duck pond. 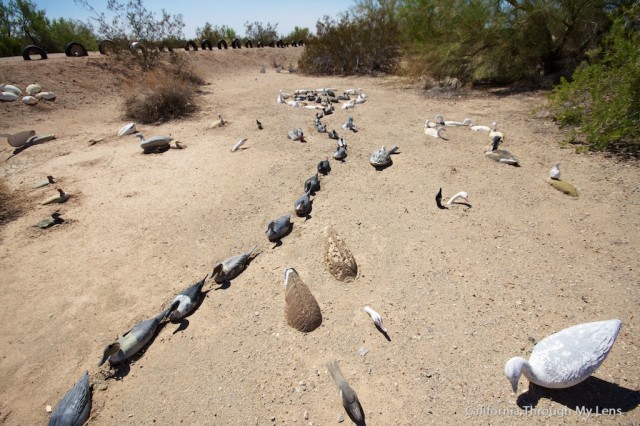 All in all, East Jesus was a unique place with an interesting outlook on life. After talking with our guide, it is hard to think they would ever see someone who they would not welcome; seems to me, more people could use a little of that welcoming spirit in their lives. 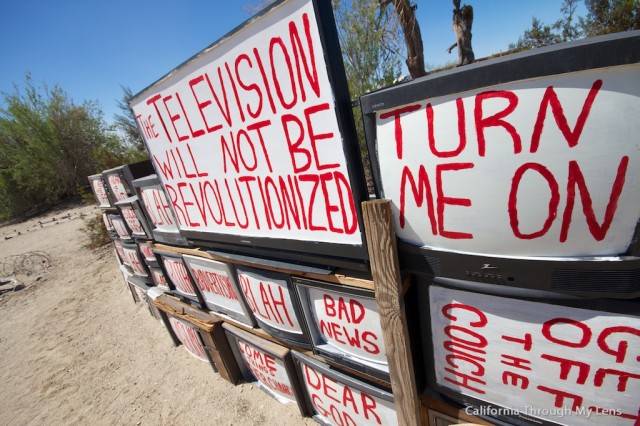 East Jesus is free to visit but accepts donations. Let me know your thoughts if you go.