As I sit in the picnic area of the park with beautifully cut grass, looking over the massive fence that separates the US and Mexico, it is hard not to think about how blessed we are. In my short time at this park I have seen people on the other side just sitting and staring into the US, I saw a mother and her daughter talking through the “Friendship Fence” to their husband on the other side, and I spoke with a border patrol agent that said scenes like that not at all uncommon. He informed me that there were people who come every week to sit and talk to a loved one through the fence. Now I am not trying to be political at all, it is just a sobering experience to watch, but I digress. This park is the most southwesterly point in the state of California and is a beautiful place to spend a couple of hours. It is a truly unique history lesson for the past as much as for what is currently going on; it is worth the effort to visit at least once. Here is all the information. 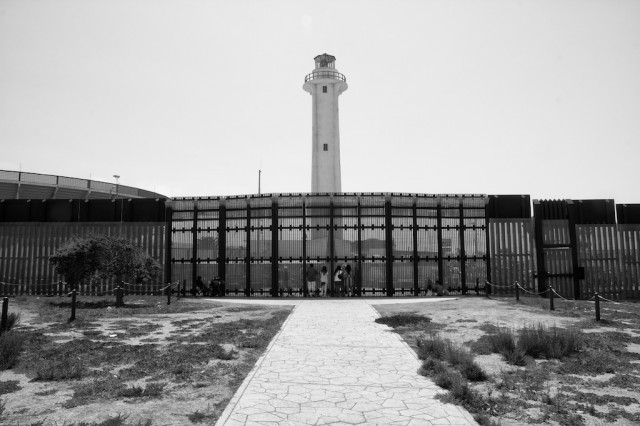 Here is the history from the California State Parks Site:

At the very southwest corner of America is a monument marking the border between Mexico and California. When California became a territory at the end of the Mexican-American War, an international border became a necessity. American and Mexican survey crews determined the boundary, and the monument of Italian marble was placed in 1851 to mark the original survey site. Today the monument stands in the shadow of the Tijuana Bull Ring and still delineates the border between the United States and Estádos Unídos Mexicanos. During World War II, the Navy used Border Field as an airfield. Combat pilots received gunnery training, learning to hit steam-driven targets that raced over the dunes on rails called Rabbit Tracks. Despite a variety of real estate schemes, the Navy retained control of Border Field until the land was given to the state in the early 1970s. 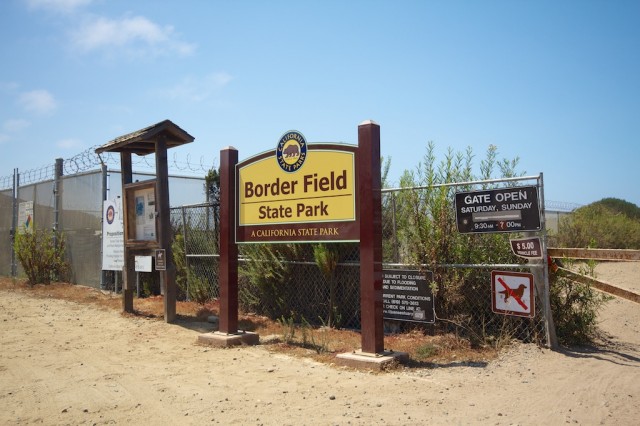 The park mainly consists of a small grass area with about 15 stone picnic benches and sails that hang above them to shade the sun. There is also a stone path you can walk that gives you views of the beach, the wall, the wetlands, and Mexico. Along with that, there is the Friendship Wall and a walkway down to the beach. 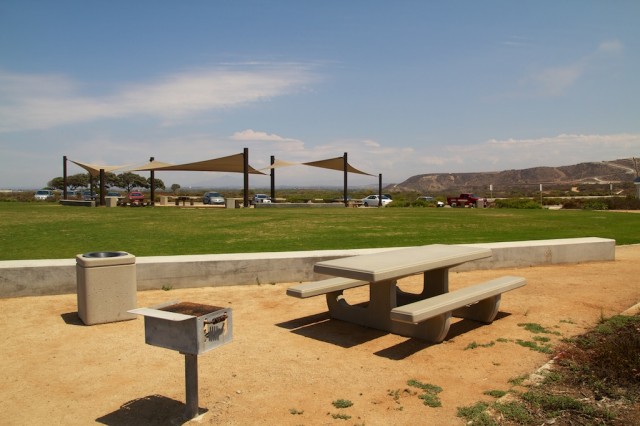 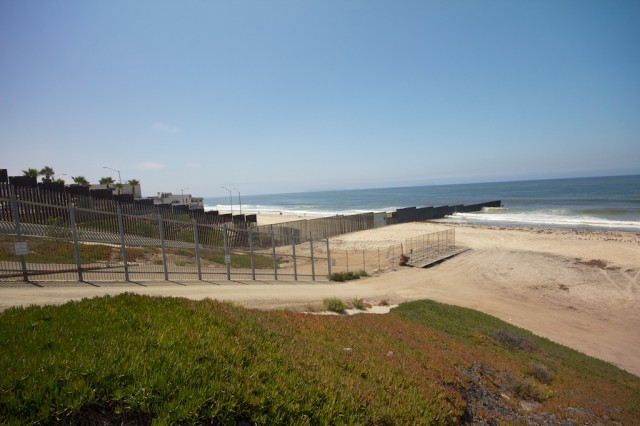 A short 5-minute walk will take you down to the beach. It is a beautiful beach but one you are not allowed to swim in it due to the runoff from the river nearby. Also, do not walk up to the wall as I started walking towards it and got yelled at by border patrol on an ATV. The below picture is as close as you can get. 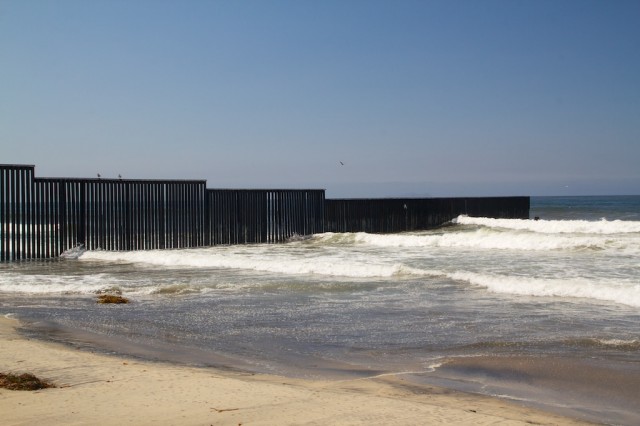 You can get a lot of genuinely unique pictures here if you have a zoom lens as you can see into Mexico and see the wall that extends 30 feet into the ocean. 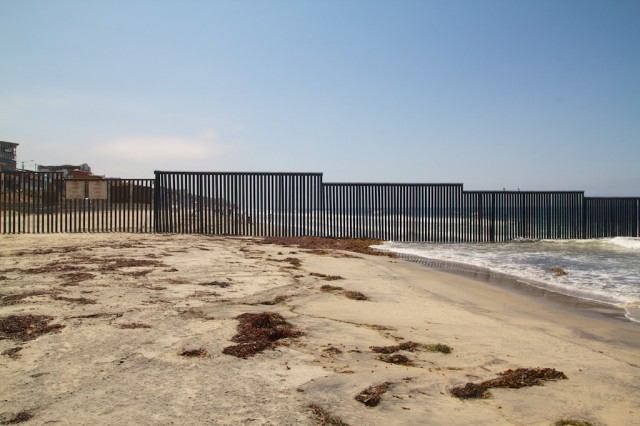 I asked one of the workers how they watch if people swim across, and he pointed out the cameras have night vision and a bunch of other special features, pretty crazy. 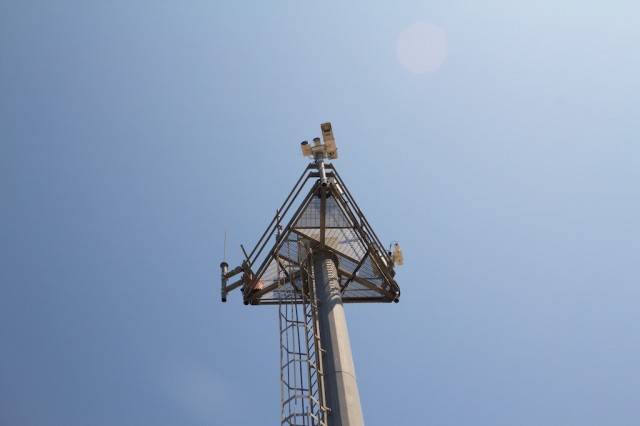 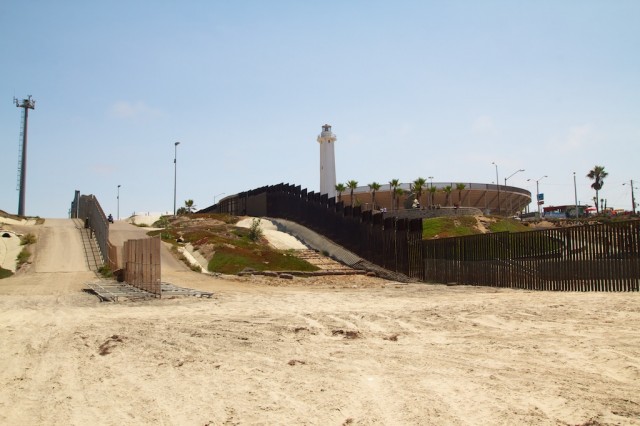 The wall itself is massive and stretches as far as you can see. You are not able to walk up to it except for the small friendship area that is only open on the weekends, but the sheer size is impressive. 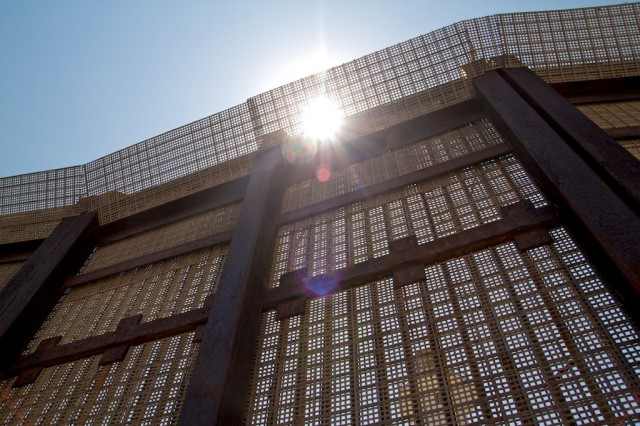 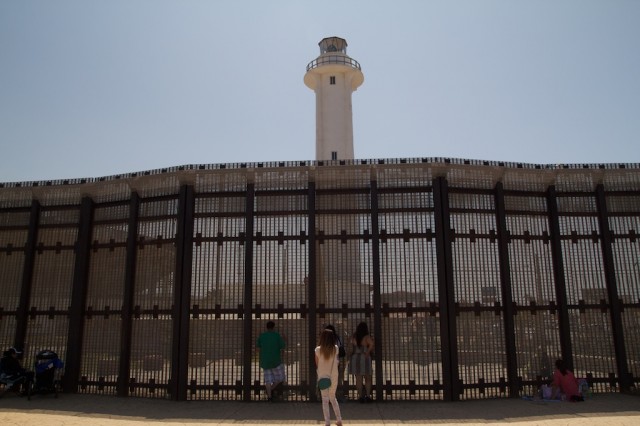 This area is pretty unique as well. Essentially, you can walk directly up to the wall and interact with others who are on the other side. It is absorbing to see all of the families just hanging out there talking through the wall. The wall is a very tight mesh that you can speak through but not pass things across. This has been a new addition in the last five years I was told. 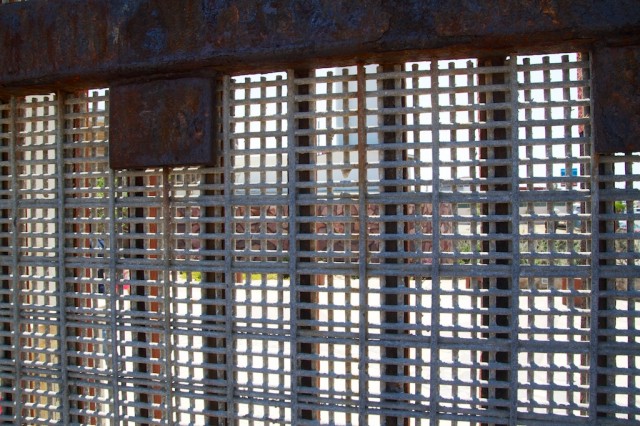 I walked around here for a little while but did not stay too long as you have to remain on a small path and are monitored the entire time. 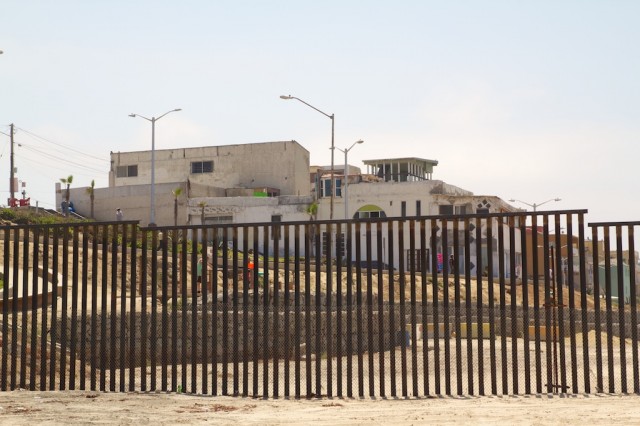 On the Mexican side, lots of people were swimming in the ocean and enjoying the beach. I even saw someone stick their hand through the wall and take a picture of the US side. There is nothing stopping anyone on that side from walking right up to the wall as there is on the US side. 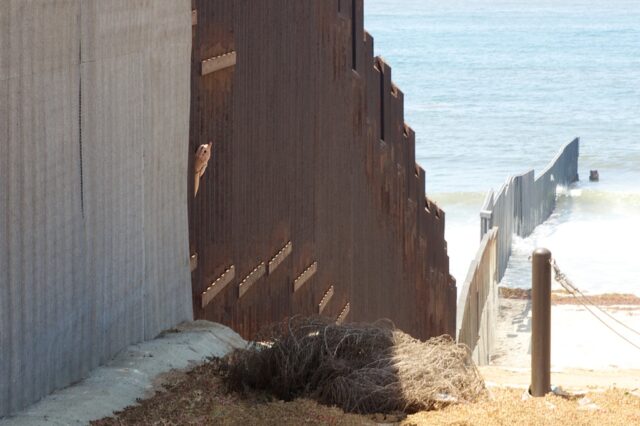 There also is a massive bullring on the Mexico side that you can get a great view of while walking around. 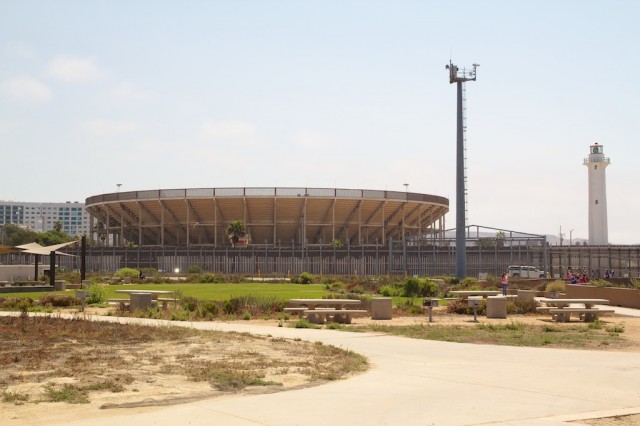 All in all, this is a crazy park to experience, one that I highly recommend. It is so far out of the way that you have to plan your trip to make it there, but I thought it was worth it as it helps to put your own geographical advantage in perspective. I would love to hear what others think if you want to leave a comment below.