I would put TCL Chinese Theater (formally known as Grauman’s Chinese Theater) as one of the quintessential Los Angeles landmarks along with the Hollywood Sign. Until recently though, I had no idea that the public could actually go on a regular day and see a movie there. It is a famous place where many of the Hollywood premiers are held and the site of the footprints of celebrities that are forever stuck into the ground for people to marvel at; however, if you want the full experience, you should go see a movie in the beautiful and historic theater. Here is all the information. 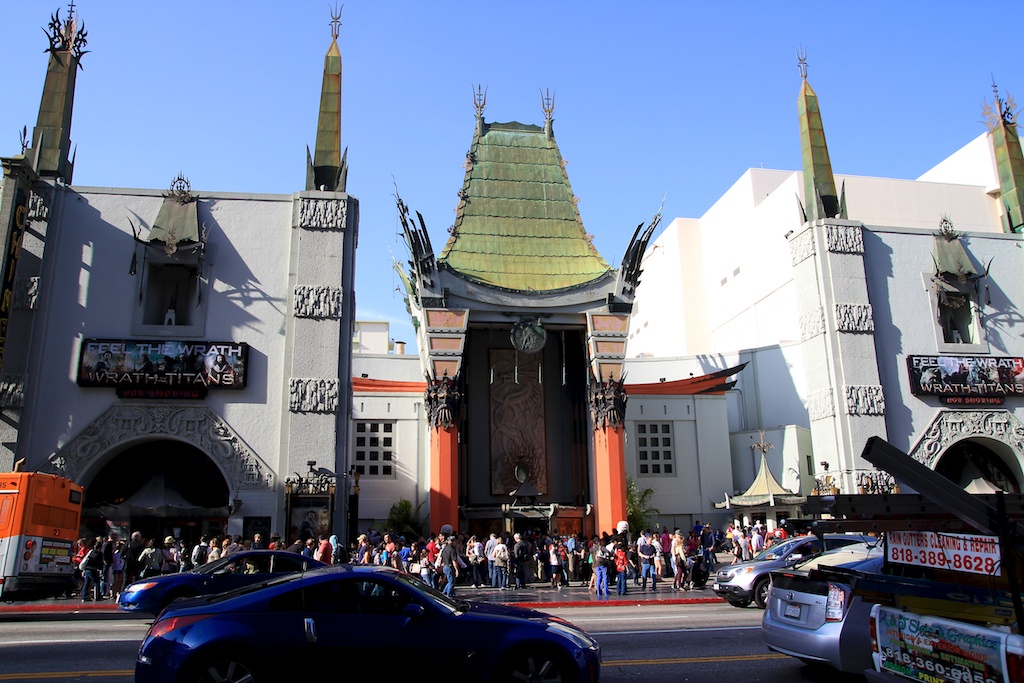 Make sure if you are going to the theater, you see the movie that is in the main auditorium, as the other side screens are just a regular movie theater and lose a lot of the luster that comes with walking through the crowd and into the historic theater. For us, the movie playing there was Revenge of the Titans, but the movie doesn’t matter as much as being able to enter the theater and take in the history. The theater seats up to 2,000 people and is stunning how big the inside really is. 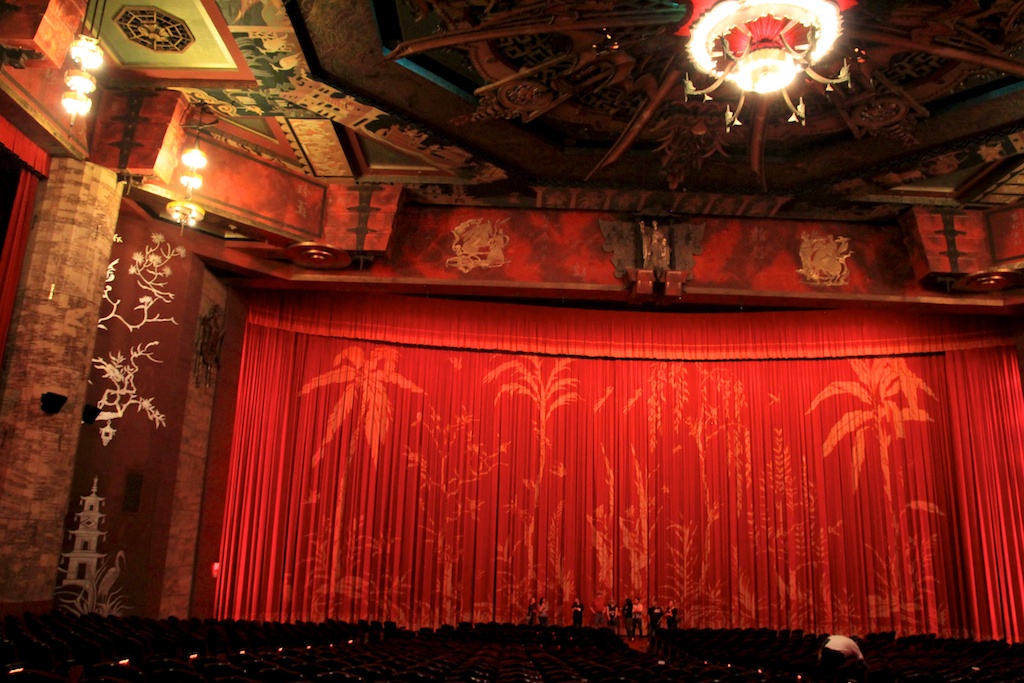 The main lobby area of the theater is also unique as it has memorabilia and costumes from movies like Cleopatra to try to keep all of the history amid the modern updates such as the snack bar. 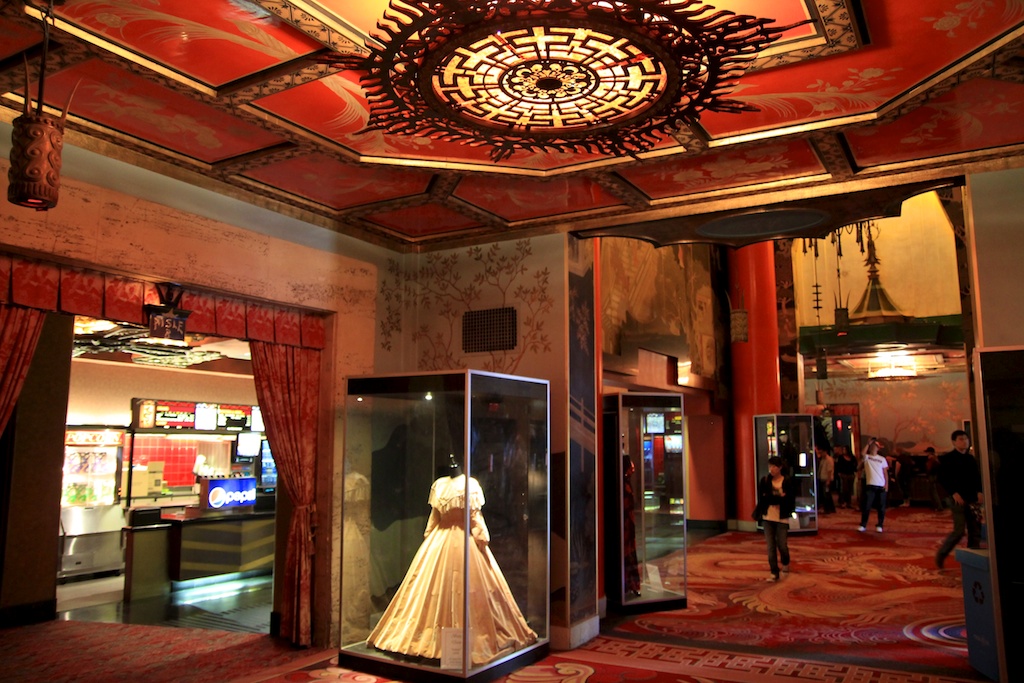 When we were there, only about 25 people were in our showing that sat 2,000, so we were able to get a good seat and enjoy the movie. The seats themselves recline, and the screen has a giant curtain that opens to reveal the movie when it starts, much like watching a play. 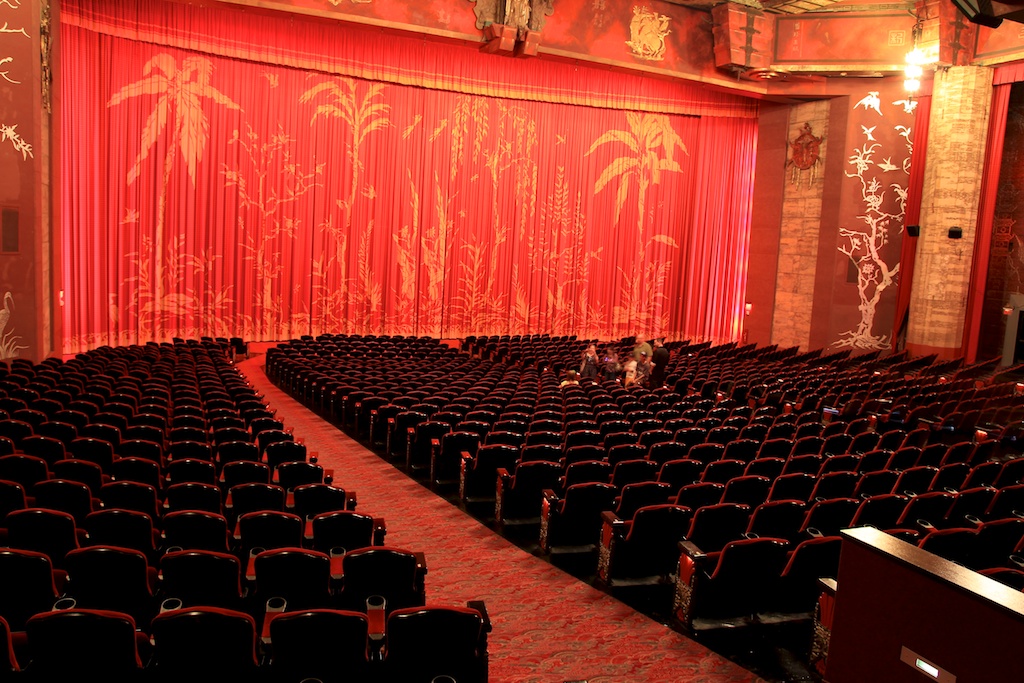 After we finished watching the movie, they came through with a tour. The guide stated that the first movie here cost 11 dollars, which would translate to 800 dollars in our time and lasted all night. After taking some pictures and exploring, we made our way out to the footprints.

The footprints have a lot of Hollywood significance and are a cool thing to see and take pictures of. There are so many to see that you have to search to find the ones that are important to you. The modern pop culture ones such as Harry Potter (complete with wand prints) and Twilight are always super busy, but if you want to see the Stars Wars one like me, then you can usually get a shot without other people. Check out some of the photos below. 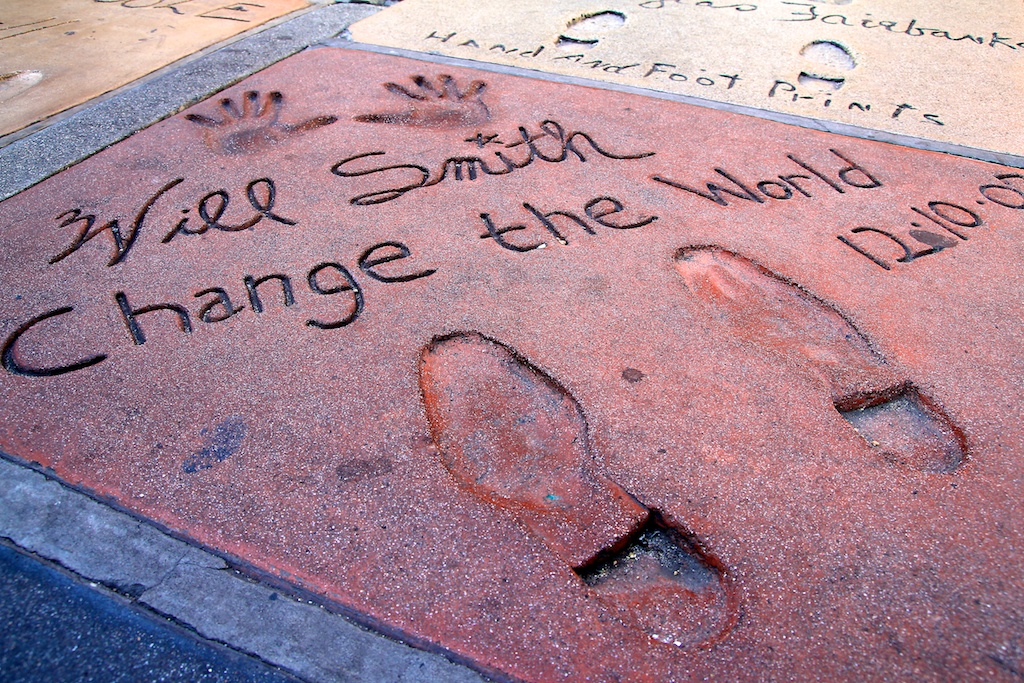 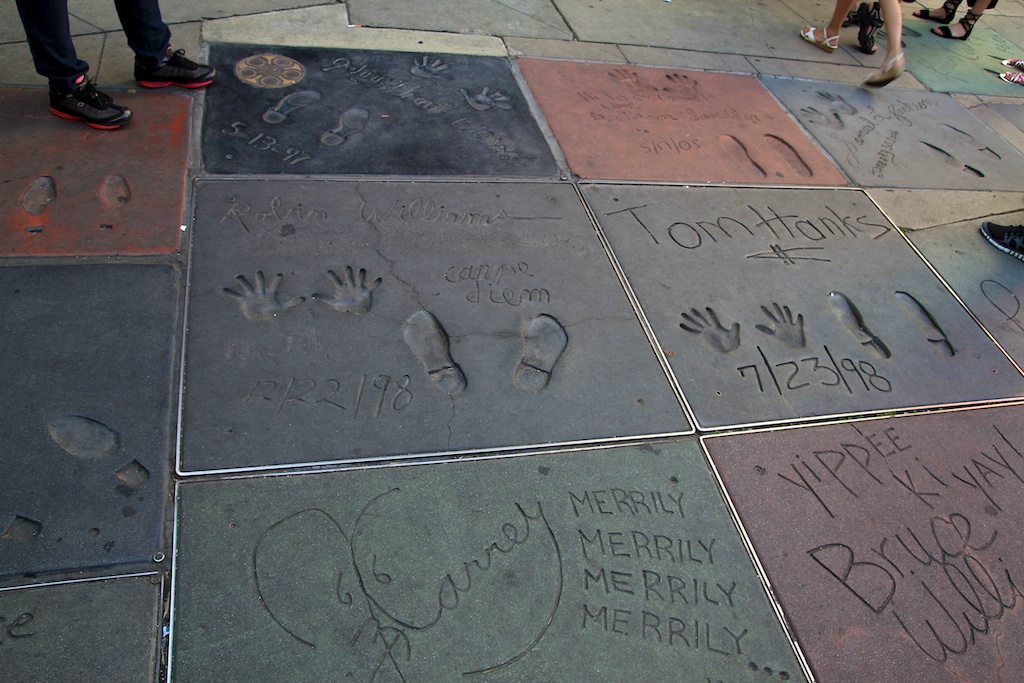 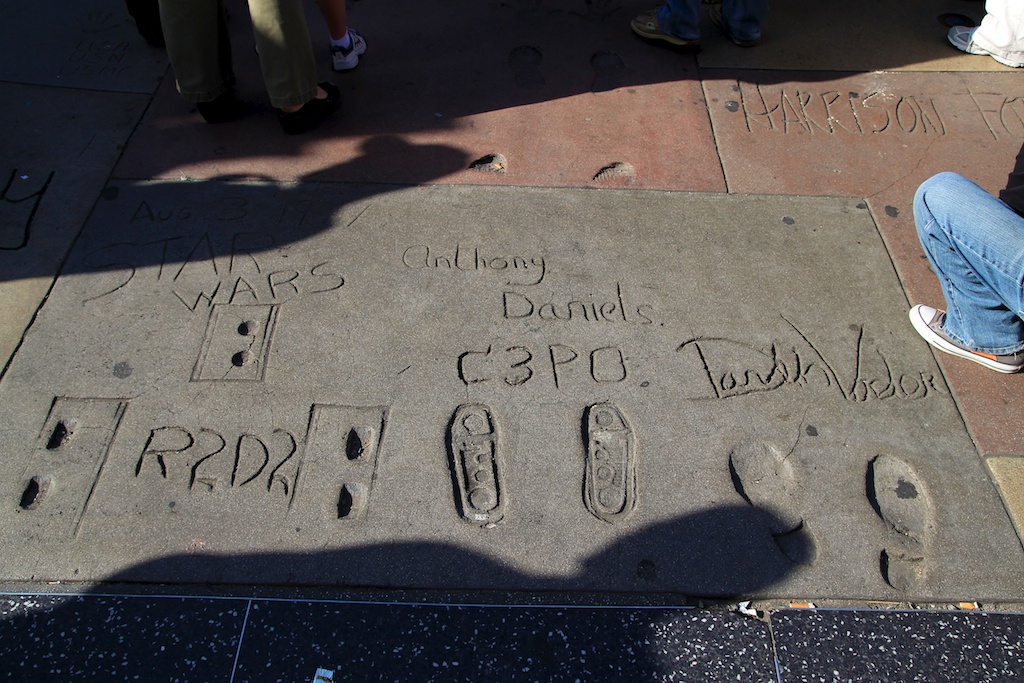 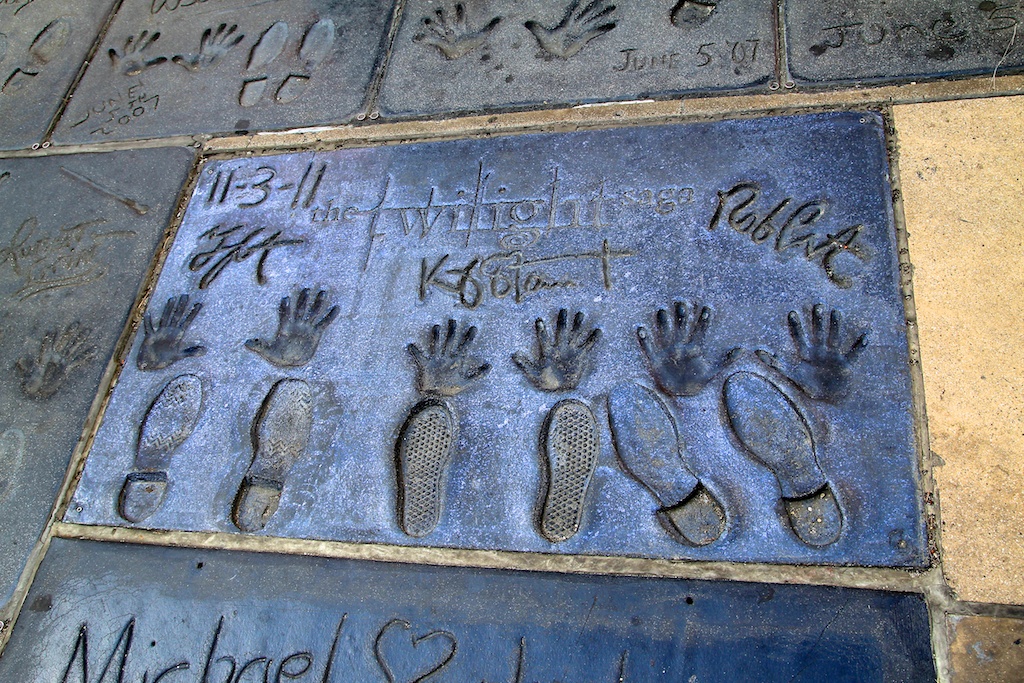 I really can’t stress enough how much fun it is to see a movie in such a historic theater. I had no idea it would be as cool as it was, and I am glad I was able to do it. If you go, make a full day out of it and visit some of the other Hollywood landmarks like the Hollywood Museum and Griffith Observatory, then grab a burger at Unami.