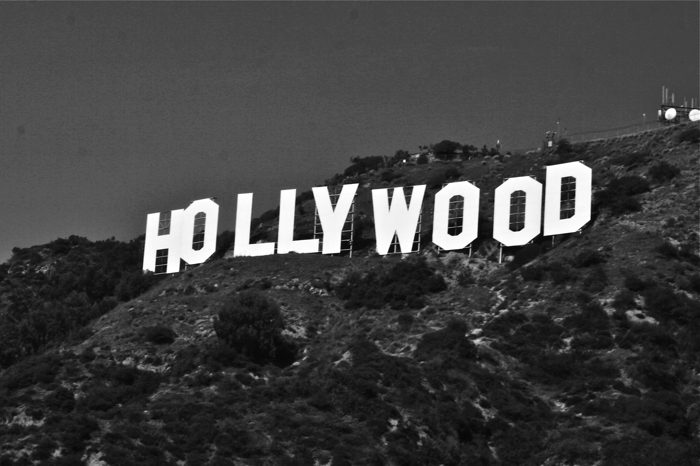 As one of the most iconic symbols of California, the Hollywood Sign is also very accessible and should be a go-to destination at least once during your time in the state. The hike is easy enough that any member of the family can do it, but still difficult enough to get your heart rate pumping and your blood flowing (just don’t hike in the heat of the summer). Once you make it to the Hollywood Sign, you will see a unique view of LA that is unlike most other views, as you see the Hollywood Sign with LA behind it instead of vice versa. Bundle this with the Bronson Caves, the Batcave from 60’s TV lore, and you will have made a full day of experiencing the essence of Hollywood nostalgia. Here is all the information. 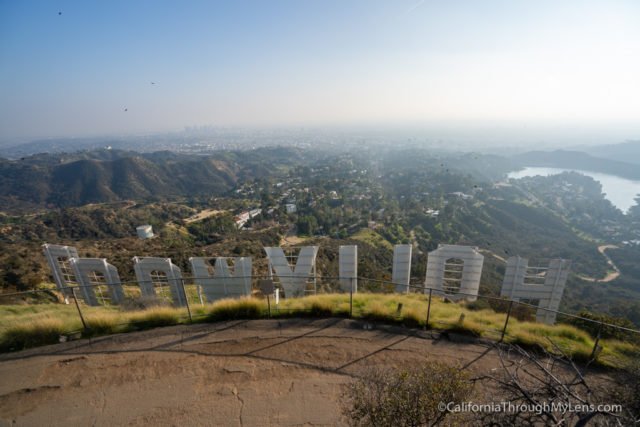 Here is a video I made from my recent trip up to the Hollywood Sign on this trail.

The sign was first erected in 1923 and originally read “HOLLYWOODLAND.” Its purpose was to advertise the name of a new housing development in the hills above the Hollywood district of Los Angeles. Each letter of the sign was 30 feet (9.1 m) wide and 50 feet (15 m) high, and the whole sign was studded with some 4,000 light bulbs. The sign was officially dedicated on July 13, 1923. It was not intended to be permanent. Restoration company Bay Cal Painting says on its website that the expected life was to be about a year and a half. Still, after the rise of the American cinema in Los Angeles, it became an internationally recognized symbol and was left there. In 1949 the Hollywood Chamber of Commerce began a contract with the City of Los Angeles Parks Department to repair and rebuild the sign. The agreement stipulated that “LAND” be removed to spell “Hollywood” and reflect the district, not the “Hollywoodland” housing development. 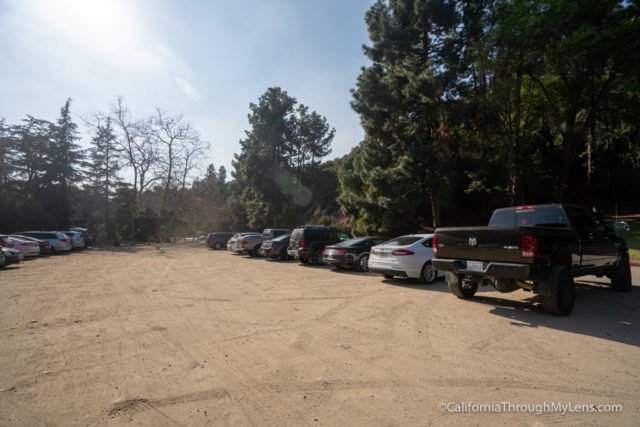 The trail begins at the end of Canyon Drive, and two parking areas can be utilized, but they do fill up on the weekends. Note that the gate to this area closes at sunset, so you have to be out by then. 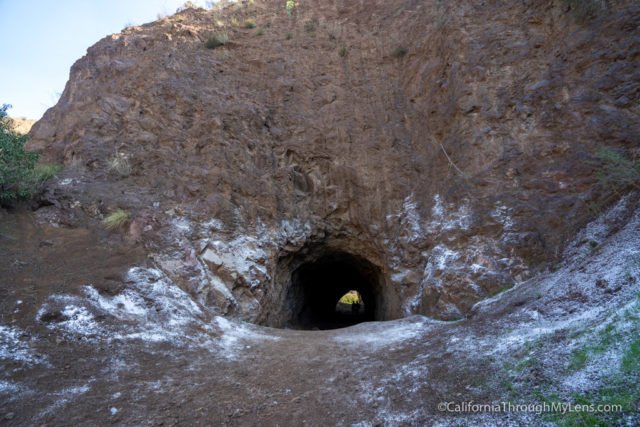 When you park at the bottom of Bronson Canyon Park near Camp Hollywoodland, you are less than a half-mile from the Bronson Caves. Simply proceed up the road, take the first right, and climb the hill to the caves. 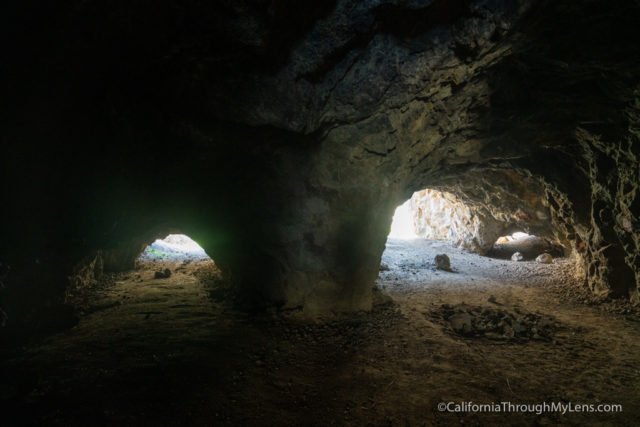 These man-made caves remind me of a time in the past when Hollywood was coming of age, and Batman had one-liners instead of dark battles. It also has excellent views of the end goal of this hike, the Hollywood Sign. I love all things Batman, so I was excited to walk through the caves, snap a couple of pictures, then proceed on. 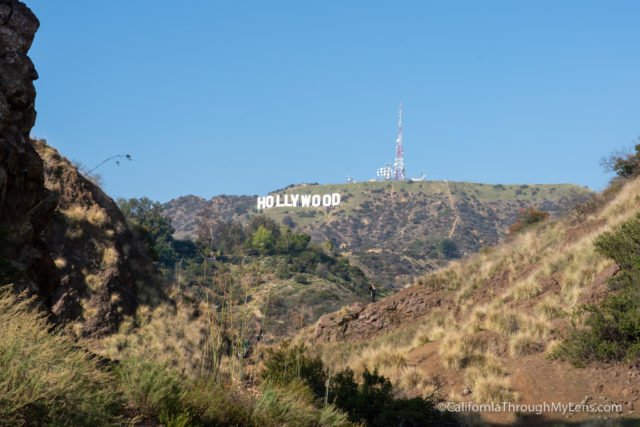 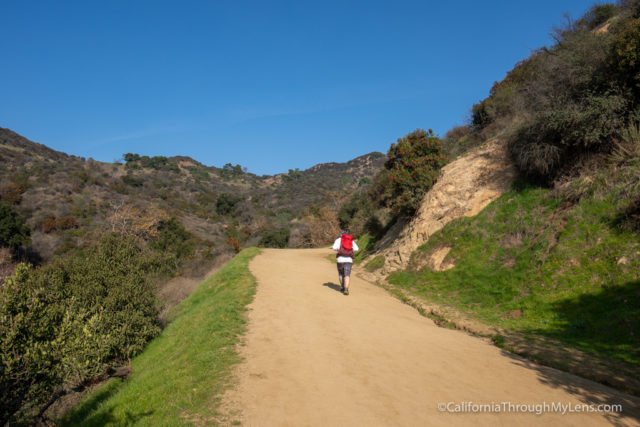 From here, the hike starts. The first part of this trail through brush canyon is the toughest as you will be going uphill the entire way on a dirt road. Take your time and enjoy the changing views. Make sure to pack a lot of water if it is a hot day, as there is almost no shade; it’s a better hike to do during the colder months. 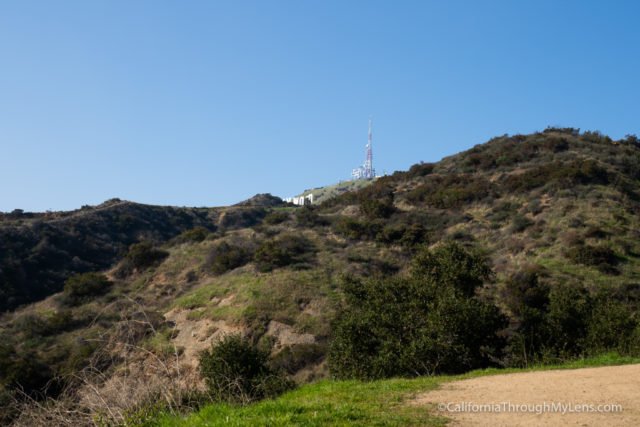 Eventually will start to get a few views of the Hollywood Sign over to the left as you ascend. The Brush Canyon trail ends at the Mulholland Trail, where you will continue left. 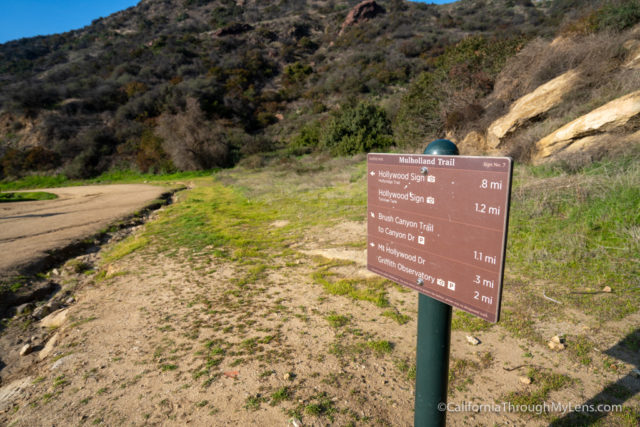 This trail follows the hillside as it weaves in and out, luckily it is pretty flat, so it is a nice break. 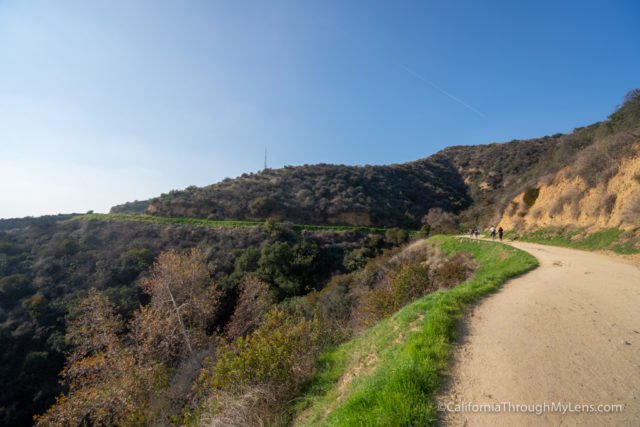 If you want an option view of the sign, the Hollyridge Viewpoint used to be part of a trail that you could take to the Hollywood Sign, but that was closed to the public in 2017. Now you can only access the viewpoint from the spur on this trail. 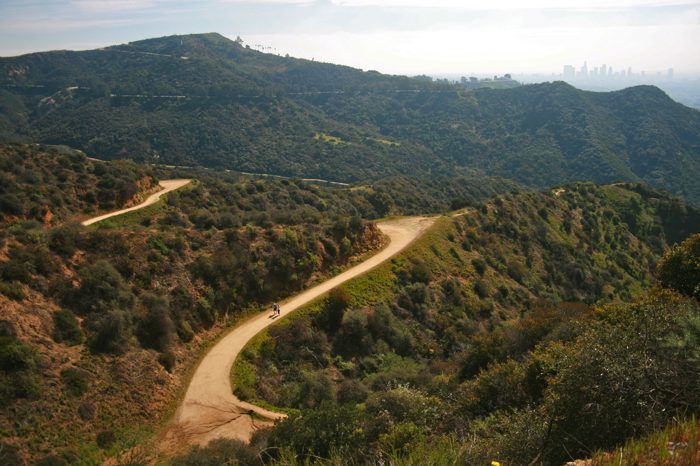 Continuing on the Mulholland Trail, it is another relatively flat section before it connects with the paved Mt Lee Drive. 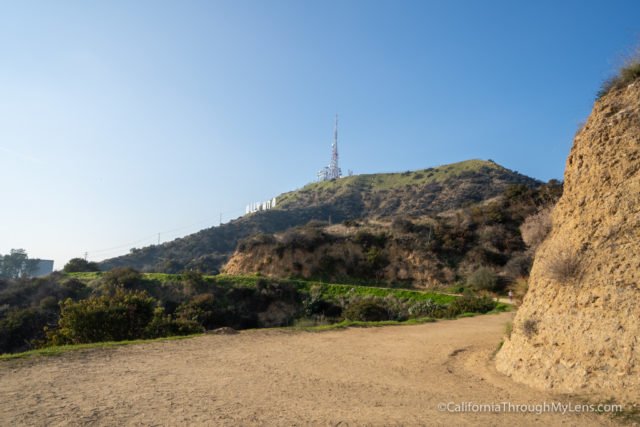 If you go left here, you will get to the Mt Lee Drive Viewpoint for the sign. This is probably the best viewpoint for the Hollywood Sign as it is direct and unobstructed. It will add about a half mile onto the trail. 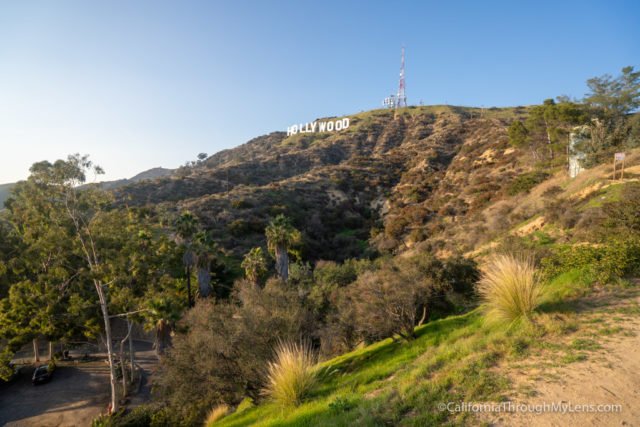 Or you can just turn right and begin the climb up to the back of the sign. 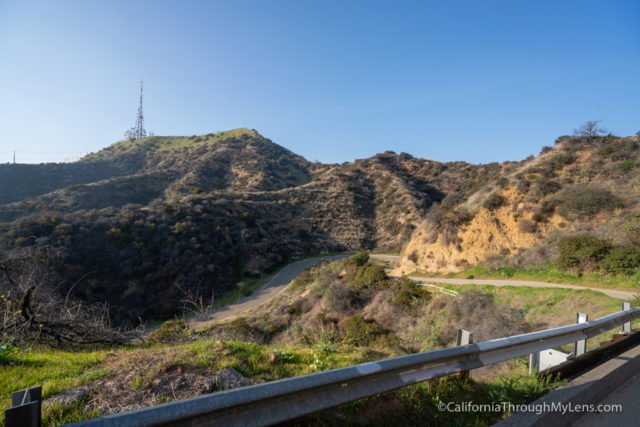 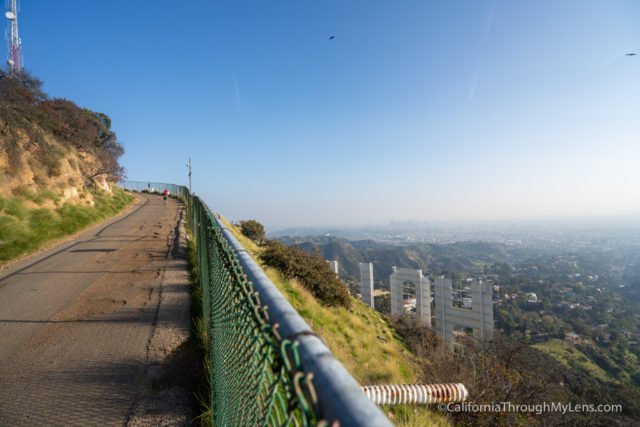 After proceeding another half mile, you will find yourself at your destination behind the Hollywood Sign. Unfortunately, this is as close you can get to it, and I recommend taking pictures through the gate to get a better angle. The sign itself has like ten cameras watching every aspect, so I would not suggest trying to sneak in as it is heavily watched. 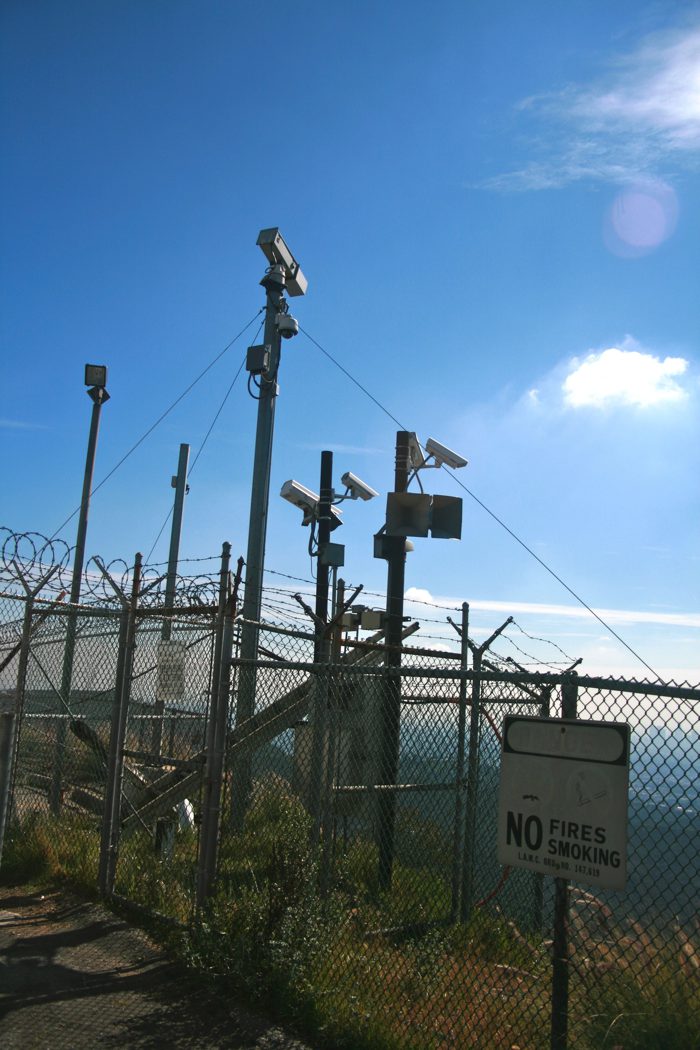 You can, however, proceed to the little hill behind it and get a great panorama view looking down on the city and the sign. From there, simply proceed back down the way you came; watch your step though it can be somewhat steep going down. If you hiked from the Batcave, then you will have done about 7 miles by the time you are done. 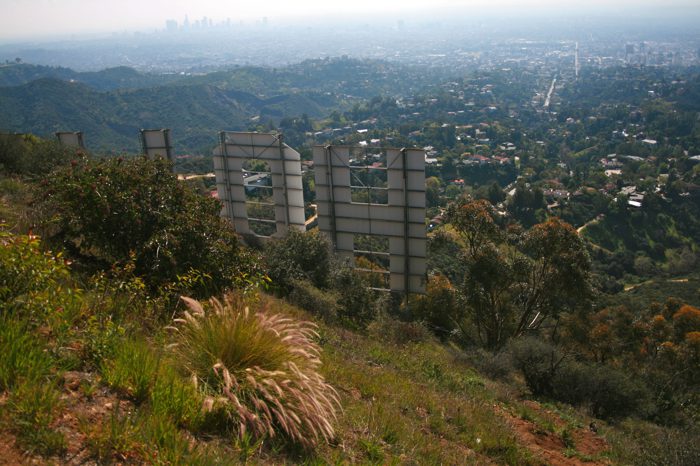 I highly recommend adding this hike to your list. It is a quintessential view of LA history. It shows the Hollywood sign, from an angle that you never see and lets you get close to this iconic landmark. Here is a panorama I took as well click to see it full.

I am glad it has so much protection, as I am sure people would mess with it like many of the other deteriorating places of nature in California. Oh and congratulations, you have made it to the Hollywood Sign. 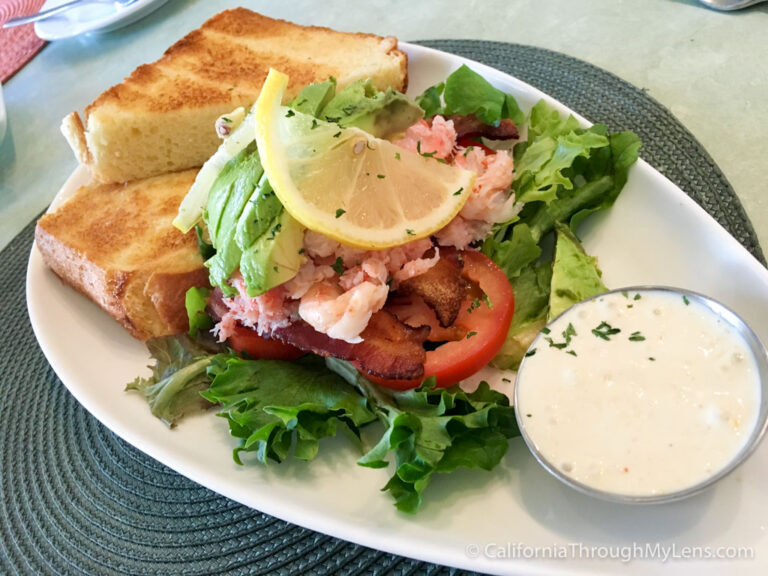 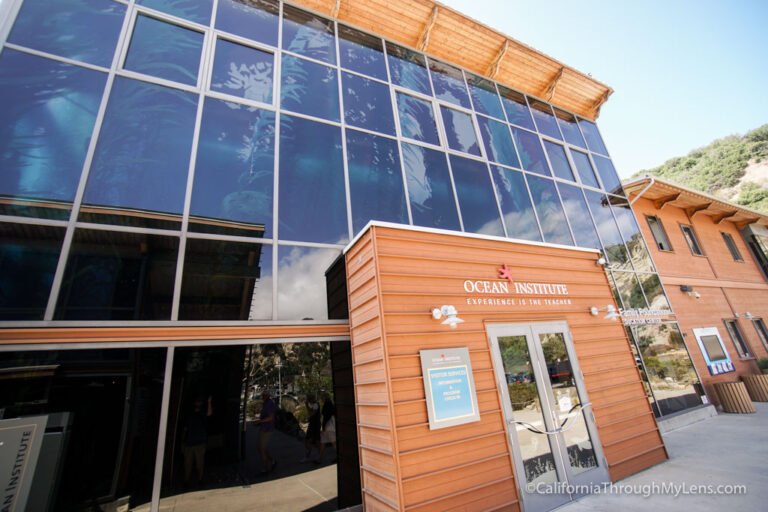 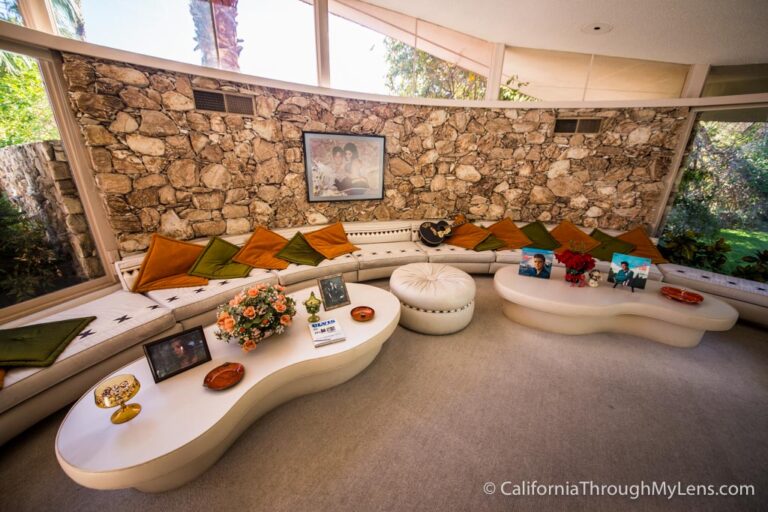 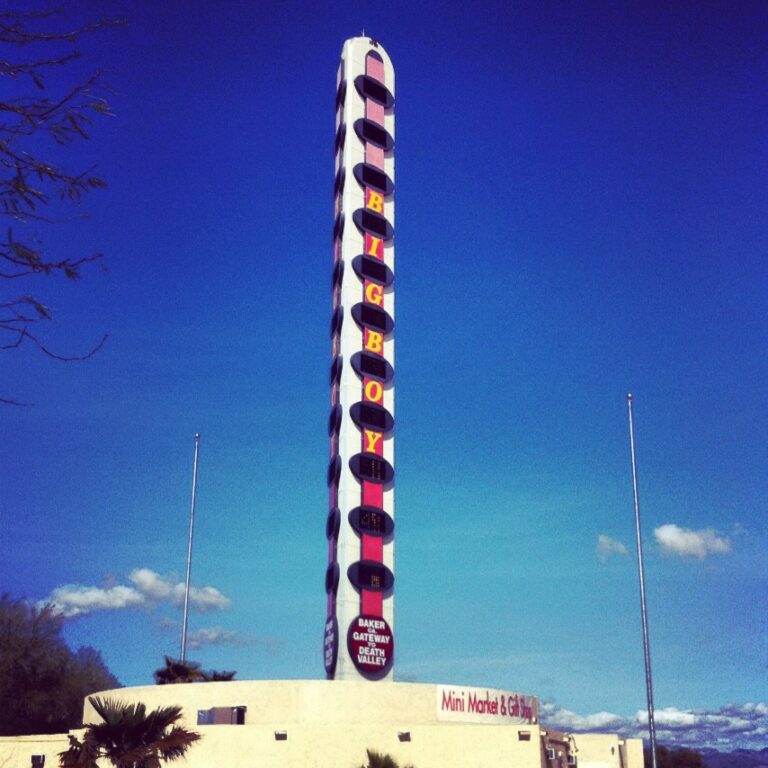 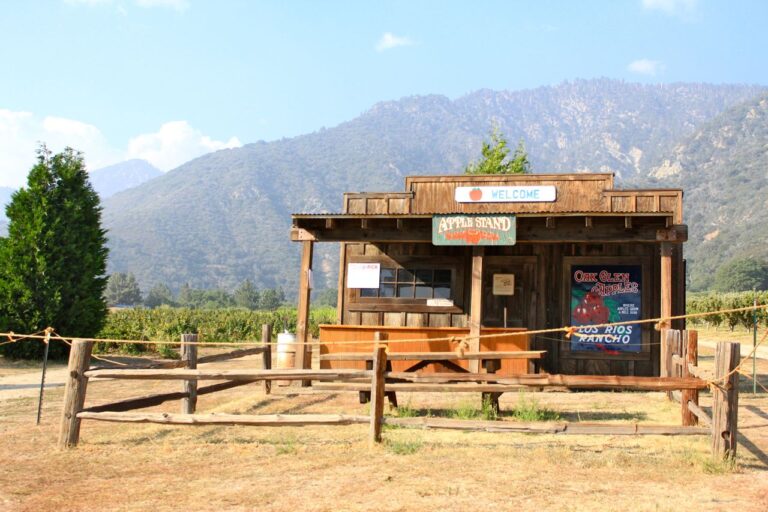 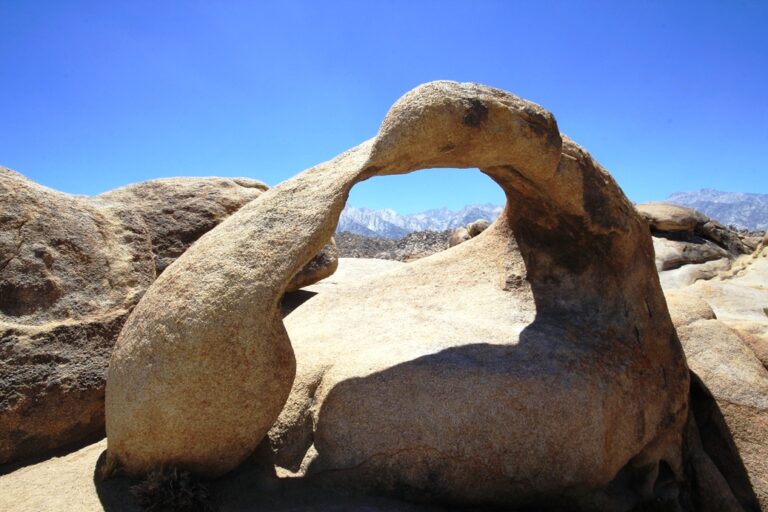