Located 20 miles off Highway 101, out past the wineries of Paso Robles, is the unfortunate place where James Dean hit another car and died in a fatal car crash. As a beloved movie star, even with only three films under his belt, this place is still a highly trafficked spot on the highway. When we were there, over a dozen people were paying their respects. We checked out the monument to James Dean and the exact accident spot itself while in the area, here are the details from my visit in 2017. 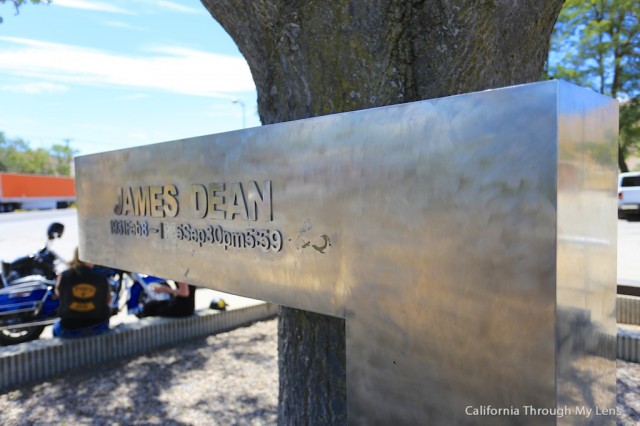 If you are coming from the west, the first spot you will hit is the memorial to James Dean located right next to the Jack Ranch Cafe, which also has memorabilia on him and his life. 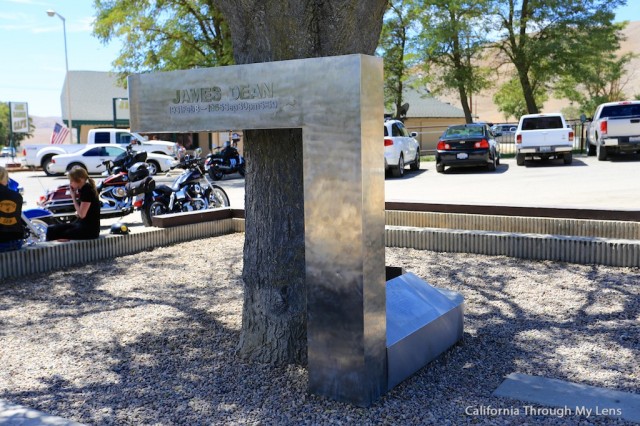 The monument is a clean silver bar that is wrapped around the tree and has his name on it. 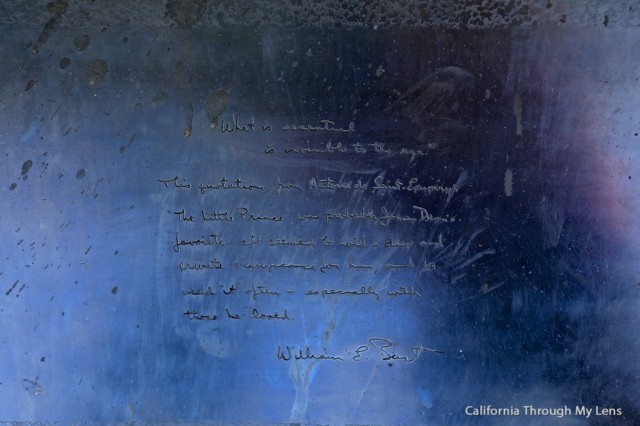 There is also a plaque with one of his favorite quotes to the right of the monument, which was very hard to read. 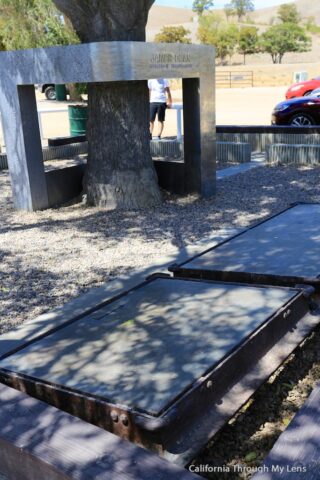 Along the front, there are two large plaques which tell about the accident and the actor’s life as well. It is a short stop but an excellent way to get an understanding of the man and his work. 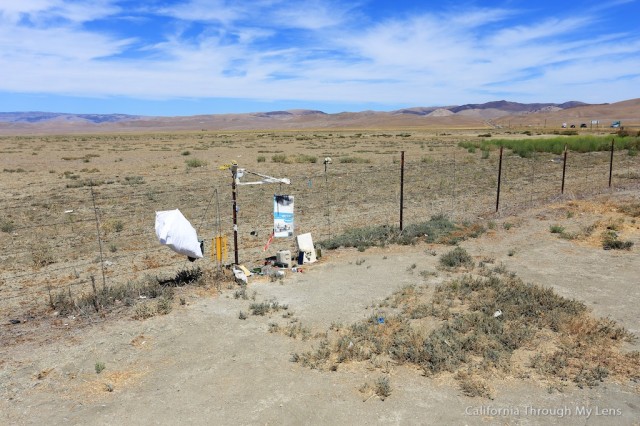 About 900 yards east is the actual site of the crash, which also holds an informal memorial to the actor. You have to keep your eyes peeled as you drive past it as there are not any signs. 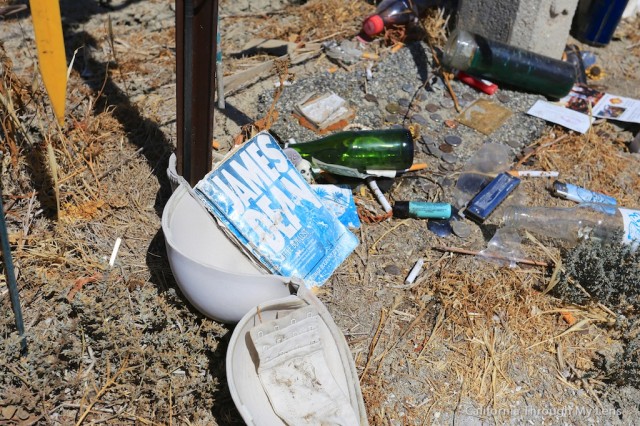 The items here are always changing as people will leave new things, and other things will blow away. There is usually the headstone that was brought here with his name on it, but in 2017 this was gone too. 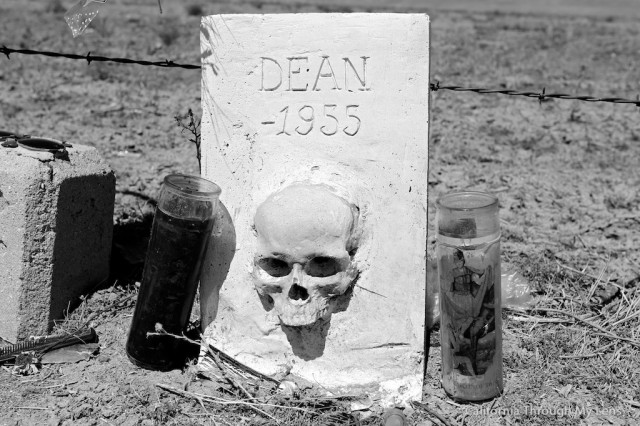 When I was there everything from a bra to a biography on the actor was present at the small site. 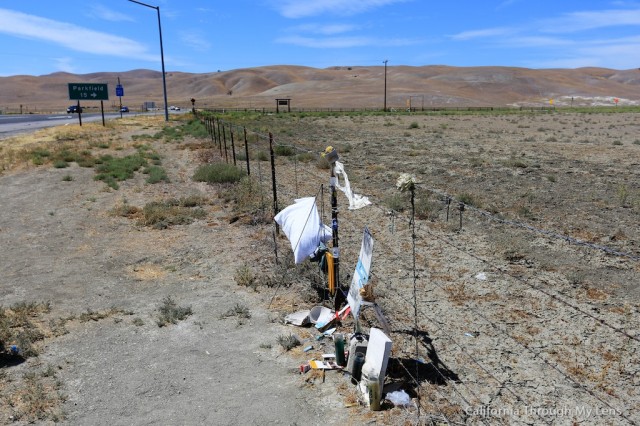 There was also a picture showing the crash that eventually claimed his life. 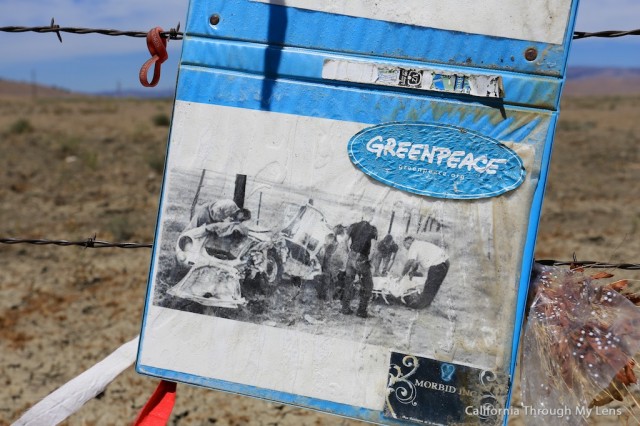 I returned in 2017 and made the below video, which shows how different it can be.

While I am not very familiar with his work, this is a part of California history, and I enjoyed exploring the pieces that were left here.  Let me know what you think in the comments, especially if you have been there to see the monument yourself as well.