I have been told by many readers that the cave is closed and the entrance has been covered up, so it is probably not worth trying to visit anymore, but here is information from my visit in 2016.

By now, there is a good chance you have seen someone post a picture of this pink graffiti cave in Malibu. It is one of those places that has become incredibly popular and is supposed to close soon for rehabilitation/cleaning. I got a chance to check it out a few weeks ago (in 2016), and even though it can be hard to find, it is a unique spot, one that will be even more unique when the graffiti is cleaned up. The main reason it is so popular is that it was supposedly a place that Jim Morrison, lead singer of The Doors, went to when he needed to escape LA. If you want to check it out for yourself, read on. 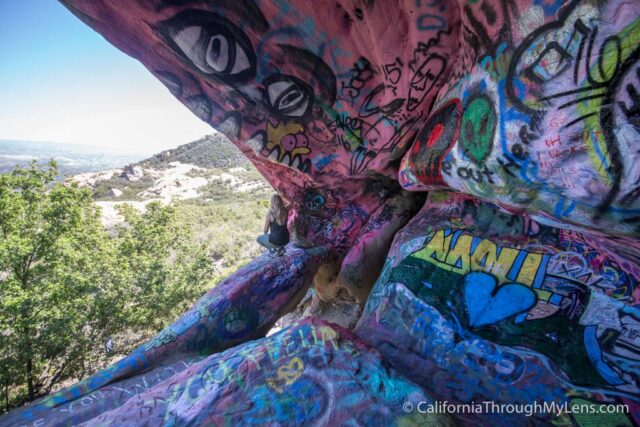 I am not sure where the rumor started, and the information online is incredibly conflicting. From what I can tell, people say that Jim Morrison visited this spot when he needed a break from LA; however, no one can confirm the story is true, but the urban legend has made this a trendy spot for people of all ages to visit. 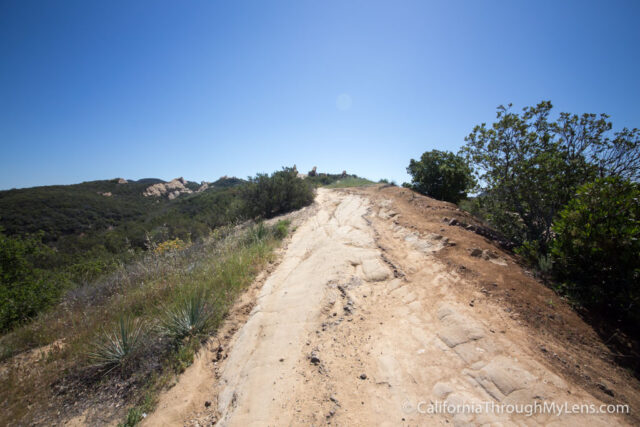 The dirt parking lot for this hike is located at the end of Corral Canyon road. You will turn right on Corral Canyon Road from PCH, the same place you would turn for Solstice Canyon, and then head up the small two-lane road for 5 miles. At the end, it turns into dirt, and you will drive about 50 feet on the dirt before the parking lot appears that can hold about ten cars. 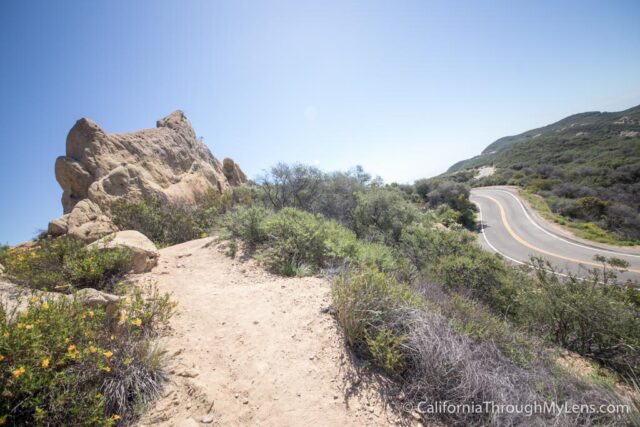 The hike starts from the parking lot, on the right-hand side, and heads along the Backbone Trail. You will be on a single track leading almost immediately up and over sandstone rocks. 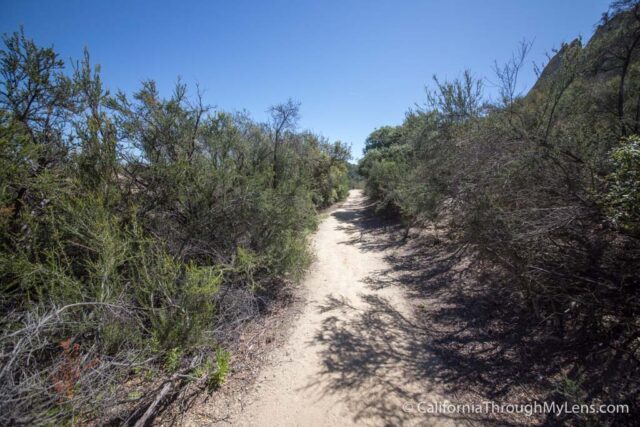 After you pass the first hill you will hike through some brush and continue to go up, from here you will see the painted water towers on the right. 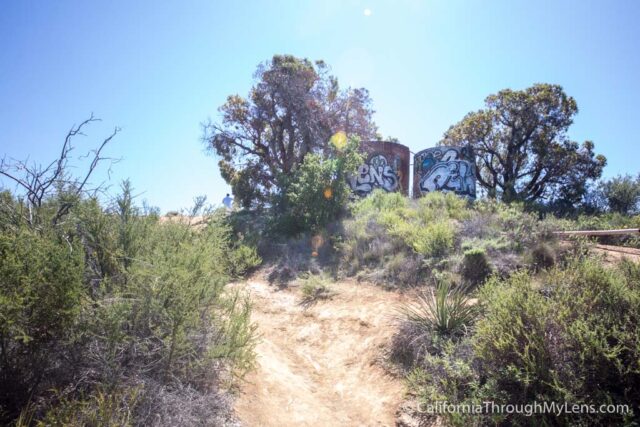 After the water towers, there is another hill with a lot of unique sandstone formations on the top. There is a small rock arch that you should see to the right before reaching the top.

At the top of the small hill, you will see both the Morrison Cave and the Corral Canyon Caves. The Morrison Cave is the rock on the left of the below picture. Be sure to note this so that you head in the right direction. 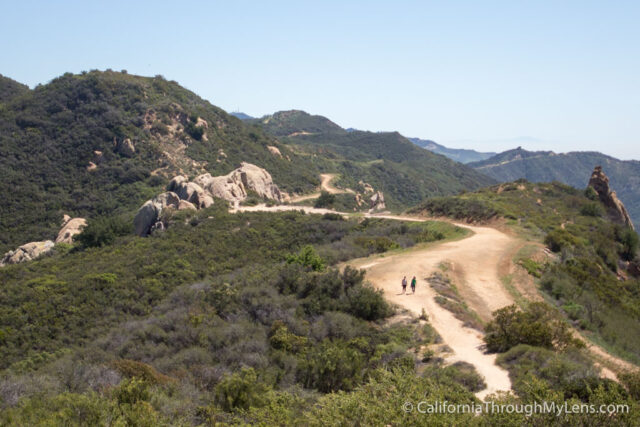 Heading down the hill, you will see a path that leads off to the left and towards the rock. Take this route as it weaves around the left of the rock. 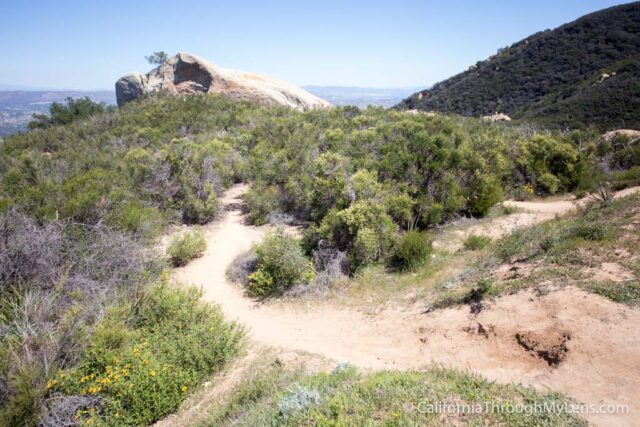 From here, you will reach the “birthing canal” as it is called. This section is a very narrow rock tunnel that you squeeze through to get to the cave. It is pretty tight, but I was able to get through fine as a 250-pound man. 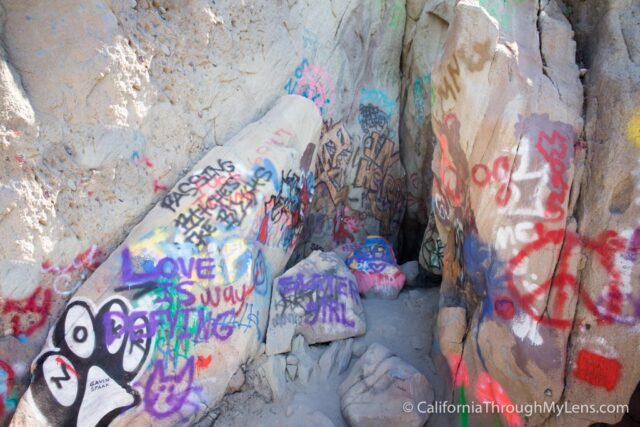 After this section, you will be in the cave itself and can explore to your heart’s content. The cave is relatively big, and it had a half dozen people exploring it even on the Monday morning we were there, so it is popular. 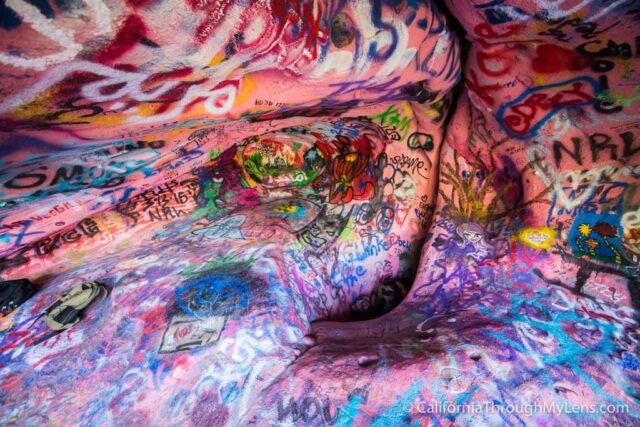 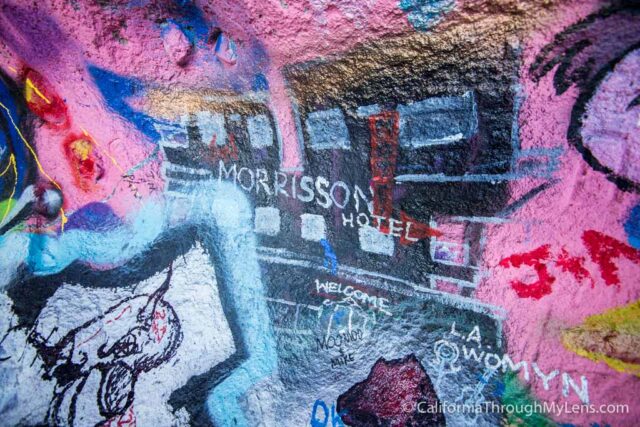 The cave itself is impressive because it has about a 30-foot drop in front of it; it provides a beautiful view and makes the only safe exit the way you came in. 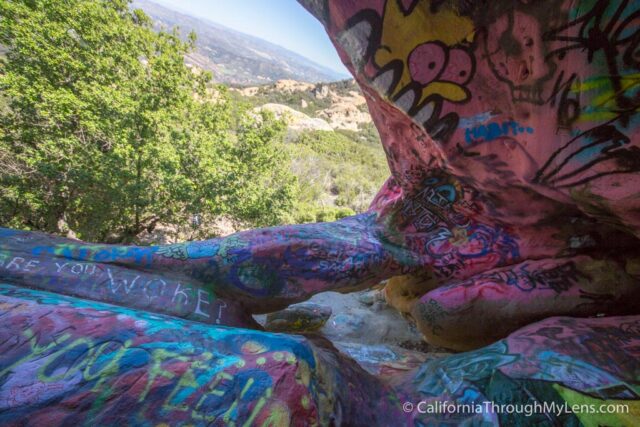 I took a lot of pictures as it is an overload of your senses, then headed out of the cave and continued to explore. 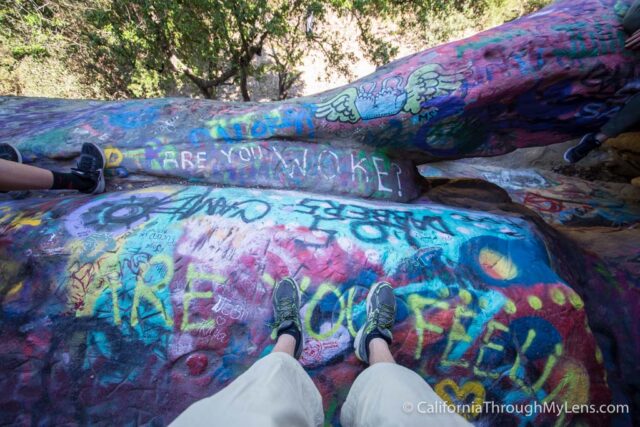 Check out this excellent drone shot taken by Greg Skriloff that shows what the cave looks like from a different angle. 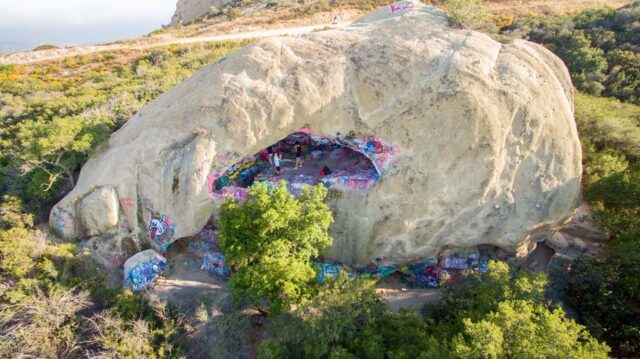 Heading past the Morrison Cave is also where the rock circles are that have become a trendy spot for photos as well. 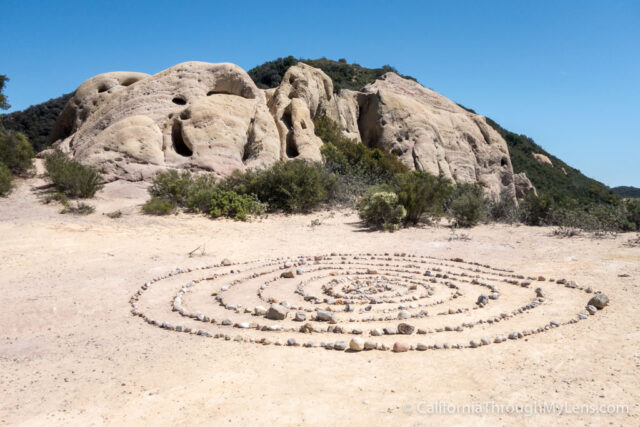 The rock circles are surrounded by the Corral Canyon Caves, which have lots of wind cave type cutouts that you can climb on and explore. 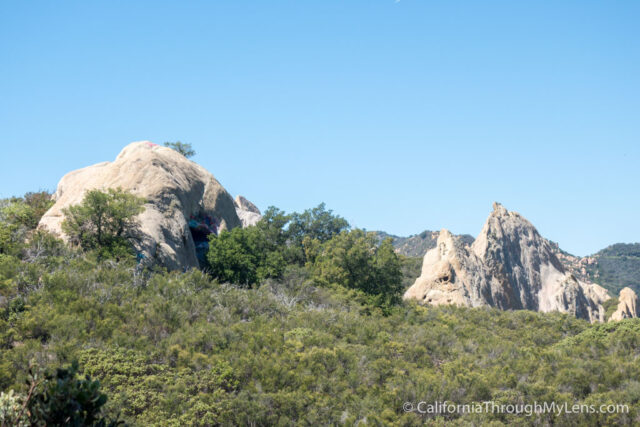 There is also a viewpoint that shows you the Morrison Cave from far away (above photo). After exploring for a while, we headed back on the trail we came in on to the car. 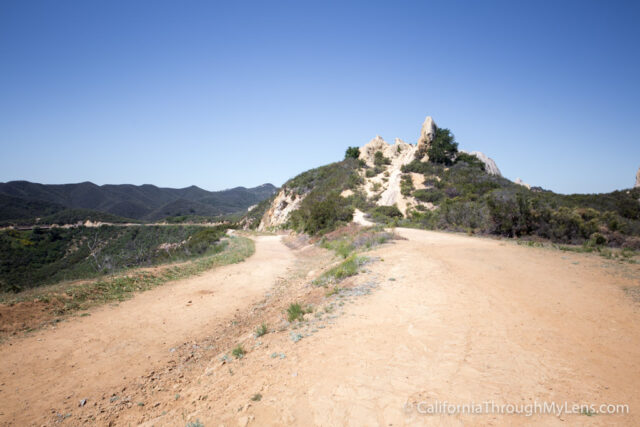 There is also a dirt access road that you can park near and walk up from (above photo). It is technically closer than the way I described here, but the way I described is a lot more fun. On the way back down the hill driving, you will be treated to some fantastic coastal views as well if the weather is clear.

All in all, this is a fun hike in the city that has the same type of vibe that Murphy’s Ranch did. If you are a fan of The Doors, then it could be a cool spot to see, but it appears to me that it has turned into just a place where people practice graffiti. The surrounding area has a lot of fun places to explore though, so it is an easy hike to recommend. Let me know your thoughts in the comments.