It’s not every day that you get to try a donut shop with so much pedigree (always in the top donuts of LA), that also shares its tiny 20 square foot space with a Flamebroiler. I guess you can kill two birds with one stone, right? Stan’s Donuts, on the corner of Broxton and Weyburn, is the quintessential historical donut shop. With over 65 years in business, it has stayed relatively the same and continues to focus on what it does best, produce delicious donuts. Here is all the information. 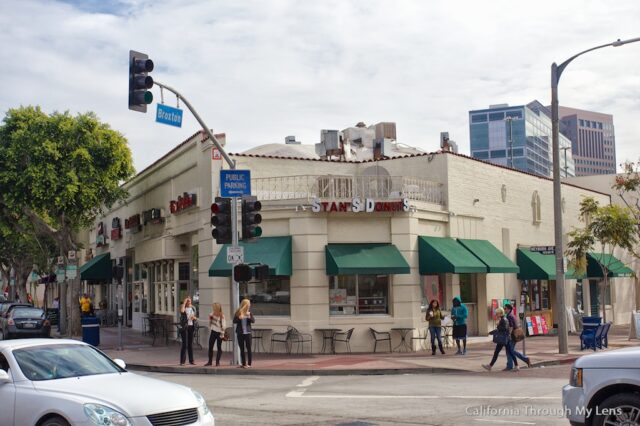 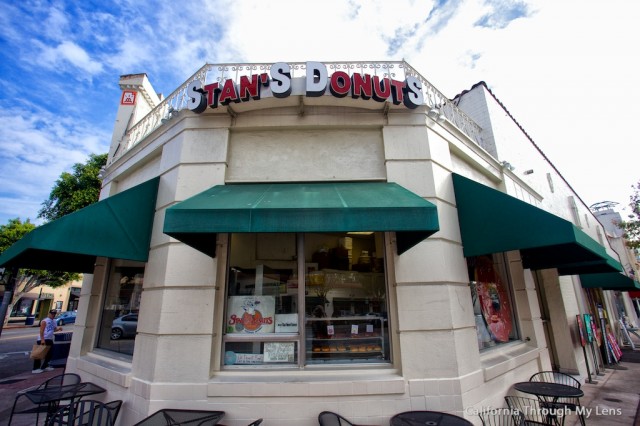 After parking and walking around Westwood Village (which is a fun place on its own), I finally found Stan’s Donuts. Upon entering the shop and seeing it shared an interior with Flamebroiler, a teriyaki bowl place, I was a little skeptical. 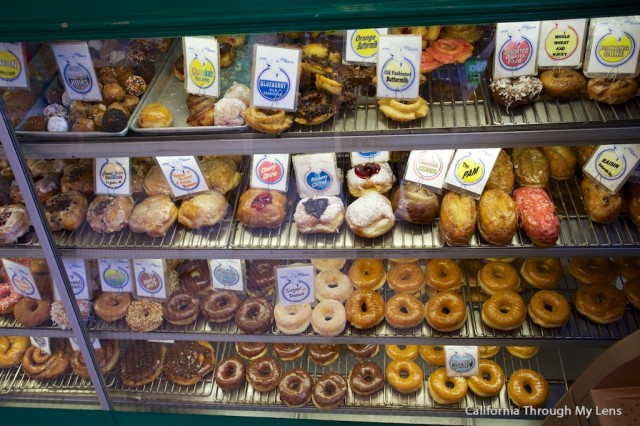 When I saw the donuts they had available though, I was put at ease. Stan’s Donuts has a pretty massive variety, one of the most significant varieties I have seen in a while. Sure there are all the staples like maple bars and old-fashioned, but in between those are banana, peanut butter, chocolate chip donuts, a blueberry fritter, and even a maple cinnamon donut. I had already been to Kettle Glazed that morning, but I still walked away with four. 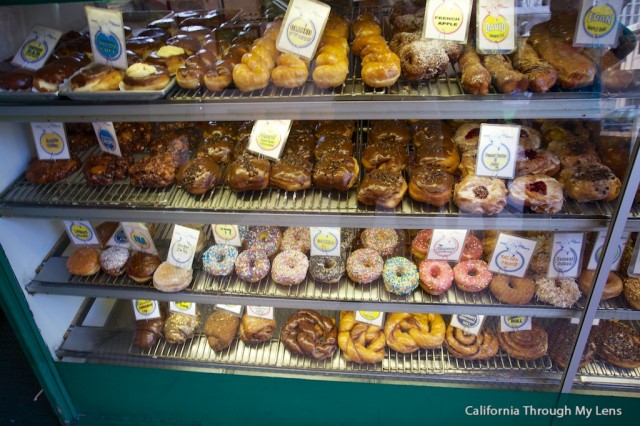 The person working behind the counter suggested the Huell as their most popular, which is chocolate and peanut butter, so I got that along with the below other donuts. 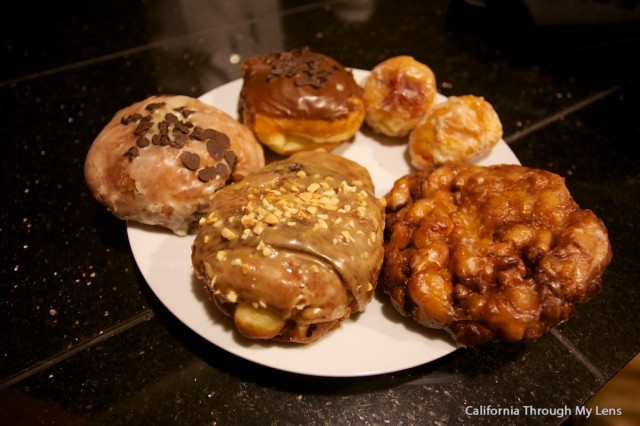 The Huell – Hard to beat as there is not much that goes together better than chocolate and peanut butter.

Banana, Peanut Butter, Chocolate Chip – This was my favorite of the bunch, they used real bananas, and the flavors were pretty stellar together.

Maple Cinnamon – This was a pleasant surprise as well, the maple and the cinnamon flavor worked well together. 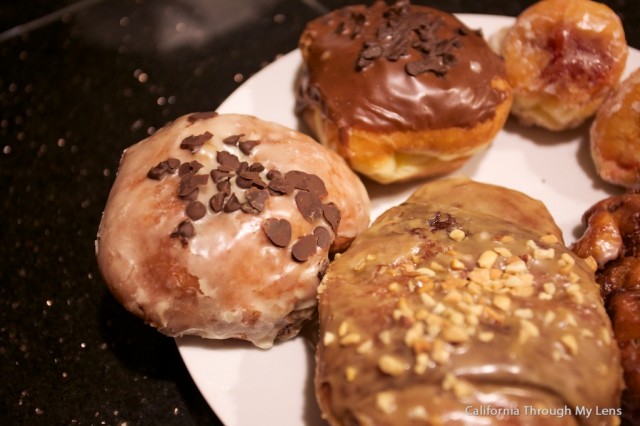 All in all, Stan’s is a great donut shop. It has reasonable prices and great tasting donuts. I am glad to know it lived up to the hype. Make sure to leave a comment below with your thoughts.