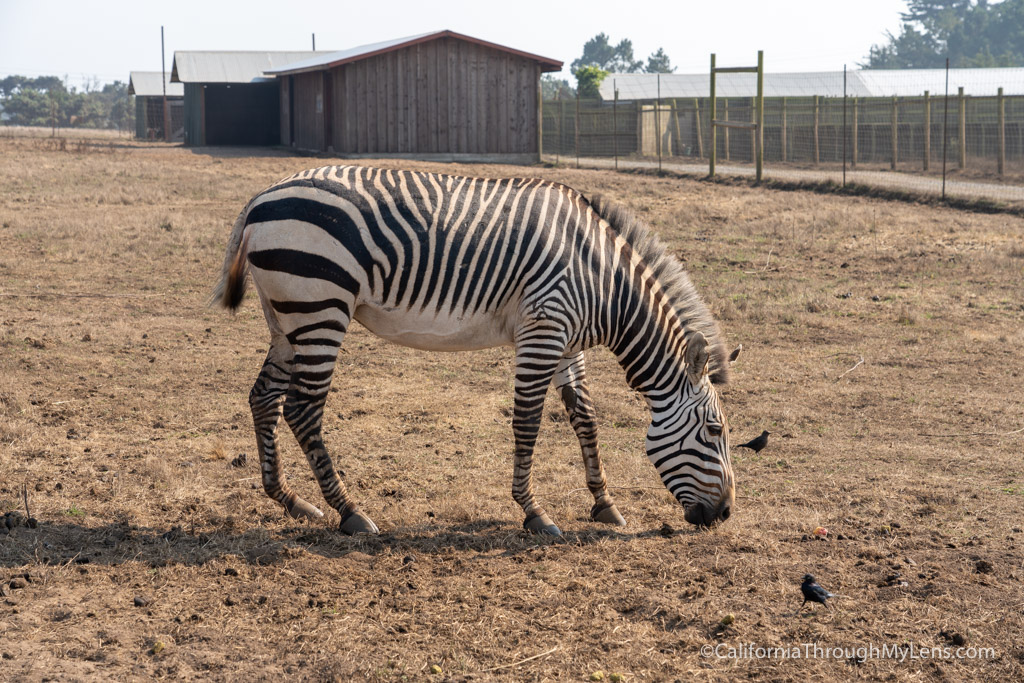 B. Bryan Preserve is a conservation group that works to preserve African hoof stock along California’s northern coast. The ranch has tours that you can take to see the animals and the property daily. The highlight of these tours is the opportunity to feed the giraffes at the end, including getting a “giraffe kiss” where the giraffe will take the food right out of your mouth. Amie and I got a chance to do this in late 2018, and it was a ton of fun and a tour that I highly recommend. Here is all the information if you want a giraffe kiss as well. 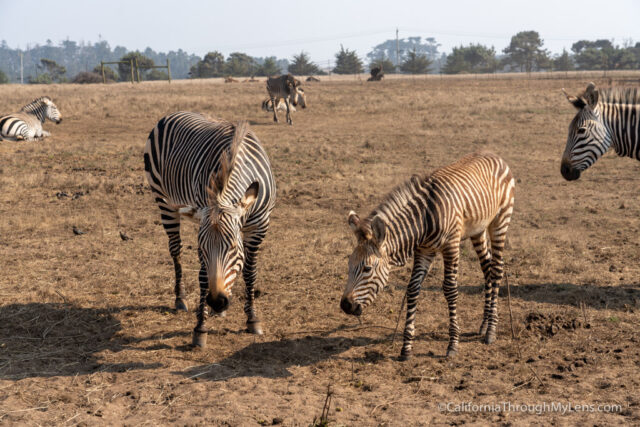 Heading south from Mendocino, B Bryan Preserve is located in the town of Point Arena, about an hour away. Once you get to the small town, you will turn left on Riverside Drive and will see the gated preserve on the left. It is only open to enter during a tour. 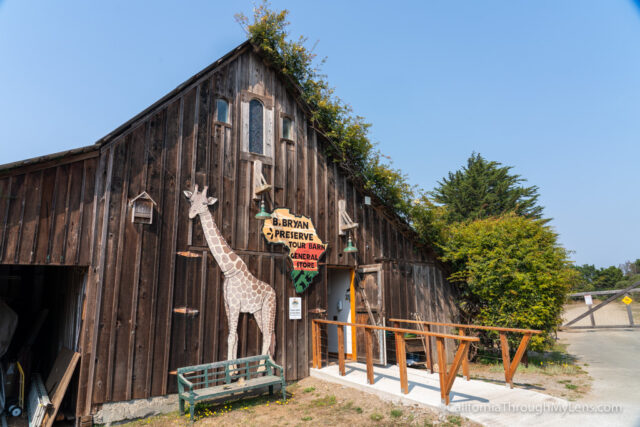 The preserve began in the ’90s in Mississippi by Dr. Frank and Judy Mello, and it moved to CA in the early 2000s. The preserve is set up to help with conservation efforts by raising their own herd to preserve the different animal breeds. On the property, they have three types of antelope, all on the conservation list, and all three species of zebra. They also have five male giraffes as well. 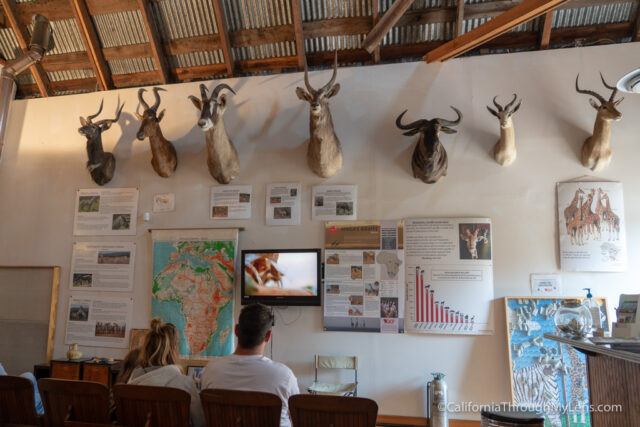 The tour starts by arriving at the ranch 15 minutes before the allotted time. You can walk around the small barn, watch a video on how the giraffes were obtained and shop their merch, including an “I kissed a giraffe and I liked it” shirt. 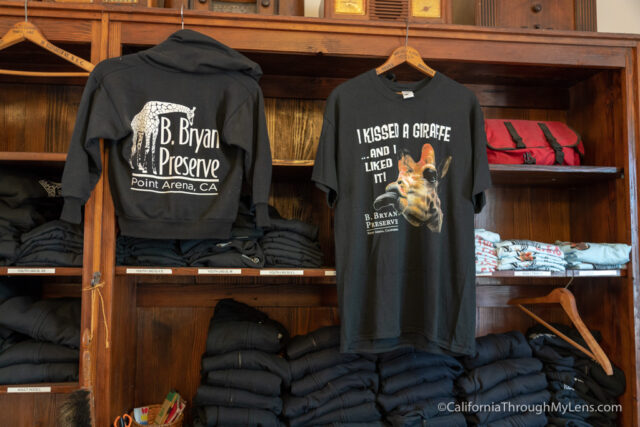 The tour begins by learning about the history of the preserve and the animals before being split into groups and getting in the cars to tour the property. 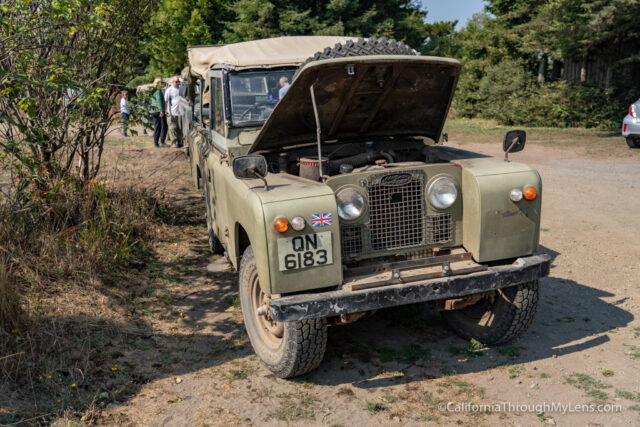 The tour is in old Land Rovers, which were a lot of fun as they are open air and easy to get in and out of. 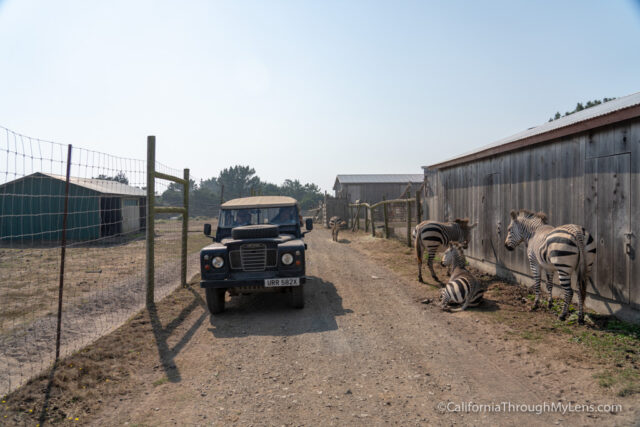 We started by heading past the zebras on the road to get to the first animal enclosure. 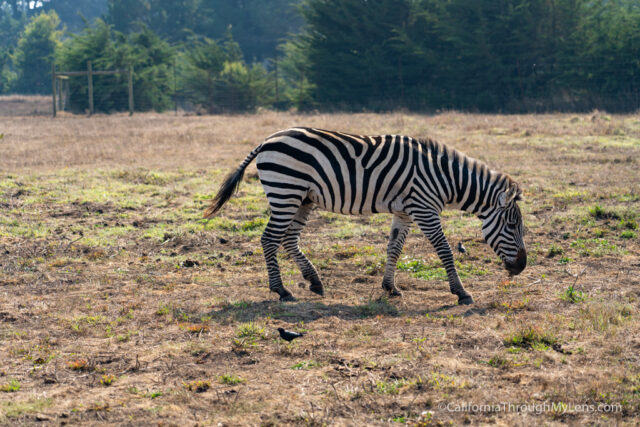 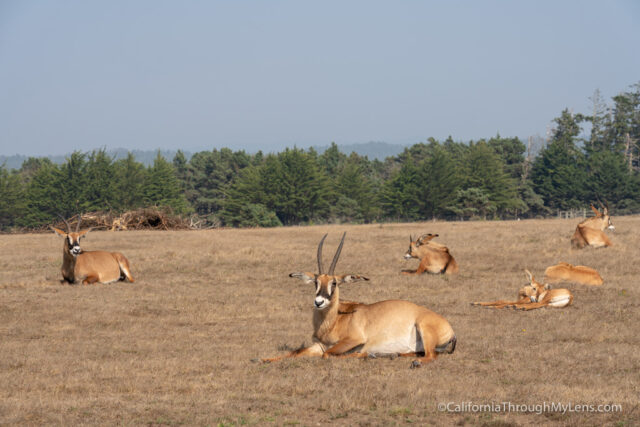 We were able to most of the animals, and it was a great learning process to hear about each one, learn about their species, and their struggles in the wild. 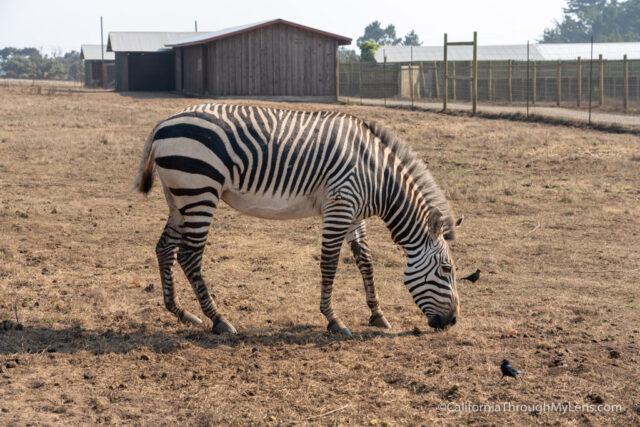 After 45 minutes, we made our way back to the giraffes, which was what everyone was excited about and were given cut sweet potatoes to feed them. 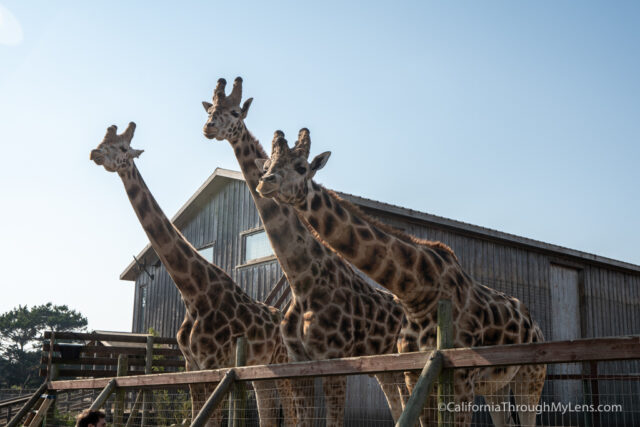 I had never fed a giraffe before, and it was a blast to see them reach down with their long necks and take the food from your hands, or mouth if you were brave. 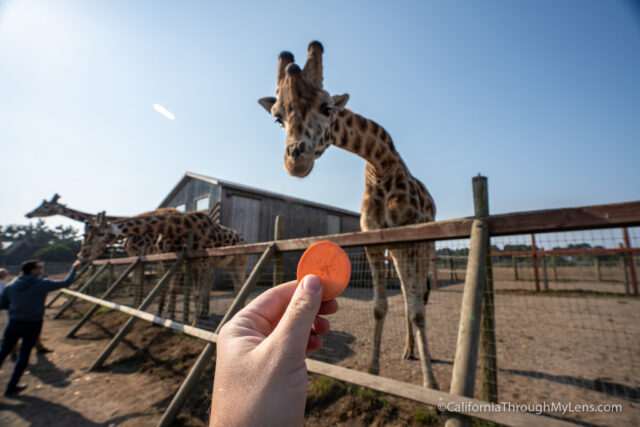 They gave us a good amount of food, so everyone got a chance to feed the giraffes and take all of the pictures that they wanted. 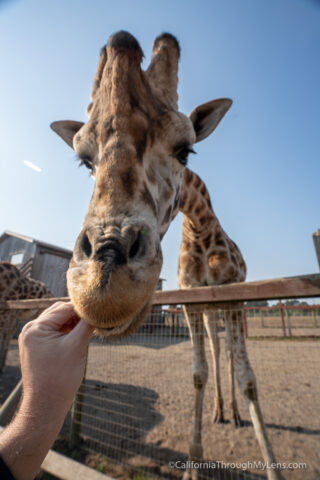 It’s crazy to see these animals up close as they can reach 19-20 feet tall and look massive in person. We were told that they are 7-8 years old and are in the teenage phase. 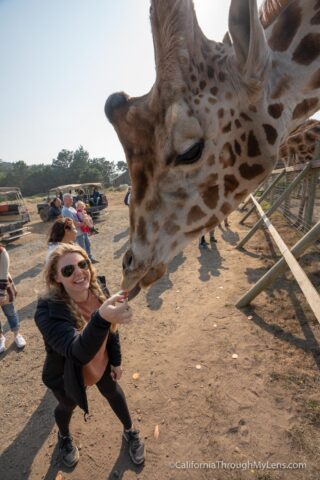 After feeding the giraffes, we loaded back up in the cars and headed back to the barn. 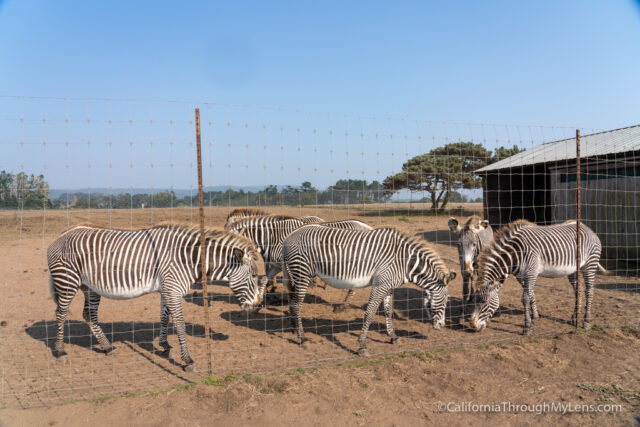 All in all, this was an enjoyable experience to have in California. My wife and I appreciated it, and it was great to see the conservation of these species taking place like this. Check it out and let me know what you think in the comments. 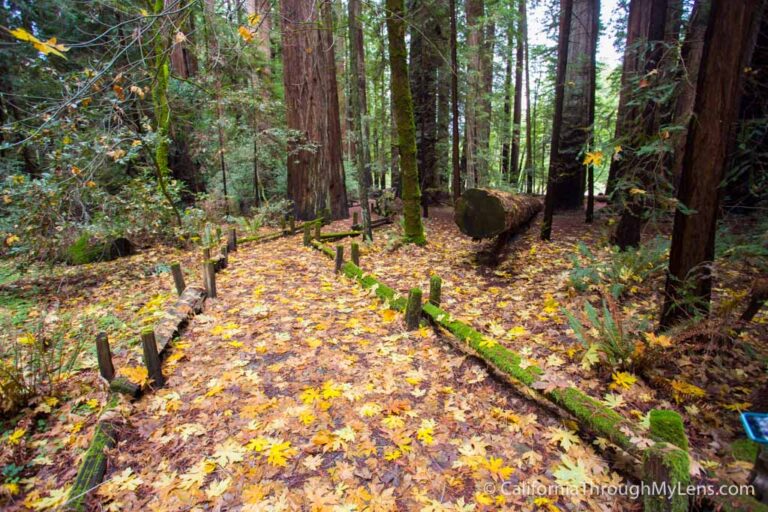 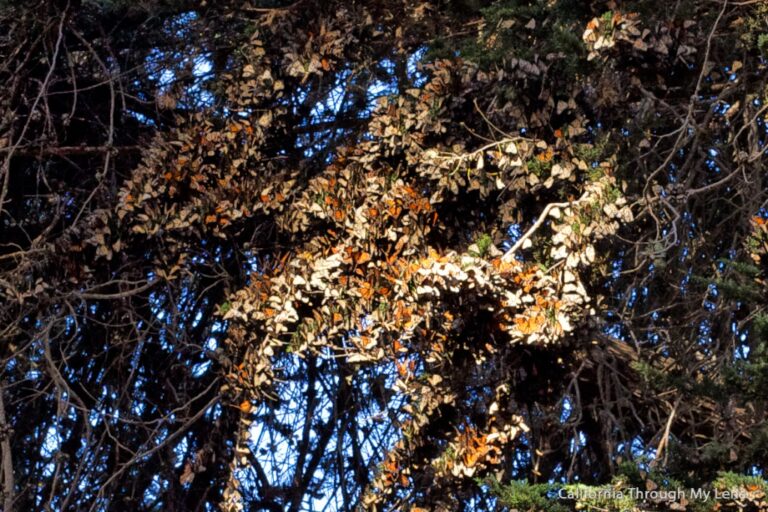 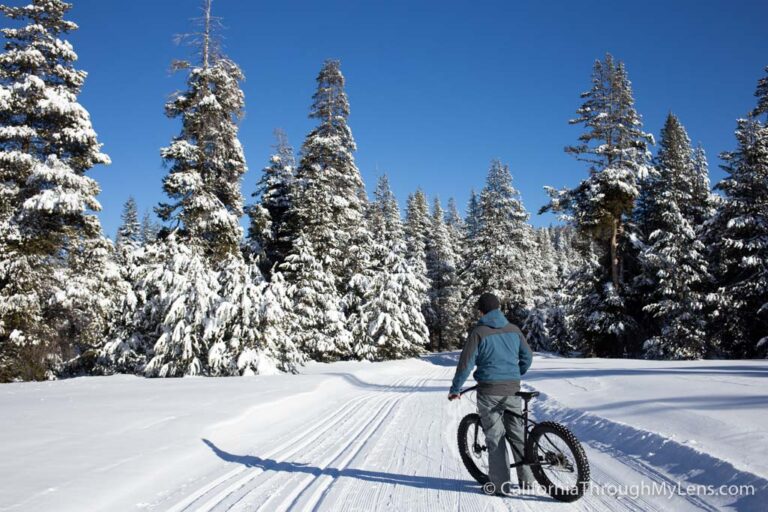 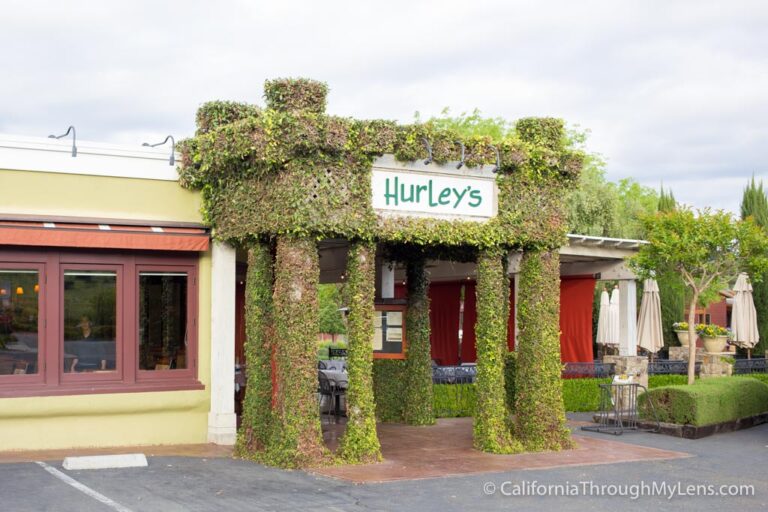 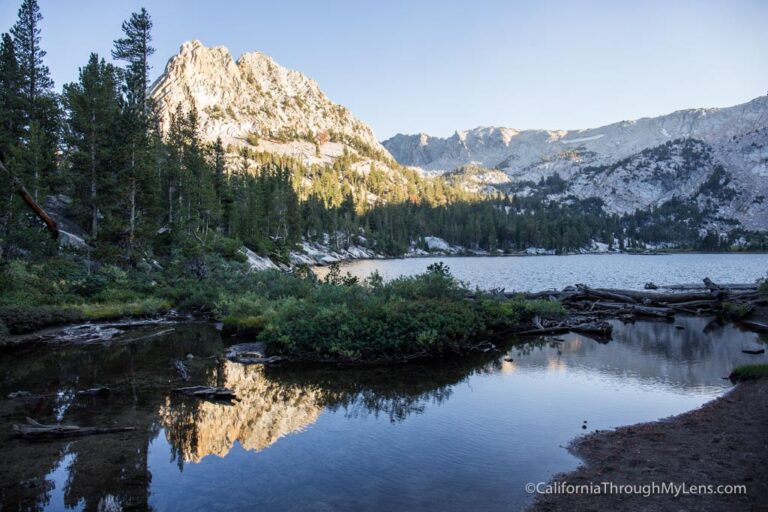 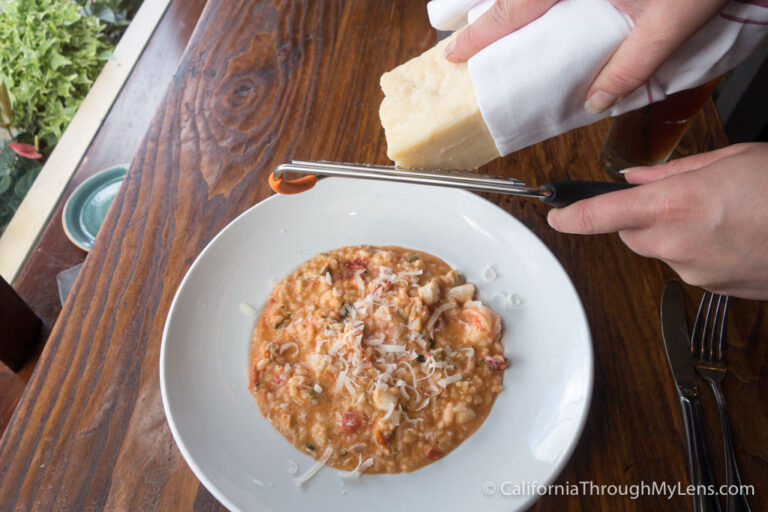