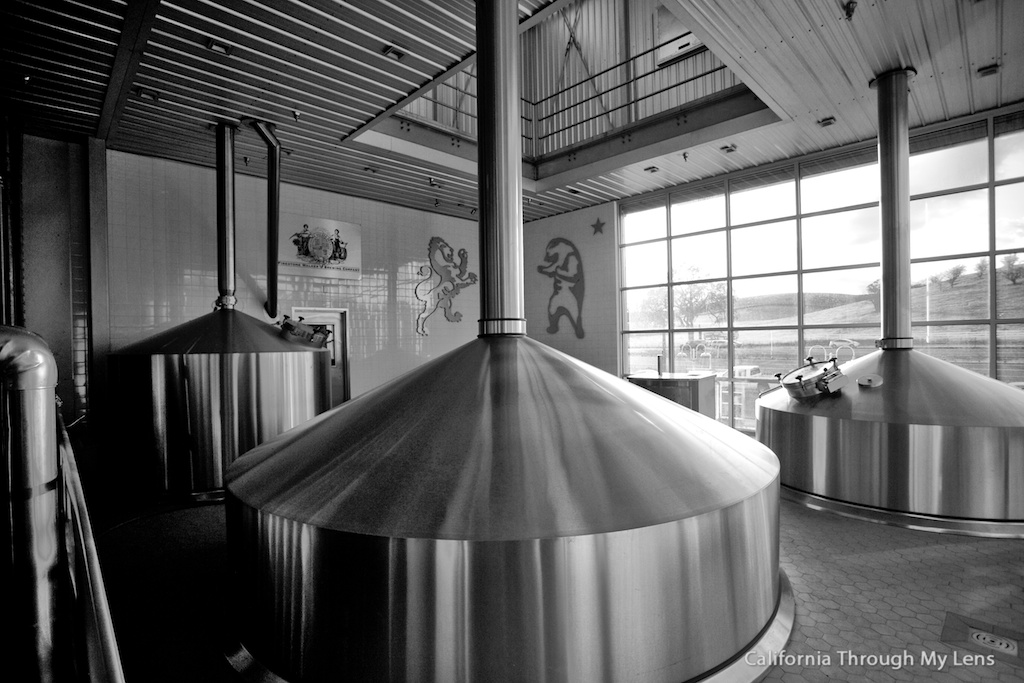 Located right off the freeway in what is becoming the new Napa Valley, Paso Robles, Firestone Brewery is the sole brewery in a sea of wineries. That fact hasn’t stopped them from becoming one of the biggest in California though and from pumping out some of the best beers in the craft scene. We stopped by for a quick tour and here is all the information. 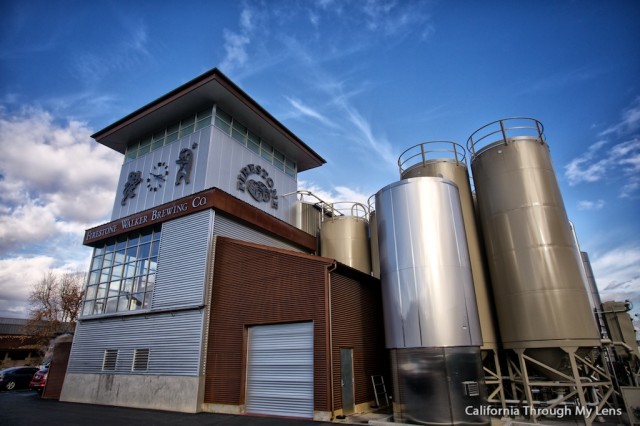 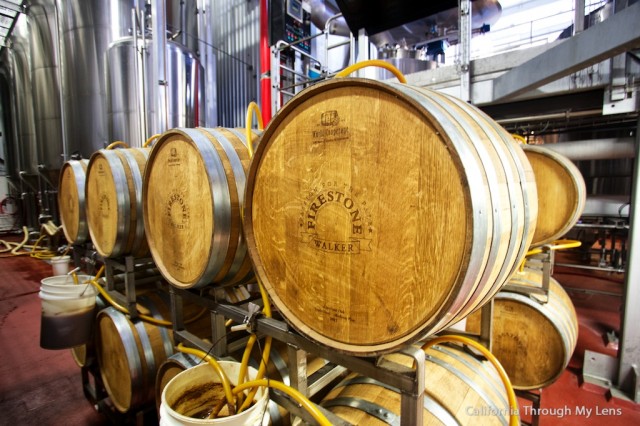 I have been to this area many times over the course of my travels, but I was interested in seeing the interior of the brewery. We called for tour spots the day earlier and arrived 15 minutes before the last tour of the day. Ten minutes later, we had our protective glasses on and we’re starting a tour of this massive facility.

The company was formed in 1996 when Adam Firestone, the son of Firestone tires fame, came together with his brother-in-law David Walker. When the company began, they took a tip from winemaking and fermented the beer in 60-gallon oak casks, which lead to a unique flavor. They expanded to the new brewery location near Paso Robles in 2002, and the company took off from there. In 2007 they were named “Mid-Size Brewery of the Year,” and they now have a restaurant across from the brewery as well. 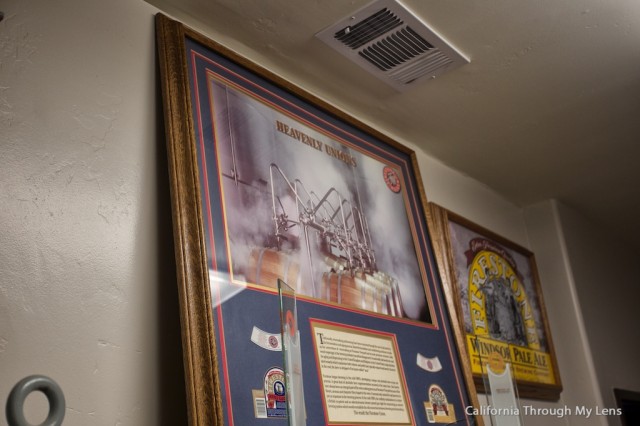 The tour started above the bar area with a history of the brewery and background on the science involved in how they make the beer. 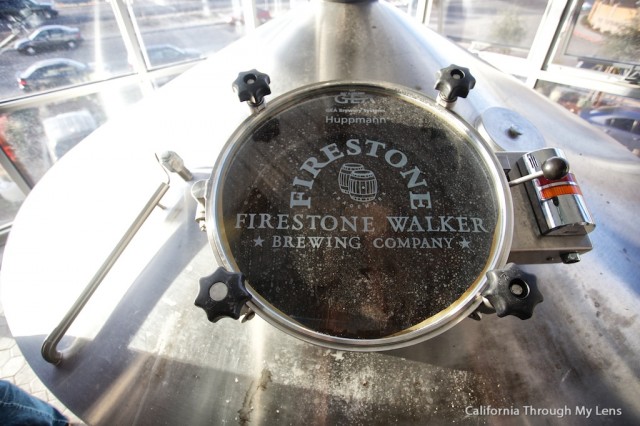 From there, it moved to the massive stainless vats, much like the copper ones at Anchor Steam or Sierra Nevada. This room was beautifully crafted, and I enjoyed the way the fighting animals that are in the logo lined the walls behind the vats. 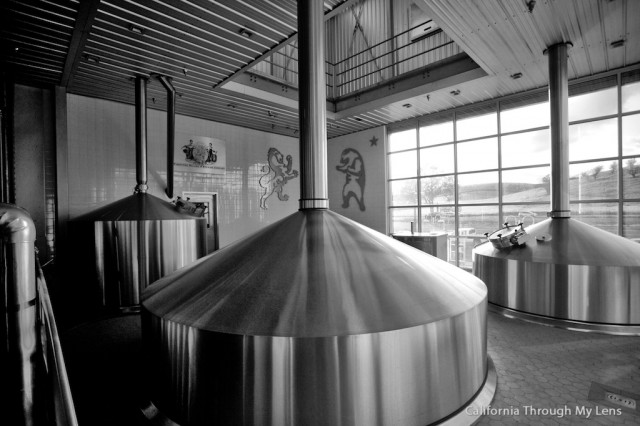 From here, we went down to the floor of the brewery to see the wood barrels and the process that the fermentation goes through. 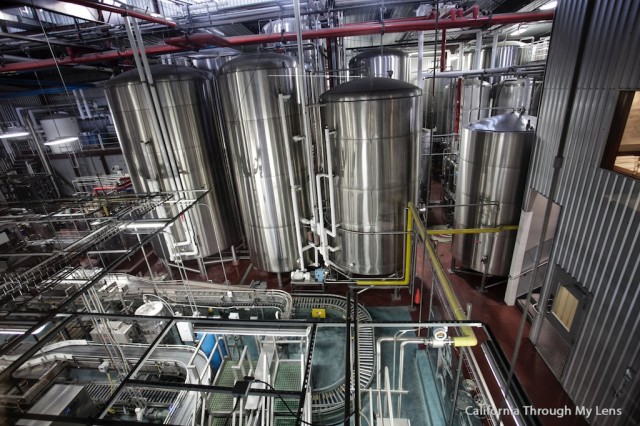 One of the unique things about Firestone is that it is one of only two breweries in the world that use oak barrels as primary fermentation. They only do this for one type of beer, the double barrel, but it is enjoyable to see the old wood barrels on the floor with the massive stainless vats.

After that, we saw both the bottling and the kegging process. One person does the kegging process; they even have a tool that suctions to the kegs so that a person can lift them with one hand. It is a very forward-thinking brewery with their innovations. 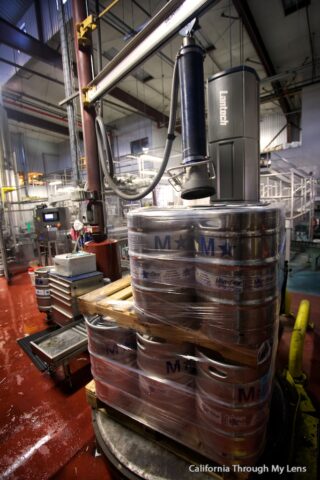 The same is true with the bottling. They said they could do around 120 bottles a minute, which is pretty nuts if you think about it. 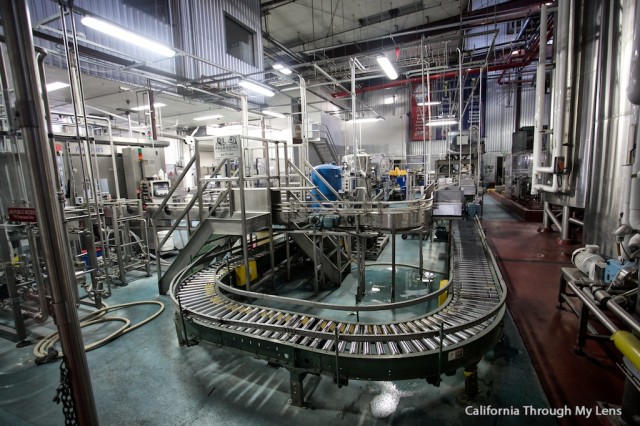 After the tour is over, you are free to taste the beers or head over to the taproom for food. There are no free tastings with this tour, but tasting seemed to be pretty cheap, and many people on our tour seemed to enjoy them. 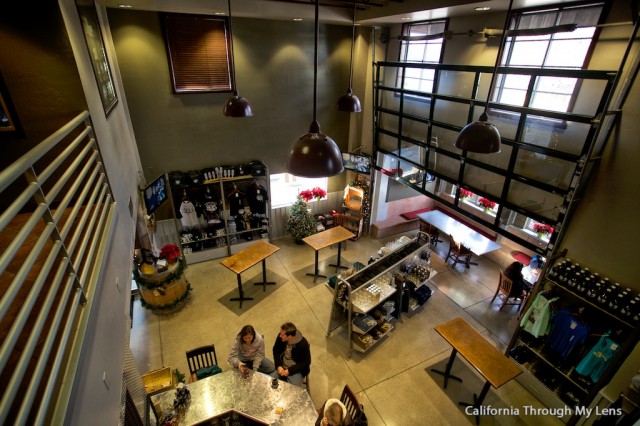 If you are hungry, then you should make your way across the street to the fantastic restaurant they opened up only a few years ago. 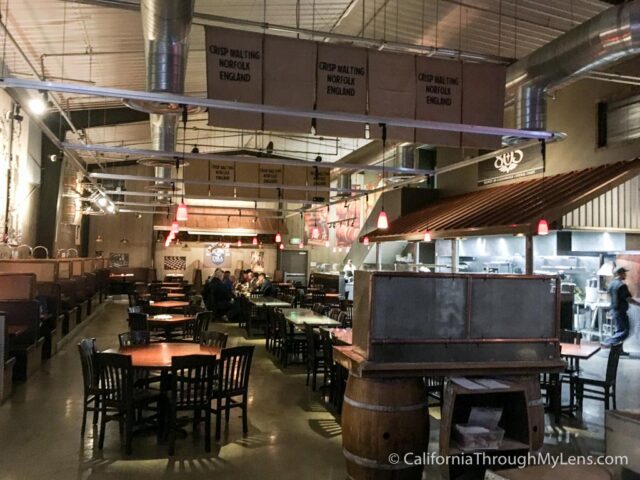 Both times I have been, I stuck with pizza since it was so good. The pizza options are always great, and they are pretty large. I usually share one and get a salad to go with it. 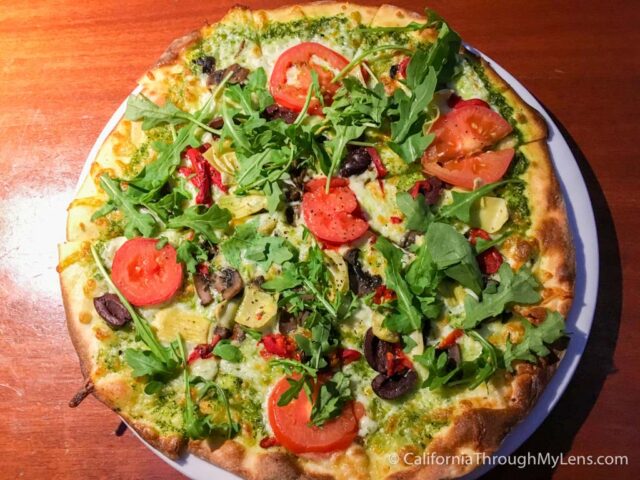 One of these days I will order something else, but you really can’t go wrong with a good pizza. Let me know if you have eaten here and what you recommend in the comments. 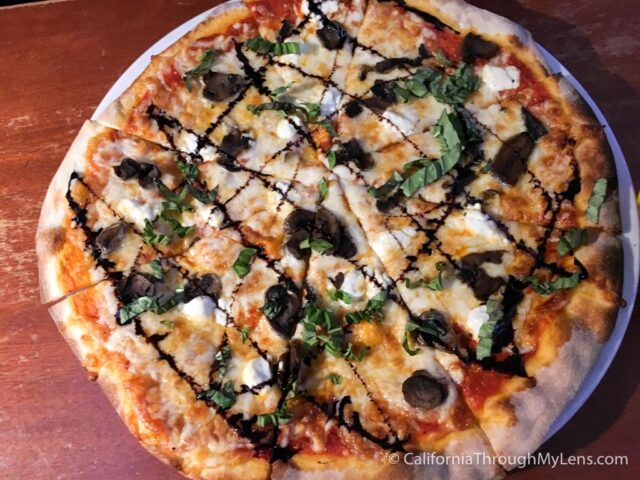 I love Firestone Brewery and have been many times over the years. I can’t wait to see where it goes in the future, and I would love to hear your comments below. 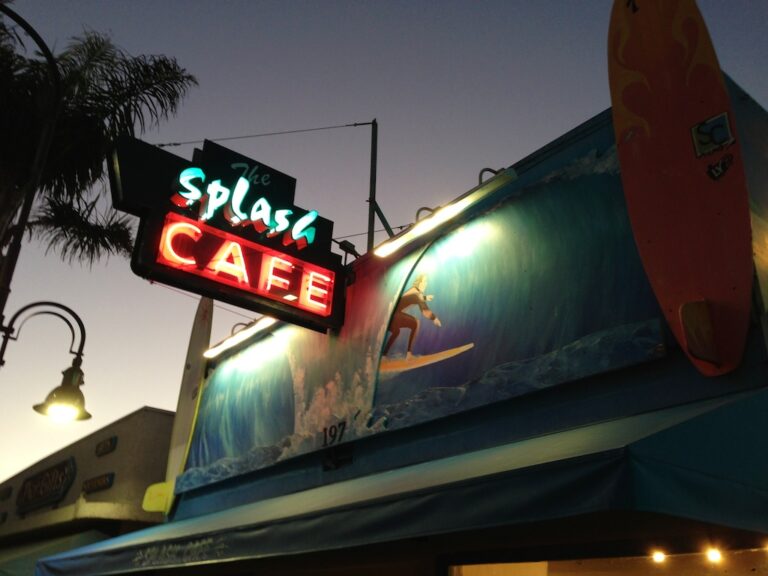 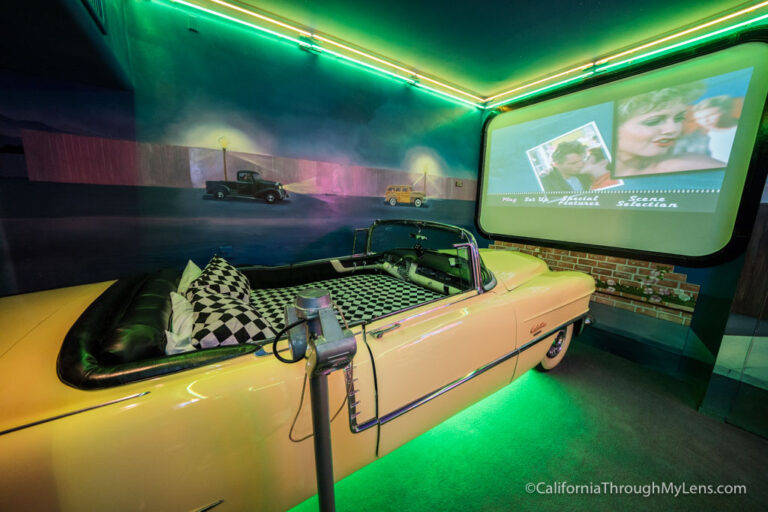 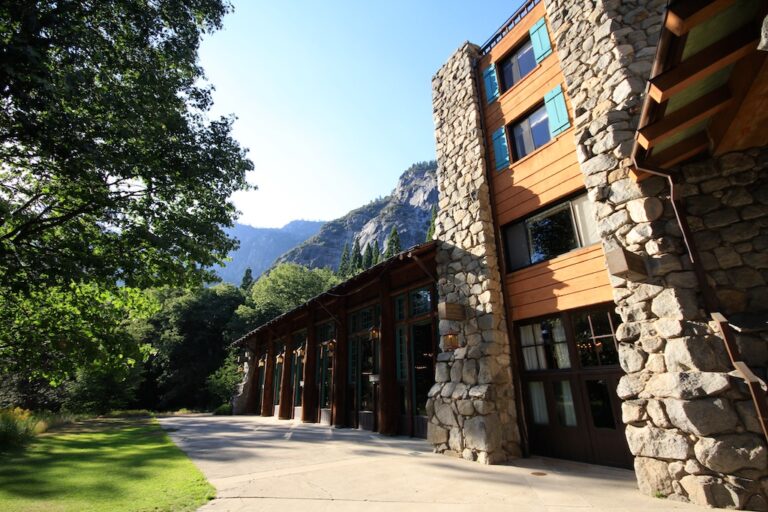 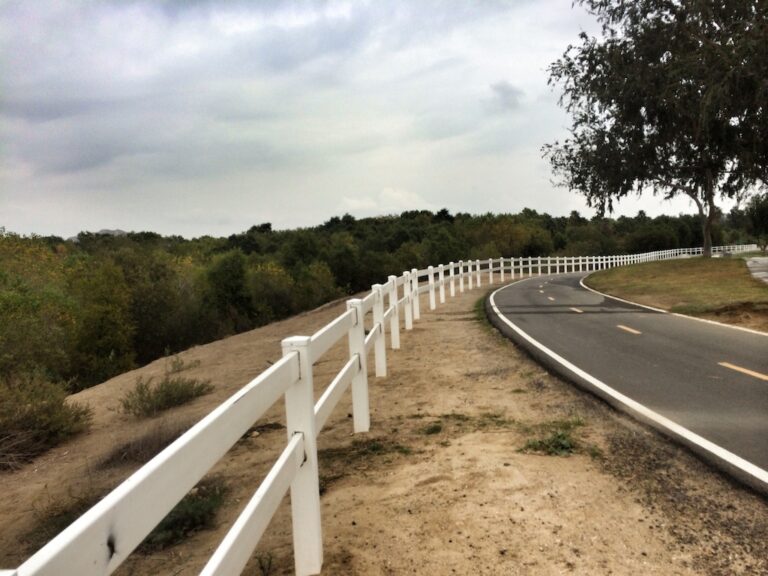 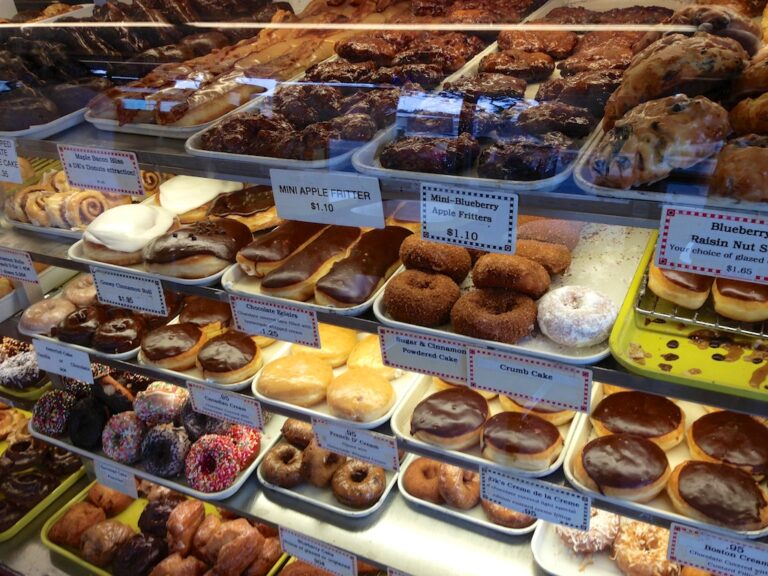 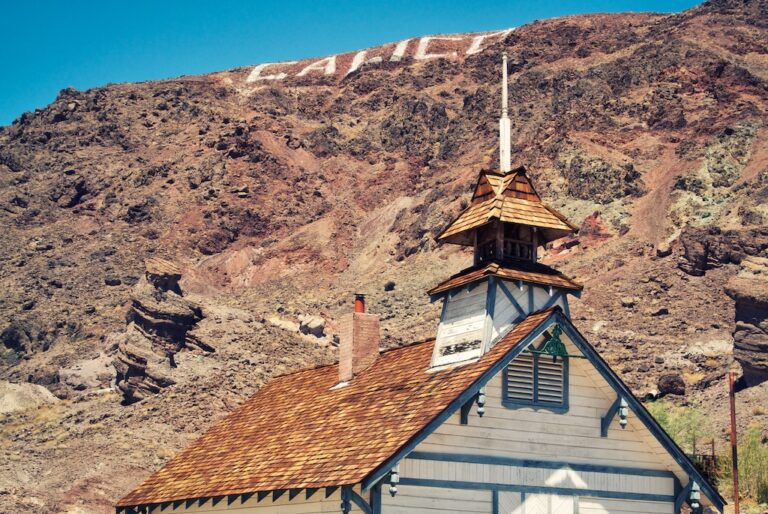