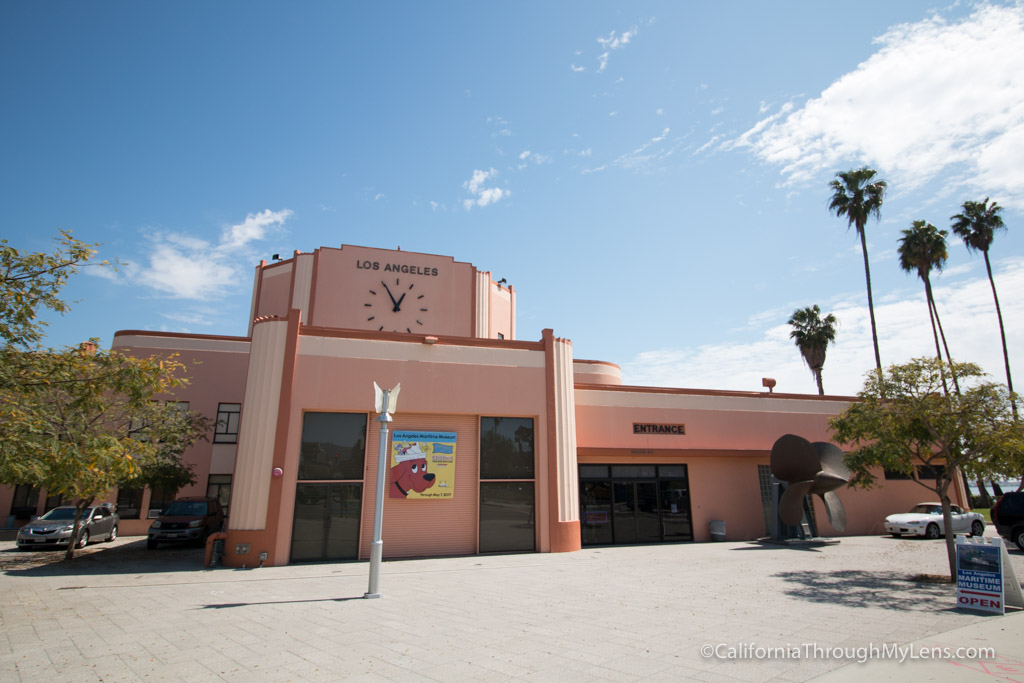 In the historic Port of Los Angeles, the LA Maritime Museum is a famous building from 1941 that is now a full-fledged museum. Built as a ferry terminal for workers heading over to Terminal Island, the LA Maritime Museum is on the National Register of Historic Places. After the bridge was constructed, this building was no longer used as a ferry terminal, starting its second life as a museum. I got a chance to check it out recently, and while it is heavy on model ships, it is still a great spot to visit at the port. Here is all the information. 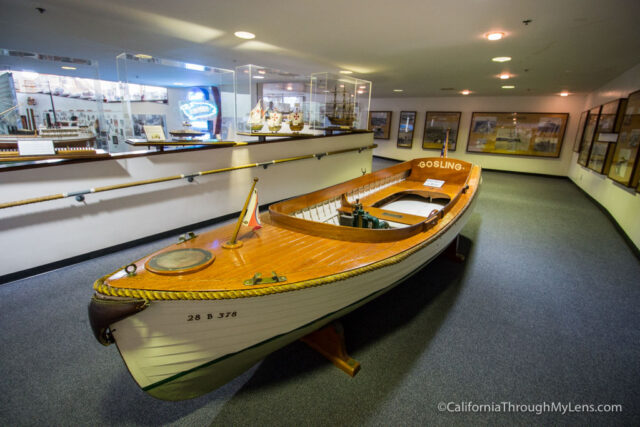 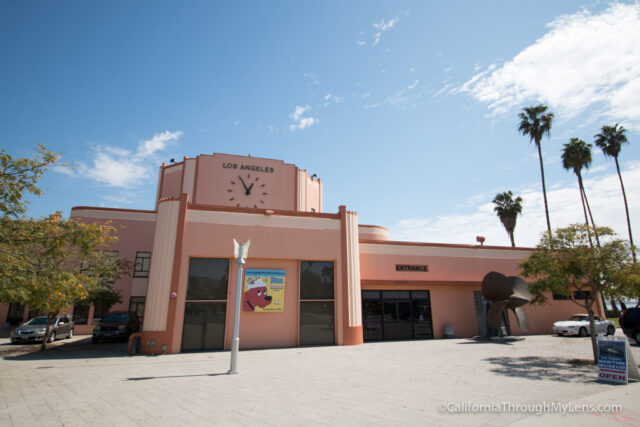 From the Vincent Thomas Bridge, head south on Harbor Way to 6th Street. Turn left, and you will see the museum right in front of you. The parking lot is currently under construction (as of 2017), so you will need to drive about a tenth of a mile down the road to the temporary parking area. After parking, walk back to the museum to begin exploring it. 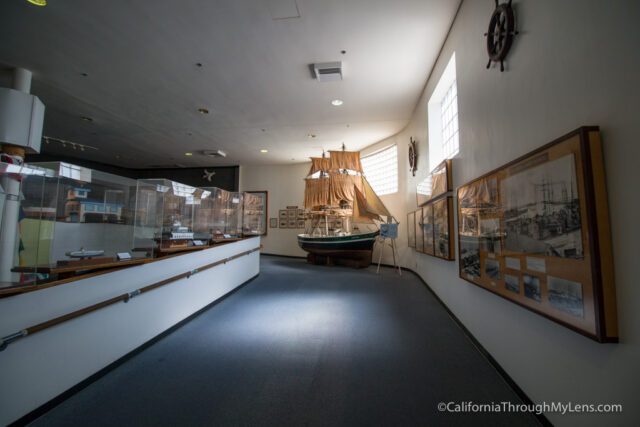 After paying the suggested donation, you will be greeted with the two floors that make up the museum. 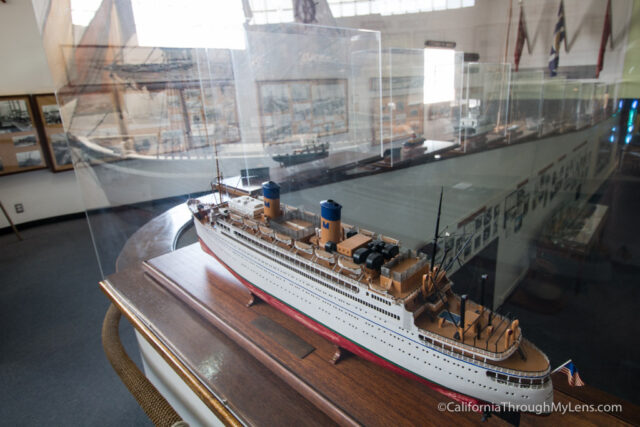 The museum has a lot of model ships from all different varieties of boats, so if you are a fan of model ships, then you will love the museum. 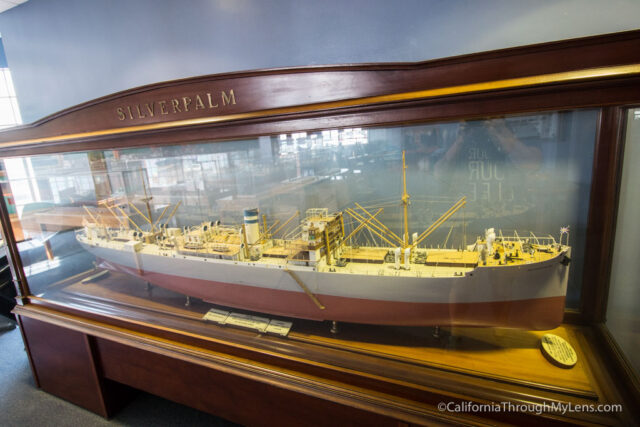 The model ships line the entire walkway as you go up from the first to the second floor. 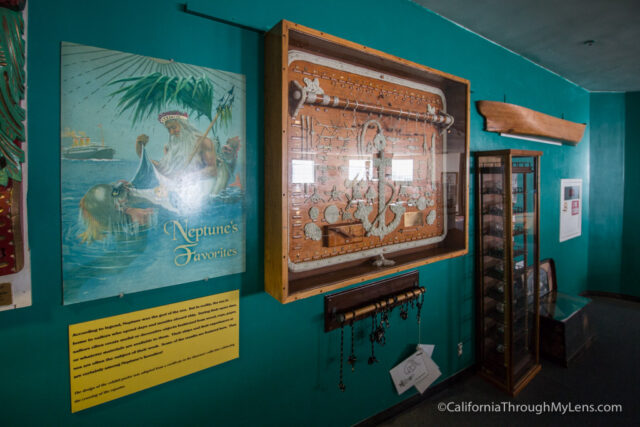 On the second floor, there is an exhibit about the knots used while working on boats, it is interactive and lets you practice making the knots yourself. 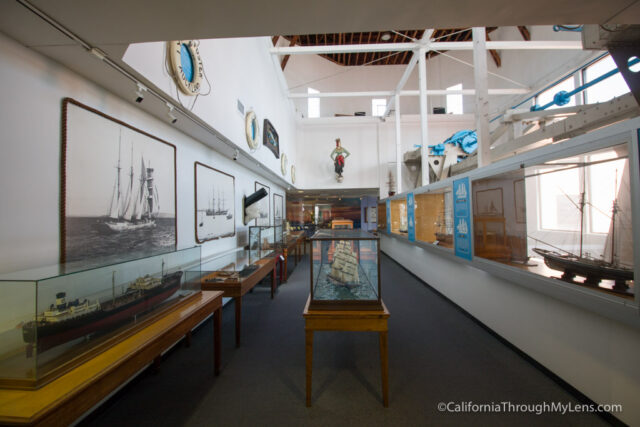 From there, you will walk down a large hallway with more model ships. 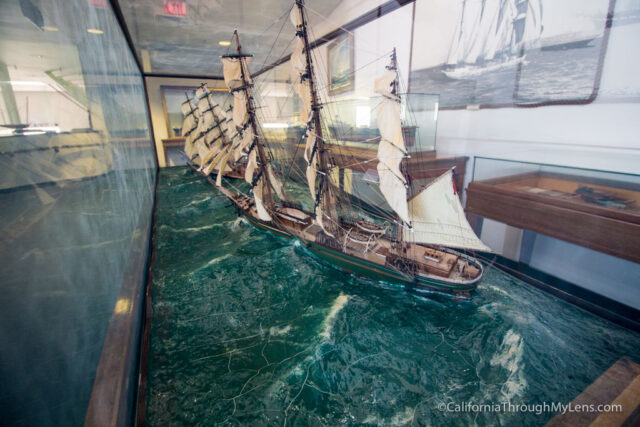 My favorite was this ship (above) that looked like it was going through a storm; it was impressive. 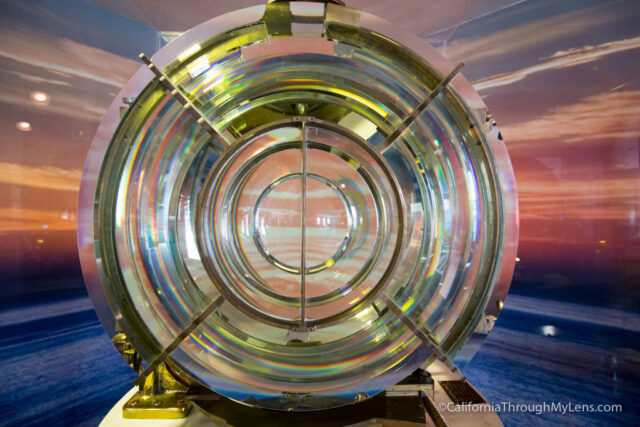 At the end of the hallway, you will see an exhibit on the Angels Gate Lighthouse, including an original lens from the historic lighthouse. I love lighthouses, so this was fun to see. 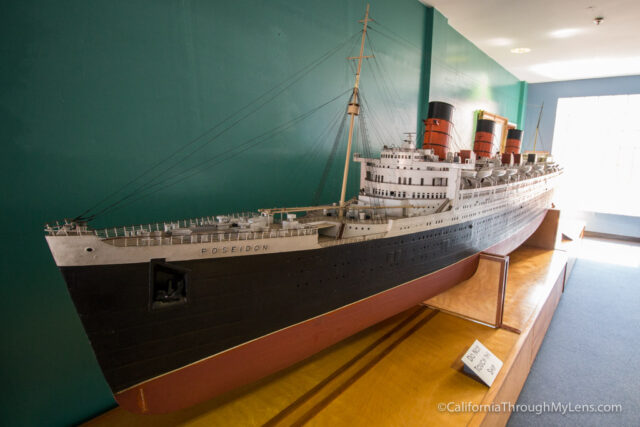 There is also a replica of the Queen Mary that was huge, so check that out as well. 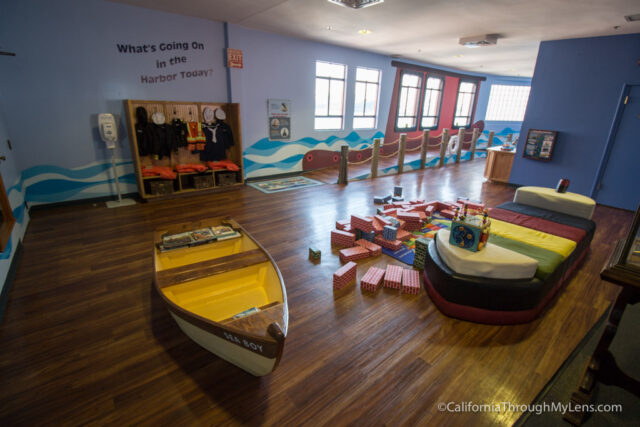 Lastly, there is a spot for children to play on the second floor with books about the ocean and a small wooden boat to interact with. From here, I headed back down to the first floor. 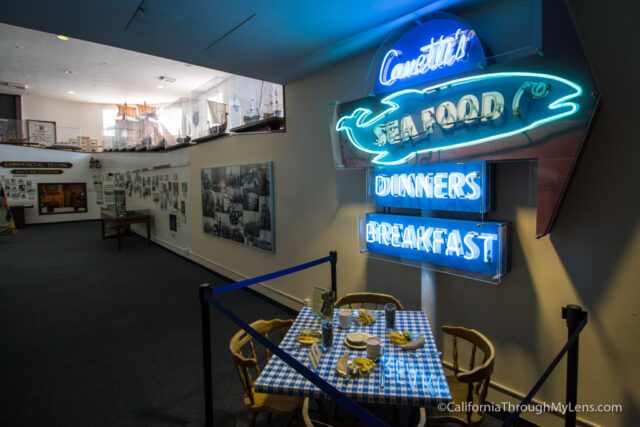 On the first floor, the main highlight for me was the exhibit featuring the old diving equipment. 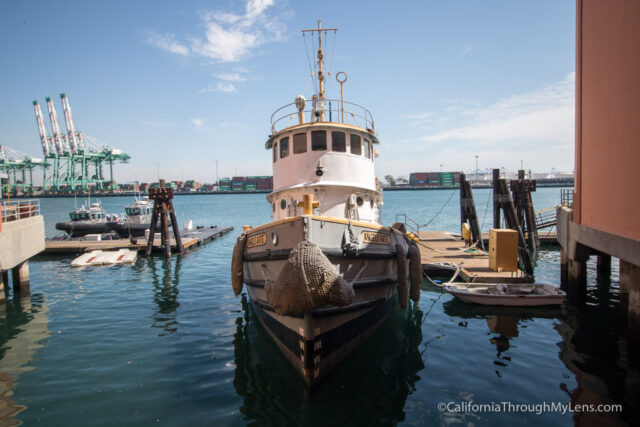 You can then head outside and see the Angels Gate boat sitting right there in the dock. 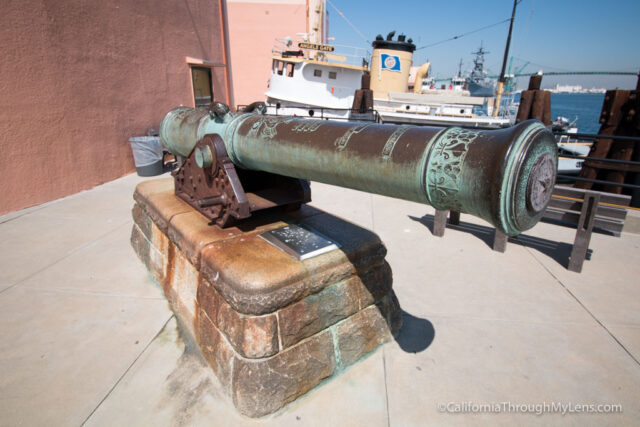 The last spot on the first floor was a large room that was half under construction while I was there. It housed more model ships, as well as a replica of the command center of an actual boat. 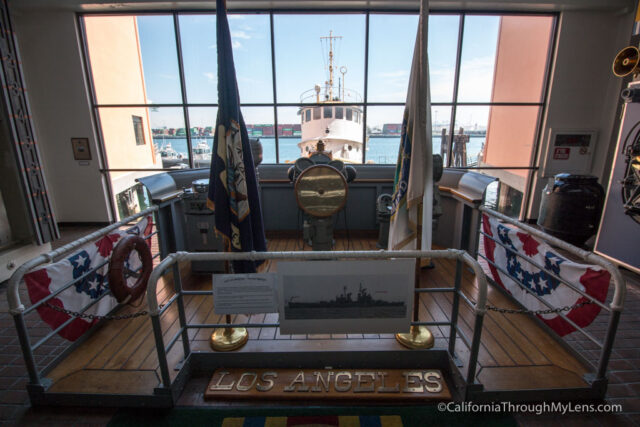 After leaving the museum, walk back to Harbor Boulevard and check out the memorials they have there. One of the first you see is a replica of a 16 inch 50 caliber gun that shows you how the bullet travels through the weapon.

Past that, there is a memorial dedicated to fishermen, featuring a large bronze man holding a fish.

After seeing all of this, you can head back to your car and go on to your next stop in the Port of LA. I enjoyed my time here, and it is an easy recommendation for $5. Let me know what you think in the comments. 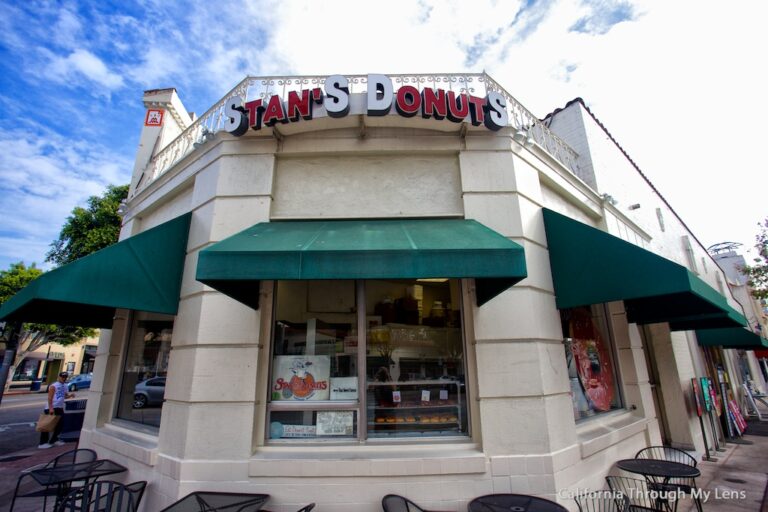 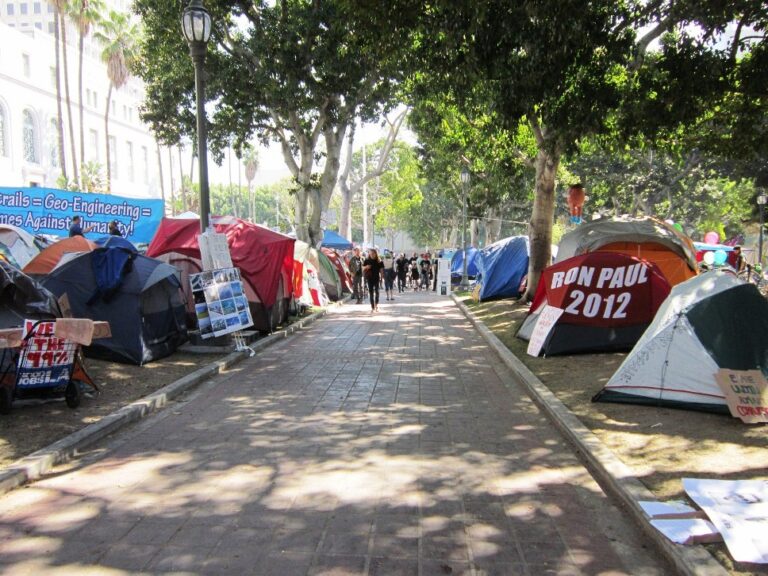 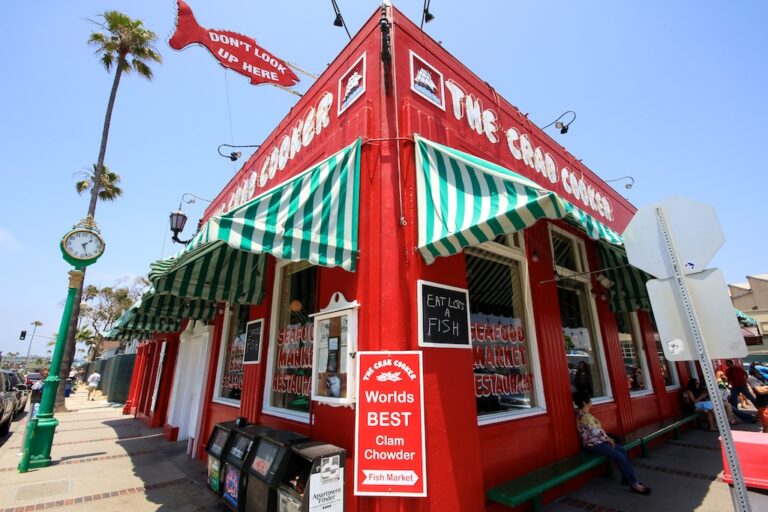 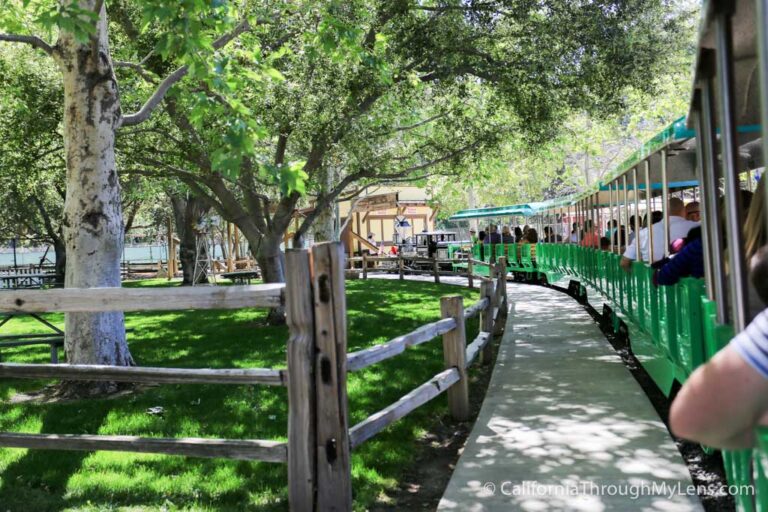 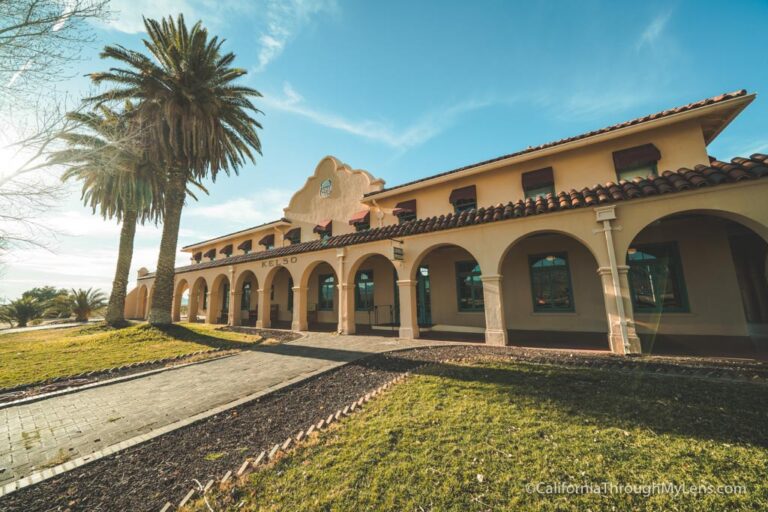 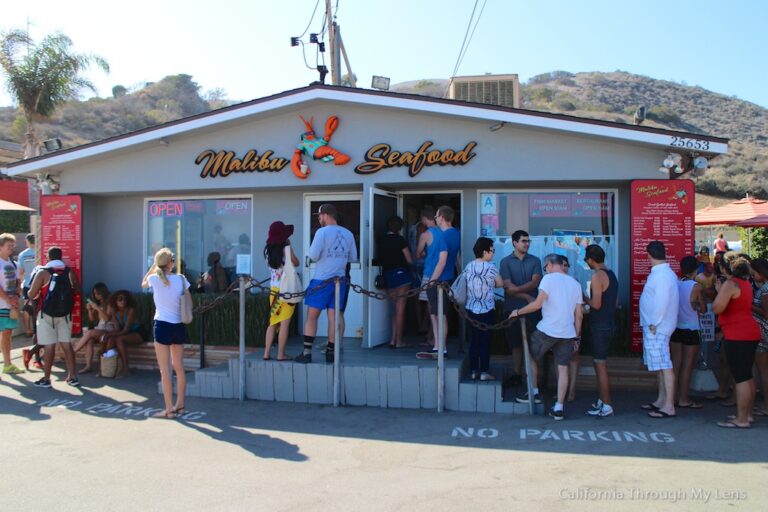