When traveling, the more unique the stop the better, and Nitt Witt Ridge is one of the most unusual places I have been to in a long time. Michael, the tour guide, is very knowledgeable and I highly recommend making the stop here for a fun history lesson of a bizarre California coastal house. Here is all the information. 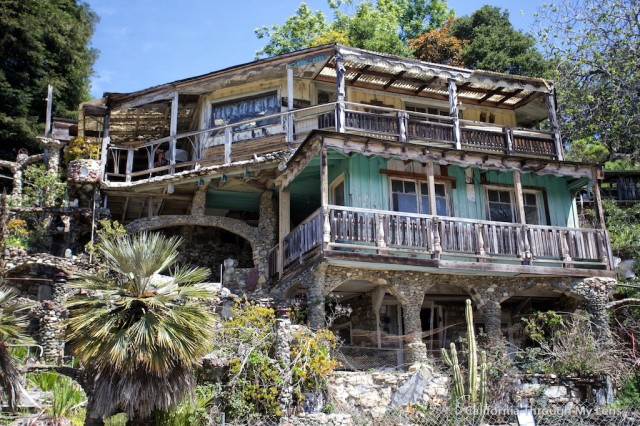 Here is a video I made on my last visit. 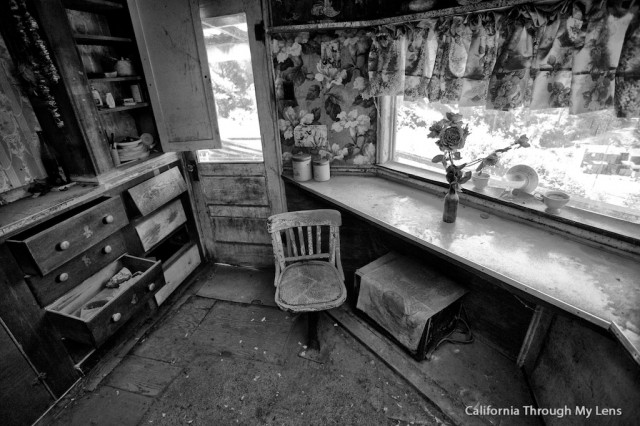 This house was owned by an eccentric man named Art Beal, who lived by his own rules. He upset half of the city with his constant building and strange personality but did build a house that is still standing today, made mostly of trash. He loved his “coffee,” which meant beer (he even built with the empty cans) and turned this two and a half acre property into a modern work of art. There are tons of stories about him available online, but my favorite is that he had a toilet on the roof and used to sit up there and converse with people walking below, sometimes clothed sometimes not. He passed away in 1992 at the age of 96, and his ashes were spread on the property. 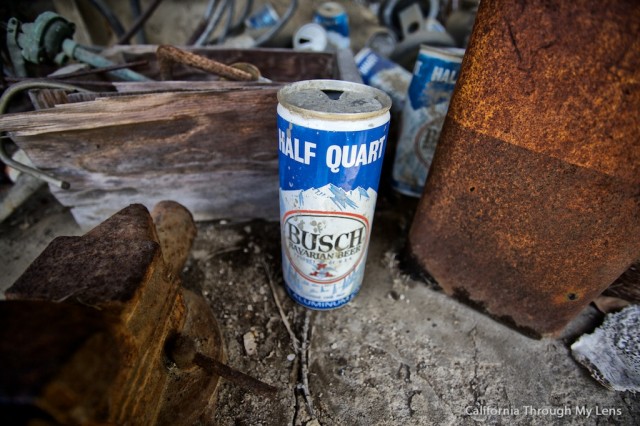 The current owners bought the house about 15 years ago for less than 50,000 and have dedicated their time to keeping it up and running and providing tours for visitors of the impressive piece of California history. This house is a registered California Historical Landmark.

Here is a little video from Michael about how they came upon the house. 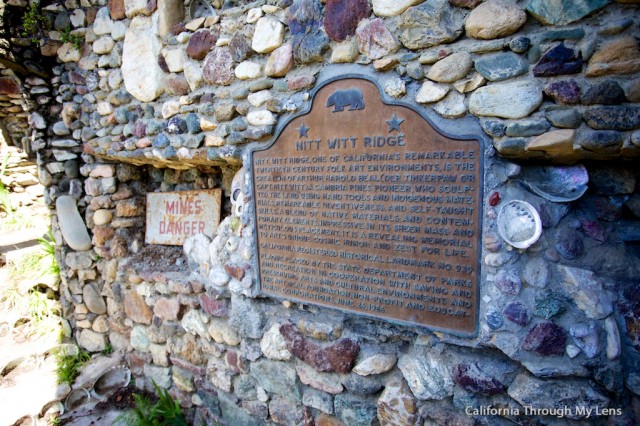 The tour starts at the base of the house and heads up the stairway to the plaque that designated it a CA landmark. 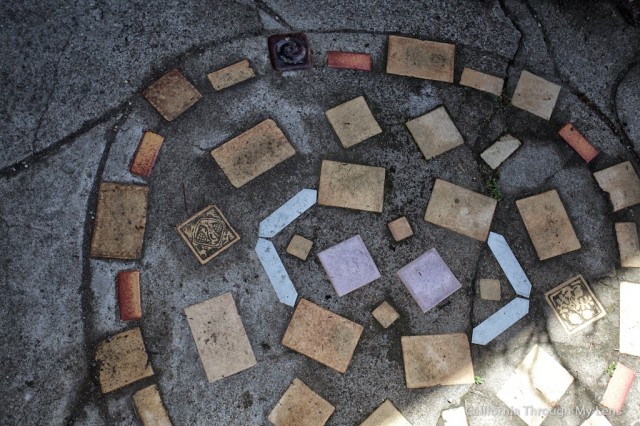 This is also where one of the two pieces that were taken from Hearst Castle are, the first being the above tile in the ground. He worked at Hearst Castle, and so many of the items are said to have come from there. 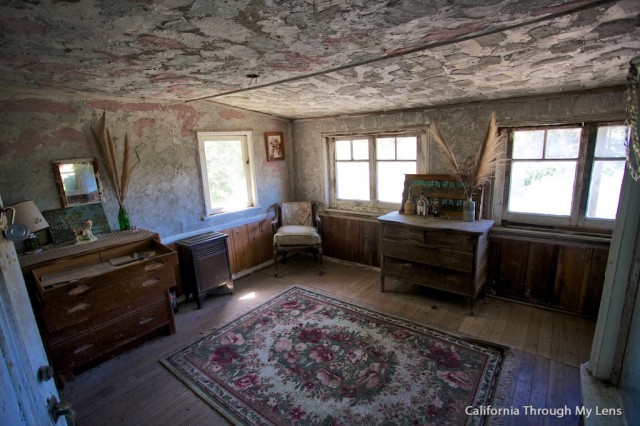 The tour proceeds to the women’s room, which was in pink, and I guess was to impress any women that he had over. 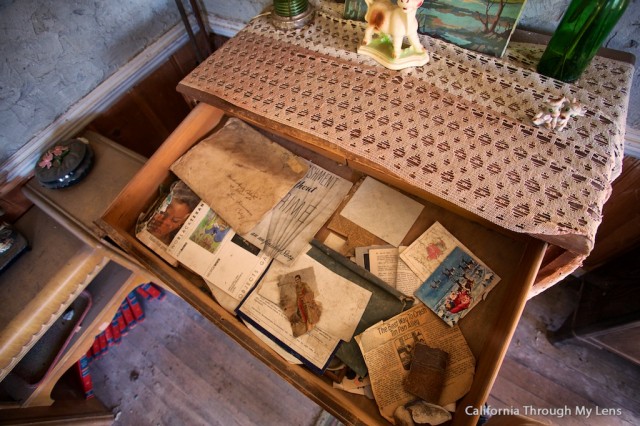 I also thought it was amazing how well Michael has kept everything original, there were letters he had received in this room, and in the kitchen, there were still bills and even canned food. 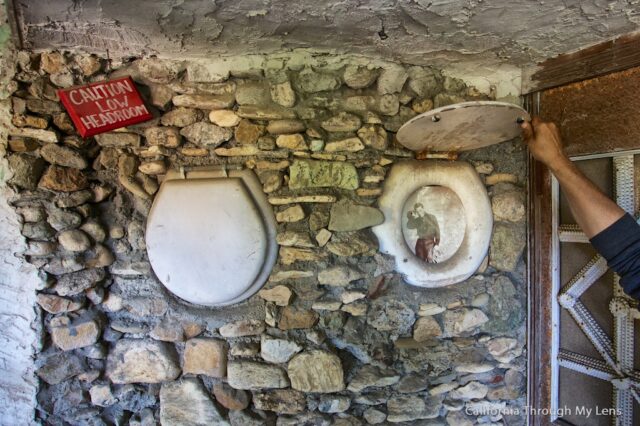 He also hanged toilet seats on the walls as picture frames where he put some of his favorite people, mostly cowboys from the movies. 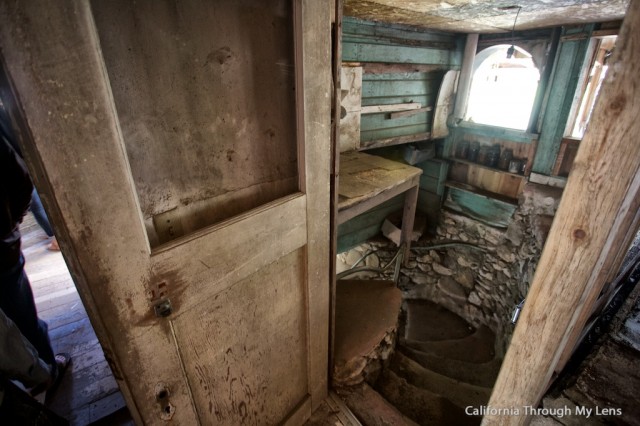 As you continue to climb, you will walk through the staircase that served as his fridge. Yes, his fridge. He apparently told people it kept all of his food at a cold 55 degrees. 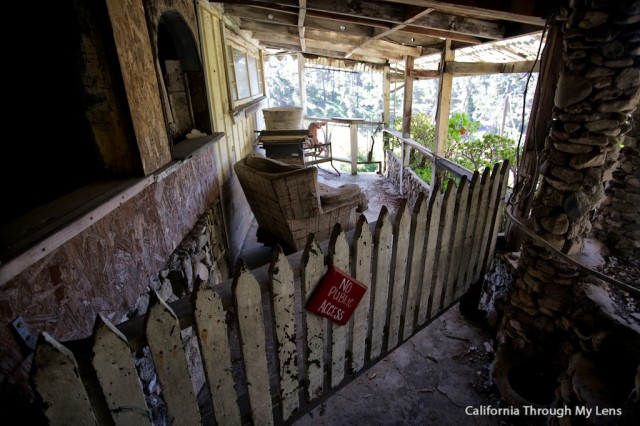 There is a video that you can watch here that interviews the man himself and is informative to his personality. He seems like he was a total character, and it was fun that they showed this video to give you more background on the man himself and make him more real. 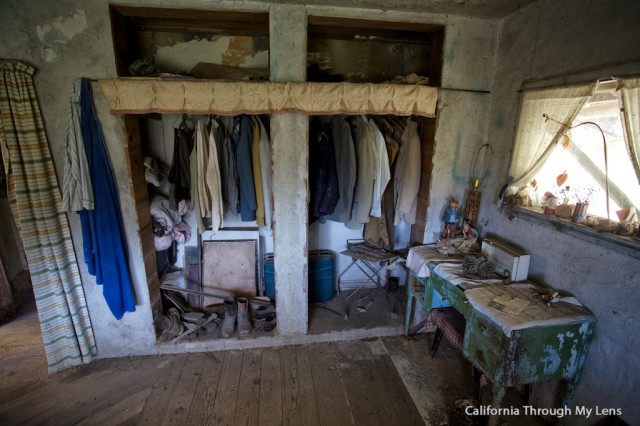 From here, you will see his room, complete with old clothing still in the closet and unique wallpaper. 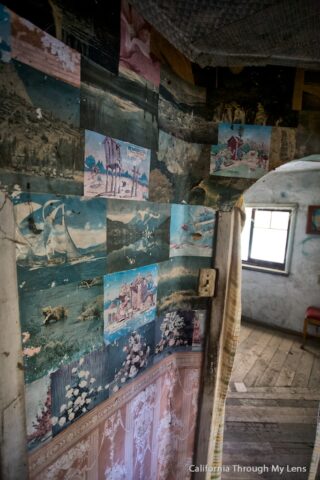 The tour then heads into the kitchen, which is one of the most well preserved and unique rooms in the house. It is also one of the nicest as it has more light than the others. 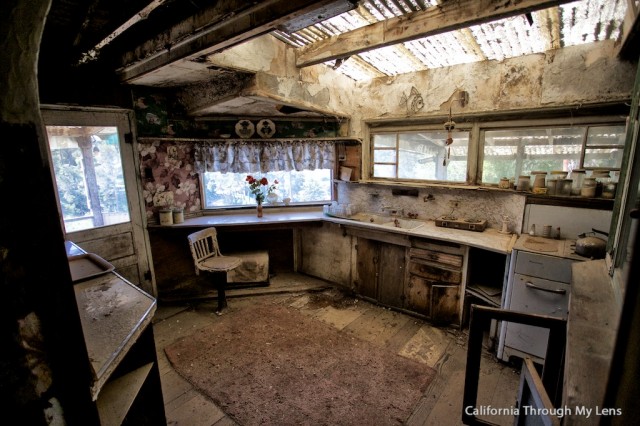 The kitchen had old canned food still, bills he never paid, and even a skylight that let light into the room. Here are a few pictures. 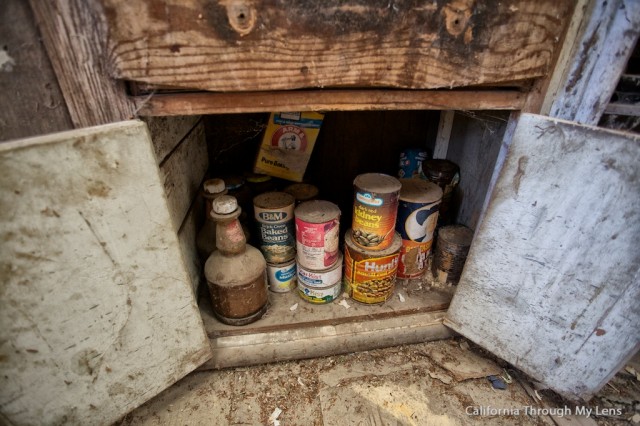 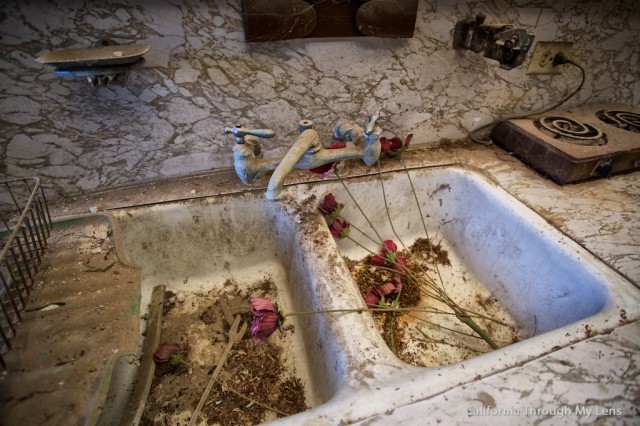 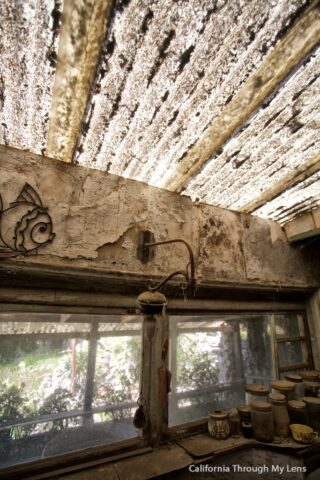 As you continue up, there are lots of unique spots such as the bathroom with two toilets cause it’s always better with a friend, right? 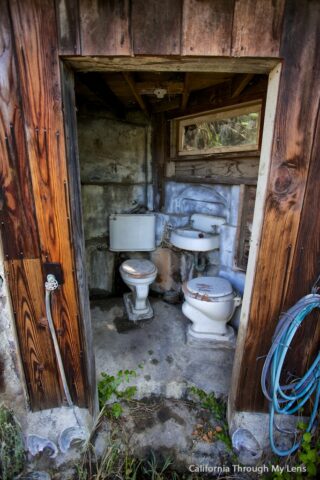 There are beer cans everywhere and even some walls that were built with the cans themselves. 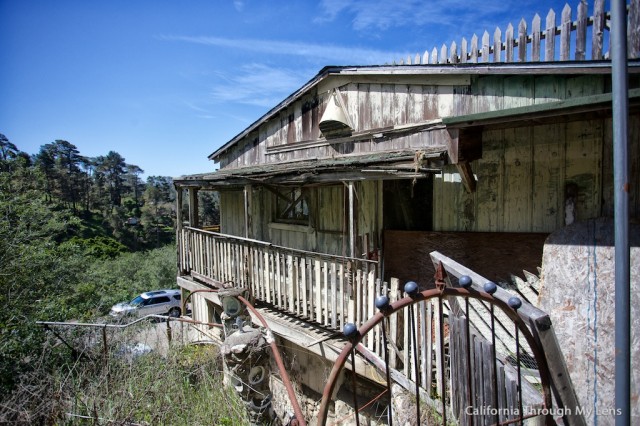 In the back of the property is the original house that he lived in as he was working on the main attraction. You cannot get very close to this house, but it is cool to see from behind the fence. 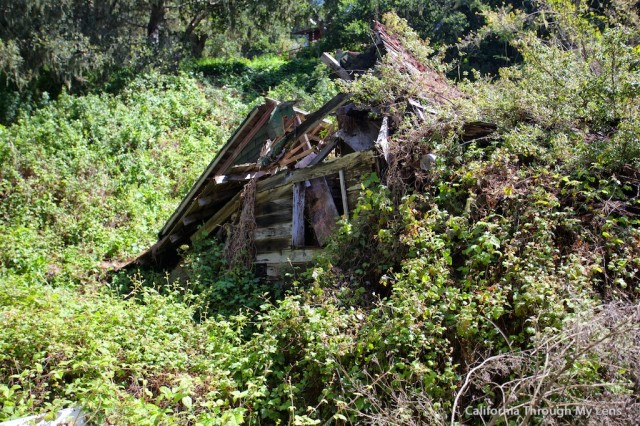 When you get to the top of the property, you will also see the second piece from Hearst Castle, the cement pillar. 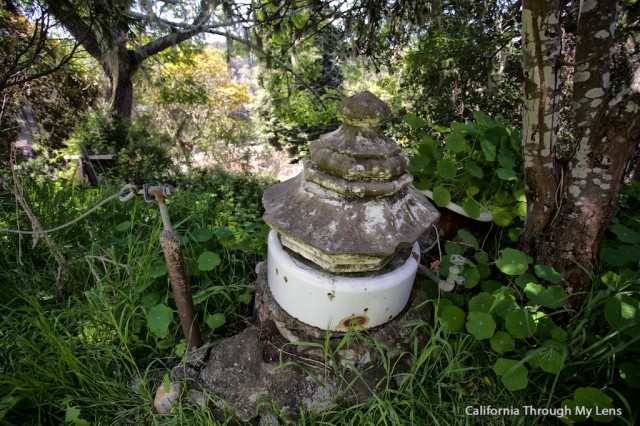 Art also put in what he called the wedding chapel. I am not sure if there were any weddings here, but it did have a beautiful view! 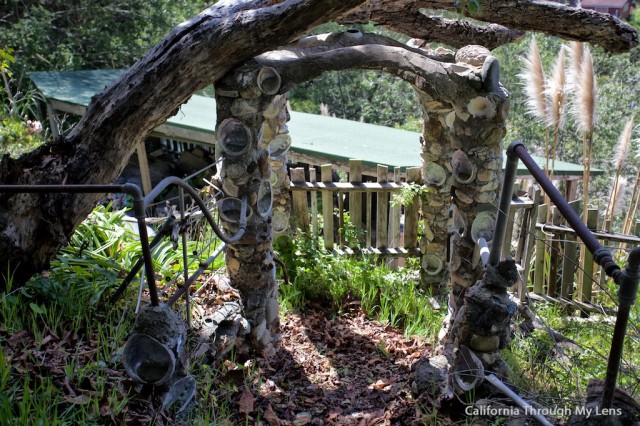 One of the best parts of the house to me was the toilet that was on the roof. Michael said that he heard he would sit up there and watch the people who would come to visit. 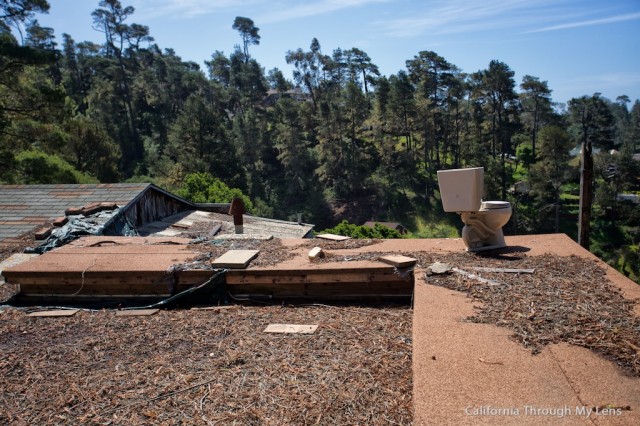 The last stop on the tour is the old workbench, where a massive redwood has grown up around it. This is an interesting addition from Mother Nature into the house, and this is also where his ashes were spread. 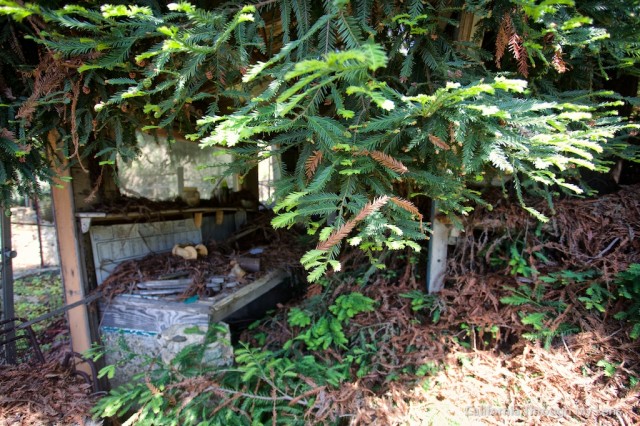 After that, the tour was over. I really appreciate the way Michael has stepped in to keep this historical place running, and I hope it can be maintained the way it currently is as it indeed is the poor man’s Hearst Castle. 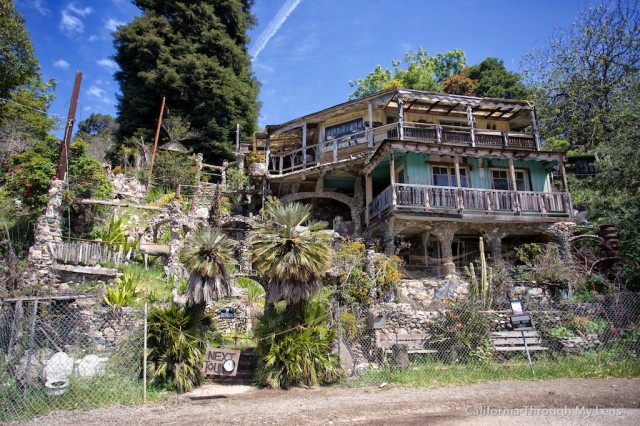 Nitt Witt Ridge is an excellent stop in Cambria on PCH, and you should visit it at least once. Let me know what you think in the comments.