This historic state park in Aptos is a photographer’s dream. It features a pier with a half-submerged World War I ship sitting at the end of it. This ship and pier will make you feel like you are in some sort of post-apocalyptic world where people are playing in the shadow of a broken-down freighter. It is a must visit on Pacific Coast Highway, especially since it is part of a beautiful state park and beach. Here is all the information. 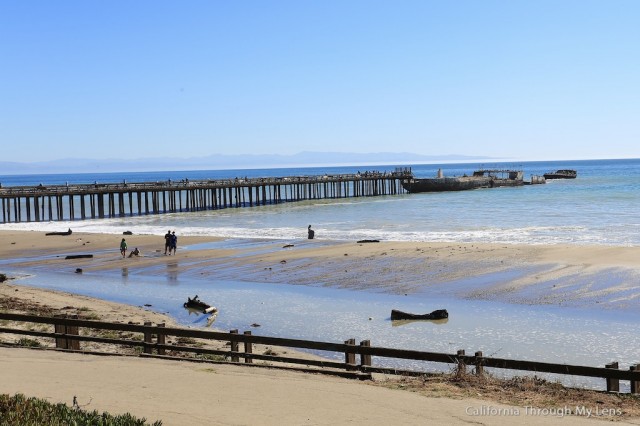 When you pull up to the parking lot, you will be greeted with a fantastic view of the pier and the sunken ship at the end. I love seeing unique things like this, and this park was one of the more unusual things I have seen in a while. Here is a little history on the ship. 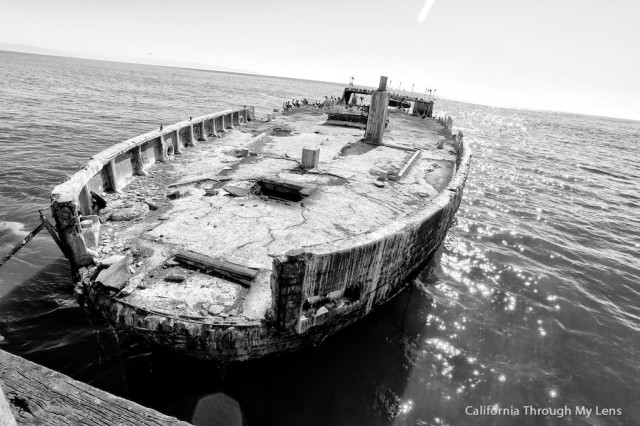 The SS Palo Alto was a concrete ship that was built for service in World War I; however, when it was completed, the war was over, and the ship no longer had a purpose. It sat in a shipyard in Oakland for over a decade until it was dragged down to its current location to become a small amusement park. 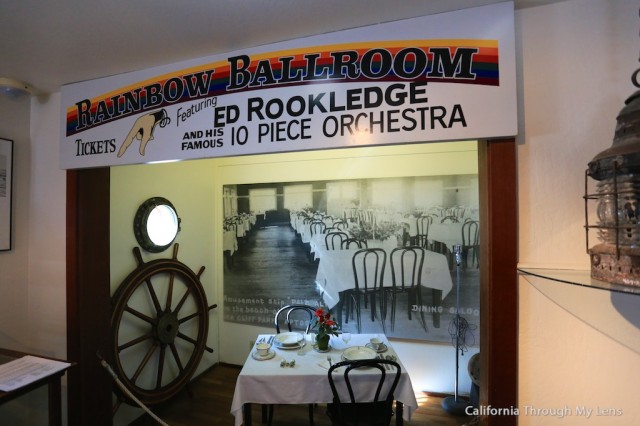 The ship was then sunk and loaded with amenities such as a cafe, pool, and a dance floor and the pier was built out to the boat. Unfortunately, it never became a hit with audiences and the company that made it went bankrupt a few years later. Since then, the ship cracked in the middle and has slowly deteriorated to where it is today. The pier no longer allows you to go onto the boat, and a big gate keeps anyone from trying. 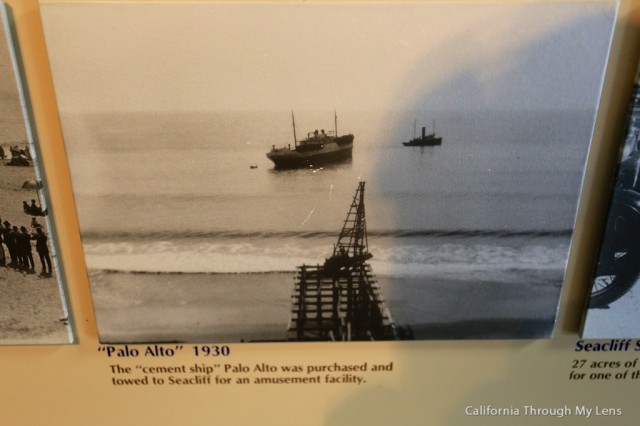 When you arrive, head into the visitors center as it is one of the better state park visitor centers I have been to. It has a video on the boat, examples of what it looked like before it was sunk, and a lot of information about the marine life that has started to live in this artificial habitat. Everything from starfish and sea anemones to sea urchins live in this area now. 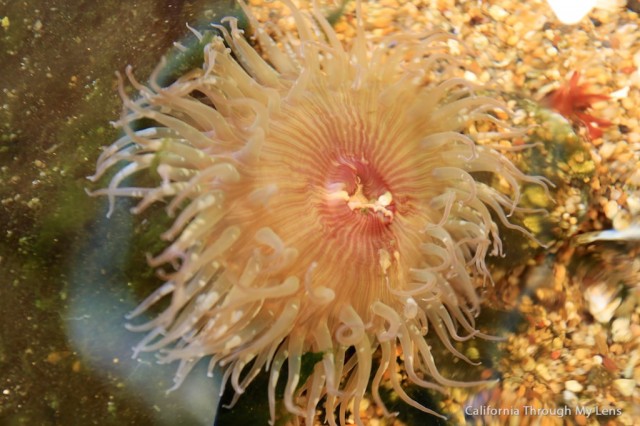 The people who work here are great and happily talked to me about the history and all the sea creatures. 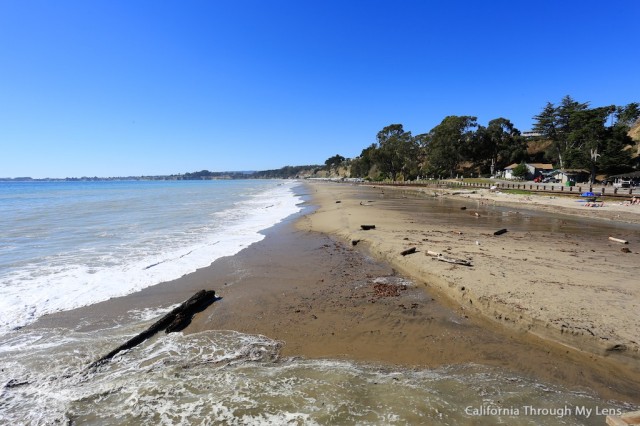 After the visitors center, I headed out to the beach to see the wreck from the water level.

This is a strange beach when the tide is high as it had a run-off type effect where the waves go over the sand and then run downhill to the pier and back into the water. 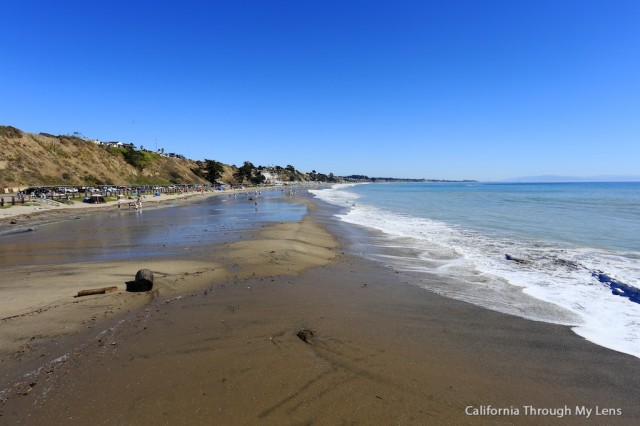 I wish I had my zoom lens to get up close to the ship, but it was still cool to see the decay while sitting on the sand. 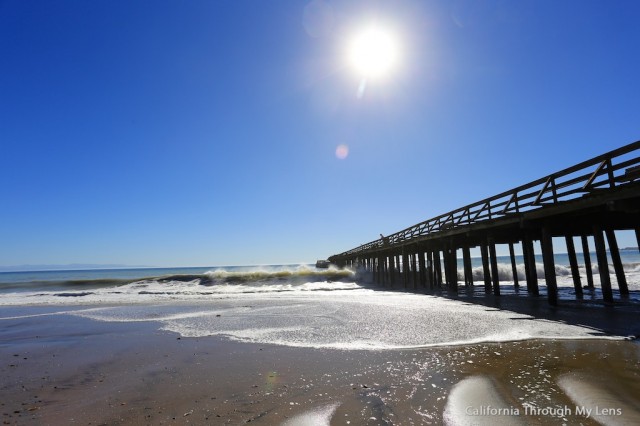 I headed down below the pier to see if I could see the boat, but the wood was pretty thick, and it was hard to see the boat through it. 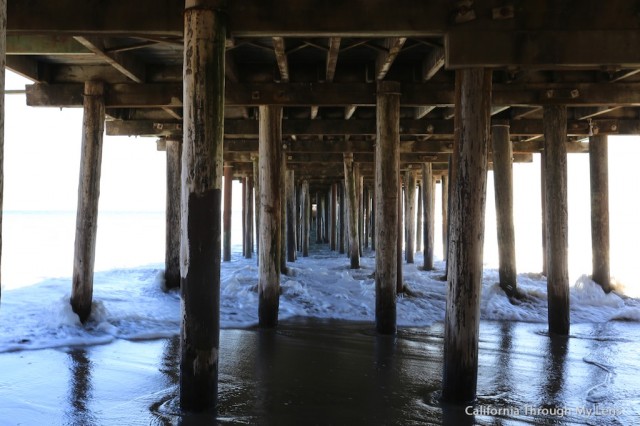 After the beach, I headed up to the pier and walked out to the ship. You can see in the below photo that there is a big fence that stops you from going out onto it. 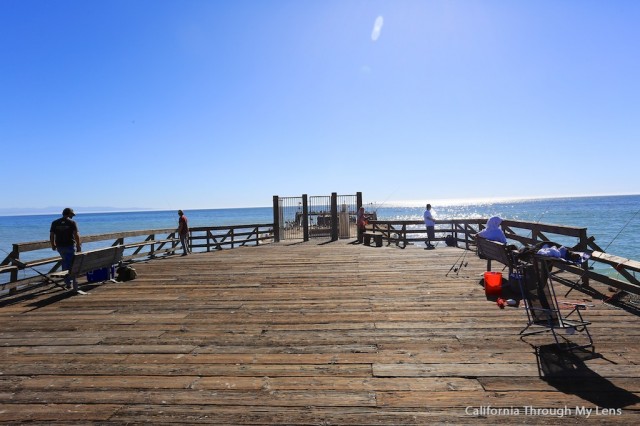 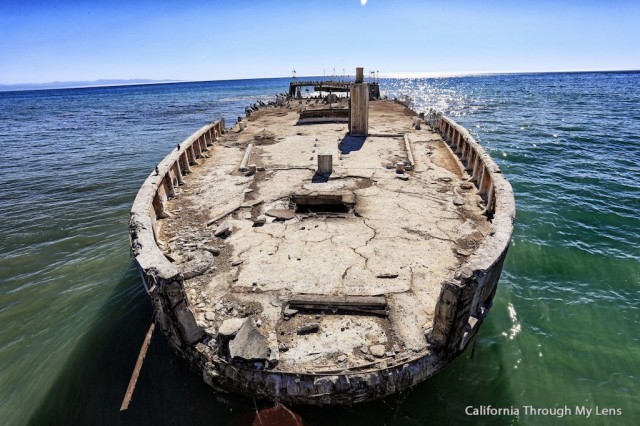 There is no way to get out to the boat, which is good as it stays protected from humans. There were about 100 birds sunbathing at the end as well. 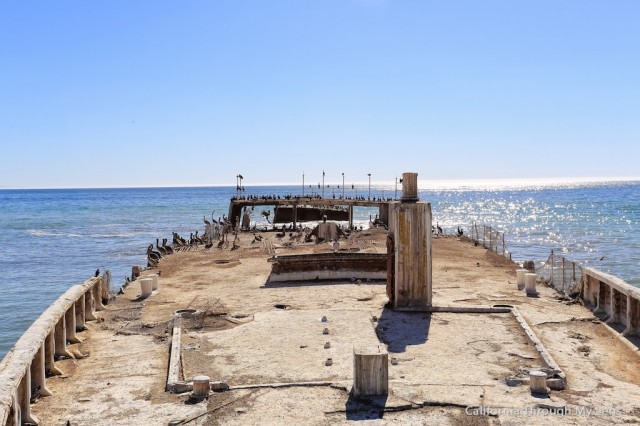 I wish I would have been able to see this ship in its heyday; it must have been a pretty fun place to explore. That being said, it is still unique and well worth the trip. 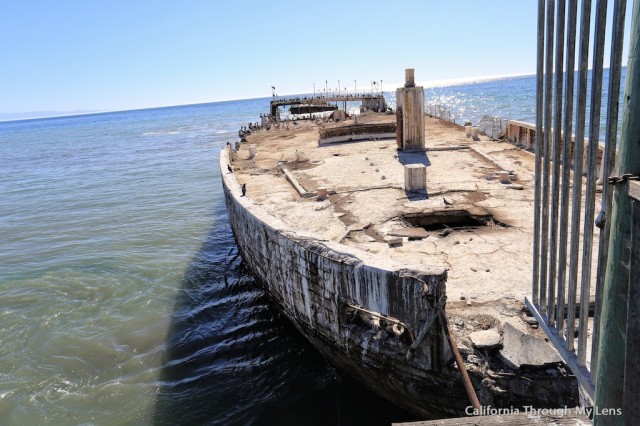 After checking it out, you can head back to the car or spend the day just sitting in the sun and enjoying the beach. Let me know your thoughts in the comments.