California is full of fun things to do during the fall season; you can visit a pumpkin patch, see fall colors in the Eastern Sierra, or visit the coastal town of Cambria to enjoy their scarecrow festival. This festival has been a part of the town’s fall season for 13 years now, and each October, dozens of scarecrows are created by people around the city and put on display out front of many local businesses. The festival runs throughout October, so it may be a little late to see it this year, but I just wanted to introduce the festival and encourage you to visit Cambria next year to see it. Let me know what you think of this event in the comments, and here is all the information. 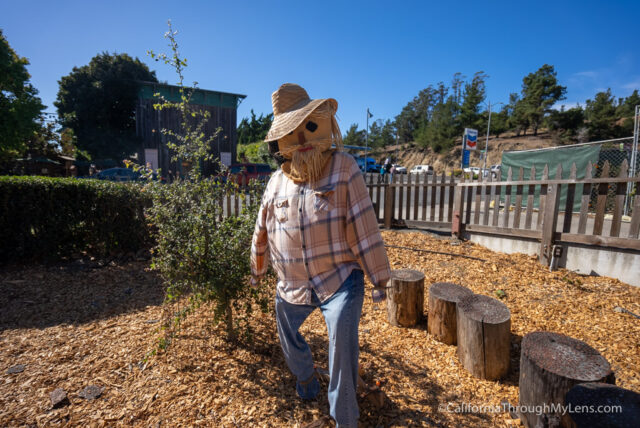 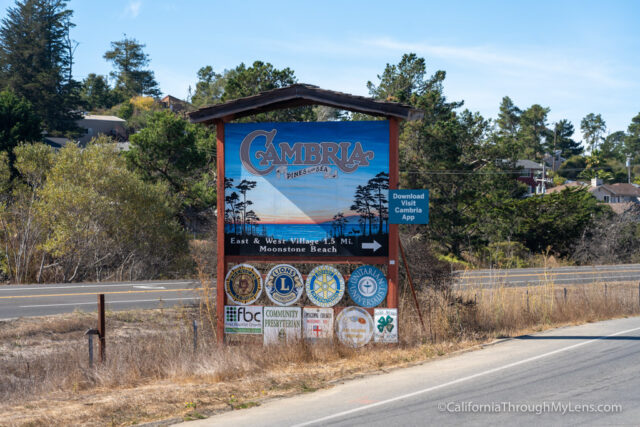 The scarecrow festival happens all over the town of Cambria, with a few even out on Moonstone Drive. The main section is the downtown area, with a bunch near the old lighthouse lens and a bunch near Linn’s / Robins (two famous restaurants in town). I would recommend heading to either of those locations and just walking around. The city puts out a map as well, which you can see here. 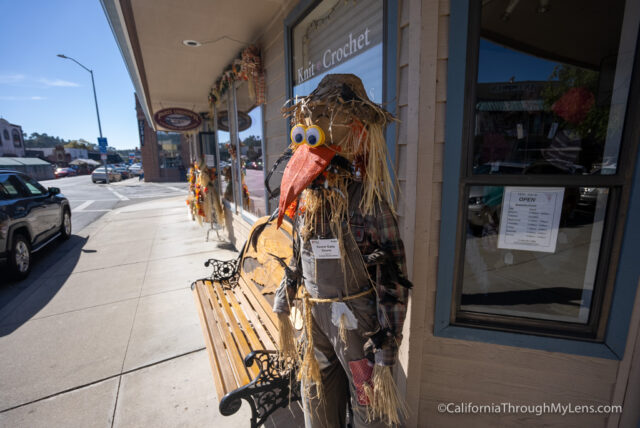 This post is from my visit in 2021, so if you visit in the following year, most of these scarecrows will be different. This information should help you figure out how to make the most of the even though. 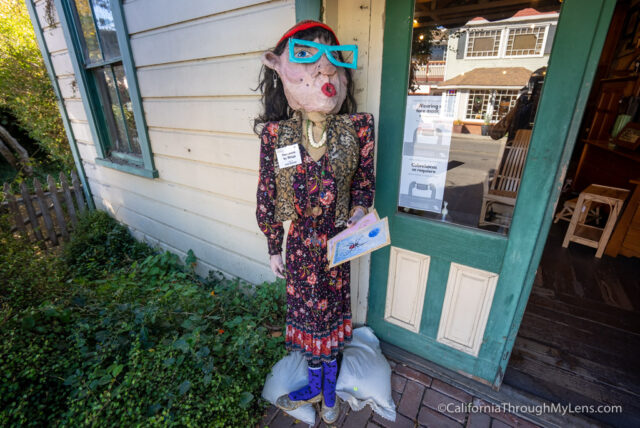 I headed to Linn’s first and found parking near the restaurant. From there, I walked Main Street outside of Linns and saw about a half dozen scarecrows while walking. 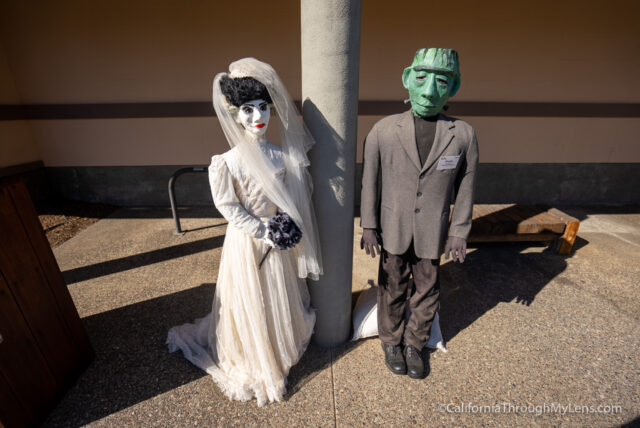 The highlight was the pig scarecrow or the Frankenstein and bride scarecrow by the bank. 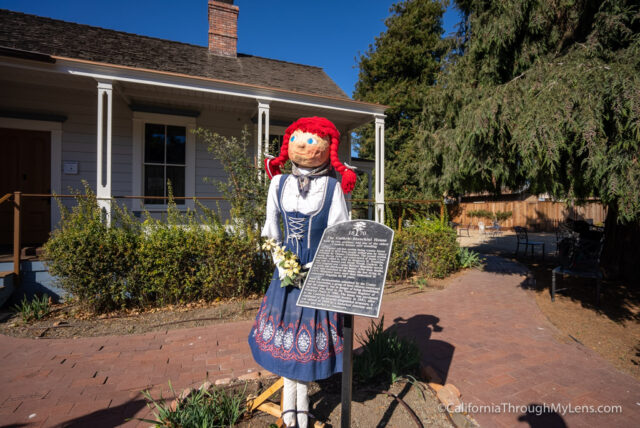 After seeing those, head down towards the Cambria Historical Museum. This is the main area with most of the scarecrows in this part of town. 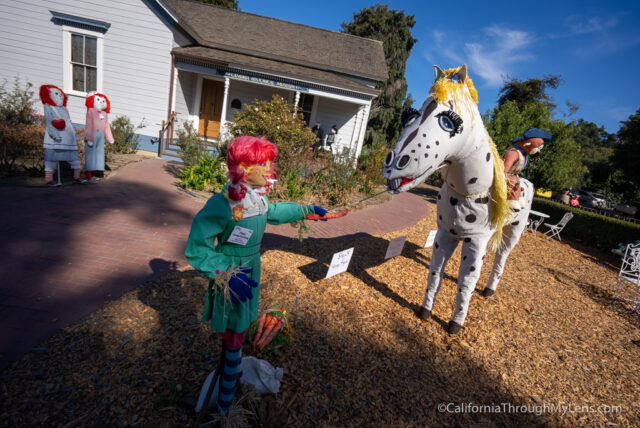 Here they had 15 or so of the scarecrows all displayed around the yard. 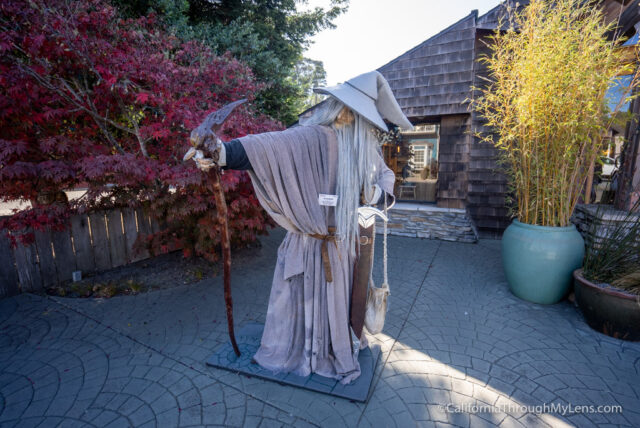 After exploring this area, head to the end of Burton Drive, where they had my favorite scarecrow, Gandalf (from the Lord of the Rings). 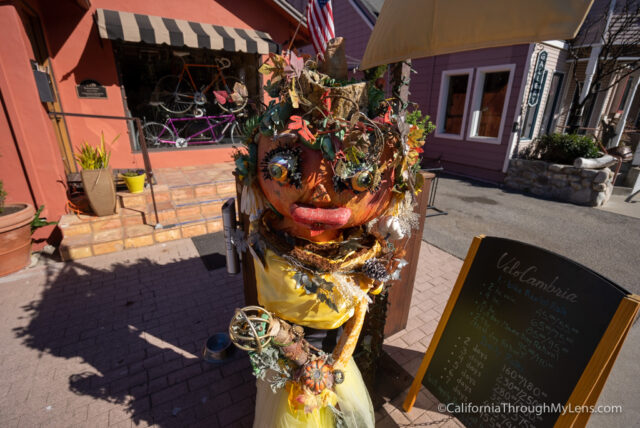 This was an impressive one, as it was detailed and looked like the character. It was probably the highlight for me. 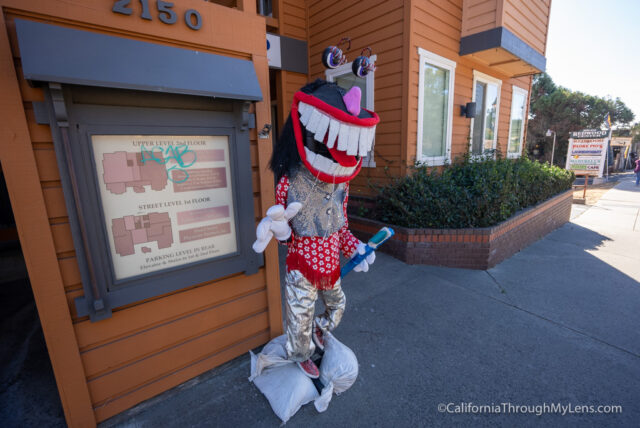 After that, I left this area and drove towards the other part of downtown. Along the way, keep your eyes peeled, as there were another ten or so along the drive. 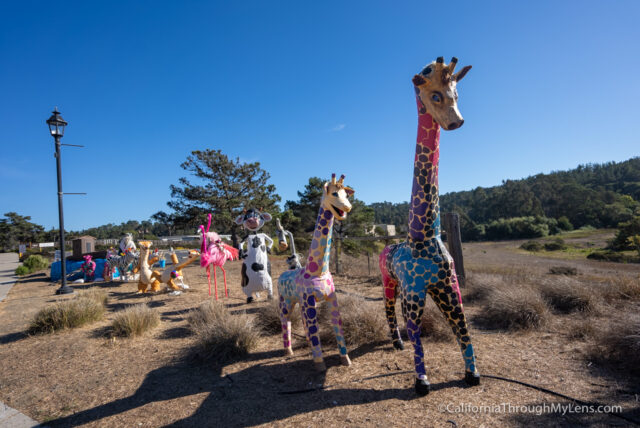 One of the highlights was the intricate Noah’s Ark display, which had Noah and many sets of animals standing in front of him. 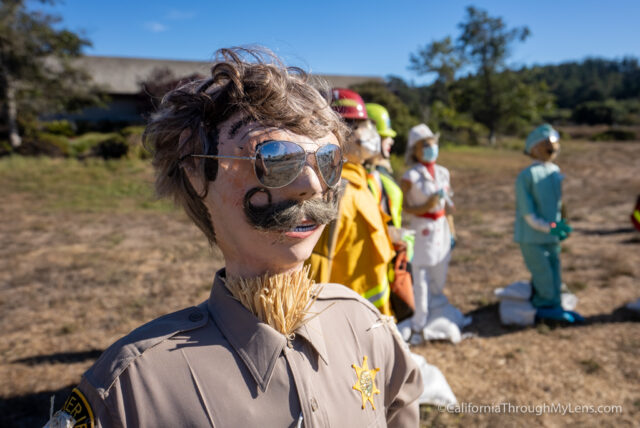 Heading on, there were scarecrows of first responders, witches, and even a Bigfoot about a block further. 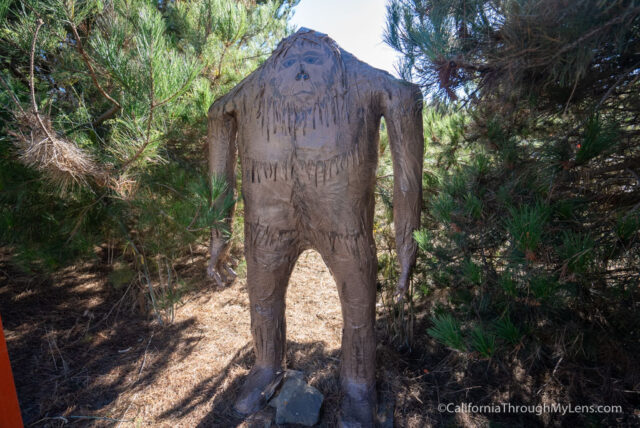 After exploring this area, I grabbed a slice of pie for later and headed back towards the other downtown part of Cambria near the lighthouse lens they have on display. 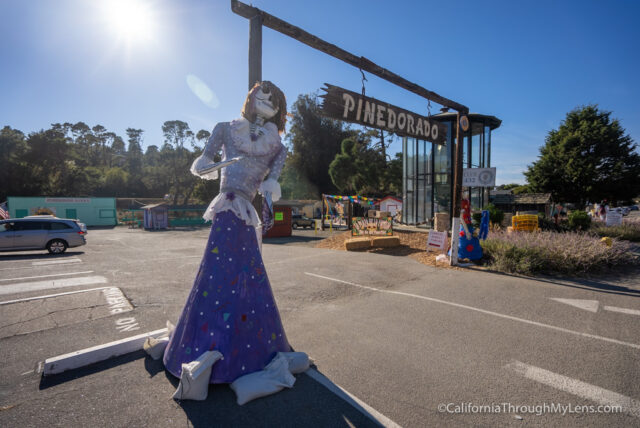 This section had lots of different scarecrow exhibits, with the main one featuring a scene from the movie coco. My favorite was the cow though but there were a lot of impressive ones in this area. 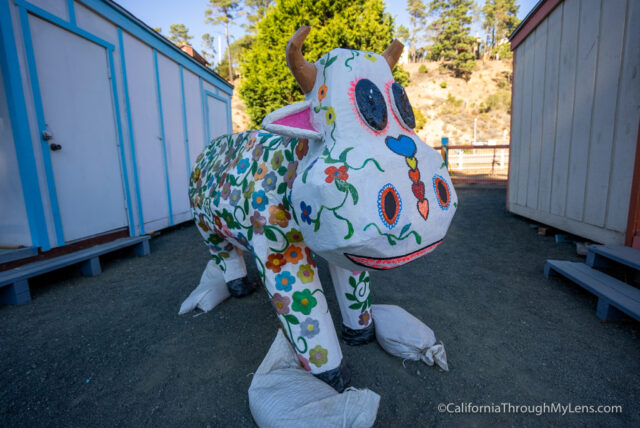 Continuing down Main Street, there were a few more outside the businesses near Arlington Street, with a fairy and Kermit the frog being the highlights. I walked around here a little more but there was not a lot to see here. 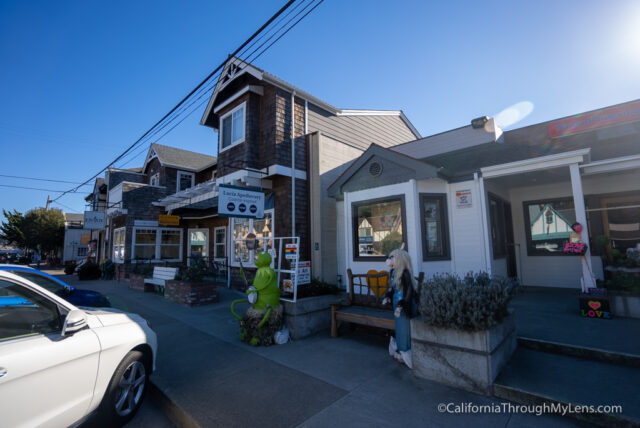 Heading on, as you pass the Shell station on the right you will see a large lot and be greeted with the largest collection of scarecrows this year, which was all pirate-themed. 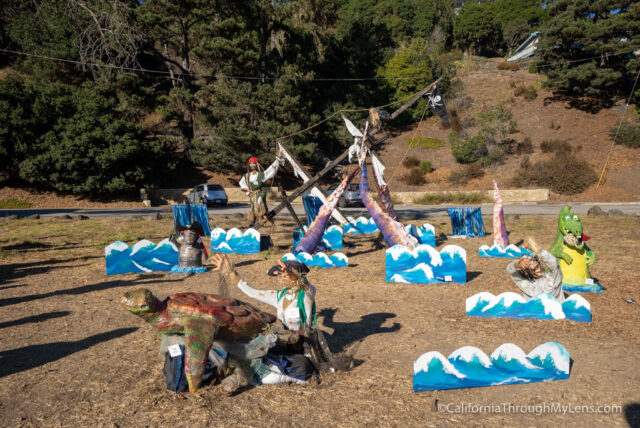 This section had the most amount of people exploring with me and it was a lot of fun to see all of these scarecrows here. 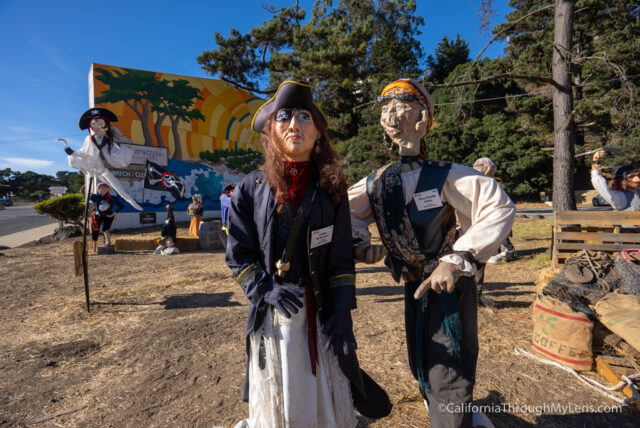 It was very intricate with a pirate Johnny Depp going down with the ship and tentacles attacking the boat. 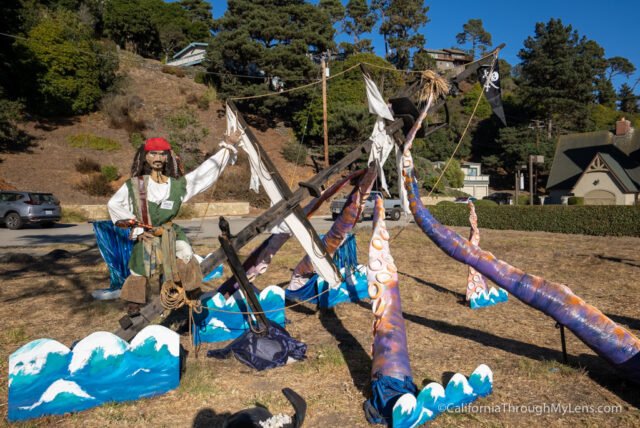 I spent a decent amount of time here looking at all of these. 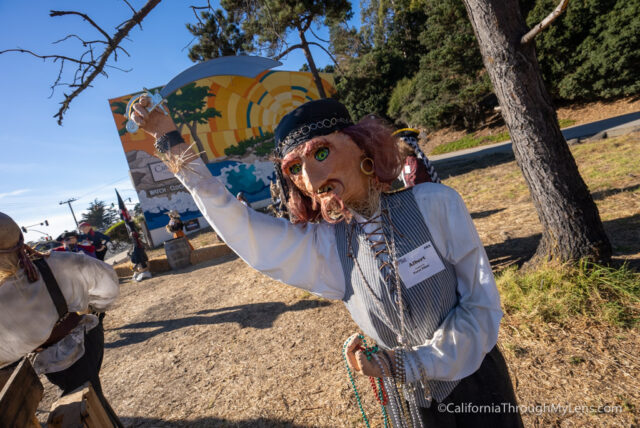 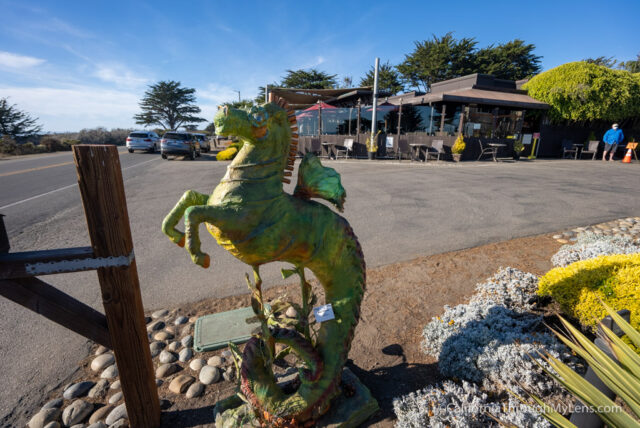 In 2021 the city of Cambria also partnered with San Simeon, a neighboring community, and there was one last display of scarecrows there. 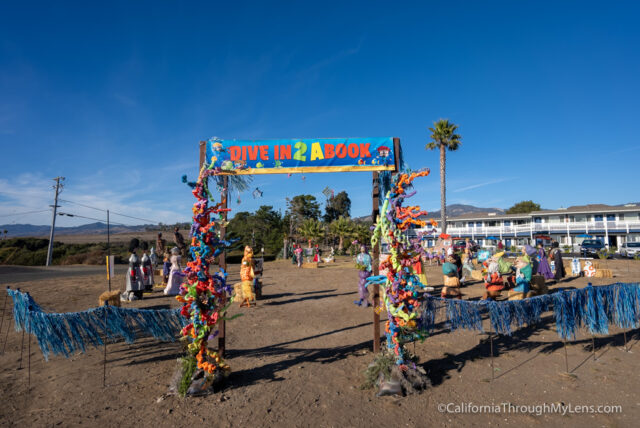 This display was called storybook and had many classic characters from Snow White, Wizard of Oz, and the Old Lady and the Shoe. 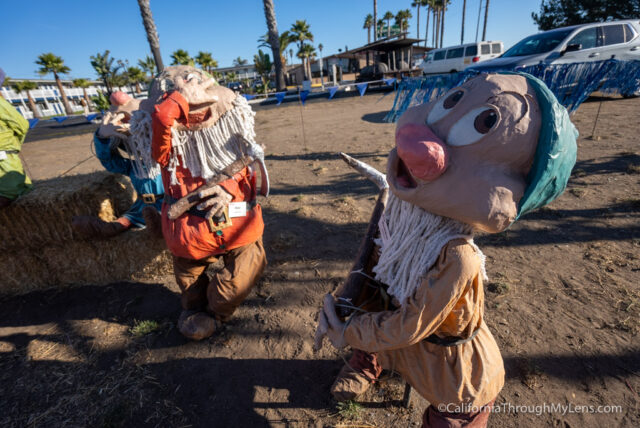 They even had characters from Star Wars, which seemed a little odd in the “storybook land” but was cool to see. 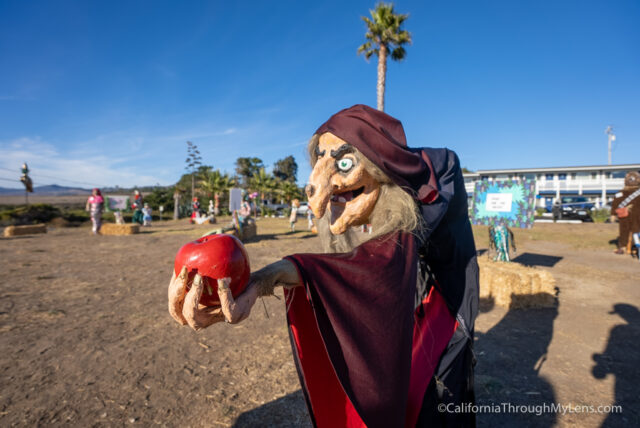 The seven dwarves from Snow White were especially impressive in this section. 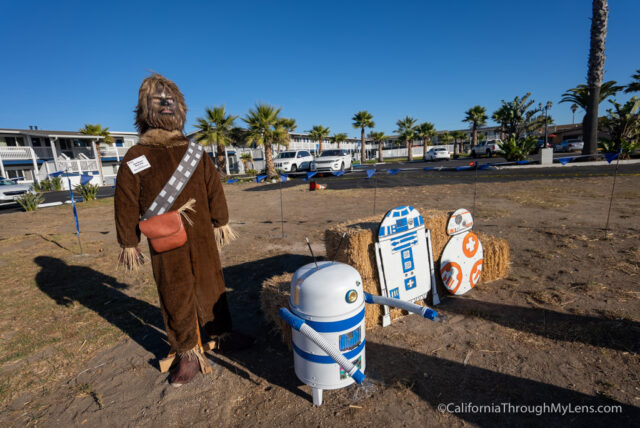 After exploring this area my 2 hours of scarecrow hunting was done. I decided to head back to one of my favorite spots in Cambria to end my time in the city. 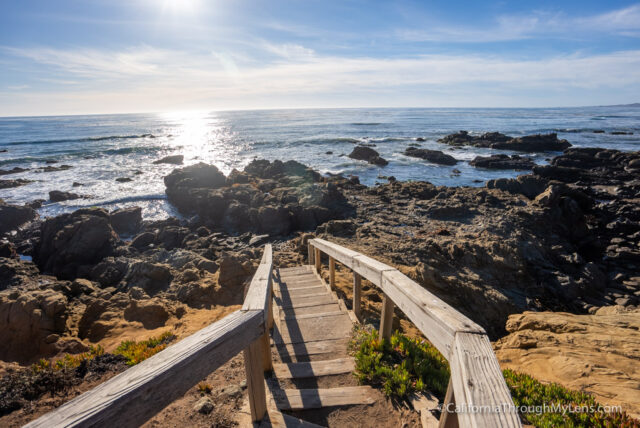 Overall, there were many more scarecrows than I anticipated, check it out if you get the chance, and let me know what you think in the comments.