Is there anything more relaxing than grabbing an inner tube and floating slowly down a river on a hot summer day? I have done this many times in my life, with the most recent being when I floated in Chico last year. When my friend Nate suggested it in Truckee, I jumped at the opportunity to do it again. We put in at Truckee Regional Park and floated for about two hours to where we were picked up at the Glenshire Bridge. Here is all the information from my trip in 2015. 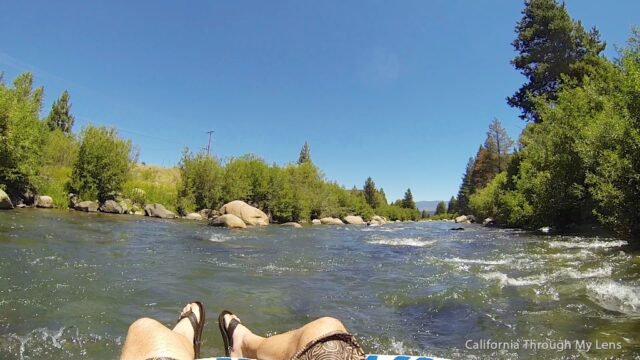 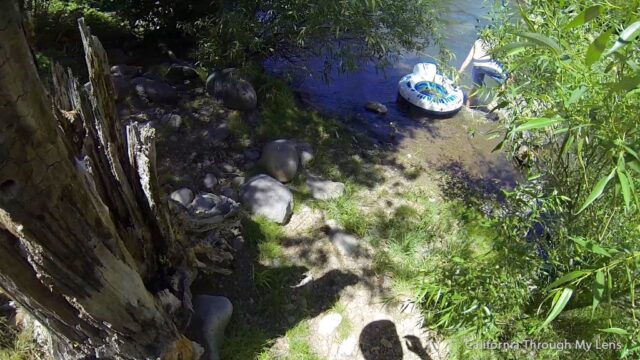 After being dropped off in the parking lot for the regional park, we walked down the gravel road to the river and proceeded to put our inner tubes in and float. 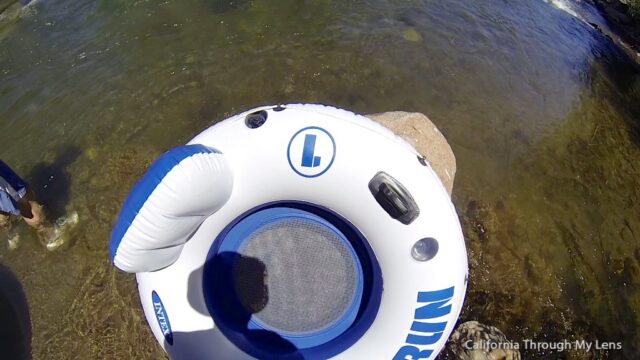 The water itself was a little low due to the California drought, and because of this, the river was more choppy then we imagined. This was not a float that you would fall asleep on. That being said, it was a ton of fun as there were rock outcroppings and small rapids you had to navigate on the float. 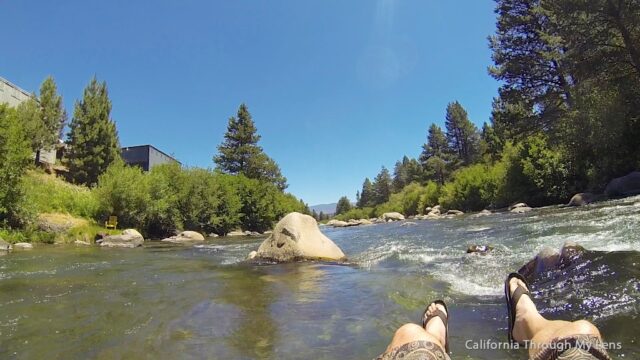 One thing to remember if you go on a low river time like us, keep your butt up and pay attention. If you don’t, one of these big rocks will creep up at you. 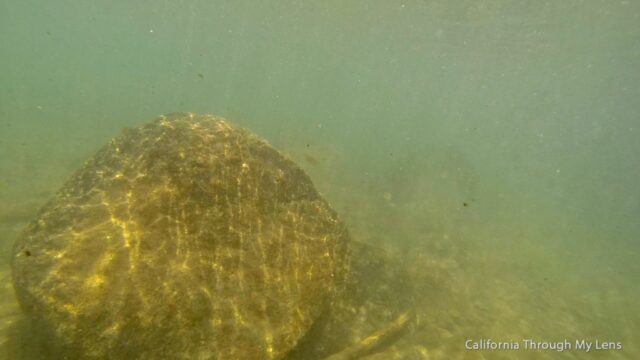 There were countless times where I got slammed by a rock cause the water level was low, and I didn’t watch for it. This didn’t detract from the fun though, and after a few bumps, I made sure I was paying attention. Here is a picture that shows how low it was in some areas. 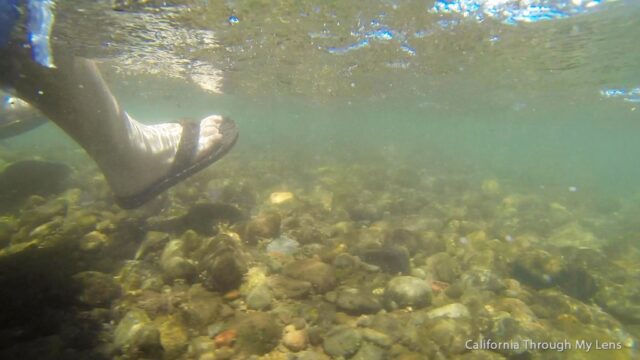 The path that you float on is amazing. The river meanders under bridges, past small forests of trees, and around small canyons; every turn is another beautiful view. 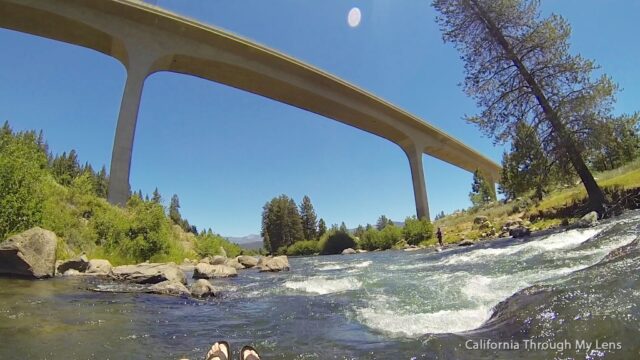 My favorite part of the trip was when the canyon wall had a train track, and a train went by us while we were floating. It was awesome just to float and watch the train go by. 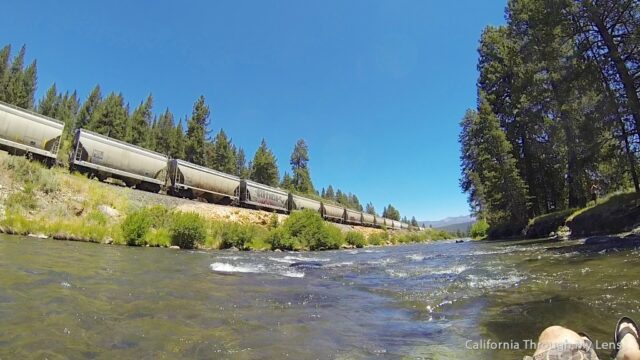 All in all, this is a great way to spend an afternoon in Truckee and something that I would often do if I lived in the area. I am told this is the float to do as there are a lot fewer people than the popular Tahoe float. 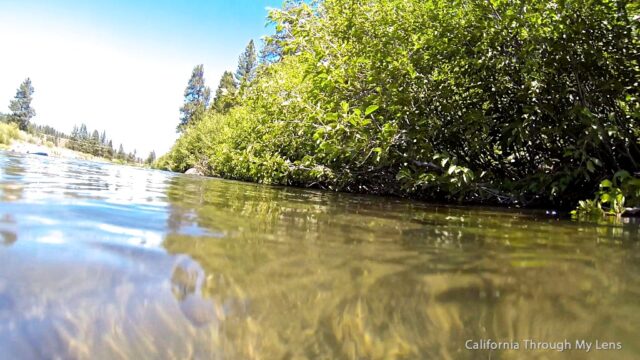 There were only four other people that we passed during our two hours on the river, so I have to imagine this is true. 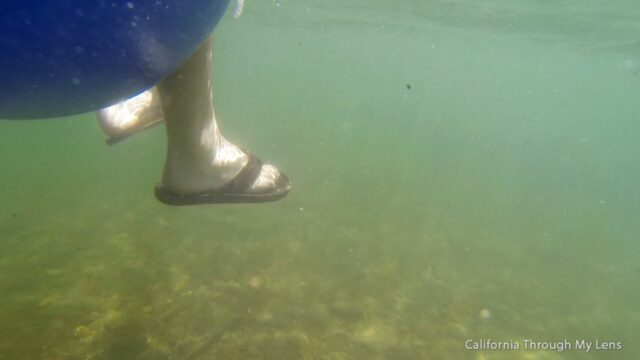 What are you waiting for? Grab an inner tube and get to floating before the summer ends. Make sure to leave a comment if you have been and have recommendations as well.