Created by the artist Simon Birch, the 14th Factory on the outskirts of downtown Los Angeles was an innovative art show that took over a large, empty industrial warehouse. Inside of that warehouse, artists from all over the world came together to create a unique and immersive experience. I got a chance to check it out on the opening night, and here is all the information this exhibit. 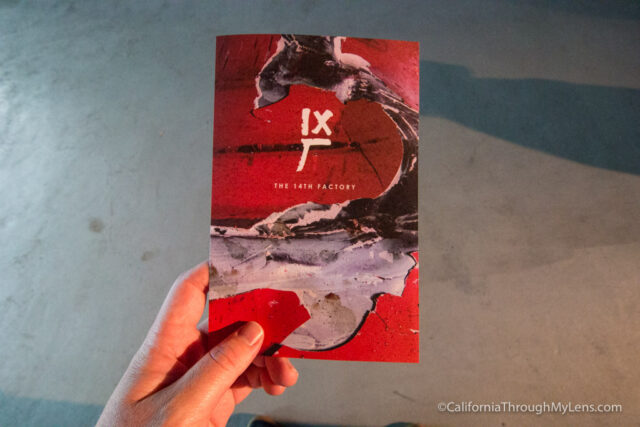 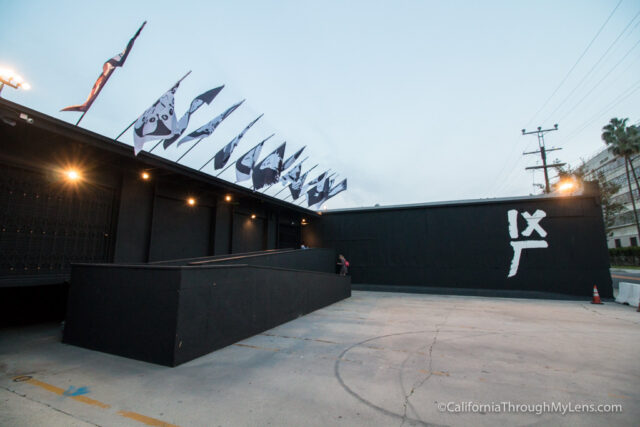 From Downtown LA, you will head out on Alameda St for about 2 miles, then turn left on Ave 19. The building for the show is down on the right, and you can see the sizeable Japanese character painted on the wall. There is street parking and a paid lot down the street, but taking an Uber is best if you live in Los Angeles. 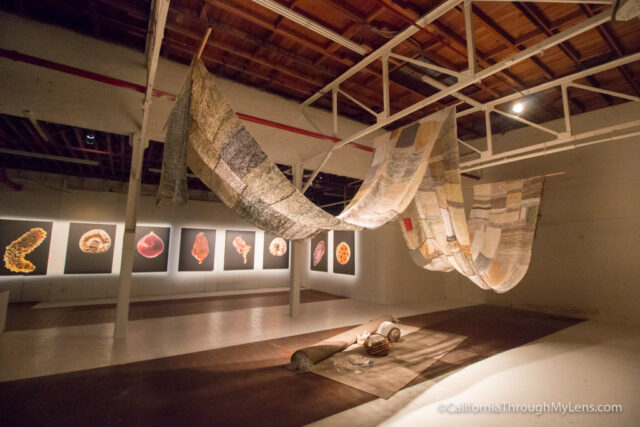 The 14th Factory exhibit is unlike any you have seen before. The massive industrial space can hold some truly impressive installations. 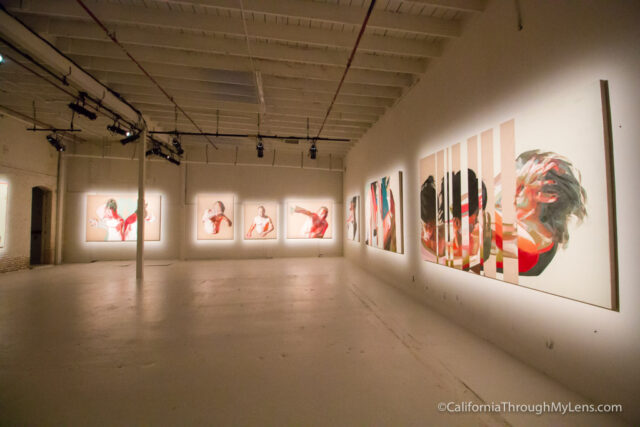 The 14 different rooms were set up to represent a hero’s journey by the artist, but that was also up to your personal interpretation. 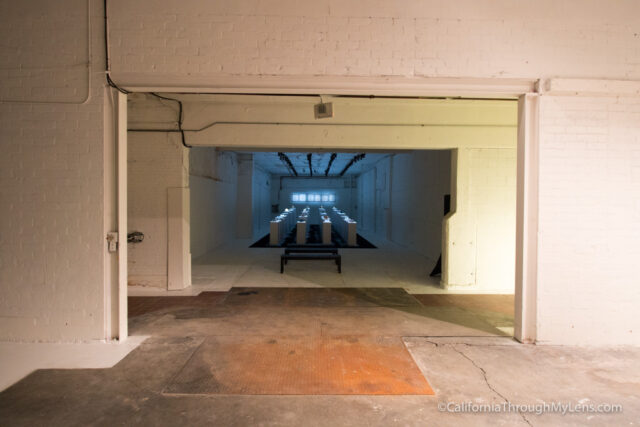 A quote from the program said that the idea for 14th Factory was to “revitalize urban spaces and gift them back to the community as a collective and transformative experience.” I would say it accomplishes that goal admirably. 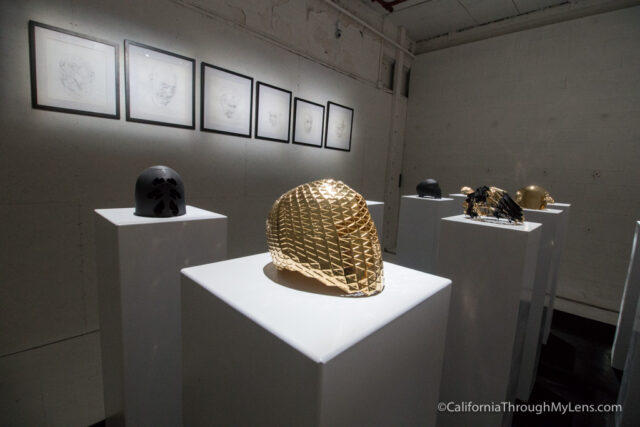 Engaging with the art takes the user on a journey through the different rooms that combine sculptures, paintings, and videos to create an immersive experience. 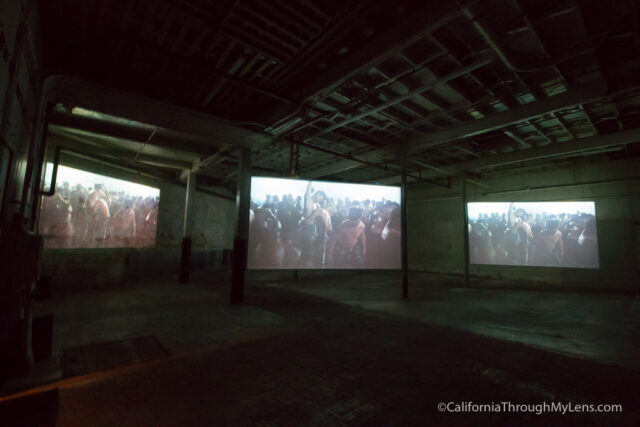 My favorite spots were these: 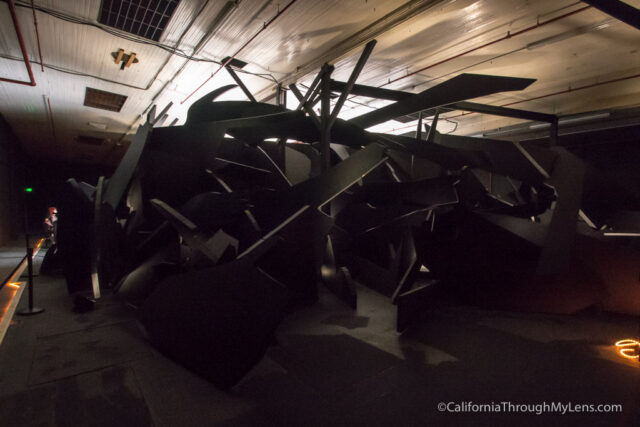 First, the giant sculpture that was designed to look like a crashed meteorite held inside of it a white room that resembled the room from 2001: A Space Odessy. 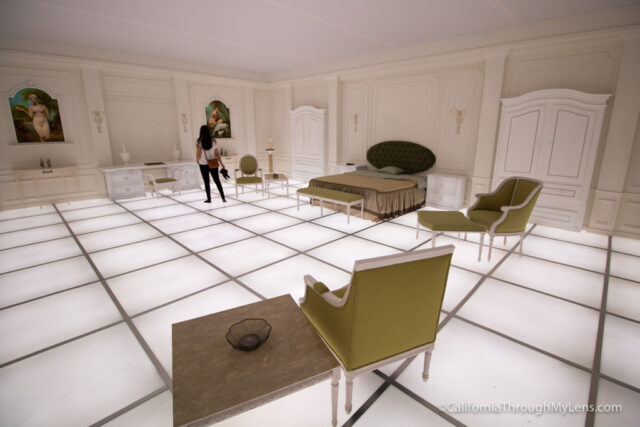 It was cool to see these two incredibly different things in one place. 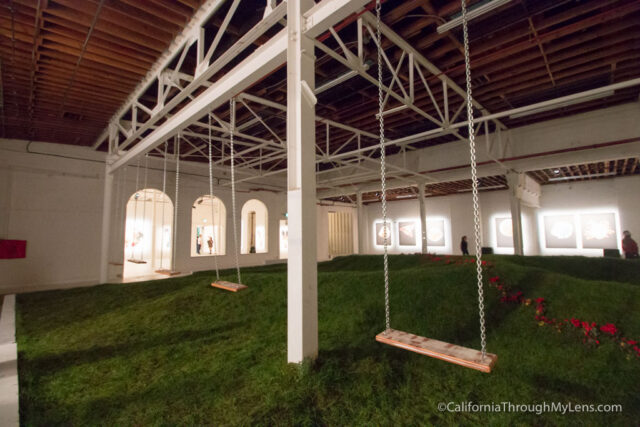 Next, there was a large main room that had mounds of grass growing in the middle and that you could walk around and interact with. There were also swings that you can swing on in the middle of the grass. 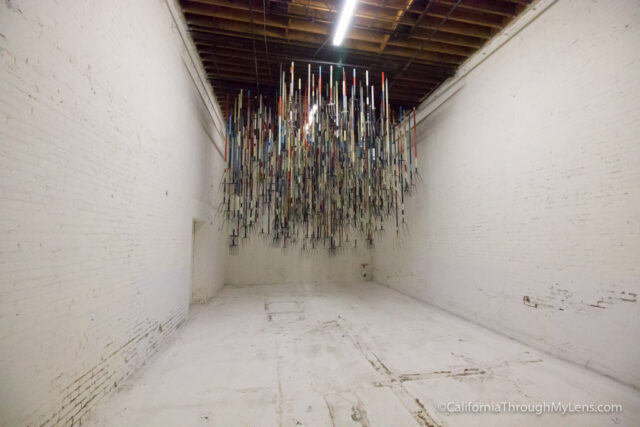 There was a room next to this called “The Crusher,” which had a hundred or so pitchforks hanging from the ceiling, and it was impressive to see / photograph. 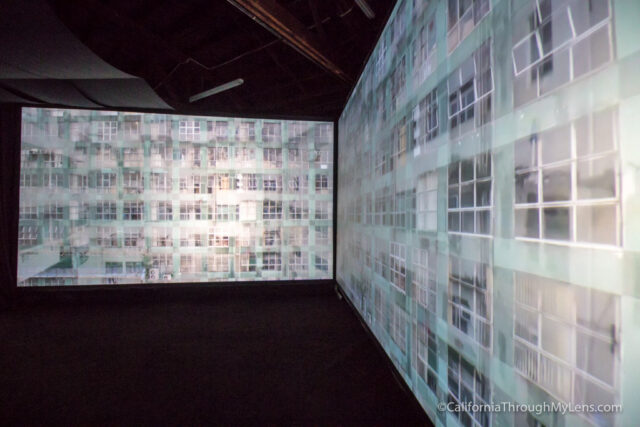 Towards the end, there was an installation called “Tannhauser,” which combined four “floor to ceiling,” video screens that played a slow moving shot of a camera panning up an industrial building. It was absorbing as it felt like you were floating as you immersed in the videos. 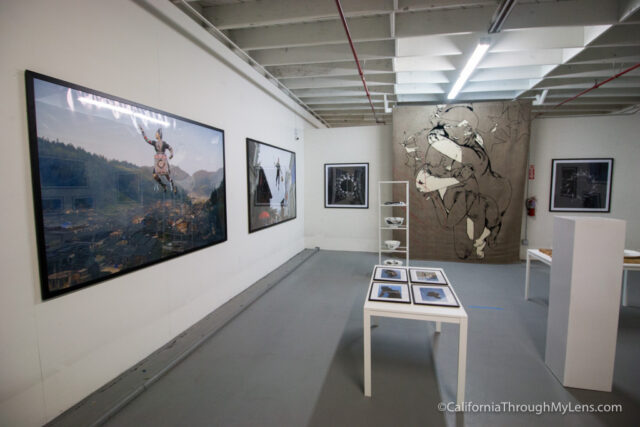 There was also a store at the end of the show that you could purchase prints and other pieces at. 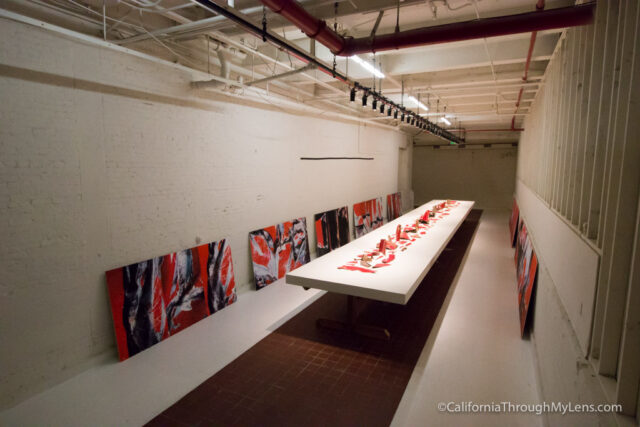 As you can no doubt see, this was not your traditional art show. This was the kind of art that I enjoy, where you can immerse yourself in it, and you never know what will be waiting for you at the next bend. 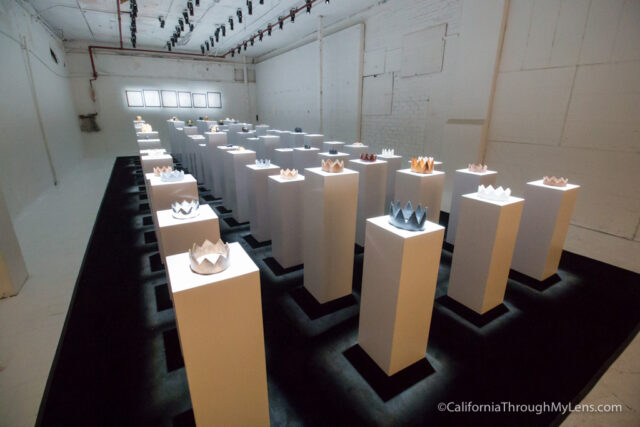 Be sure to check it out while it is here (now closed) and let me know what you think in the comments.