California is such an amazing state to explore. Every day you can see geothermal areas in Lassen National Park, gigantic trees in Redwood National Park, and waterfalls throughout the state. I wanted to make a list of some of the more rare occurrences that only happen once a year or every few years in the state of California, and that are truly awesome to witness. Here is my list and let me know what I left off in the comments. 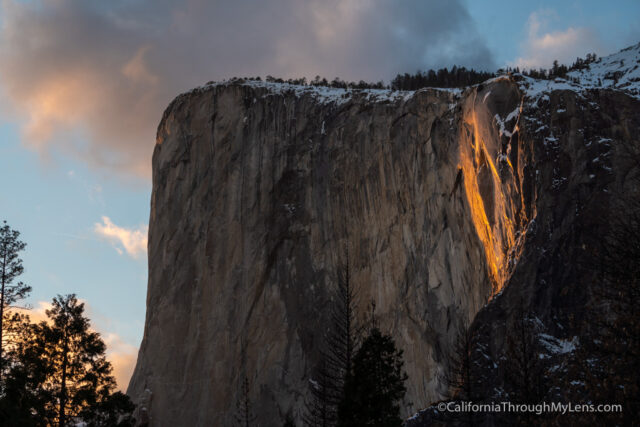 The Firefall in Yosemite National Park can happen every year in February, but it depends highly on the conditions. For it to happen, there needs to be enough snow melting to feed the seasonal waterfall, and there has to be a lack of clouds right around sunset. If those things happen, then for two weeks in the spring, you may be able to witness what looks like a waterfall of lava coming off the mountain. This happens because of the way the sun hits the waterfall during that time of year, and it something amazing to behold when the conditions are just right. 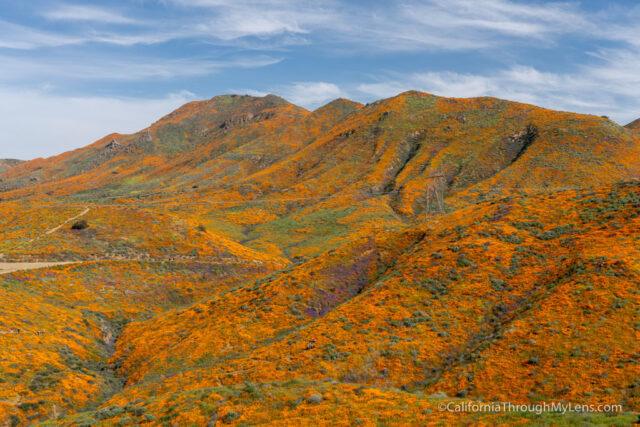 The California state flower is the poppy, and these flowers sprout up like weeds around the state if we have an unusually good year of rain. The conditions have to be just right with the right amount of rain and lack of rain at the correct times to allow the wildflowers a chance to grow. Assuming this happens, then you can experience a sea of flowers that cover local hillsides and which visitors flock to. I have only experienced two during my time running the blog. One was in 2017 in the Carrizo Plains with yellow wildflowers, and the other was in 2019 in Riverside county with poppies. The one in 2019 was especially beautiful and one of the most unique things I have seen during my travels.

Read about the super bloom in Carrizo and Lake Elsinore. 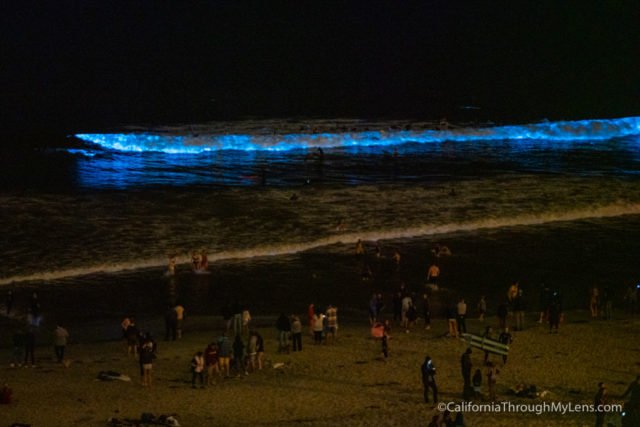 Each year in early spring or late summer, but often skipping years, it is not uncommon for a red tide to happen on Southern California beaches. It is hard to predict when exactly it will happen and even more hard actually to see. Typically you will see rust-colored water during the day, and if that happens, then you may see the waves light up blue at night. This is because of an algae bloom that can occur along the coast, and it is absolutely amazing to witness. If it happens, you want to get to the beach at night and watch the waves which crash with a faint blue color that seems to light up with movement. I have only experienced this once, but it is something I still think about, Amie and I just sat on the beach and watched the waves crash for hours. 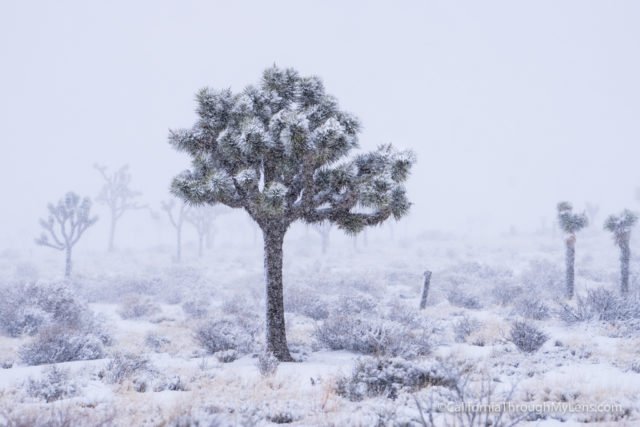 My last natural wonder for this list is experiencing Joshua Tree National Park in the snow. It is not uncommon for this to happen once a year, but the snow often doesn’t stick and is gone relatively quickly. Twice in the last five years though, the snow has come down heavy enough to stay for a few days, and it engulfed the park in a sea of white. It is truly amazing to see Joshua Tree like this since it usually is such a dry and arid landscape in the middle of the desert. If you get a chance to experience it as the snow is falling though, it is something you will never forget.

Here is a video I made of all of these recommendations.

That’s it for this list, but I would love to know what you think and if there was something I left off that you think should be on here. Let me know in the comments!