While reading and issue of LA magazine, I saw this place as a recommended adventure in the Tarzana area. Since we were already out there for Cave of Munits, I figured I might as well check out this half-mile round trip walk to the cave as well. It was a fun short adventure and here is all the information. 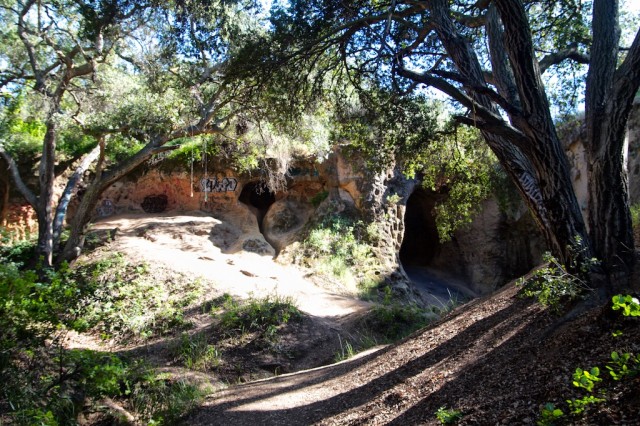 After getting off the freeway and winding around on the road for a good 10 minutes, which included a wide selection of homes I will never be able to afford, we made it to the end of the road and the start of the hike. There are no signs telling you where to go when you reach the end of the road, so just look for this big tree. 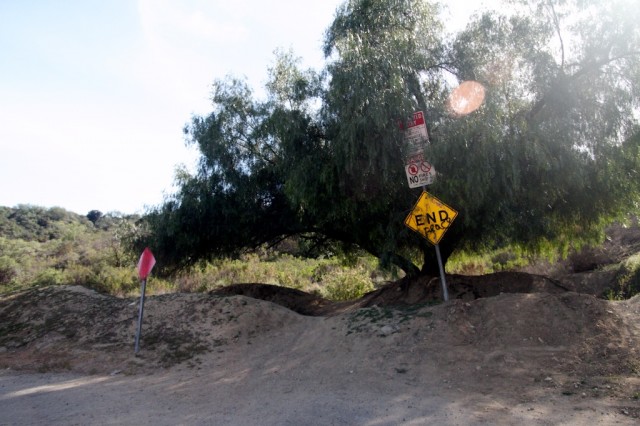 After passing the tree and starting the gradual incline of the trail, you will reach a bend in the path. The left goes to the cave and the right up the ridgeline, so we took a left. 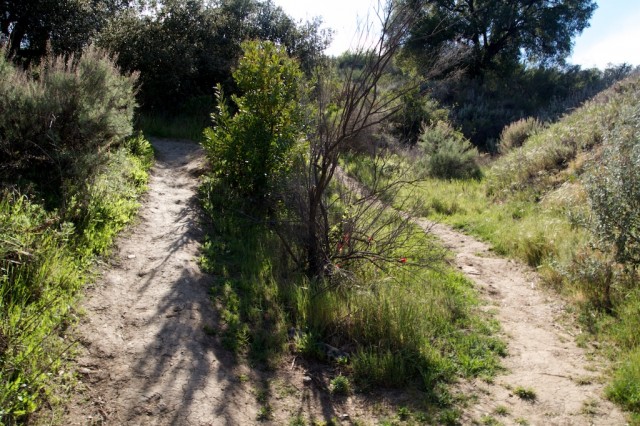 The path enters a shady area and proceeds down the hill to another split. Up the canyon from here leads to the base of the cave while the higher trail takes you above it. I would recommend the lower as you can quickly get above it when you get there

Proceed up for another couple of minutes, and you will reach Vanalden Cave. 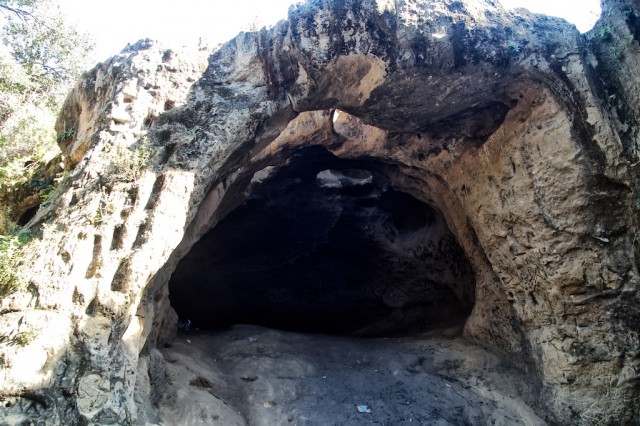 The cave itself is actually pretty big on the inside, and I would say it’s about 15 feet tall with a lot of skylights that let in the sun. 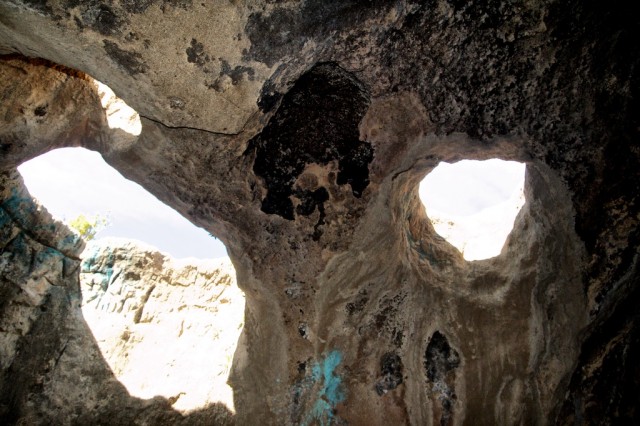 The sad thing though is that Vanalden Cave is mostly covered in graffiti, trash, and cravings, you could smell the ash from a fire the night before, and some people were having a beer on top. 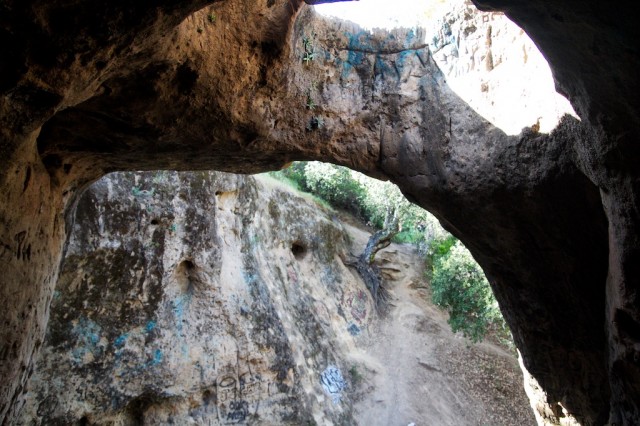 All of this takes away from the experience of the area. It was a cool cave for sure, and I enjoyed walking around it and taking pictures, but it has not been kept up by the visitors, which is sad to see. Look at the below walls and the carvings in them. 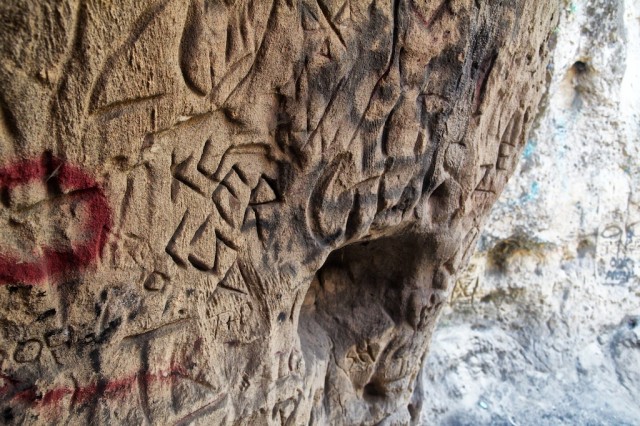 After exploring the inside, I walked up the small side trail to the top of the cave. The cave has holes in the roof, which let light down below and make for cool pictures on top. Just be careful you do not slip. 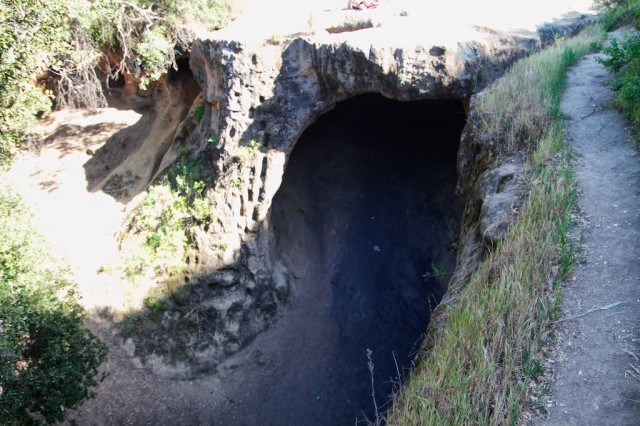 There are also some stair-like foot holes carved into the side wall near the cave that it looks like people use them to climb as well. 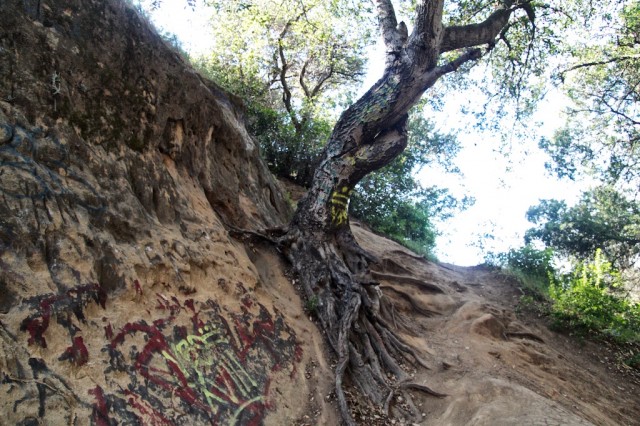 I took some pictures and walked around, but after about 15 minutes, we headed back. This is a cool hike since it is so close to the city, but the cave is pretty destroyed. I mean there were even plants spray-painted on the trail, who does that? 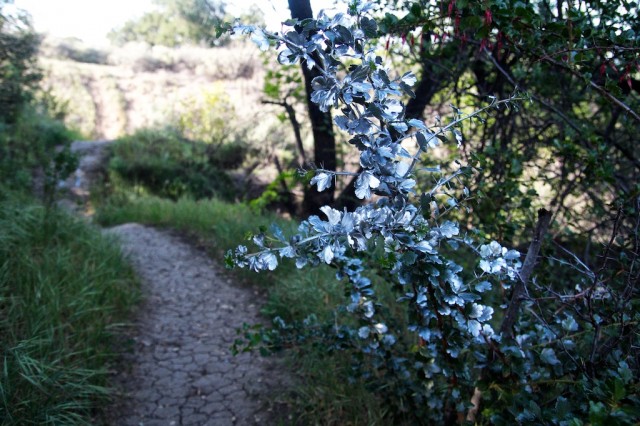 If you are looking for a cave in LA, I would recommend the Cave of Munits, which is much more preserved, but if you go there, make sure to try to keep it beautiful. As it stands though, this is a fun hike for only a half mile round trip, and it is is worth checking out if you are interested. 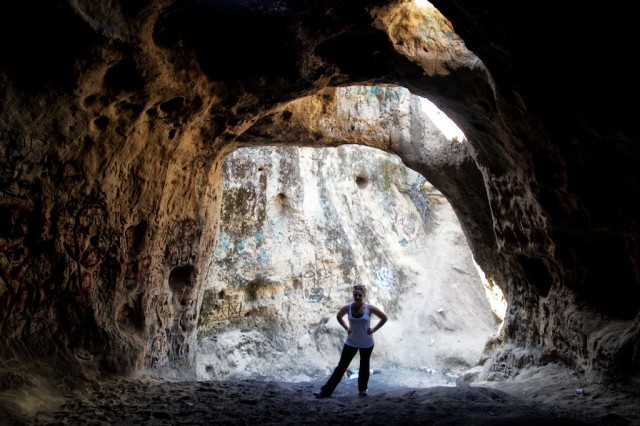 Let me know if you have been here and have comments below.