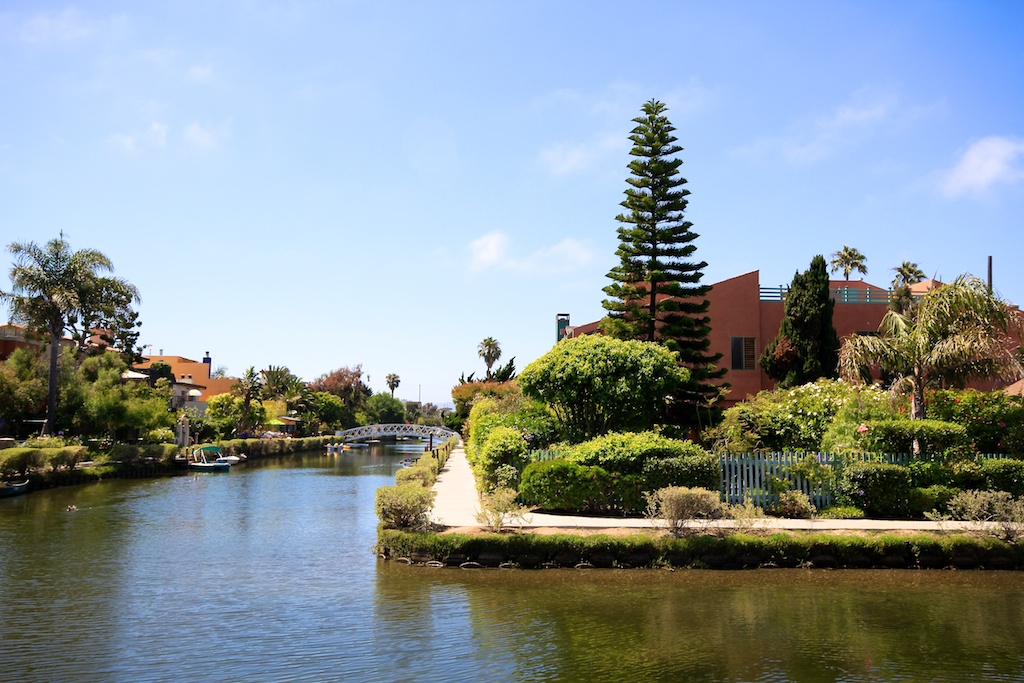 The Venice Canals in Los Angeles County are one of the most unique things you can do during a day at the beach. The canals are located right off 25th street in Venice Beach, and if you didn’t know they were there, you would easily walk right by them. The area is primarily a neighborhood of houses that line four canals about a quarter-mile long each. Along these channels are sidewalks and bridges you can walk to take in the views of this beautiful area. Read all about the canals below so you can check them out for yourself.

Here is a video I made on the canals.

Venice of America was founded by tobacco millionaire Abbot Kinney in 1905 as a beach resort town. When Venice of America opened on July 4, 1905, Kinney had dug several miles of canals to drain the marshes for his residential area and bring a taste of Venice to America.  In 1924 the city decided it needed more roads and most of the canals were filled in to pave them. After lots of court hearings from the residents about whether or not it was legal to fill them in, the Supreme Court ruled it was in 1928. By the end of the year, almost all of the canals were gone, save the ones that are still here to this day. 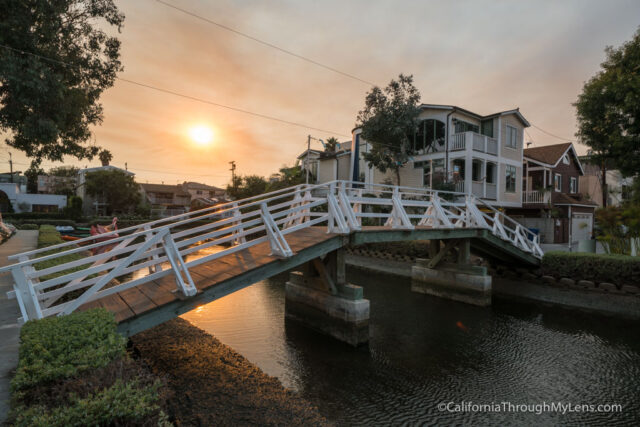 It was said that the remaining canals were saved by the Depression and the contractor’s bankruptcy. But in truth, the area, which was only half-developed, wouldn’t have supported much housing, and the lack of need for more roads saved the remaining canals.

How To Get There 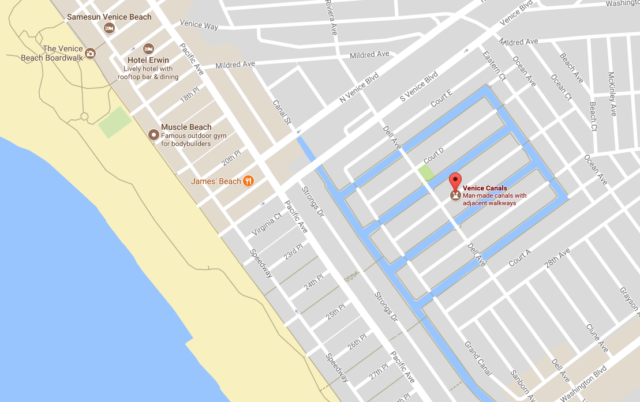 This Google Maps image shows where the canals are located in Venice Beach in relation to the boardwalk; you can see them in blue. 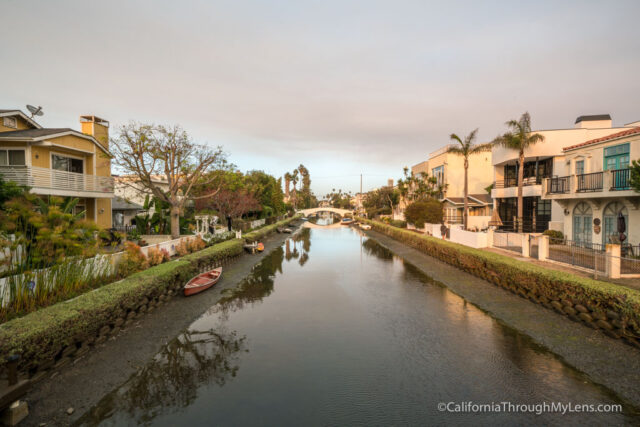 I found it easier to park in the lot at the end of Venice Blvd and walk south on the boardwalk to 25th Avenue, then cut into the canals. At 25th Avenue you can see a sign for the canals, as well as a walkway that leads you directly into the area.

The canals themselves go for about as long as you would like to walk. We walked for about 45 minutes, and there was still a lot to see. It is a beautiful place for a leisurely stroll and to take in the serene area that seems almost out of place in the chaos of Venice Beach. 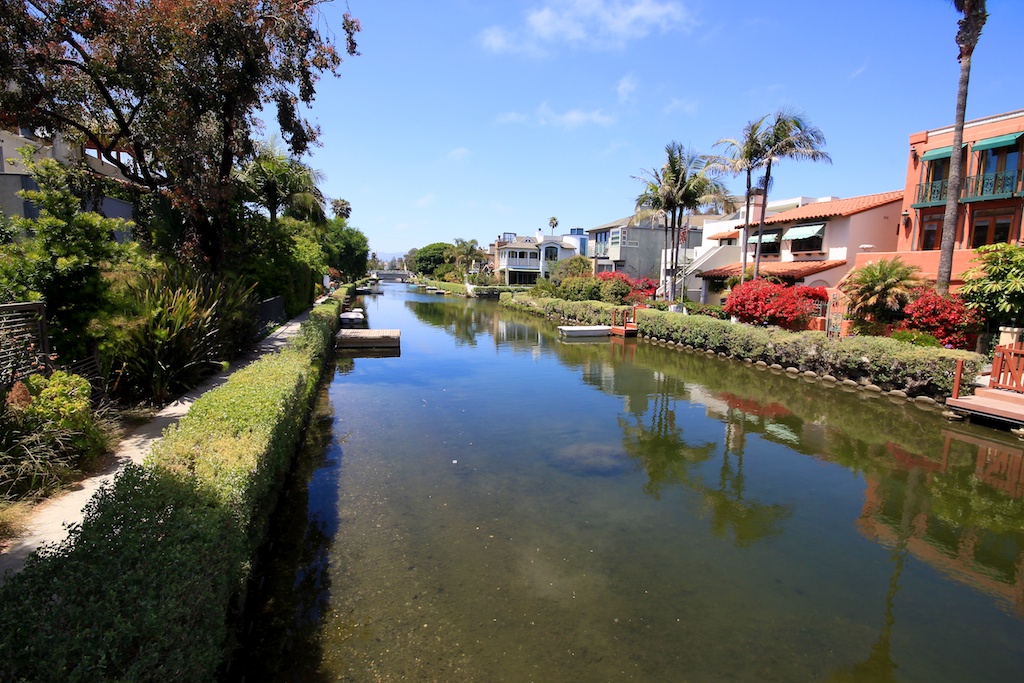 Almost every house on the canals has a dock, and half of them have some form of boat that they can take on the water. It seems like it would be a pretty cool life to simply walk outside your door, get in your gondola, and travel down the waterway to the neighbor’s house. 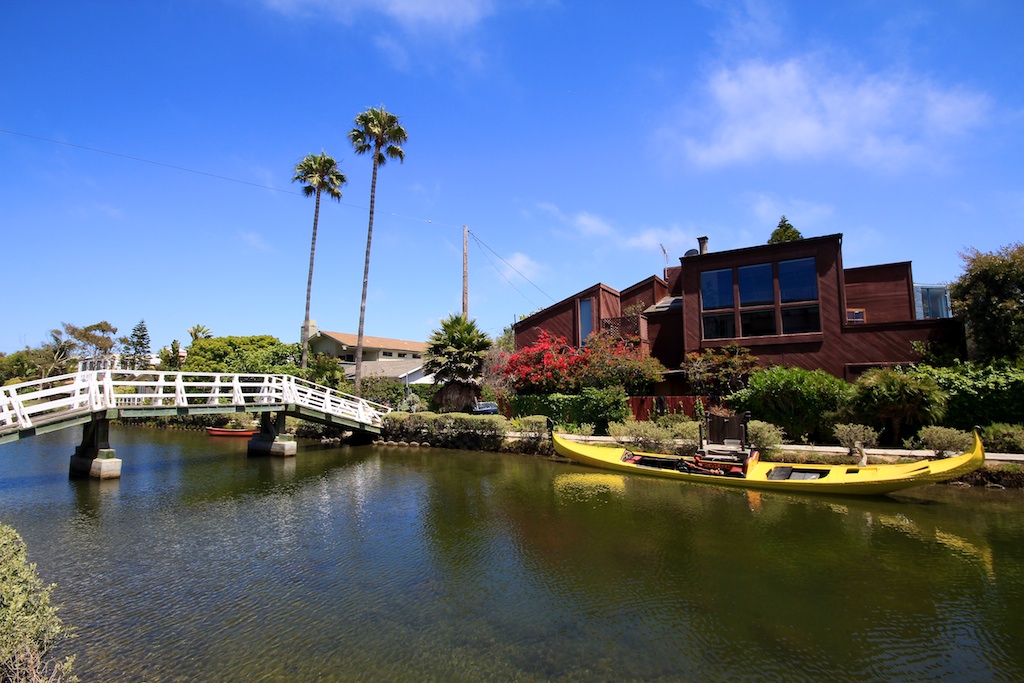 Each canal seems to have at least two or three bridges that connect the two sides. While walking the area, you will not have a hard time cutting across to adjacent sides, as there are enough bridges to make walking easy, but not enough to detract from the view. 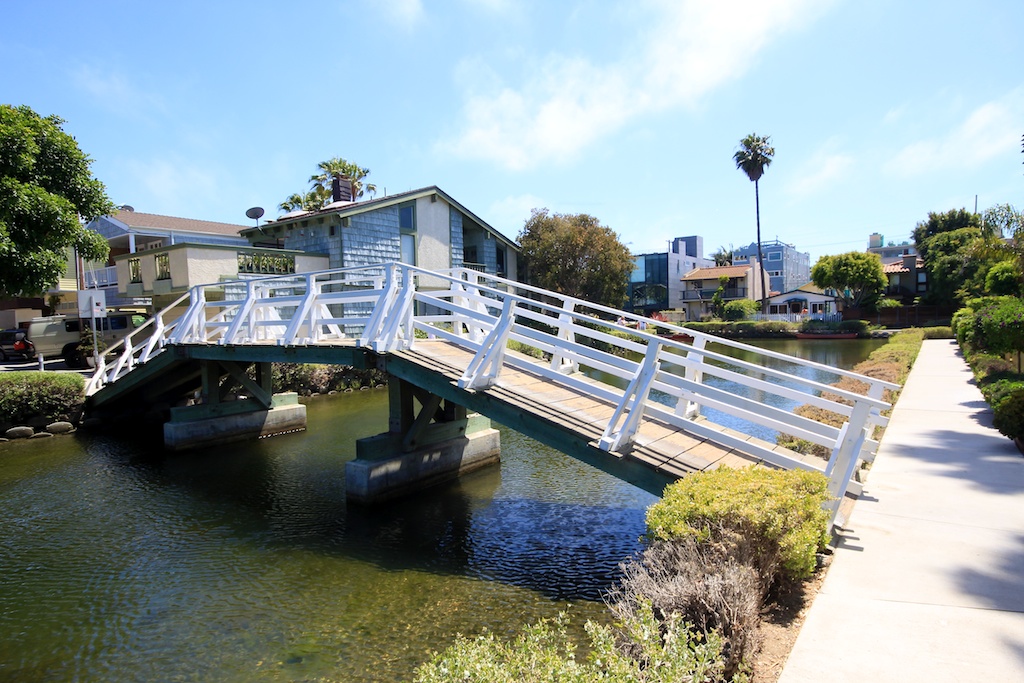 Another cool thing about the bridges is that no two appear to be the same. They have similar appearances, but they seem to be unique. 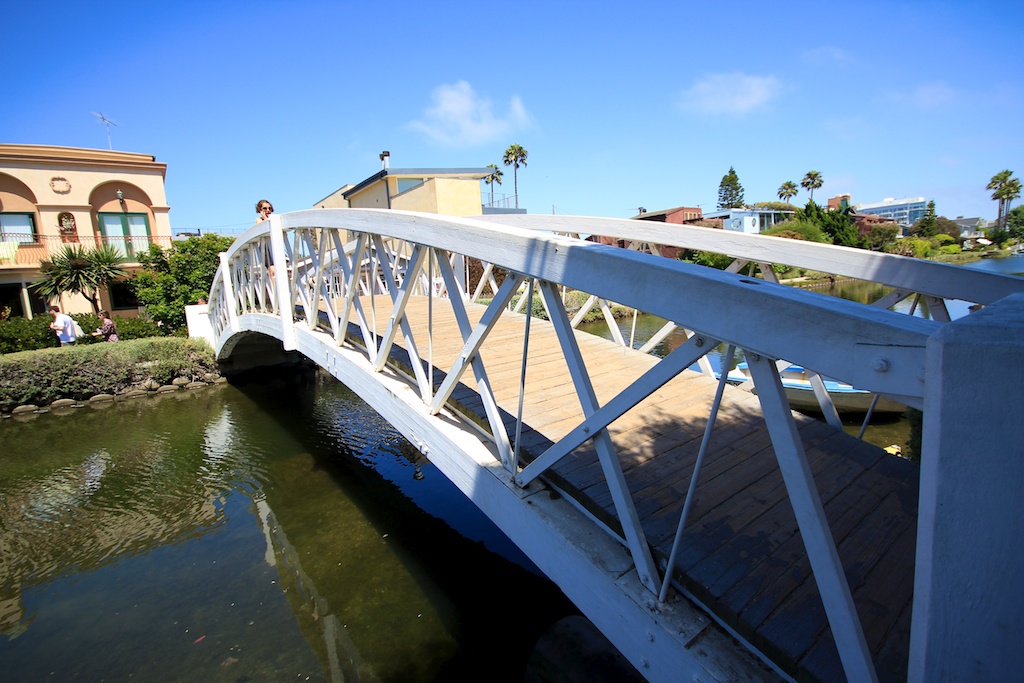 The bridges provide excellent vantage points of the waterways for photography as well. The below picture was taken from a bridge right at sunset. 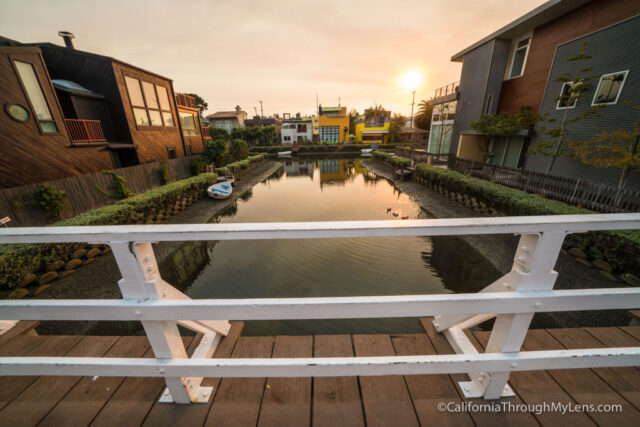 The other standout for this area is the lavish houses that line the canals, and before you ask, they start at around a million dollars. So, unfortunately, they are about $900,000 out of my price range. Oh well, it was still a lot of fun to walk along and check them all out. 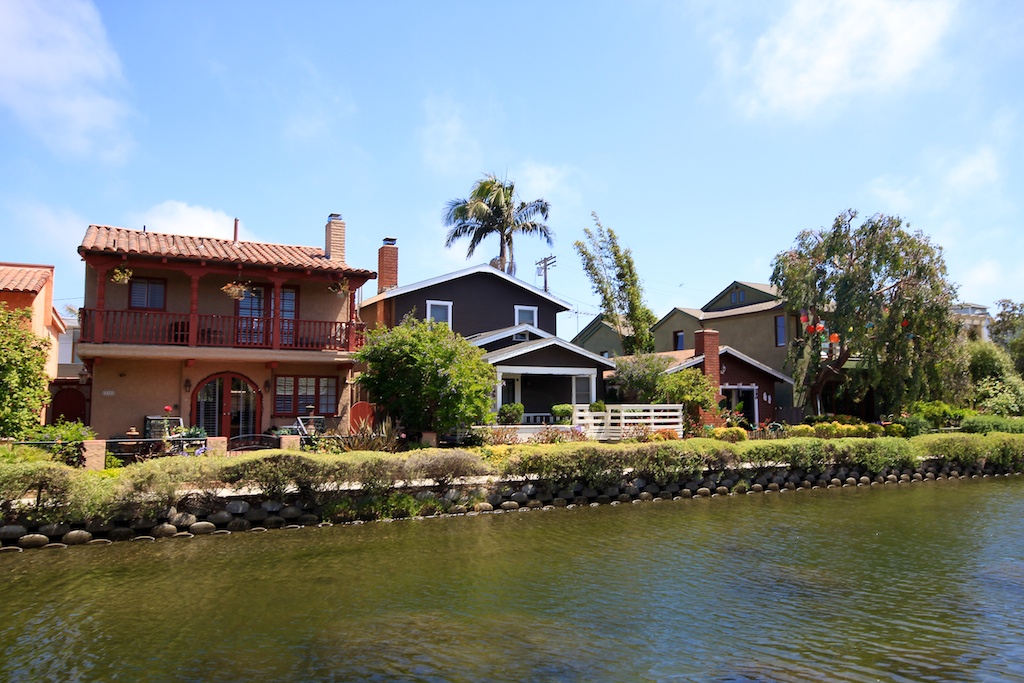 As you would expect, most of the houses have been extensively kept up, with the plants never coming onto the walking path. Through the time I was there, I only saw one house that was rundown, and for sale, everything else looked like it had exceptional attention to detail in keeping the house in tip-top shape. 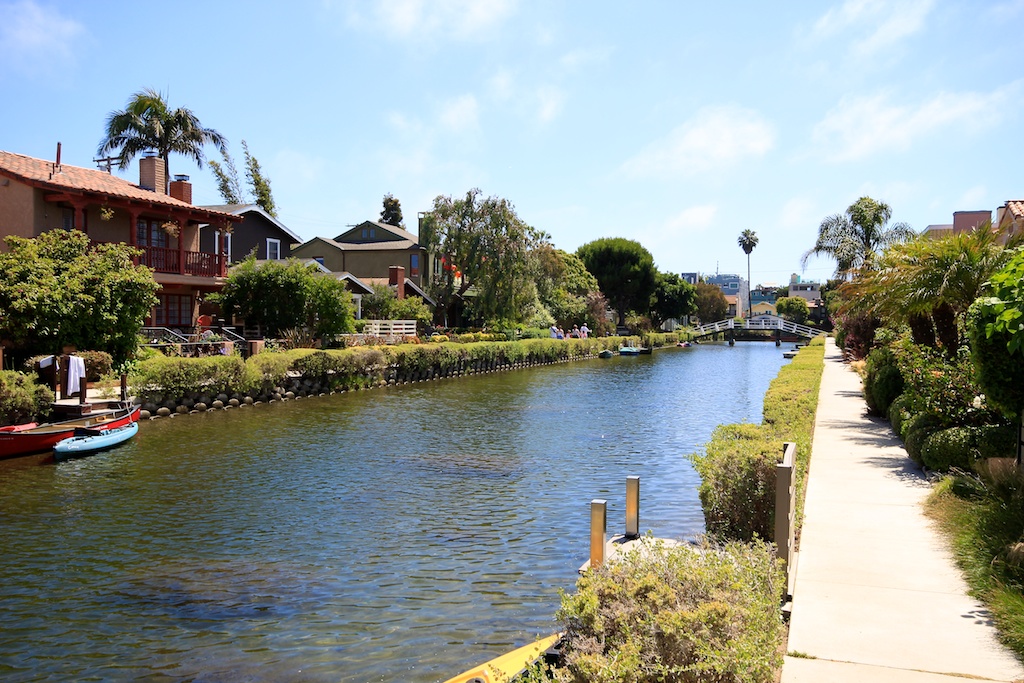 I would highly suggest you add the Venice Canals to your list and experience them for yourself. It is an excellent place for a stroll with your significant other, or a great free excursion if you are spending a family day at the beach. Get directions below and let me know what you think in the comments. 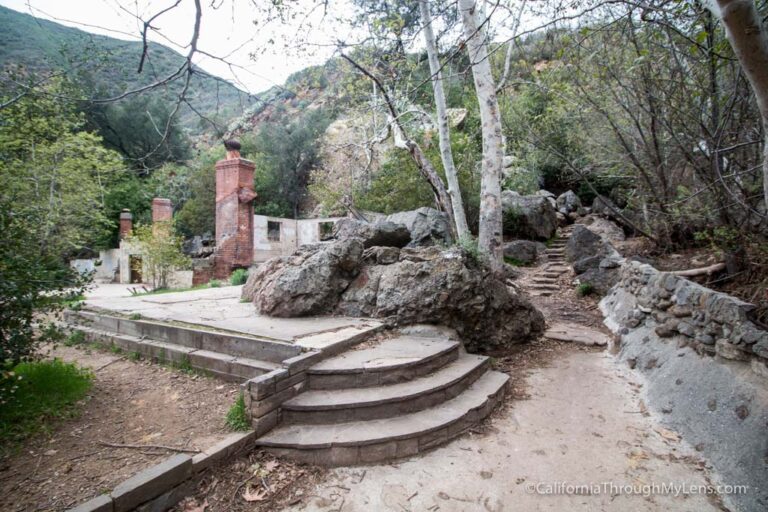 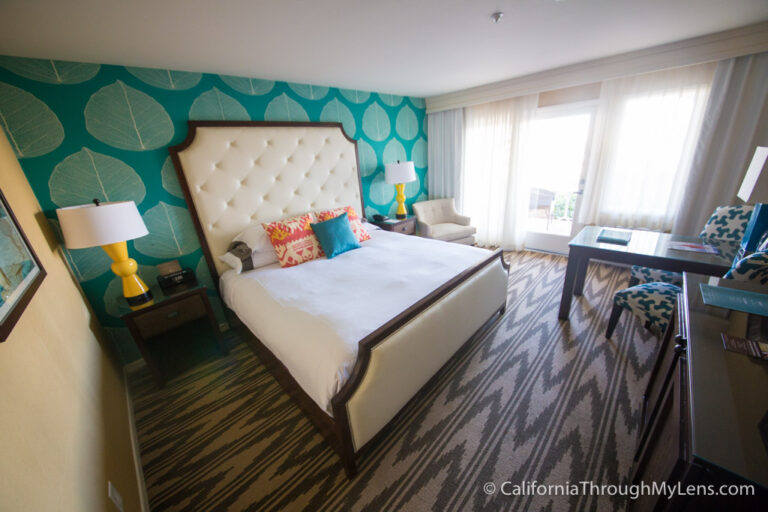 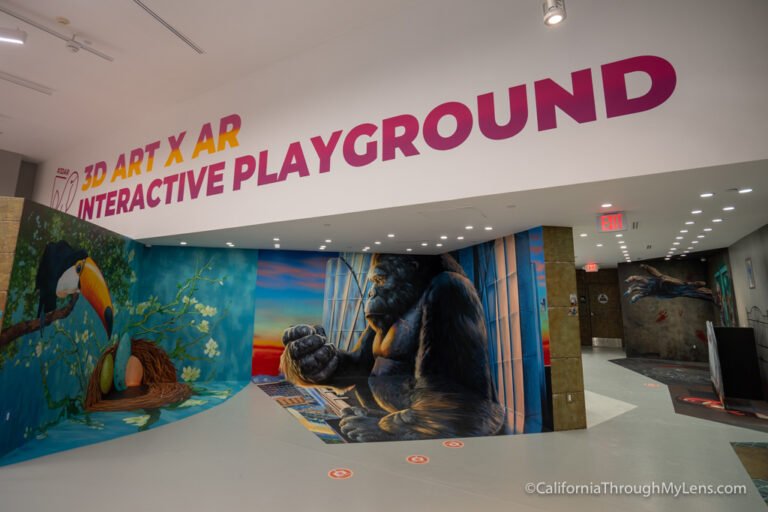 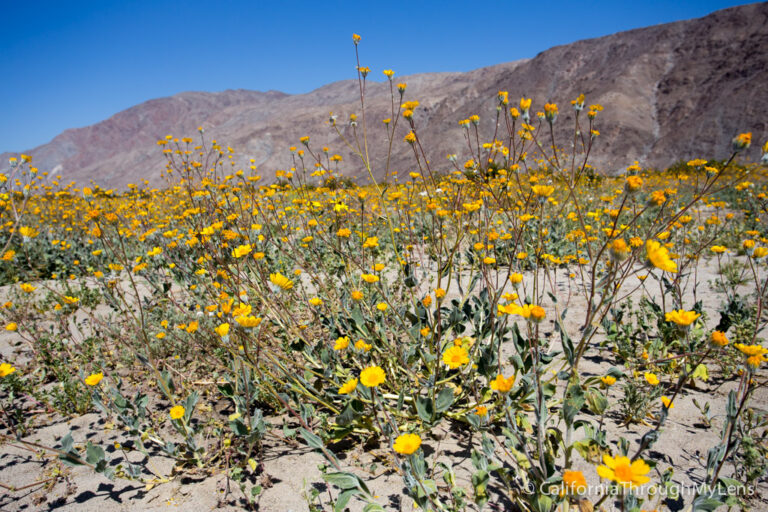 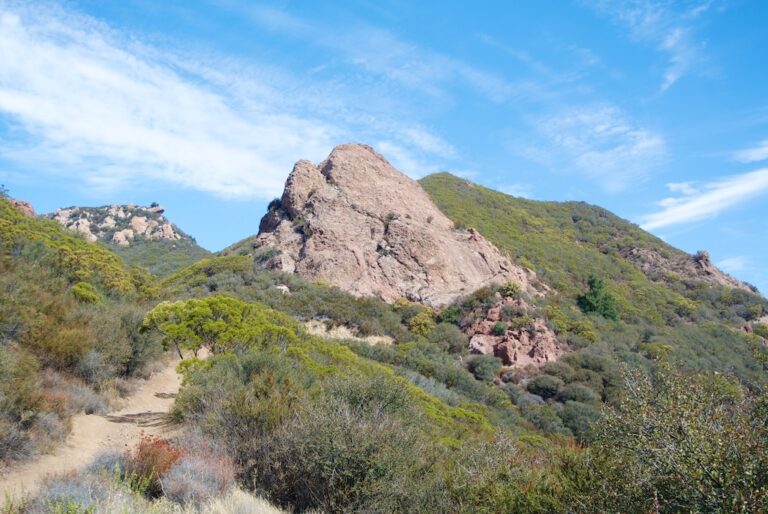 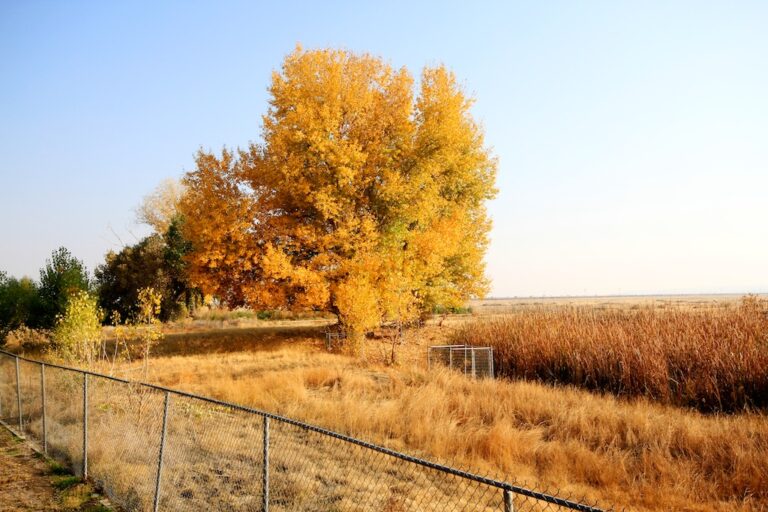